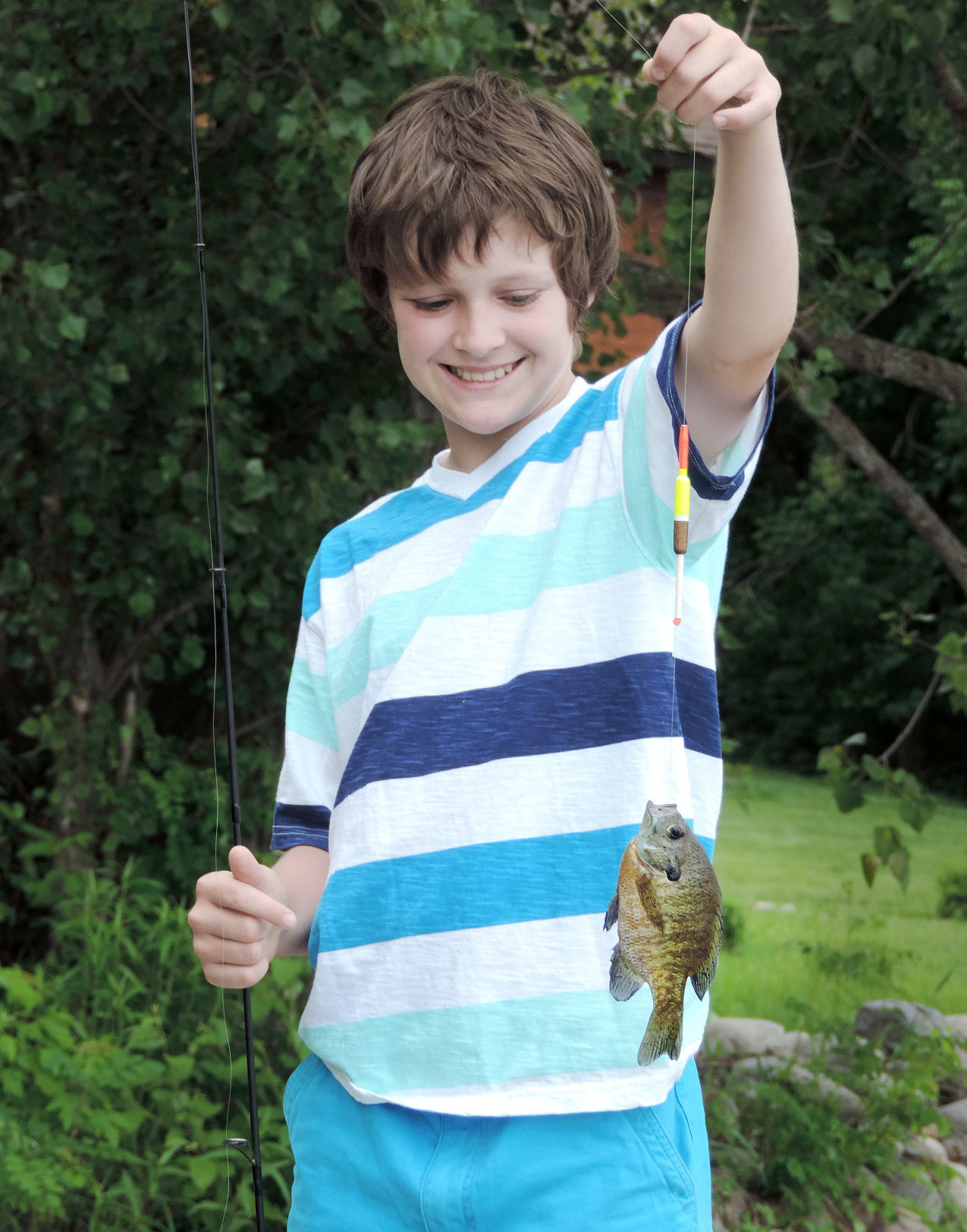 A young angler proudly displays the bluegill he pulled out of Spooner Lake. 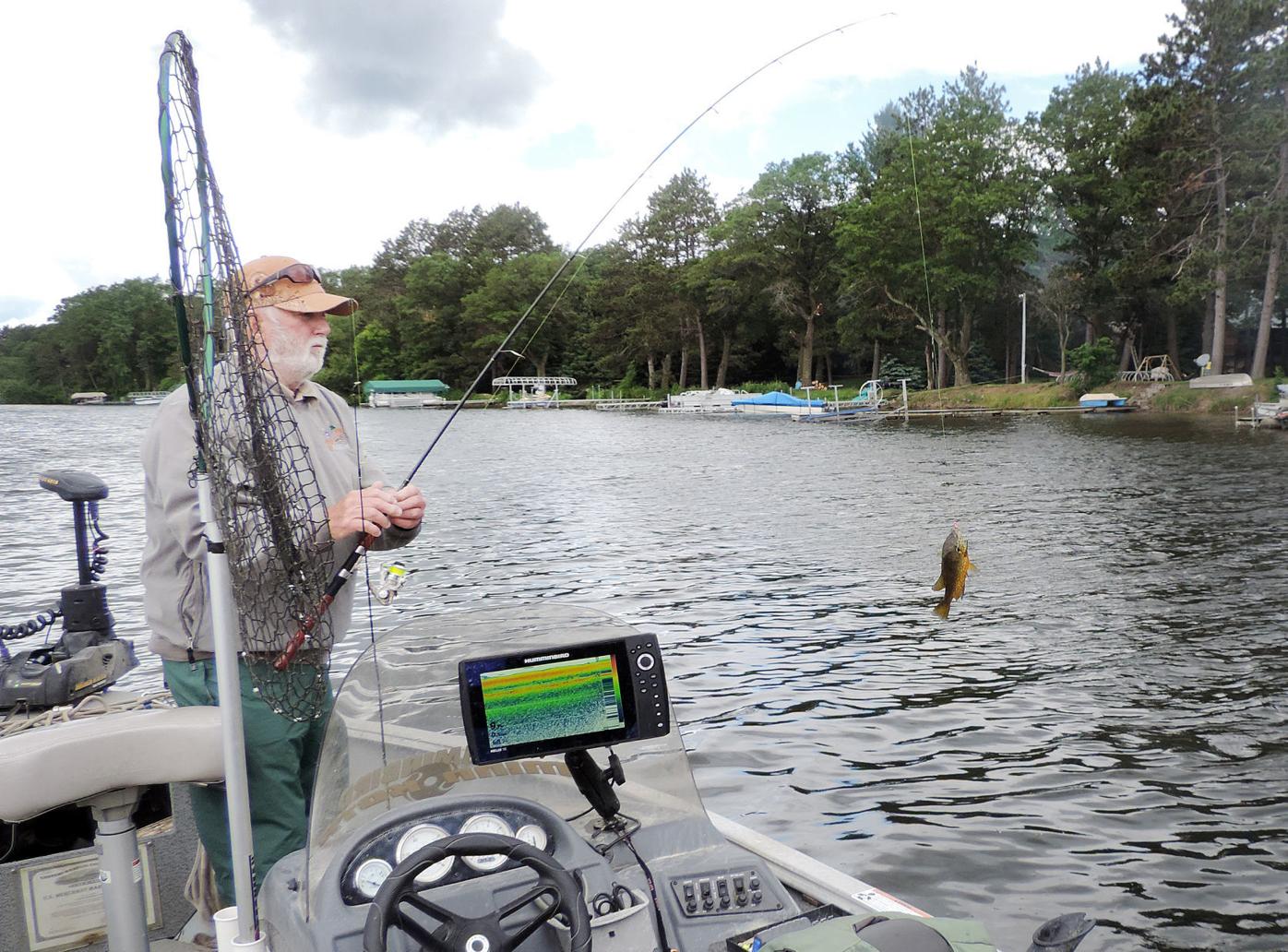 A young angler proudly displays the bluegill he pulled out of Spooner Lake.

With all the turmoil in our world today, it’s difficult to wrap our heads around the unofficial midpoint of summer is this weekend.

Many communities have canceled Independence Day festivities like fireworks, parades and town picnics.

Travelling great distances to family gatherings will be limited this year. Staying home—or close to it—will be the norm this Fourth of July. Boat traffic on area lakes and Rock River has been nothing short of crazy since stay-at-home guidelines were lifted several weeks ago during the week, with watercraft congestion several levels beyond nuts on the average Saturday.

Tomorrow’s boat traffic will remove almost every concept of a serious, successful fishing trip from the realm of sober possibility.

Bluegills may be the only fish species that can be used in a rational sentence which includes “successful” and “fishing” this weekend, actually focused on lunacy as the natural order of things.

Moon phase has a serious impact on bluegill activity during the summer months in Wisconsin. The primary bluegill spawning period in this part of the state is around the time of the full moon when Memorial Day kicks off summer.

Few folks know that these popular panfish also make spawning attempts during the full moon periods in July and August, scraping clusters of saucer-sized depressions in fairly shallow water along the shoreline a couple of days prior to the full moon. But unlike behavior during the primary spawn in late May, the fish vacate the beds on the day of the full moon for nether reaches of the lake in deeper water.

With the full moon reigning over the nighttime sky Sunday night, today and tomorrow offer rare opportunities to harvest a serious mess of these popular pannies for those willing to contend with hordes on the water simply in search of a good time.

If your springtime bluegill honey hole is now covered with maturing American water lotus plants (lily pads) there will be essentially no change in water temperature since May, since the pads provide shade which keeps the water under them up to 10 degrees cooler.

Most lakes in southern Wisconsin experience stratification during the summer months. If no suitable weed growth is present, water temperatures are generally too warm for comfort in the top layer of water, known as the eplimnion. Panfish, and larger species which prey on them, spend most of their time cruising in the cooler mid-layer of water that most folks call the “thermocline.”

Depending on water clarity and several other significant factors, the thermocline can be in water more than 15 feet deep during mid-summer. Warm-water species, such as bass and panfish, don’t spend all their time in the aquatic version of air conditioning.

With metabolism of these cold-blooded creatures in overdrive in the warm water, they will seek food wherever it tries to hide. For panfish, this usually means seeking refuge in the heaviest woody or aquatic vegetation, with predators like bass and pike leaving the comfort of cooler water driven by the need to feed.

Practically every fisher who takes freshwater angling seriously is aware of the “Fishing 101” information in the last few paragraphs. But understanding the impact of moon phase on fish behavior is graduate level stuff many dismiss as philosophy because this bluegill behavior prior to the night of the full moon defies hydrodynamic logic.

If you’re in the group who thinks they are too “cool” to chase bluegills in shallow water the next couple of days, you might consider donning a pair of Polaroid shades.

The ability of Polaroid sunglasses to diminish glare on the water just might reveal bluegill spawning beds between the weeds that can offer action hotter than the Fourth of July!

Ted Peck, a certified Merchant Marine captain, is an outdoors columnist for The Gazette. Email him at tedpeck@acegroup.cc

Wisconsin is among 20 states that have not issued mandatory mask orders as a method to combat the spread of the coronavirus. Is Wisconsin doing the right thing?