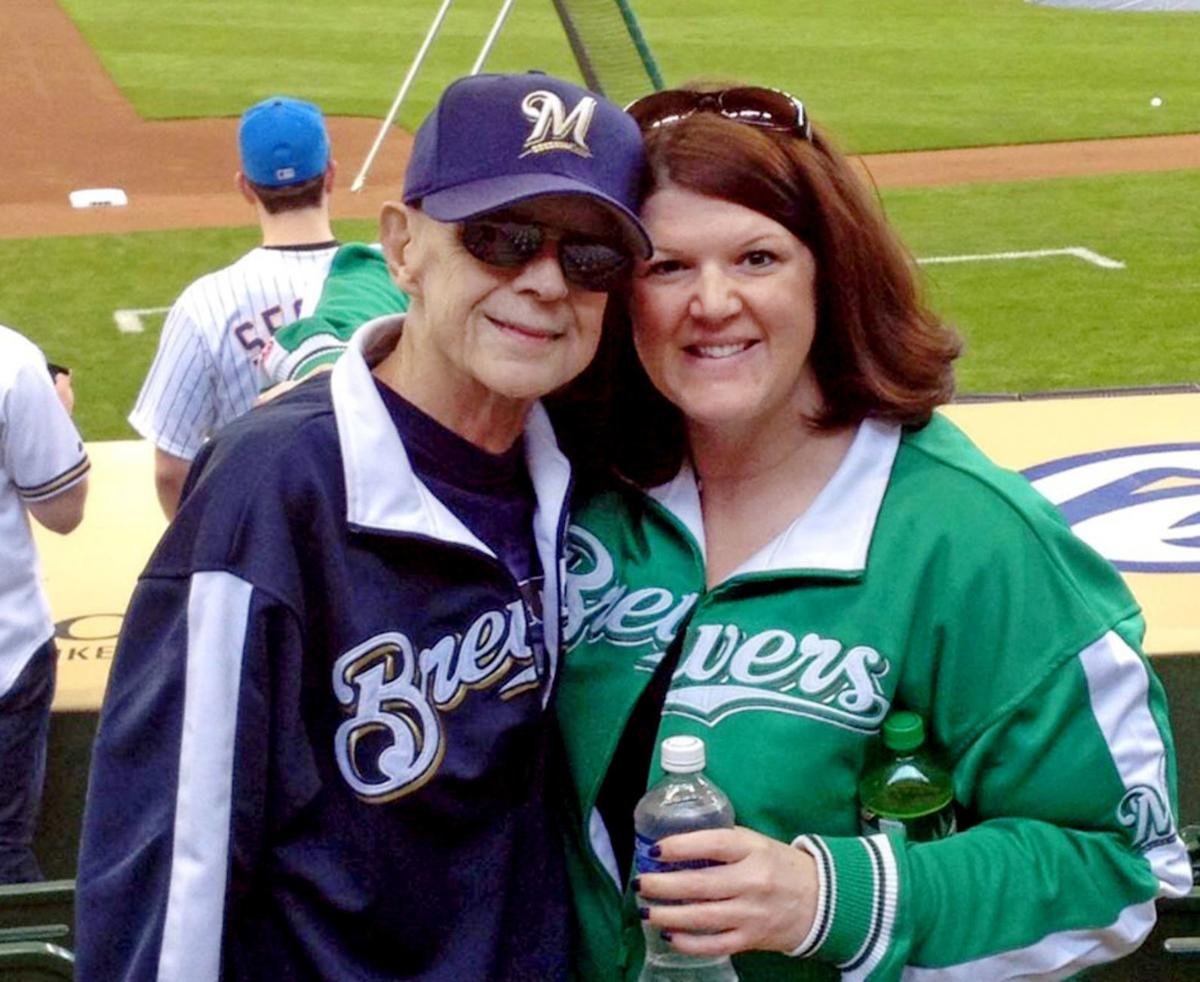 D'Ann Johnson poses with her father, Gary, at the 2014 Brewers Opening Day. It was the final Opening Day the two spent together after starting a tradition of going together in 2008. Gary died of lung cancer in 2015. 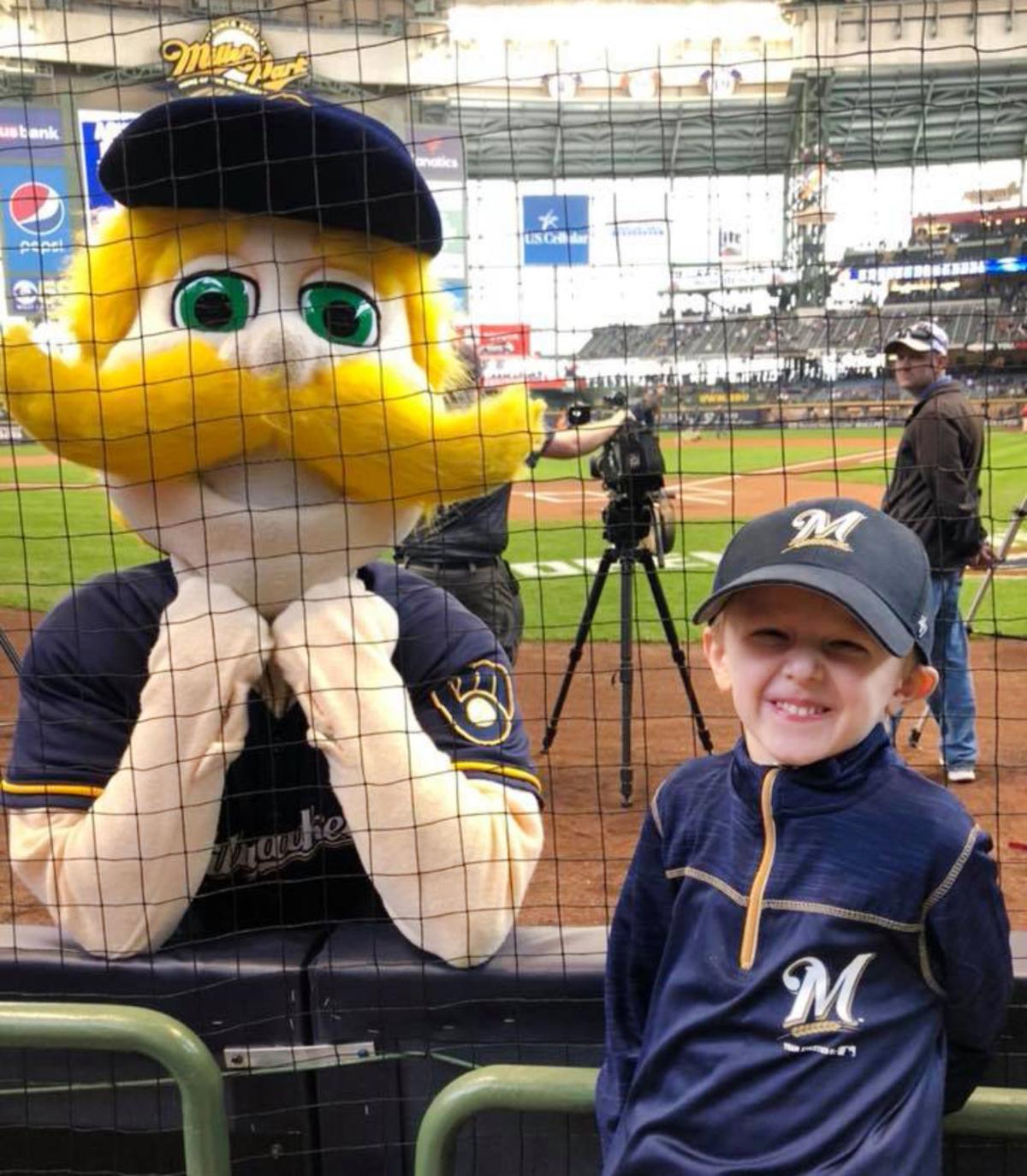 D'Ann Johnson poses with her father, Gary, at the 2014 Brewers Opening Day. It was the final Opening Day the two spent together after starting a tradition of going together in 2008. Gary died of lung cancer in 2015.

This was the day the Milwaukee Brewers were going to open their 2020 regular season at Miller Park against the Chicago Cubs.

The high temperature is supposed to be 43 degrees, and with the roof closed, Miller Park would have been rocking.

When opening days around the country were postponed due to the coronavirus pandemic, many of the ticket holders were disappointed because openers are treated as major party opportunities.

Others treat it as the end-of-winter celebration, with the green grass of Miller Park a sign of warmer days ahead.

For others, such as D’Ann Johnson, a 1994 graduate of Janesville Craig High, opening day has a deeper meaning.

Johnson, who went to DePaul University in Chicago after graduating from Craig and now lives in Mount Prospect, Illinois, will always remember her father, Gary Johnson, when Opening Day rolls around.

“Growing up, my dad would take my brother and I to one or two games at County Stadium,” D’Ann said Wednesday evening. “But Opening Day was always reserved for his buddies, because it’s more of a party atmosphere.”

When D’Ann left home to go to school and then take a job, she felt a “disconnect” with her father, Gary.

Baseball was the answer. D’Ann purchased a Friday night 10-pack of tickets. For 10 Friday night games during the season, D’Ann would drive to Milwaukee from Mount Prospect. Gary would drive in from Janesville.

“I was looking for something that would be ‘our thing,’” D’Ann said.

The pair were at every Opening Day. Then, in 2013, Gary was diagnosed with Stage 4 lung cancer caused by Agent Orange exposure Gary went through while serving a tour of duty in Vietnam. He missed the 2013 opener but made it for the 2014 opener.

“He was pretty sick, and I was five months pregnant with my son,” D’Ann said. “That was my dad’s last game, and technically, my son’s first game.”

Both D’Ann and Gary enjoyed Opening Day for the pomp and circumstance—the pageantry, military color guard, the singing of the national anthem and just walking around the stadium.

“He was a very proud Vietnam vet,” D’Ann said. “He had a great love of country, of family and of baseball. It was a combination of those things, and it was always very emotional for him.

“That’s why it was such an important thing for us to do together.”

Before he died, D’Ann made a vow to her father.

“I promised my dad that I would continue our tradition every year that I was able for the rest of my life,” D’Ann said.

D’Ann’s son, Zachary, is now 5. Zachary still finds it difficult to sit still during games. But there will come a time when he realizes what is behind that trip to Milwaukee.

Johnson hopes to attend Opening Day this year, whenever that might be. Zachary will be at her side.

“People talk about baseball tradition, they talk about it from a father to a son,” D’Ann said. “I find it interesting that mine is from a mother to a son. It doesn’t matter. It’s about connection.”

And that connection will always have a special meaning for D’Ann.

“My son is never going to remember his grandfather because he died when he was six months old,” D’Ann says. “But this tradition is a way to ensure that he lives on for him. It makes sure there’s a connection and continuity in our family.”