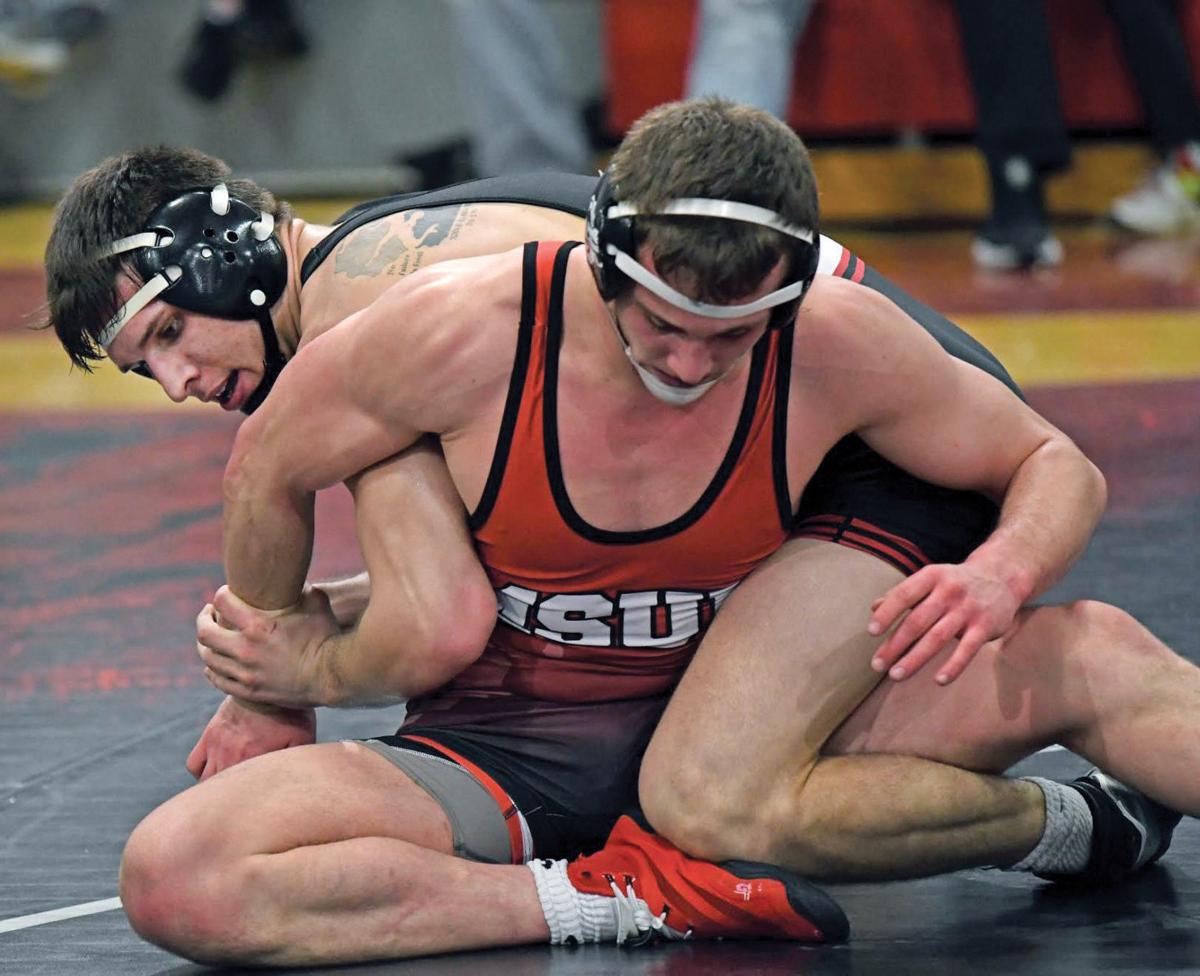 Sophomore Billy Pitzner, behind, a Milton High graduate, went 17-4 this season at St. Cloud State, which was looking for its third straight undefeated championship run. 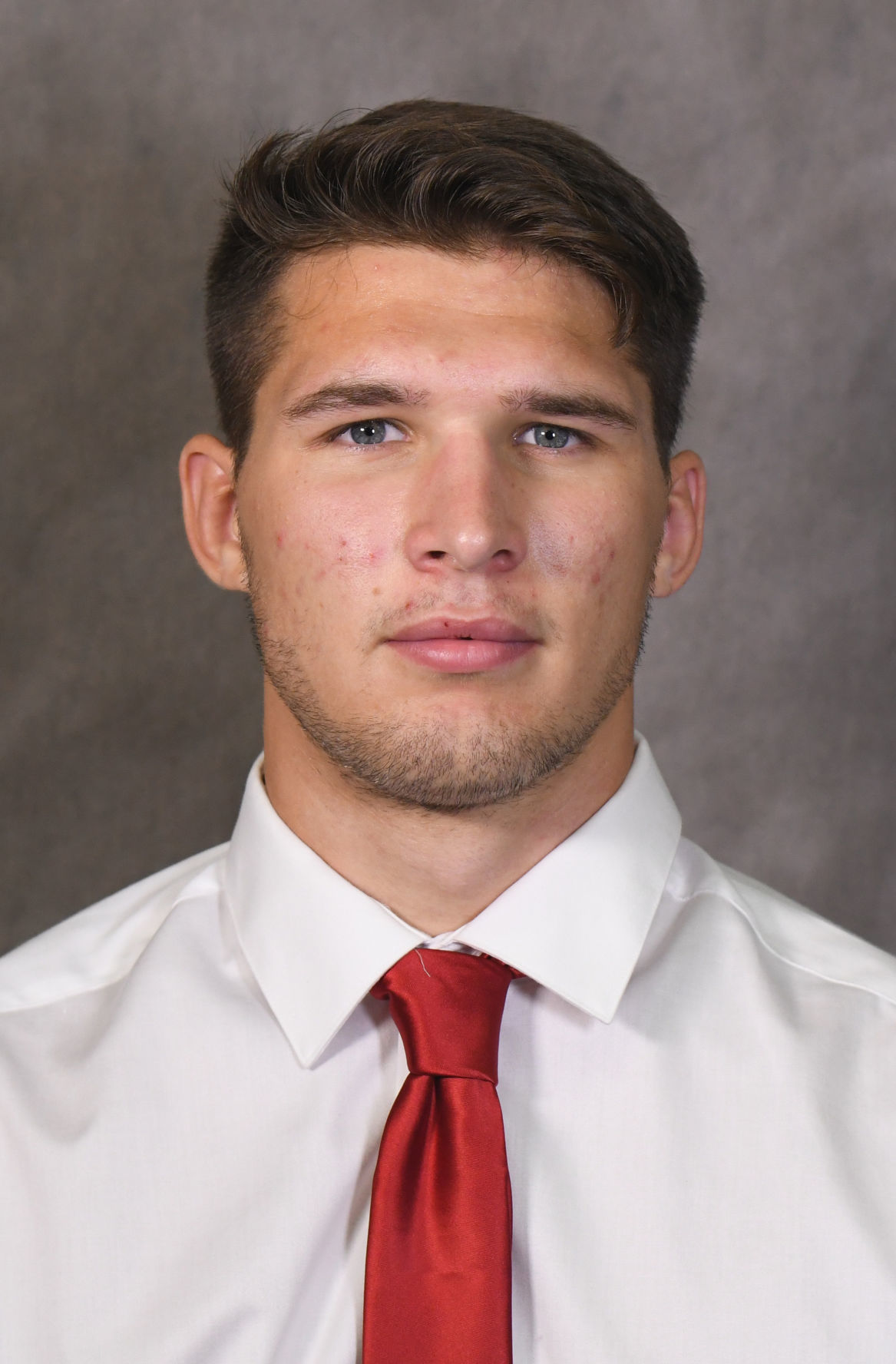 The only thing that could stop Billy Pitzner and the St. Cloud State wrestling team was a worldwide pandemic.

Pitzner, a former state champion wrestler at Milton High, and the Huskies were looking for their third straight undefeated season.

St. Cloud State went a combined 39-0 the previous two seasons, which were both capped off with NCAA Division II team championships. The Huskies won another regional championship this season and went into the NCAA Tournament—slated for March 13 and 14—as the No. 1-ranked team in the country.

However, St. Cloud State’s chances for a third straight undefeated season was cut short with concerns of COVID-19.

“The best word to describe it is heartbreaking,” said Pitzner, a Jefferson native. “We work almost all year-round to get to that tournament and it gets canceled the day before.

“We worked to earn it. When you put the work in, that’s when you see the results. After all the hard work we put in, we were feeling good about taking another national title home.

“I know my class was looking forward to four or five national titles before we graduated, and they just took one away.”

Pitzner, a redshirt sophomore, finished his season with a 17-4 record. As a redshirt freshman last year, Pitzner went 12-4 during the Huskies’ national championship run.

“I feel like I had a really good year. I had a lot of good looks,” Pitzner said regarding his sophomore season. “Being able to start in the lineup a few times just gets me excited to be the starting guy next year.”

Pitzner said he felt like he was at a similar level this season as Overton, who entered the national tournament as the country’s third-ranked wrestler at 184.

“It makes me excited for what the future holds,” Pitzner said. “It sucks that he (Overton) wasn’t able to go and wrestle at nationals, because that would give me a good perspective where I would be at knowing how I compete against him and his opponents.”

The in-team competition between Pitzner and Overton at 184 is an example of what has made St. Cloud State—which has captured four of the last five national championships—so good.

“Most of the kids that are starting are ranked in the country, top five even in the country,” Pitzner said. “You’re wrestling the best kids every single day. The coaches come up with the practice plans, but you learn almost everything from the kids you wrestle in practice.”

And that friendly competition helps breed swagger for Pitzner and the Huskies, who have just two losses over the last five seasons.

“It’s an awesome feeling when we walk into any event. We’re St. Cloud; we’re known for our wrestling team,” Pitzner said. “It’s all eyes on you. Being part of that atmosphere is awesome.

This year’s season will undoubtedly be a “what if” year for the Huskies. But all Pitzner and his teammates can do is look to the future.

Pitzner said he wants to hold a full-time starting lineup spot next season and is looking to be one of the leaders of the team as he enters his fourth year.

“I want to be on the podium next year. I’m thinking top three,” Pitzner said. “The ultimate goal is taking the national title.”