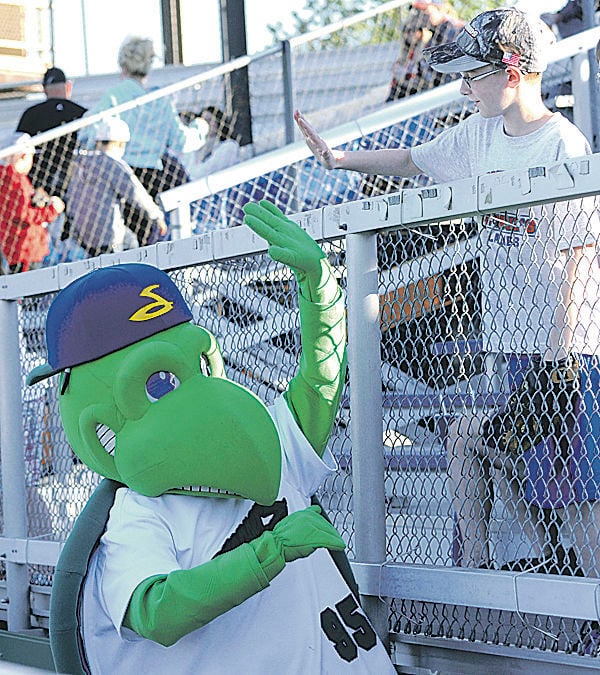 Some fans are hoping Snappy receives a reprieve. 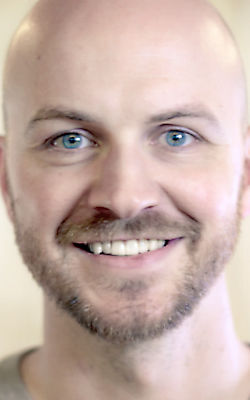 Ben Witkins has more than just a passing interest in the proposed name change of the Beloit Snappers.

For a few summers, he was Snappy, the green turtle that walks around Pohlman Field during Snappers minor league baseball games.

While in high school in Beloit, Witkins followed in the footsteps of his older brother as a summer worker for the Snappers from 2003-2005.

“I worked at the concession stand, and I was Snappy,” Witkins said last week.

So Witkins took notice when he heard Quint Studer and the new ownership group for the Snappers planned to go with a new nickname.

Team name changes usually are met with resistance. Just look at the Washington NFL team. It reluctantly gave up its logo this summer, and until a new permanent name is chosen will just be the Washington Football Team.

Now, Studer is a smart businessman and, along with Diane Hendricks, has hopefully saved the franchise from being axed during the upcoming minor league contraction. Studer is also an owner of the Class AA Pensacola Blue Wahoos in Florida, so he knows the business.

Studer and Hendricks have put their own money into the developing state-of-the-art $35 million brick stadium that is going up on the banks of the Rock River within walking distance of downtown Beloit. The stadium promises to increase attendance at games and the revenue of downtown businesses.

Snappers attendance has always been among the bottom three of the Midwest League along with Clinton (Iowa) and Burlington (Iowa), with both those franchises on the contraction list. In 2019, Beloit averaged an announced crowd of 1,181, which ranked just ahead of Burlington’s 1,053 at the bottom of the list.

All those franchises have the massive benefit of being located in more heavily-populated areas than Beloit, Clinton and Burlington. But they all have relatively new stadiums.

The new stadium in Beloit will put more Rock County and northern Illinois fannies in the stands. When the former Appleton Foxes franchise became the Wisconsin Timber Rattlers and moved into their new $5 million stadium off of Highway 41 in 1994, their attendance went from 76,000 in 1994 to 209,000 in 1995.

Studer wants a rebrand to boost merchandise sales. Minor league baseball sold $85.7 million in merchandise in 2019, with the majority of that from AAA and AA teams that are in bigger cities.

But Witkins, who is a web designer living in Minneapolis, was appalled at the five finalist nicknames fans are voting on to supplant the Snappers.

The choices are Cheeseballs, The Moo, Polka Pike, Sky Carp and Supper Clubbers.

“When I first heard they wanted to change the name, I thought, ‘Wow, that’s unfortunate,’” Witkins said. “But it quickly turned to anger and embarrassment once I saw the quality of the names they were proposing.

“In my humble perspective, these names are not up to par, especially in comparison to Snappers, which is a name that represents our history and culture. There’s Turtle Creek, Turtle Tap, Turtle Greens, the Beloit College logo is a turtle. For whatever reason, our city really loves turtles.

“The names they have proposed are uninspired, Wisconsin cliches. I thought it was kind of an embarrassing deal.”

So Witkins started an online petition (https://www.change.org/p/beloit-snappers-keep-the-beloit-snappers-team-name or google “Snappers Petition”). The petition requests the franchise consider other options such as changing the logo, the uniform or the name to, for example, the Stateline Snappers.

The petition has more than 3,000 signatures.

Studer understands the initial pushback from fans, but he says many of the more popular team names in the minor leagues began that way.

“This is going exactly as they told us this would go,” Studer said. “Jacksonville, for example, had 10,000 people say they wanted to keep their names the Suns. Then when they went to the Jumbo Shrimp, they’ve been the second-largest revenue producer.”

Witkins understands that potential but also can point to the Quad City River Bandits’ name change failure from 2003—when the franchise attempted to become the Swing of the Quad Cities.

“It’s such a classic look,” the 33-year-old said. “To just throw that brand out the window is a tough pill to swallow.”

Not to mention the summer employee who would have to be a Cheeseball or a goose (Sky Carp) for a summer.

But it could be worse. Anybody want to go with the Beloit Baseball Team?

Schmoldt: Name change for Beloit baseball is fair, and best option is fowl

Gazette sports editor Eric Schmoldt grew up going to Snappers games and worked for the team as a teen. But he's ready to embrace the new ownership group's vision and decision to change the team's name. But which name of the final five tops his list?