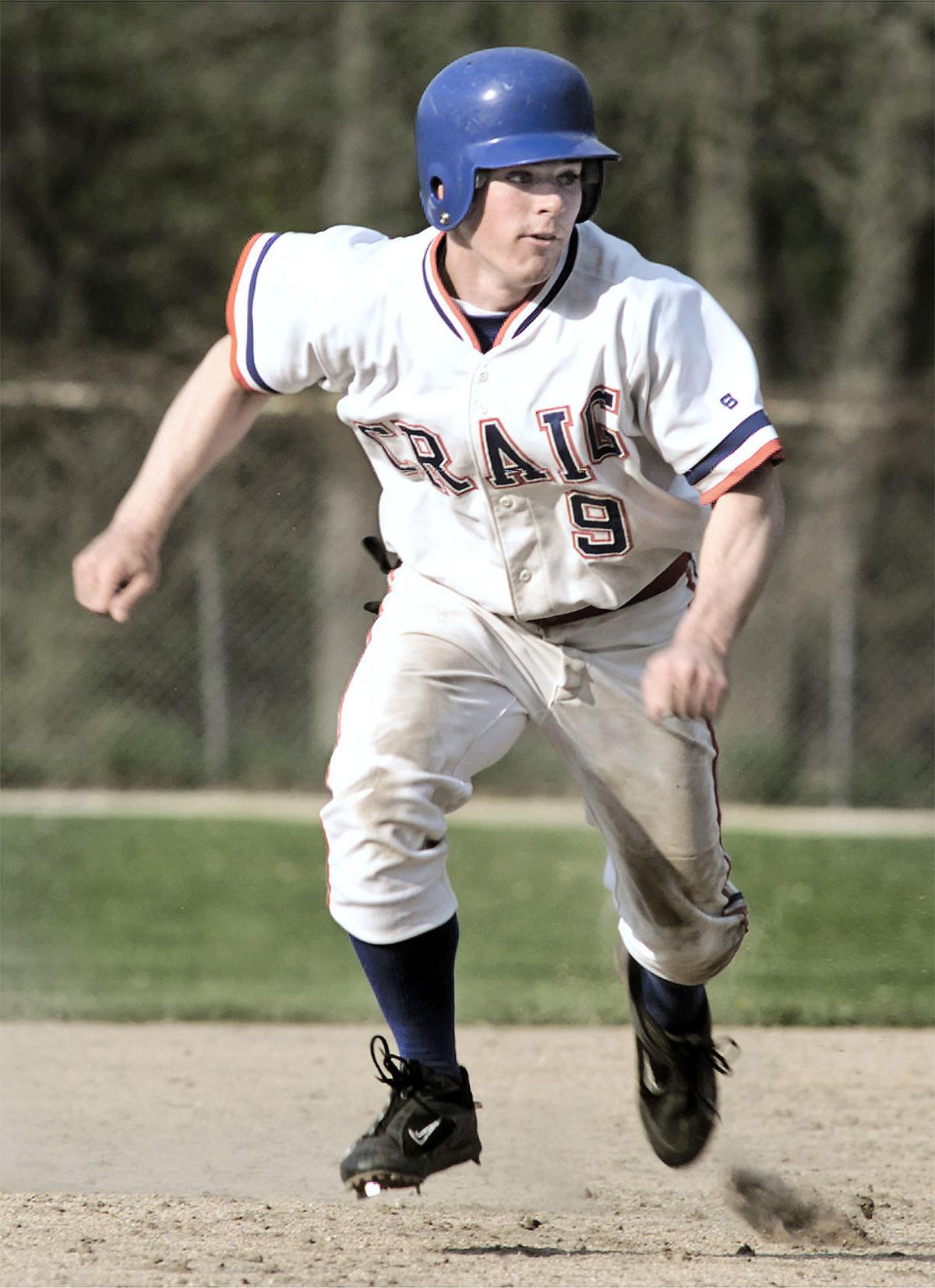 Janesville Craig’s Chris Holznecht steals a base during a game in 2000. 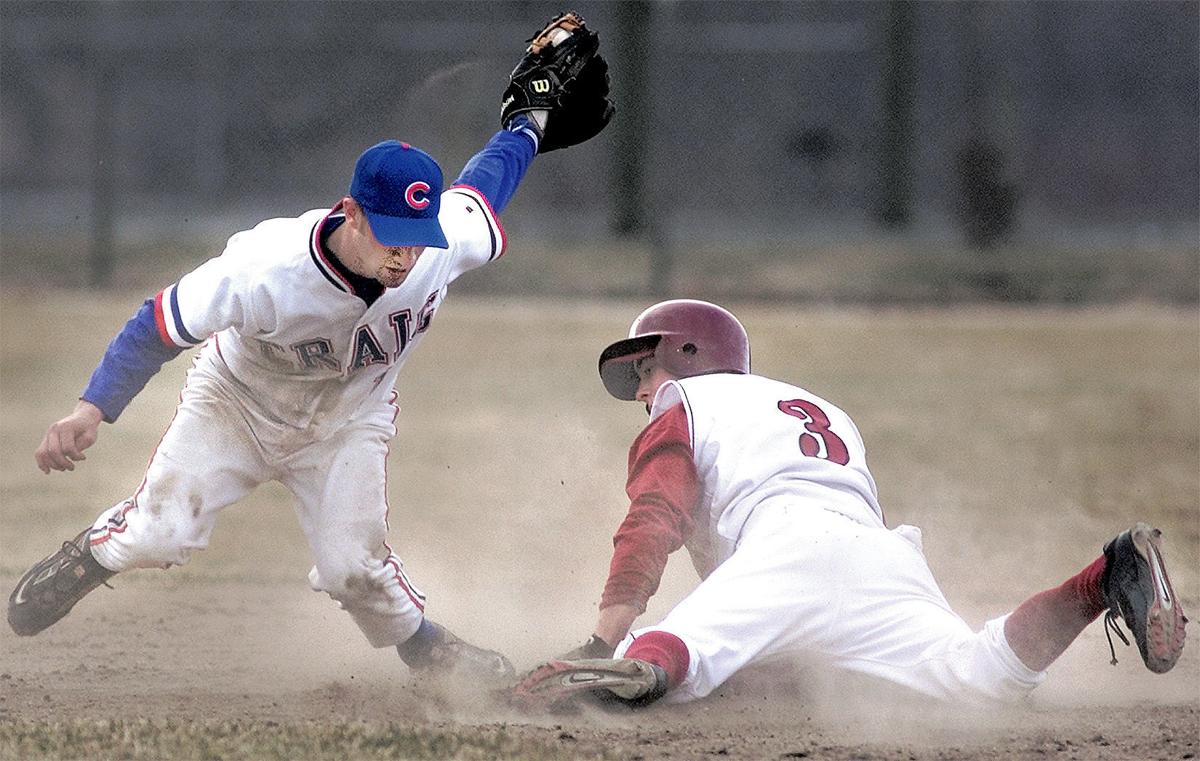 Craig's Steve Sanfilippo is late on the tag during a game in 2000.

Janesville Craig’s Chris Holznecht steals a base during a game in 2000.

Craig's Steve Sanfilippo is late on the tag during a game in 2000.

The game would determine the 1994 American League champ for Boys Baseball of Janesville. The winner would get a shot at the powerhouse Cardinals in a three-game “world series.”

The opponent was the Twins, perennial American League champions and blood rivals of the M&I Bank White Sox. Pitching for the Twins was Johnny Schaffner, the second fastest kid in Little League and possessor of a wicked breaking ball. John probably struck out every batter he faced at least once that season.

The late John Otto, an unsung mainstay of Boys Baseball in its early days, and Scott Angus were my assistant coaches. We always had a dad or two on the bench.

Some truly gifted athletes played for the Sox that year.

Steve Sanfilippo is now head baseball coach and assistant athletic director for Milwaukee School of Engineering, but in ’94, there wasn’t enough mustard in all southern Wisconsin to cover Flip.

Chris Holznecht, the fastest kid in Little League, walked on to the UW-Madison football team as a kick returner and, I think, safety.

Steve and Chris alternated at pitcher and shortstop, and Chris covered center field like green on grass.

Although he was good at it, scrappy Adam Fisher hated to bunt. He relished cracking line drives off pitchers who were taller and stronger than he was. Most pitchers in the league fit that bill.

Perhaps Peter Berget, an avid “X-Files” fan, was such a great catcher because he also was a hockey goalie and played cello.

The Angus twins anchored the infield, Jake at first, Ian at third. Otto could tell them apart by the way they walked, but if they weren’t at their positions or spots in the batting order, I had a hard time distinguishing Jake from Ian.

The other players on the team—Scott Addie, the late John Ditmer, Aaron Jordan, Joel Kerbel, Jim Mongiat, Nathan Shortslef, David Stevens and Chris Villa—were a bunch of boys, 10, 11 and 12, who learned to play as a team and back each other up. They learned to keep their butts down and their heads up—and in the game.

The game seesawed back and forth. In the fourth or fifth, the White Sox were down by a run when Ian Angus came to the plate with no runners on. I called him out of the batter’s box.

“Schaffner’s not getting his curve over the plate. They’re not strikes, but we’re still swinging at ‘em,” I said.

“So if you lay off them, he’ll get behind and have to come to you with a fastball.”

Ian’s eyes lit up. The count went to 2-0, and the homer went high and deep over the centerfield fence.

With the score tied, Holznecht was up. I called him out of the box.

“Chris, don’t try to hit a home run. Just a line drive, a clean single, and we’ll steal the run.”

Holznecht was, after all, the fastest kid in Little League. He nodded.

His aluminum bat rang like a bell, and the ball sailed at least 20 feet over the left-field fence. Chris wore braces then, and his grin flashed like the chrome grille of ’53 Cadillac when he trotted around third.

The White Sox were up by a run entering the sixth and final inning. I can’t recall who was on the mound. (Regrettably, I can’t find the scorebook.) But both Sanfilippo and Holznecht pitched in that game.

With one out, Johnny Schaffner, the second fastest kid in Little League, was on third with the tying run; the winning run was at second.

The batter hit a sharp one-hopper to Ian Angus at third. Just as he was coached, Ian turned his head and forced Schaffner all the way back to the bag. Ian turned and rifled the ball across the diamond to brother Jake at first.

In a textbook first-baseman stretch, Jake caught the ball—two outs!—turned and threw to the plate.

Peter Berget caught the ball and dropped to his knees to block the plate. Schaffner slid hard and collided with Berget. I held my breath, waiting for the ball to roll out from the cloud of dust.

But no! Pete hung onto the ball, and the celebration began.

The Cardinals swept the Sox in the championship series, but the little Sox played a great game against a good team to get there.

Other outstanding local athletes played for the Sox but not that year.

I haven’t kept in touch with the fellows over the years. They’re in their mid- to late-30s now. But occasionally I hear, “Hey, coach!” and turn to see a former player with kids of his own.

Here’s hoping they remember that game as I do:

A brilliant capstone to a season-long team effort.