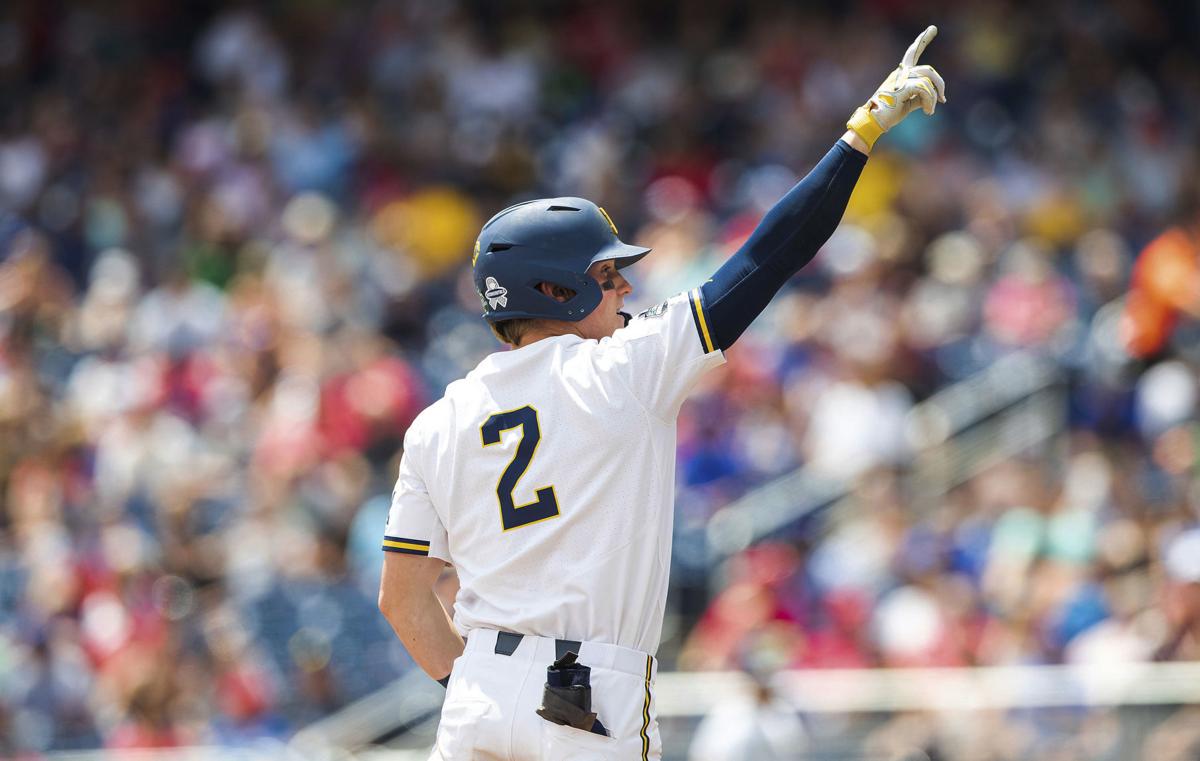 Michigan’s Jack Blomgren, a sophomore out of Janesville Craig High, celebrates after reaching third base against Texas Tech on Friday. The win put the Wolverines in the Championship Finals, the first Big Ten team since 1966 to accomplish that feat. 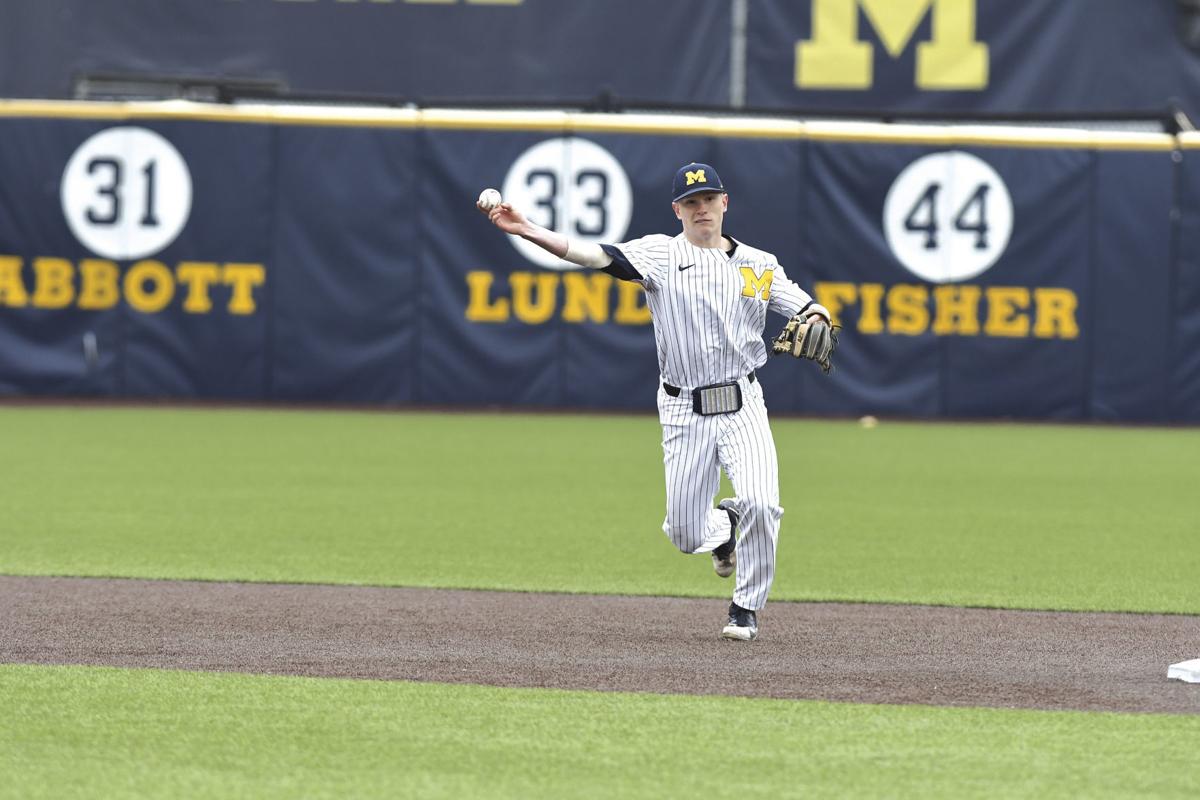 Michigan’s Jack Blomgren, a sophomore out of Janesville Craig High, celebrates after reaching third base against Texas Tech on Friday. The win put the Wolverines in the Championship Finals, the first Big Ten team since 1966 to accomplish that feat.

The 2017 Janesville Craig High graduate was selected in the fifth round of the Major League Baseball draft earlier this month by the Colorado Rockies.

Blomgren has been in Denver this week and officially signed with the Rockies during an outing at Coors Field.

He signed for $394,300, which was the full slot value for the No. 140 overall pick in the draft, according to MLB.com senior writer Jim Callis.

Blomgren said Rockies draft picks typically get a tour of Coors Field, stop in the locker room, visit during batting practice and take in a game. With the MLB season postponed due to the coronavirus pandemic, the process was much different this year but exciting nonetheless.

“We walked into Coors, went up to a conference room, talked a little bit, got some pictures, put on a jersey and hat, got some pictures down on the field,” said Blomgren, a shortstop who played the last three seasons with the University of Michigan. “There were two other guys (signing) there, too. I enjoyed being around them. We haven’t been really able to get out and about that much because of the coronavirus, but it’s been fun.”

Blomgren said he was not surprised when the Rockies drafted him.

“He’d probably seen 90% of my games,” Blomgren said of Bill Schmidt. “So this just speaks to the player he thinks I am and the trust he has in me and the trust I have in him.”

Blomgren started 137 games for the Wolverines over the past three years, with this season being canceled early on due to the coronavirus pandemic.

The Wolverines made the NCAA national championship and Blomgren was named to the All-Tournament Team.

“What he has inside of him is real special,” Schmidt said. “He’s a tough competitor that is all about winning. He’s about making other people around him better. On the field, he’s a really steady player. He’s nothing real flashy, but when he gets between the lines he’s trying to beat you.”

Exactly when Blomgren might be back between those lines again is up in the air.

MLB announced this week it will play a shortened 60-game season slated to begin July 24. But it appears certain there will be no minor league seasons this summer.

“MLB decided to play, but they’re only taking 60 guys, so obviously I won’t be a part of that,” Blomgren said. “I’ll train at home and get stronger. In fall, maybe I’ll get to Arizona for one or two months for training.

“It kind of sucks not being able to play. But at least MLB decided to play and give us something to watch and look forward to.”

When the Rockies open their season at Coors Field, perhaps they will give Blomgren a glimpse at his future.