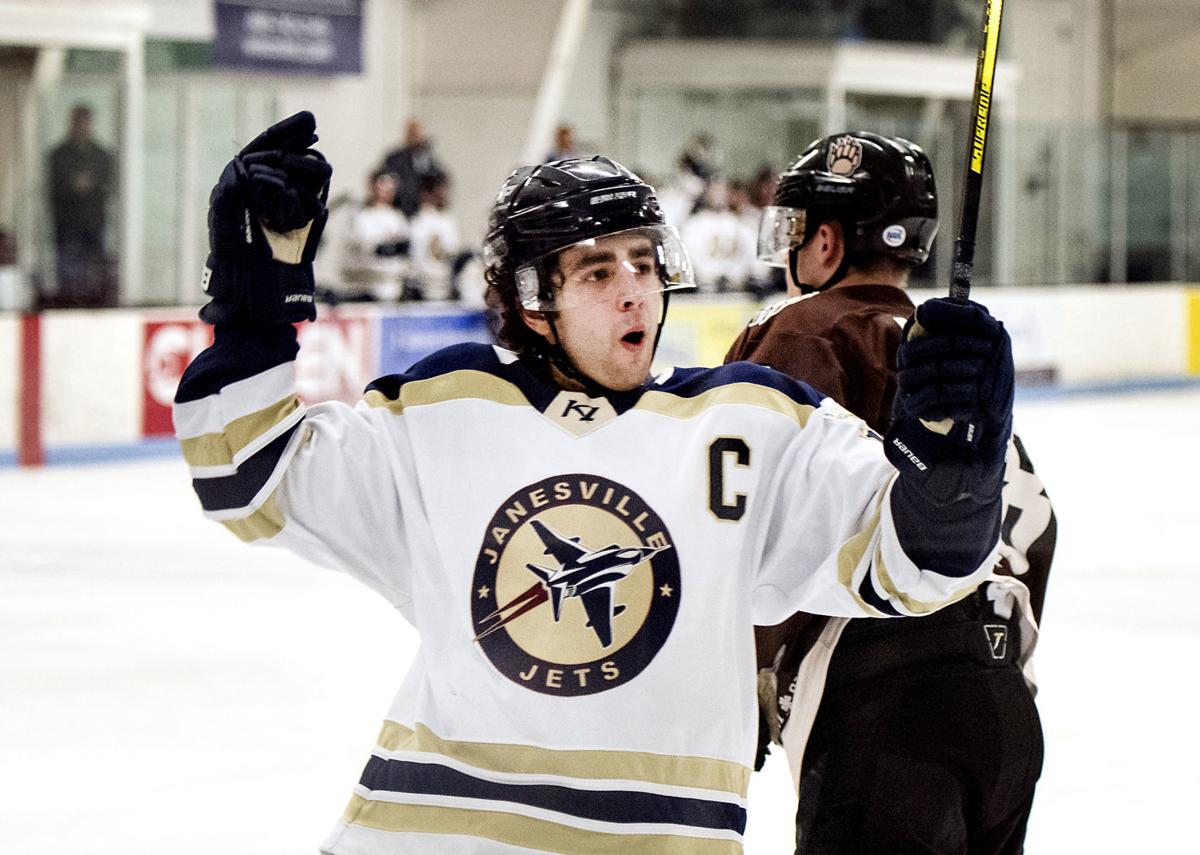 Jets' Nick Nardella celebrates after scoring a goal during the team's game against Kenai River on Saturday, Dec. 21, 2019, at the Janesville Ice Arena. 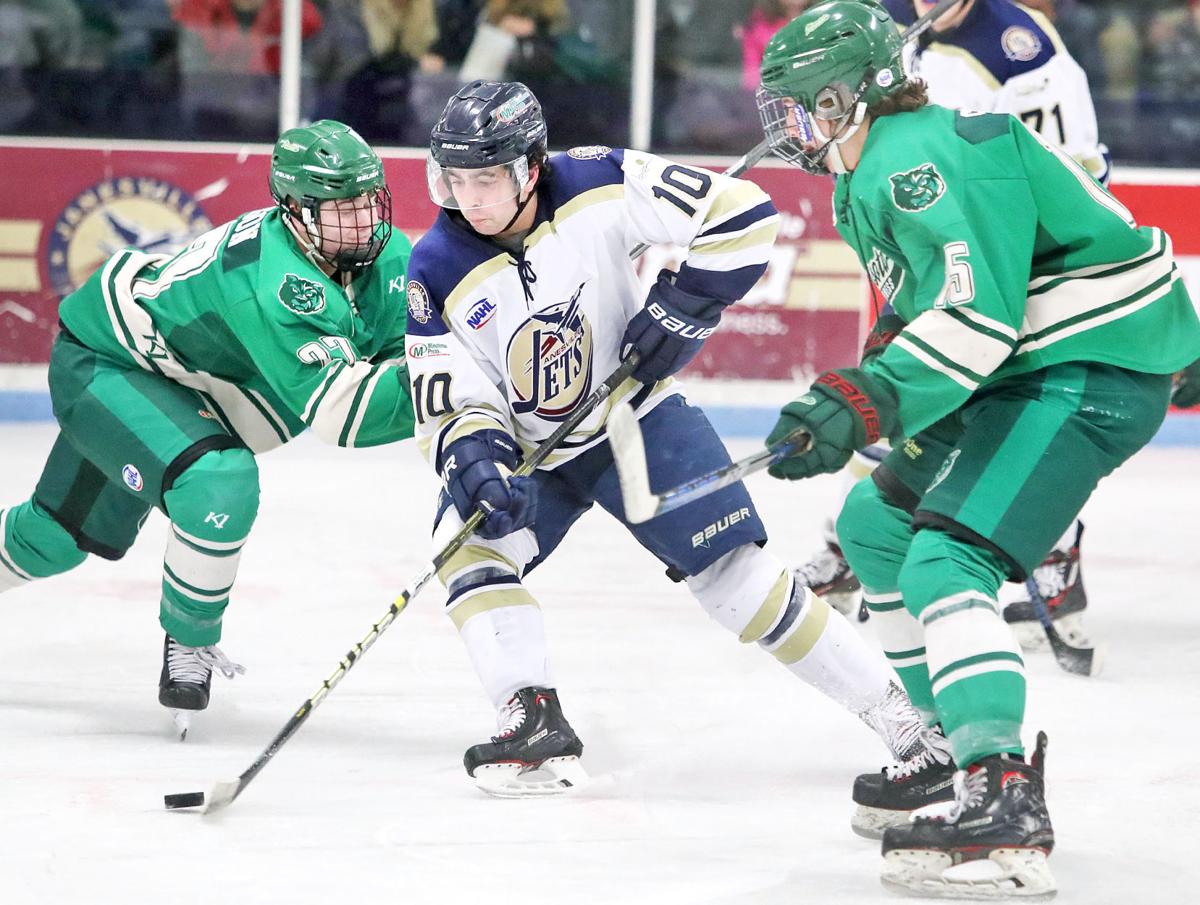 Janesville Jets' Nick Nardella tries to hits the puck towards the goal during the second period of their home game against the Minnesota Wilderness on Friday, Nov. 30, 2018.

Jets' Nick Nardella celebrates after scoring a goal during the team's game against Kenai River on Saturday, Dec. 21, 2019, at the Janesville Ice Arena.

Janesville Jets' Nick Nardella tries to hits the puck towards the goal during the second period of their home game against the Minnesota Wilderness on Friday, Nov. 30, 2018.

The Janesville Jets organization was picky as it assembled its roster this season, keeping just a handful of veteran players as the team looked to get younger.

For head coach Corey Leivermann, keeping veteran Nick Nardella was an easy choice due to his leadership qualities and on-ice ability.

The Jets captain leads the team this season in goals (14), assists (19) and points (33). His overtime goal gave the Jets a 4-3 win over the Minnesota Wilderness on Saturday night.

“He has earned the opportunity to be captain this year for his effort on the ice and off the ice, and ultimately he’s kind of the guy everyone looks to when the Jets are playing Jets hockey and are playing well,” Leivermann said this week. “We go when he goes, and that’s kind of a theme for us.

“His greatest attribute is he understands the game of hockey very well. For him, its understanding where to be. He’s not the fastest guy or the strongest guy on the team, but when you use your brain and think the game well and you’re in the right spots, good things happen to you.”

The 20-year-old forward from Rosemont, Illinois, is in his second North American Hockey League season with the Jets after spending two years in the United States Hockey League. He’s set a new career high with 13 goals this season.

“I think I’m just playing a hard, simple game,” Nardella said. “My linemates are a big part of that, and we’re getting some good chemistry.”

Nardella learned a lot in his two years in the USHL, but playing in Janesville is something he takes a lot of pride in.

“This is a good organization and the chance I get to play close to home, it’s everything,” he said.

As Nardella prepares to play Division I hockey at Michigan Tech next season, Leivermann has seen his player take another step.

One person Nardella relies on heavily is older brother and University of Notre Dame alum Bobby Nardella, who is currently playing with the Hershey Bears. The Bears are the affiliate team for the NHL’s Washington Capitals.

Watching his older brother have success (he scored his first professional goal in December) and being able to use him as a sounding board has been a big benefit for Nick.

“He’s doing pretty good right now, and he’s one guy I look forward to seeing and have looked up to my whole life,” Nick Nardella said. “Anytime I get the chance to talk to him about hockey or just life in general, it’s amazing. It’s pretty special for me.”

With the Jets pushing for the final playoff spot in the NAHL Midwest Division over the closing months of the season, Nardella and Leivermann both know they will need their best.

“When you have leadership and guys you can lean on and turn to when times are tough, it helps our younger guys,” Leivermann said.

His captain hopes to help get the team there with a workman-like effort.

“We just need to play a hard, simple, honest effort of a game. If we do that, the wins will come,” Nardella said. “We’ve just got to keep working hard and play it simple.”