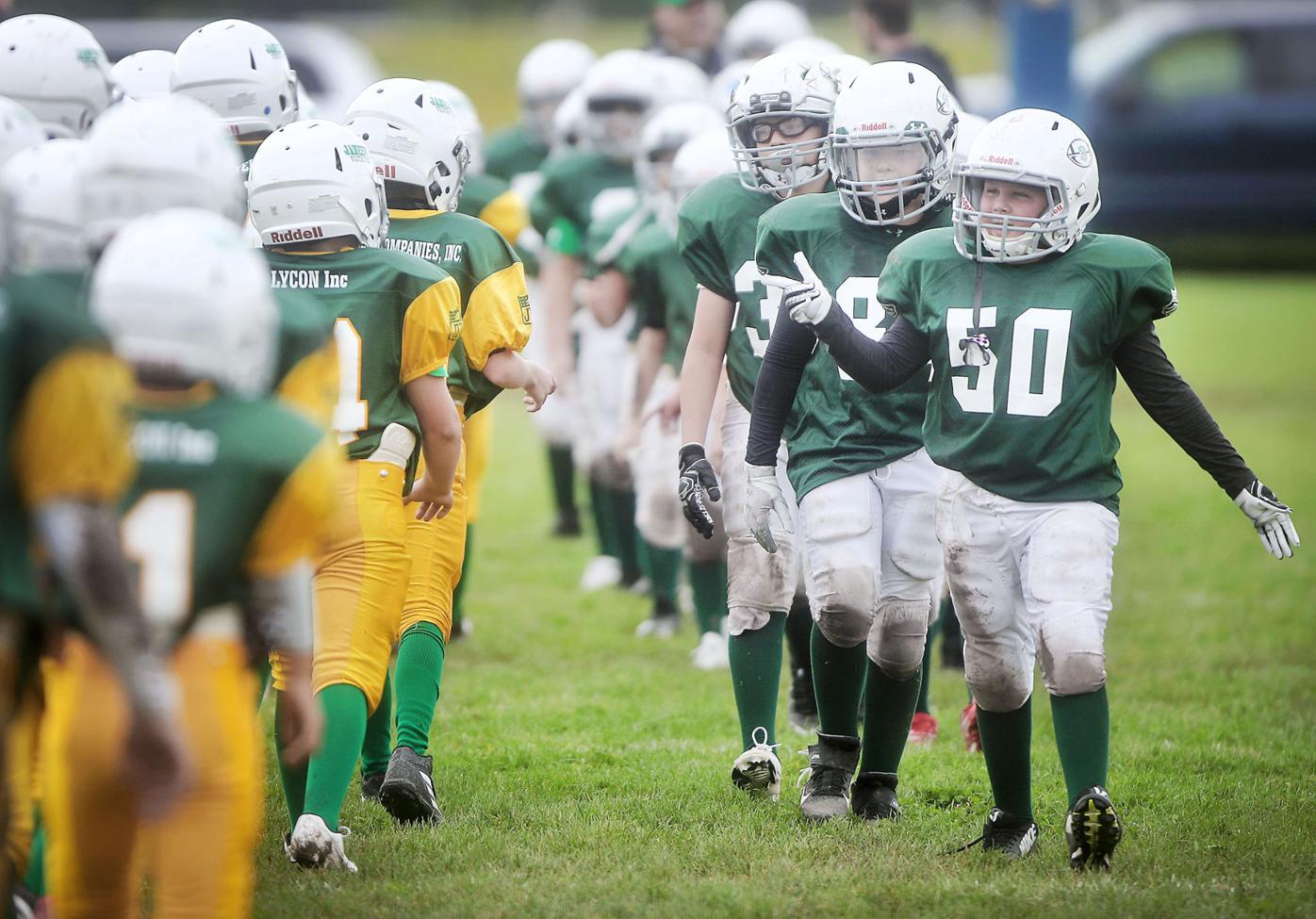 The fifth- and sixth-grade football players for the Jets and Packers recite the customary “good game” to each other from a distance following their Janesville Youth Football game Saturday at the Janesville Youth Sports Complex. 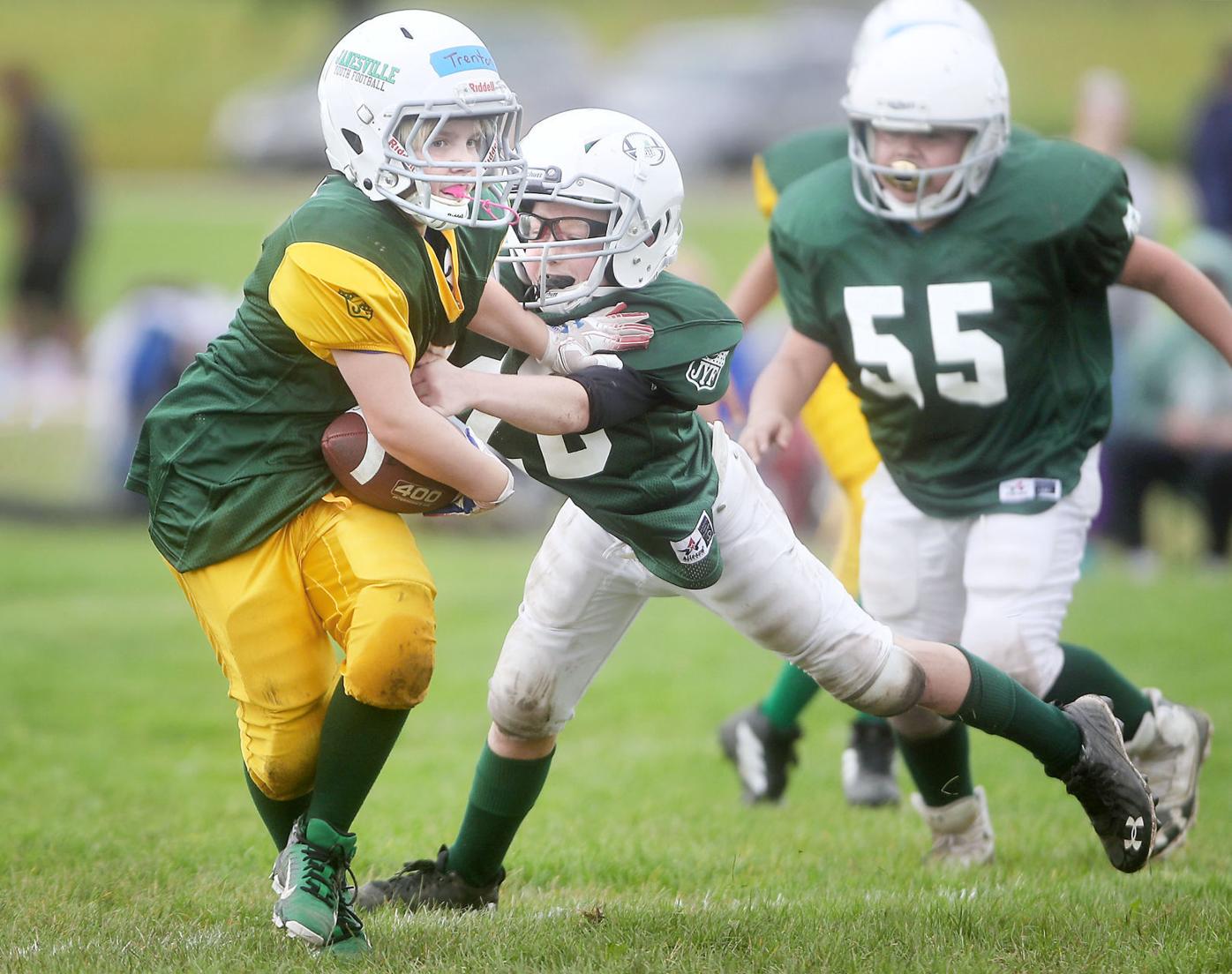 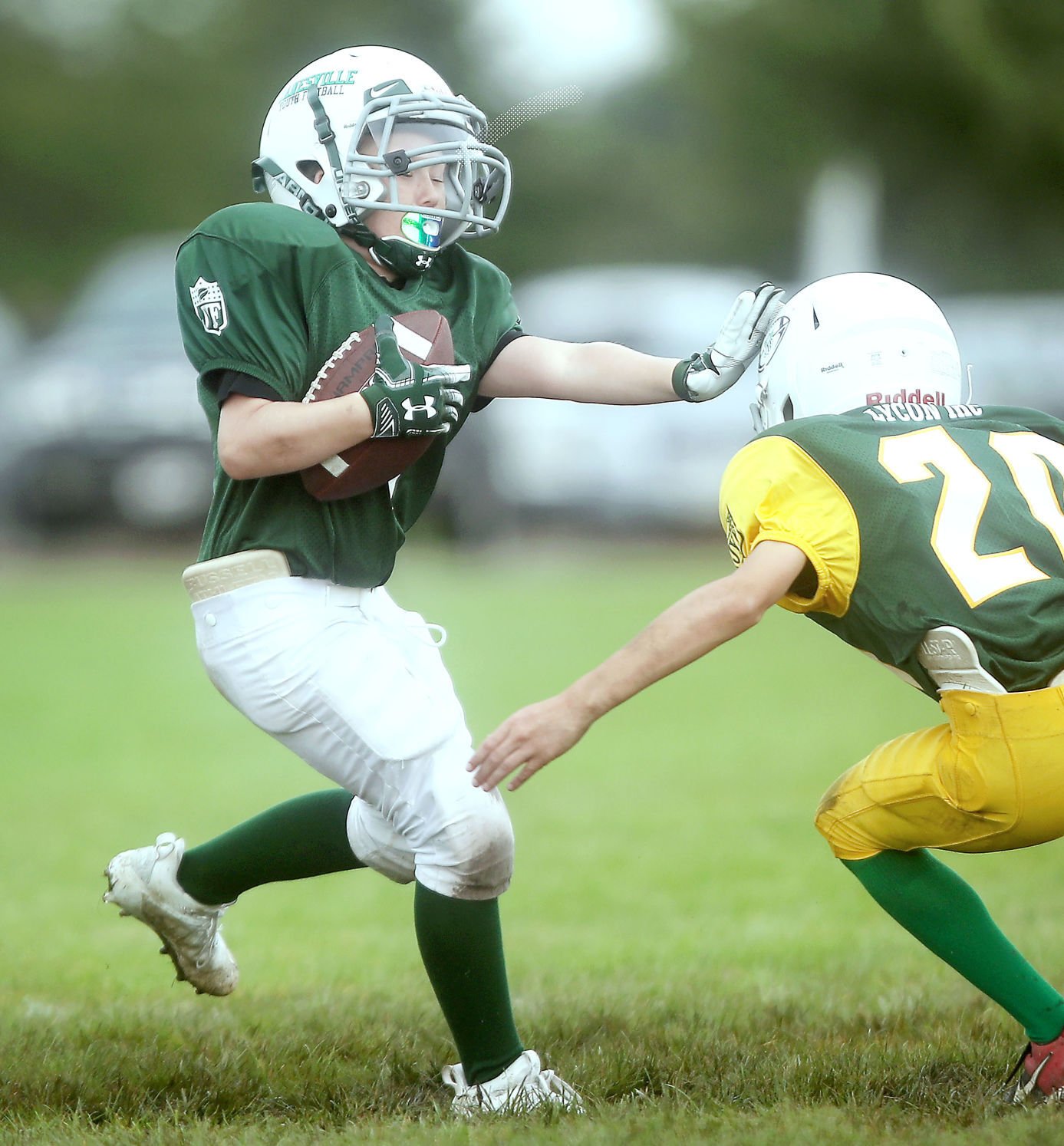 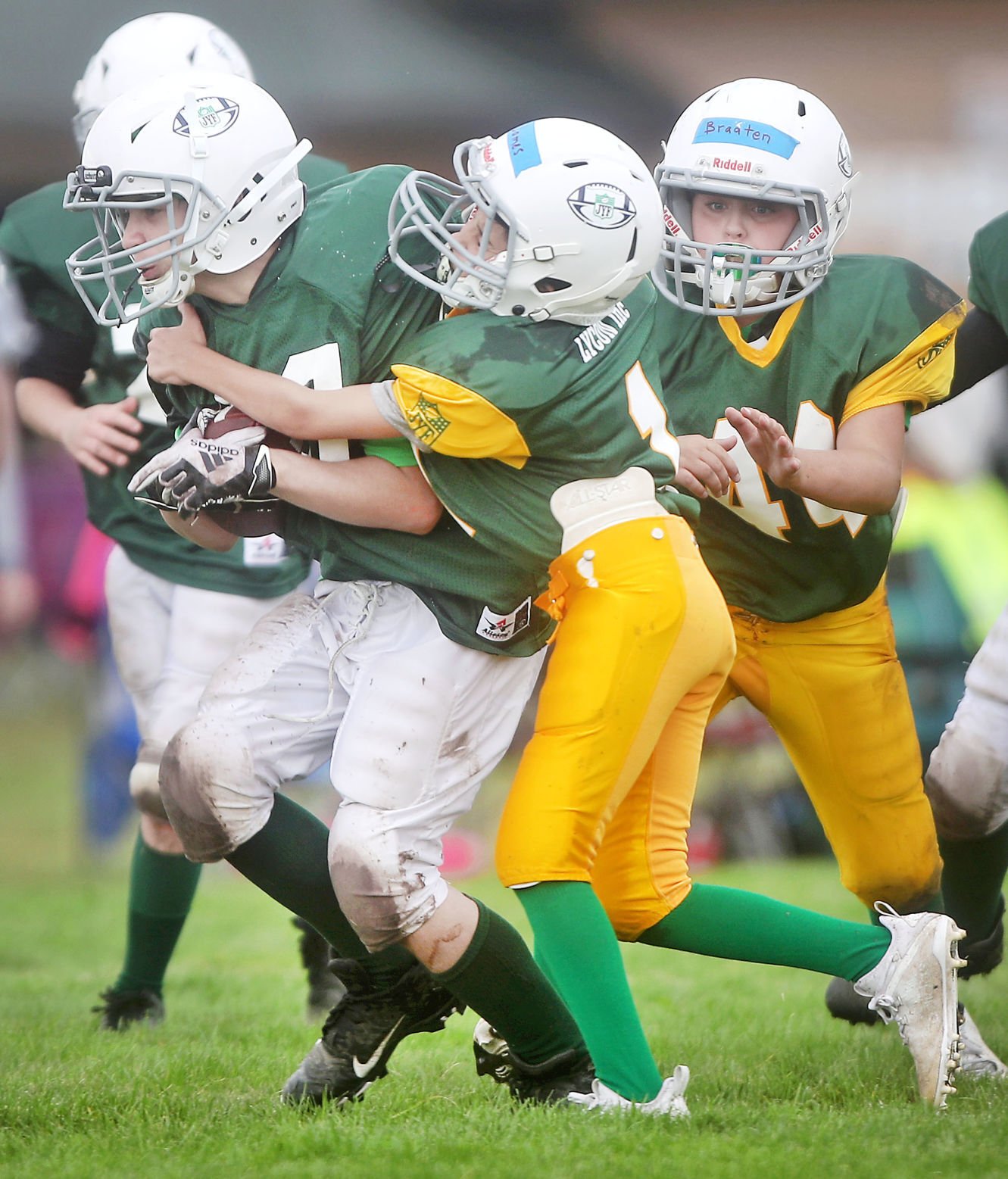 The fifth- and sixth-grade football players for the Jets and Packers recite the customary “good game” to each other from a distance following their Janesville Youth Football game Saturday at the Janesville Youth Sports Complex.

The Janesville Youth Football League opened up its 2020 season.

And despite some natural concerns about COVID-19 and whether the reward of playing outweighed the risks involved, the faces on the players told the story. Football was back, and there was nowhere else they’d rather be.

JYF president Trever Brandenburg had trouble wiping the smile off his face as he observed four fields with four games going on at the same time. The thought of canceling the 2020 season never picked up steam for JYF, he said.

“My email that I sent out to each and every member of our organization was that I don’t want to put any guidelines on you guys,” Brandenburg said. “I left it up to each family to do what they felt that they needed to do to stay safe.

“And they were all told that if there was a problem and they didn’t feel safe, to come to me. If the problem couldn’t be rectified, they would be given a full refund, no questions asked.

“As you look around right now, I don’t think we’ve had any problems today. People are encouraged to wear a mask if they want, it’s their choice, observe proper social distancing and enjoy the games, which I think everybody is.”

JYF supplied each team with a gallon of hand sanitizer to be used before and after games, along with posting signs throughout the park encouraging social distancing.

Fans huddled close together on the sidelines, but many of them were mom, dad, grandma, grandpa, and siblings of the players sitting together on blankets or chairs.

A few fans wore masks, but the majority did not.

Chris Nicholson, Bob Schenck and Eric Busse refereed the seventh- and eighth-grade games and said the JYF setup was done the right way.

“I probably feel safer out here than I would at Woodman’s,” Schenck said. “And I think Woodman’s has done a great job through all of this.”

Busse said everyone seemed to be enjoying the day, not just the players.

“You see the parents laughing and having a good time knowing that their kids are back playing football again,” Busse said. “And as for the kids, you can tell they’re just happy to be out here and not cooped up.

“As far the game itself, it’s pretty much status quo. It’s still football, and these kids love playing it, and I like being around my comrades and getting to see them again.”

“This is where the kids want to be,” Meghan said. “This is what they’ve been waiting for since the end of last season. And by playing today, it gives so many of them some normalcy in their lives which they really haven’t had.

“We take our precautions at home as far as hand washing and things like that, but Gavin was so excited to play today that he said he didn’t feel that good this morning. It turns out it was just nervous excitement to be back to playing football.”

With Janesville one of the few cities in the area offering a youth program this fall, JYF has picked up players from Milton, along with some from Edison, Franklin and Marshall middle schools here in town.

“We’re only going to play games on Saturdays this season, but with a couple practices a week and one game a week, kids are at least getting a chance to play,” Brandenburg said. “I’ve heard nothing but positive things thus far today, and that includes those teams that came from Rockford and Columbus.

“This isn’t about trying to prove a point or anything like that, and we still put safety first for all our kids. JYF just wants kids to have something to look forward to and a chance to get away from everything else for a few hours a week.”