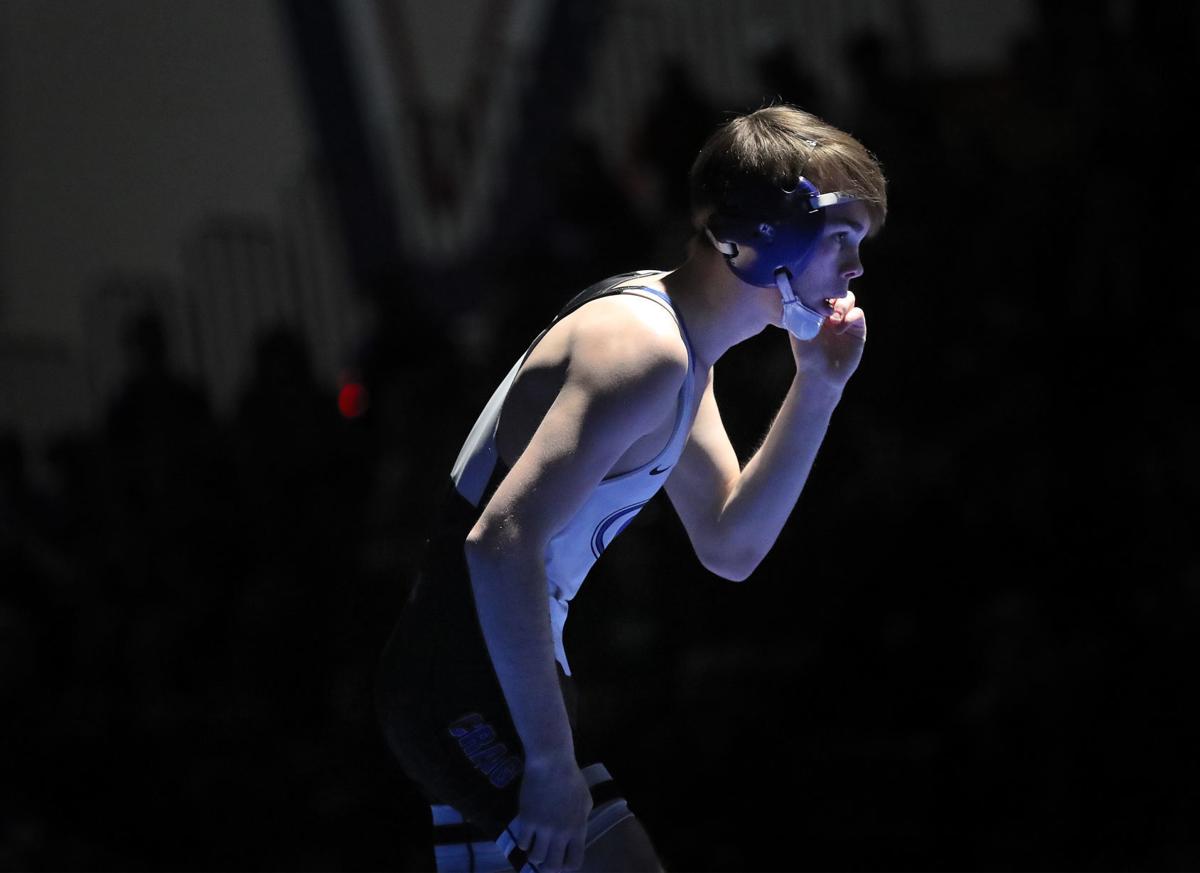 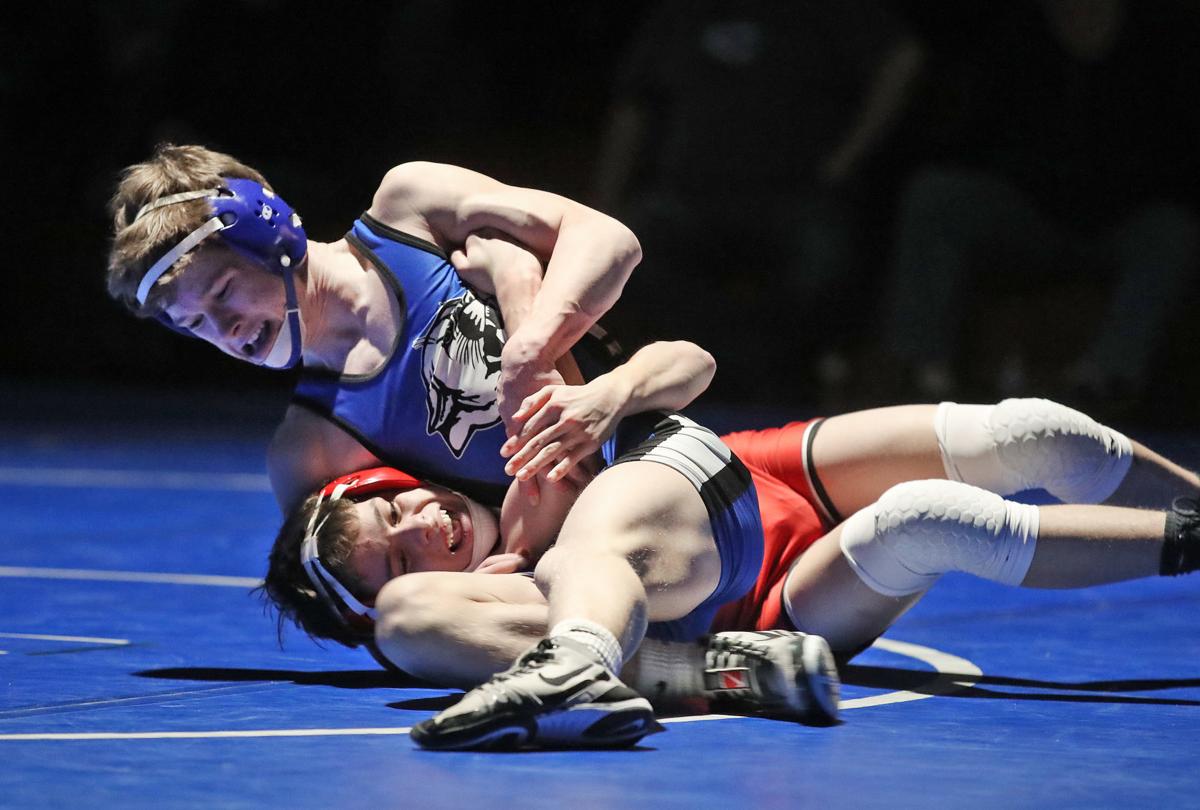 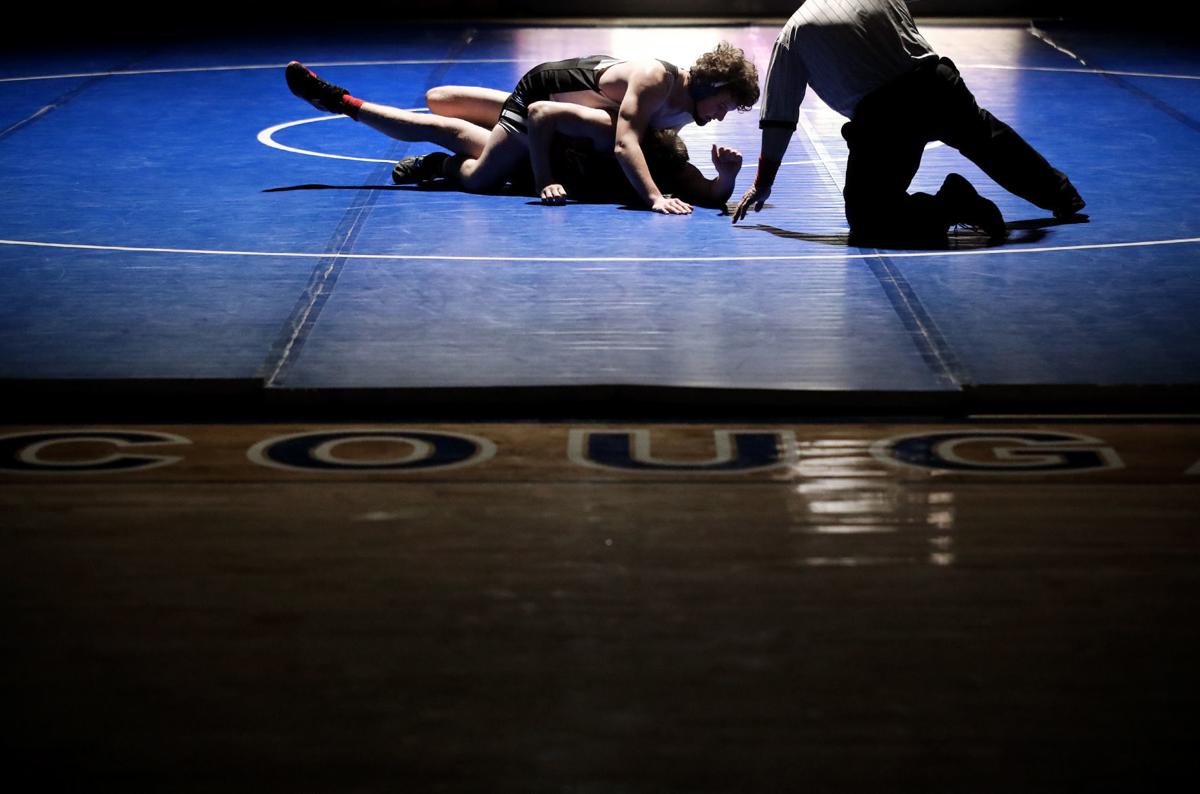 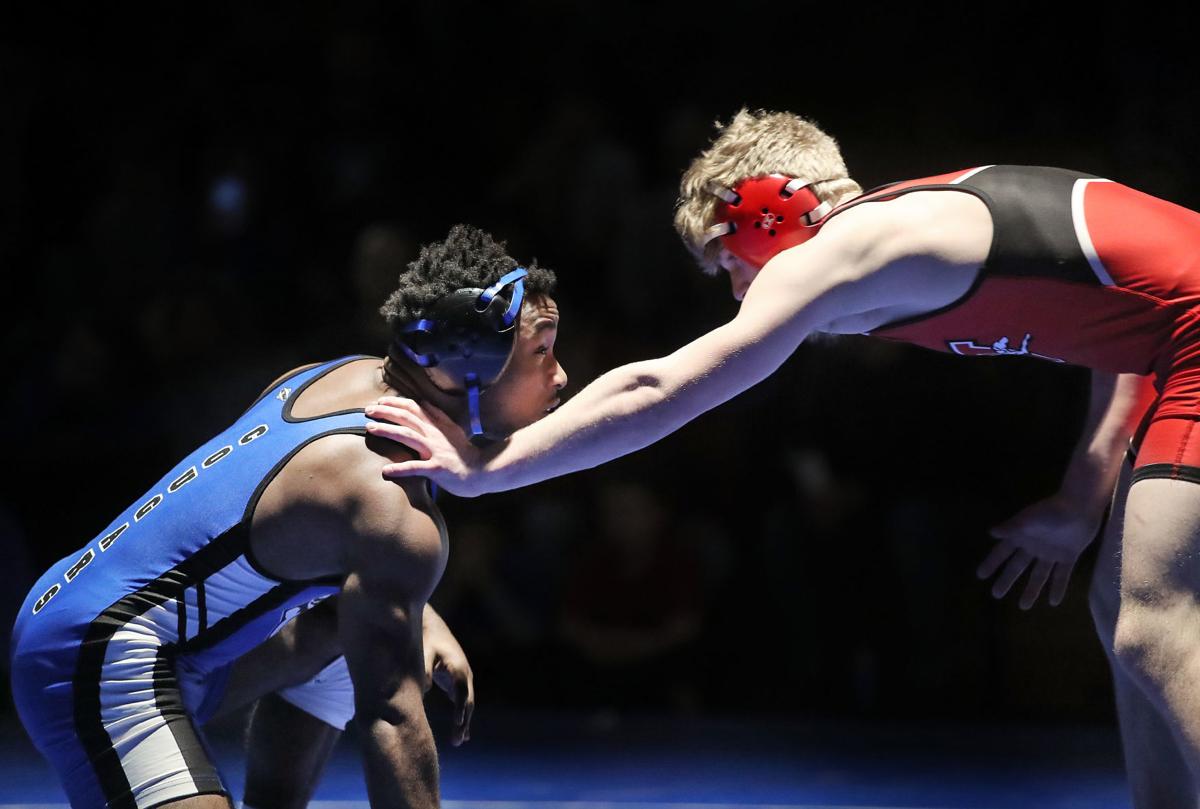 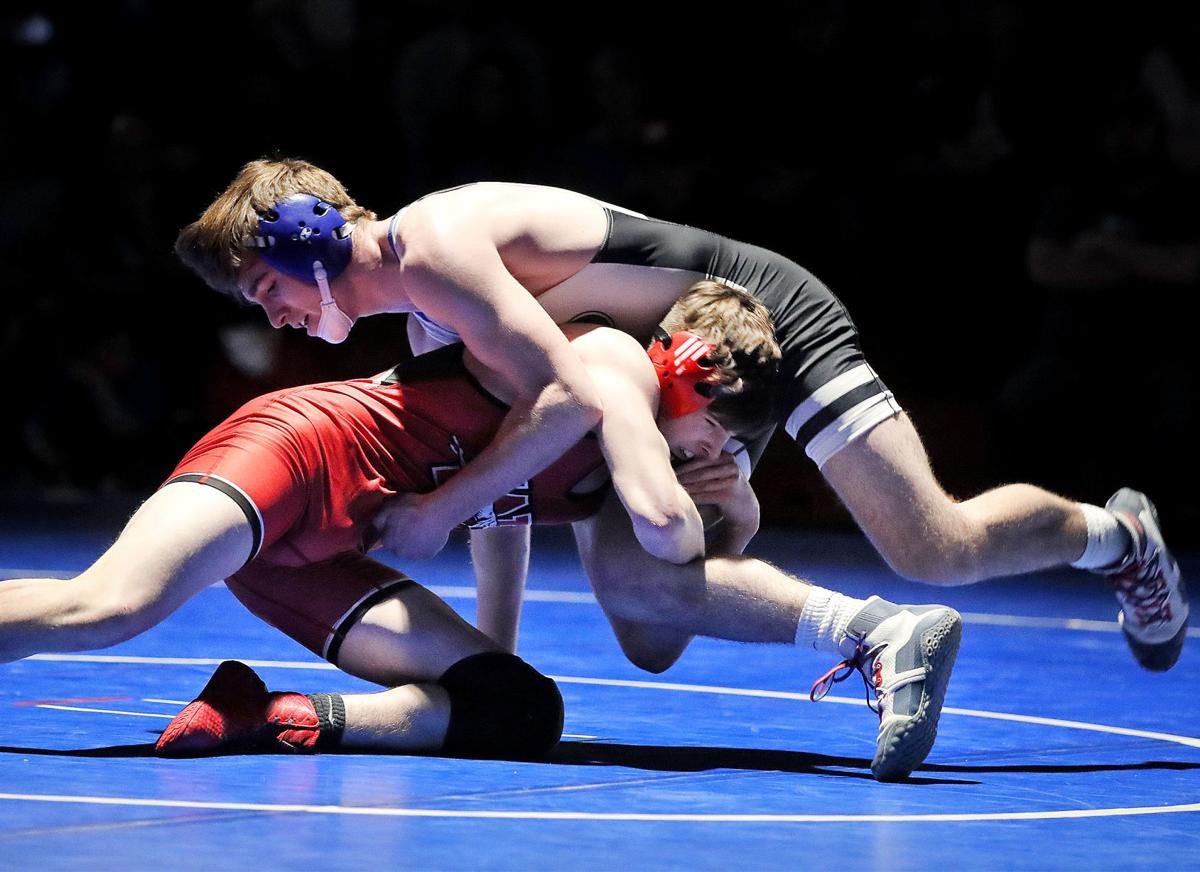 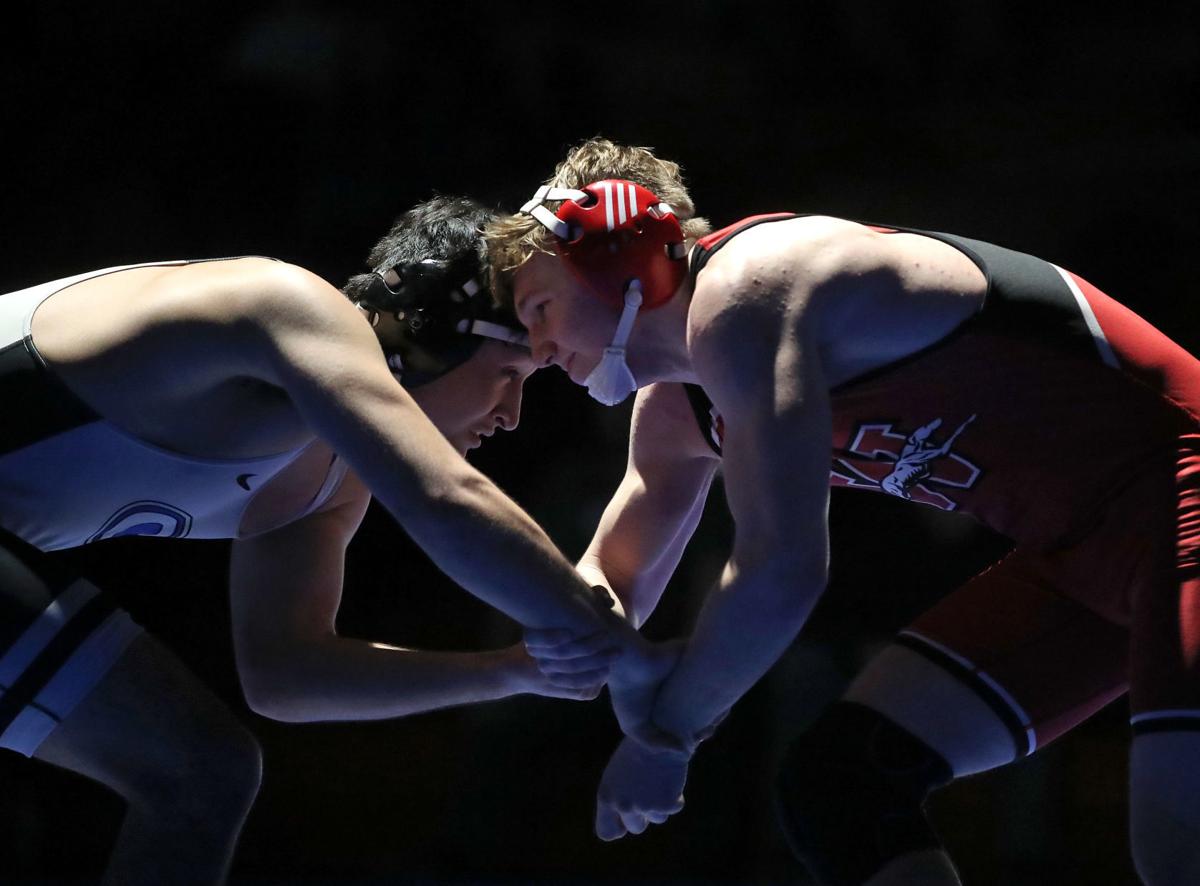 When Mayson MacLennan and Joe Bellomo began practicing together, they never expected this.

Part of that is because fourth-graders rarely, if ever, are thinking ahead to their senior year of high school.

But mostly it is because they are two members of a group of Janesville Craig senior wrestlers who might finish their careers with the best season in program history.

Winning Big Eight Conference titles is tough. Regional titles have been a once-in-a-generation thing for Craig’s wrestling program. And an undefeated dual meet season is believed to be a first for the Cougars.

This year’s team, with MacLennan, Bellomo and fellow seniors Mitchell Schumann, Marshall Getchell, Davon Serrano and Aiden Romack helping to lead the charge, is one step away from doing it all.

“We’ve all been here the last four years,” MacLennan said. “And we just kept getting better.”

The Cougars won their first Big Eight dual meet title since 2016 and never lost a single dual meet all year. On Saturday, they captured their third consecutive conference tournament title by 113½ points over runner-up Janesville Parker.

MacLennan (138) won his third conference title, while Bellomo (132) and Getchell (170) each earned their first Saturday.

And next weekend the Cougars will attempt to win a WIAA Division 1 regional title for the second straight year after going nearly 45 years without one.

“We’re all like brothers,” Schumann said during a team practice this week. “Mayson, Bellomo and (Davon) and I, we all started real young in youth. We’ve been around each other, not just through high school, but through youth wrestling and middle school, as well.

“It (going undefeated in duals this year) wasn’t a goal or anything. And (Craig head coach Mark) Mullen just now came in the wrestling room and told us he talked to (former coaches Jeff) Kaster and (Bill) O’Leary, and they never knew of anybody, that we were the only Craig team to go undefeated.

“So this 2019-20 team is pretty special, and I think it’s going to be something that’s hard to replicate.”

Mullen said after Craig’s regular-season closing dual victory over Whitewater on Tuesday that he believes the Cougars have been improving week by week and are peaking at the right time, with the tournament portion of the season getting started.

That goes hand-in-hand with the seniors’ accomplishments over the past few years.

As sophomores, they helped deliver a Big Eight tournament title to the program for the first time since 2006. MacLennan won a conference title at his weight class, Getchell was second, and Bellomo and Romack each fourth as Craig scored 228 points to edge Sun Prairie (221) and Middleton (220).

Last year, the Cougars made it back-to-back conference tournament titles, with MacLennan, Romack and Schumann all winning championships, Getchell taking second and Bellomo and Serrano each third.

Then they backed that up by winning a regional crown for the first time since 1975. MacLennan was a regional champion, and all five of this year’s other seniors were no worse than fourth place.

“That’s the goal always, just to build the team and get better year-to-year,” said Schumann, who enters the regional tournament with a 34-7 record. “This year, just kind of looking in, the expectation was to be really good.”

“I was just trying to bring a good energy after last year, just kind of feed off each other and carry momentum over,” Getchell (39-5) said. “We’re always in here working hard. We thought we’d do well this year, and so far we have.”

This year’s group is the first to win the Big Eight dual and tournament titles in the same season for Craig since 2005-06.

The Cougars will be the favorites to win a second consecutive regional crown when they compete at the Beloit Memorial Sectional next Saturday. A victory there would almost certainly mean a rematch with Stoughton in a team sectional at Craig on Feb. 18.

“I feel like Stoughton, we could be a lot closer than we were last year,” said MacLennan (37-3), referencing last year’s 59-9 loss in the team sectionals.

“It’s just to see how far we can go,” Getchell said. “We’re always just trying to push each other to go as far as we can.”

Of the six seniors, only MacLennan has experienced a trip to the Kohl Center in Madison for the WIAA’s state individual tournament. He qualified last year, when he posted a 44-6 record.

The group believes all six seniors have a chance to qualify out of the D1 Oconomowoc Sectional on Feb. 22, when the top two finishers at each weight make it through. Bellomo takes an 18-5 record into regionals after missing some time with injury, while Romack is 23-10 and Serrano is 23-9.

“They’ve just kept working and kept improving. They stayed with us the whole time,” Mullen said. “Most all of them have some varsity experience since they were freshmen. And we’ve never had a senior group where three guys made the 100-win club (MacLennan, Getchell and Schumann).”

Regardless of who or how many advance, this year’s group of seniors has already accomplished plenty wrestling at Craig.

“I feel like we could go down as one of the best teams ever for Craig wrestling,” Bellomo said. “And that would mean a lot.”