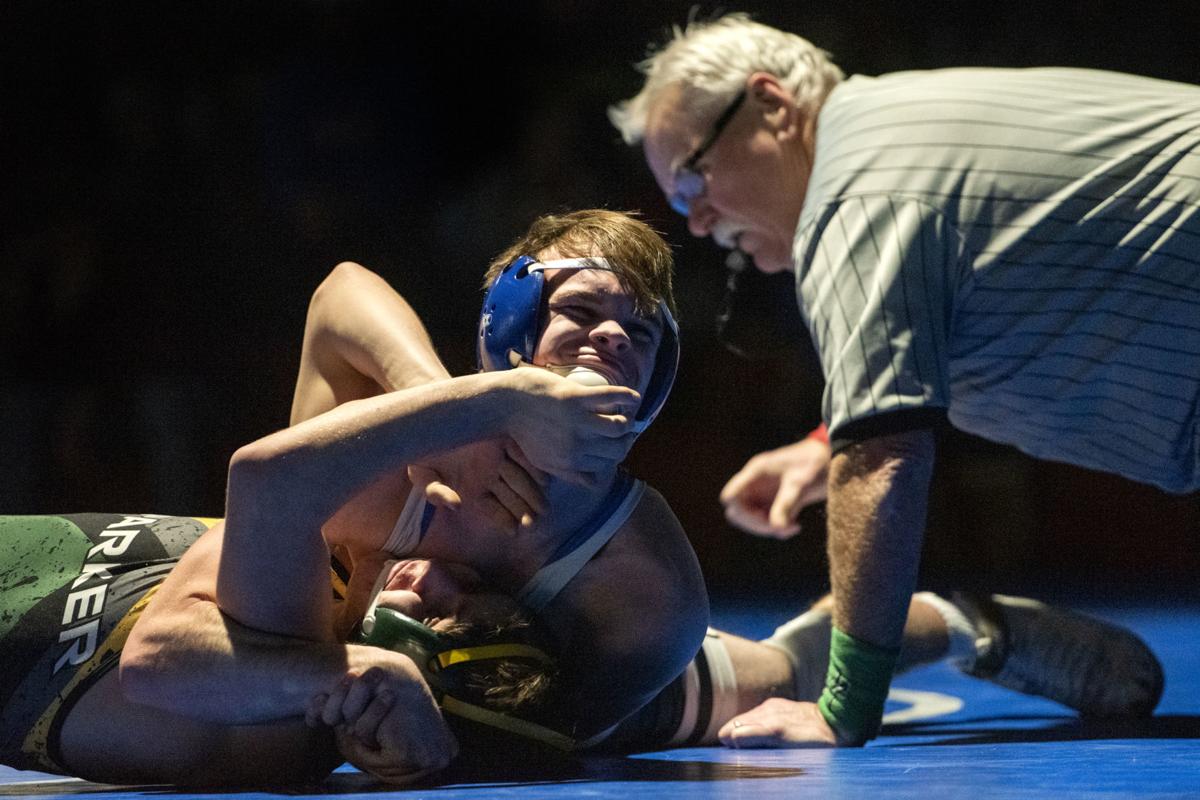 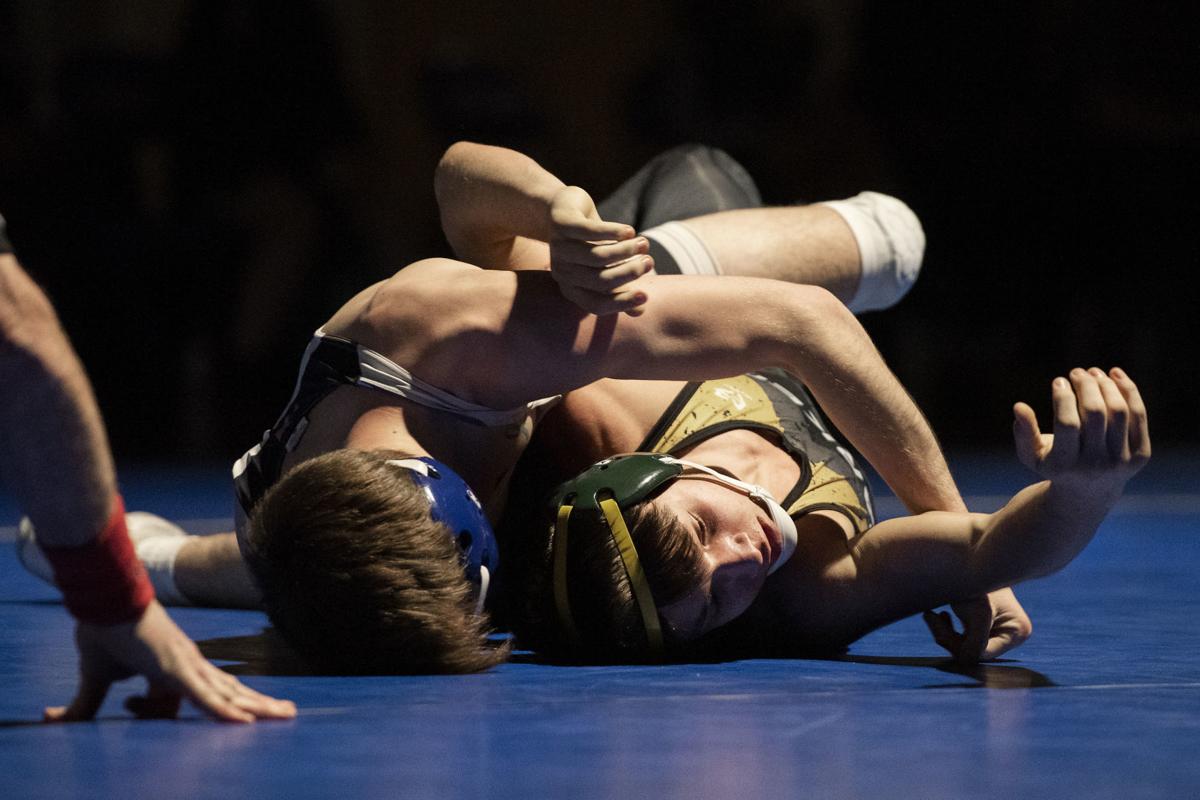 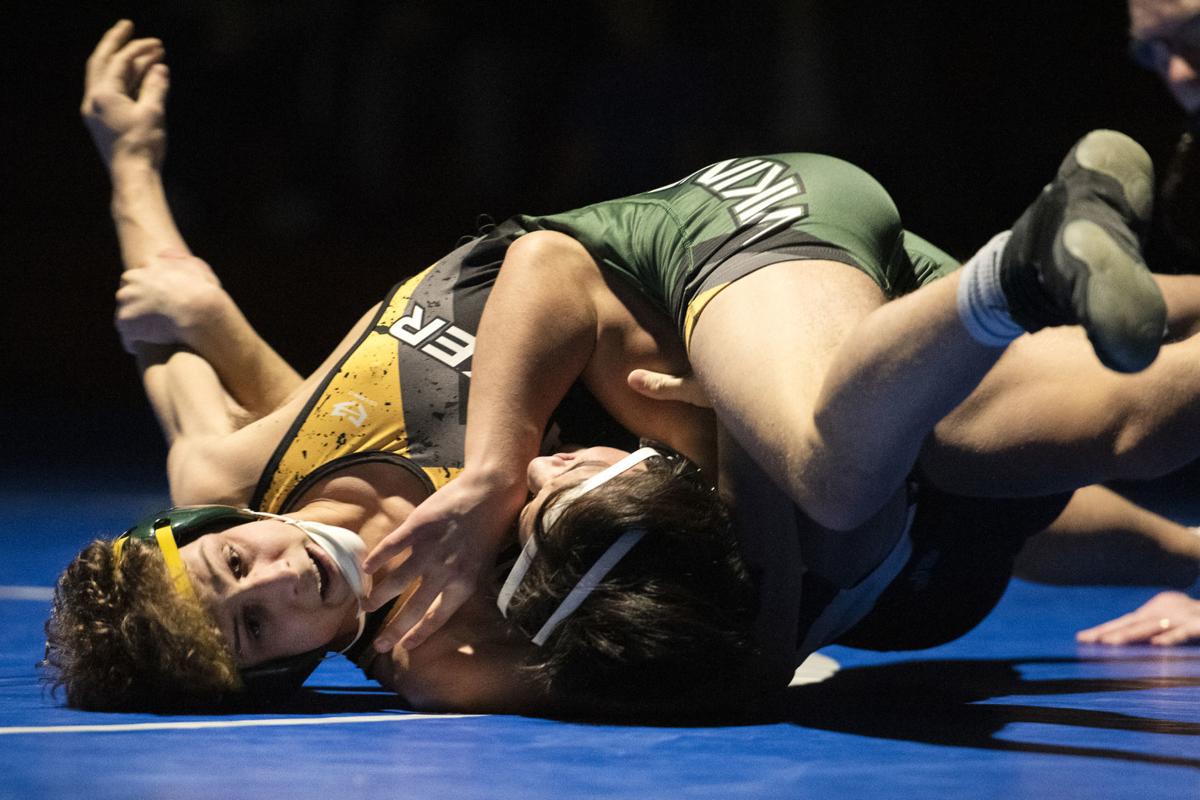 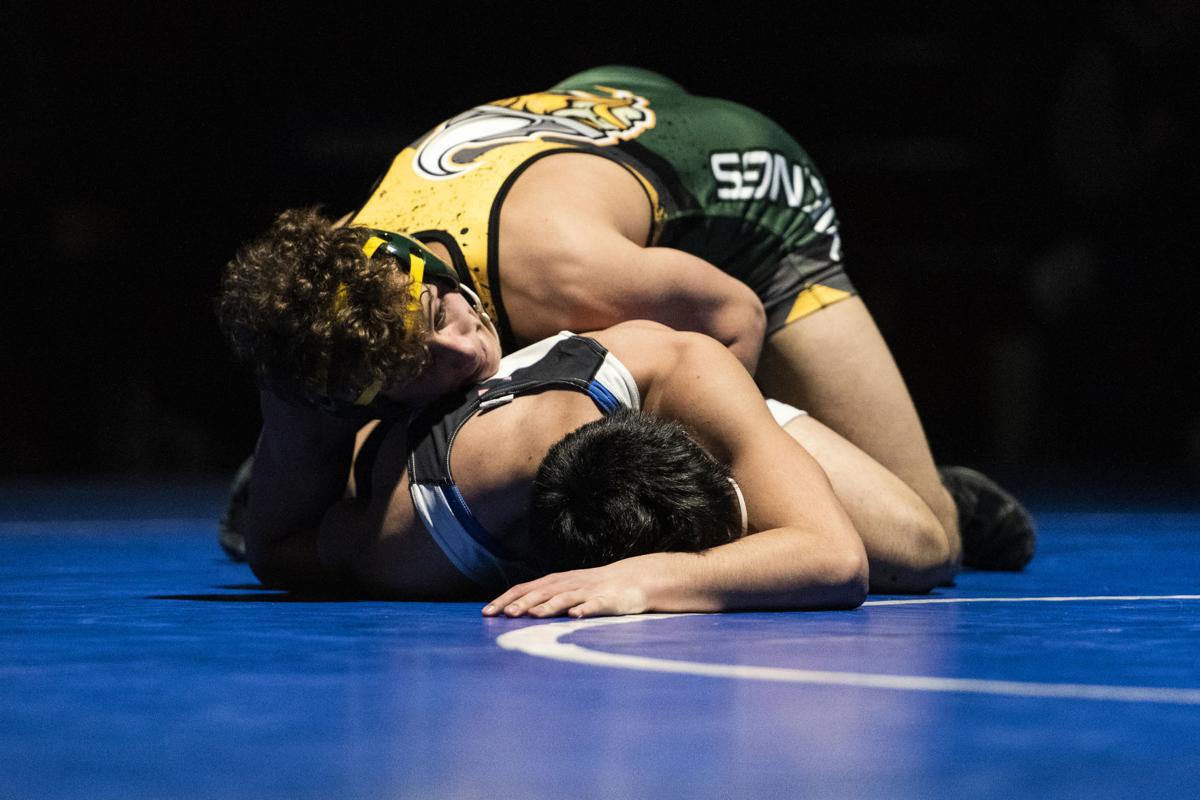 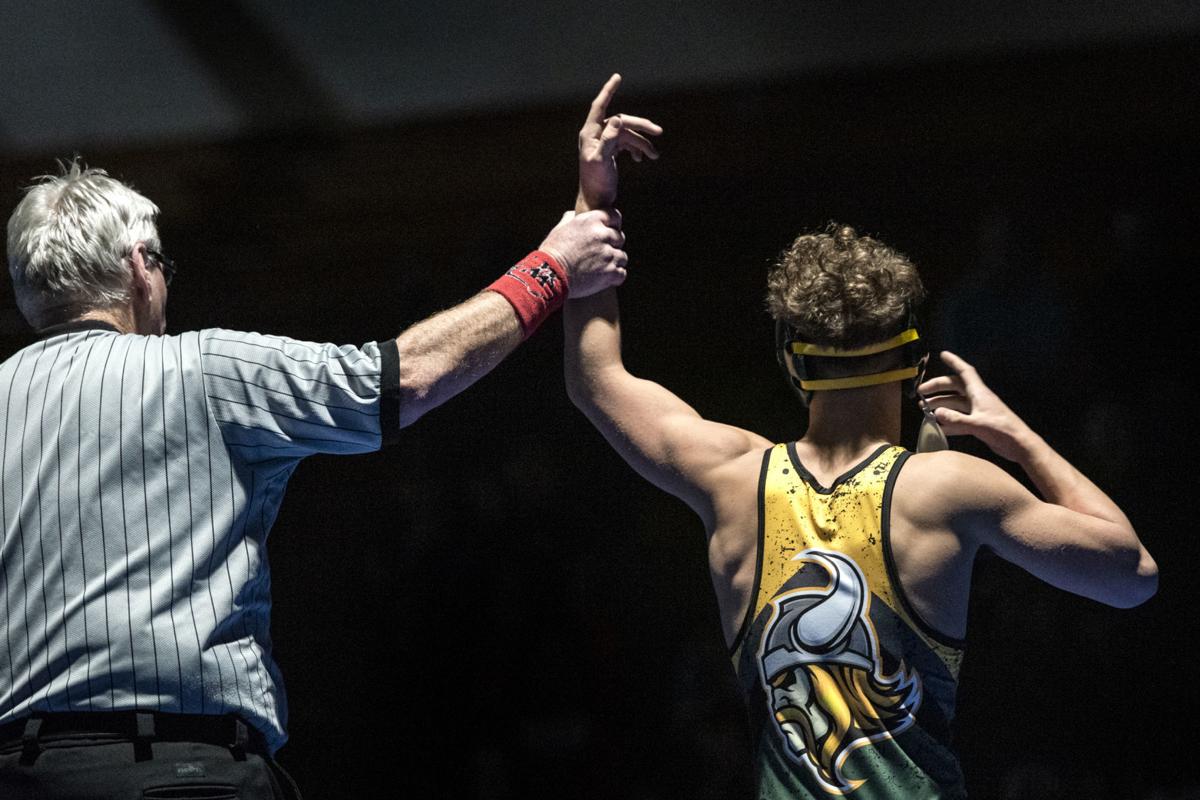 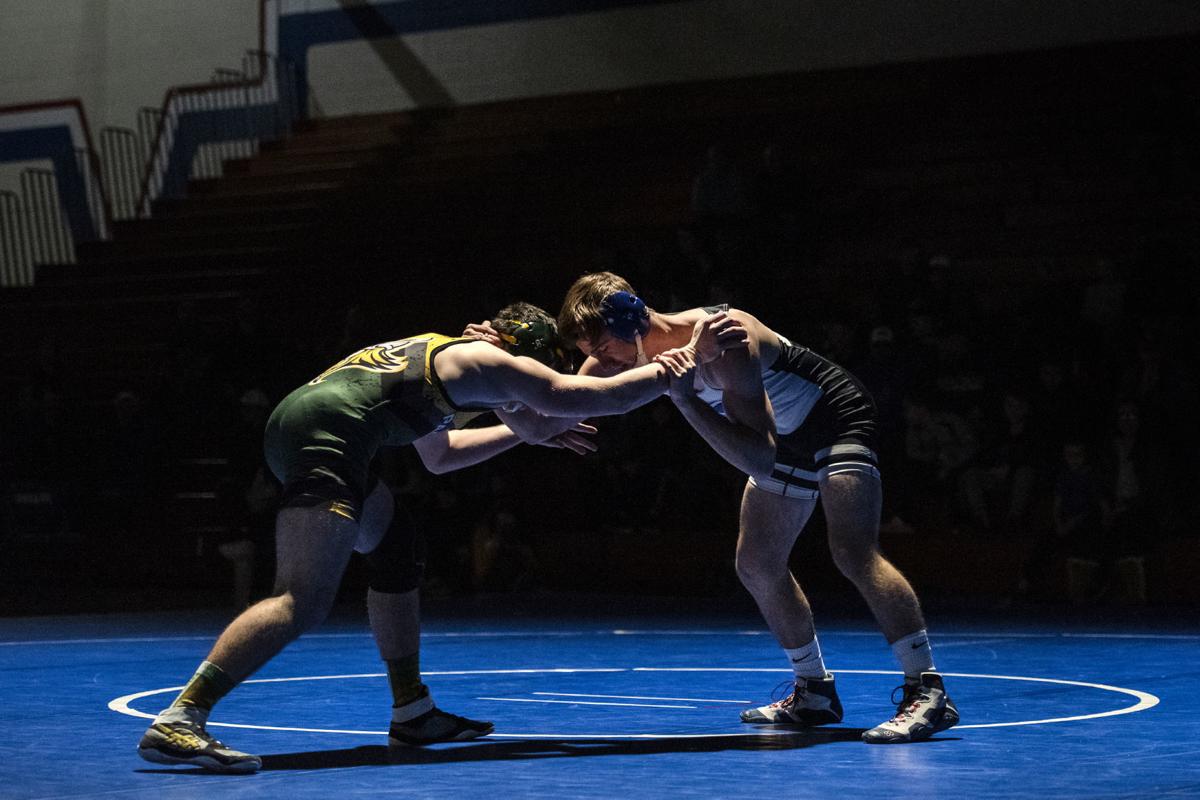 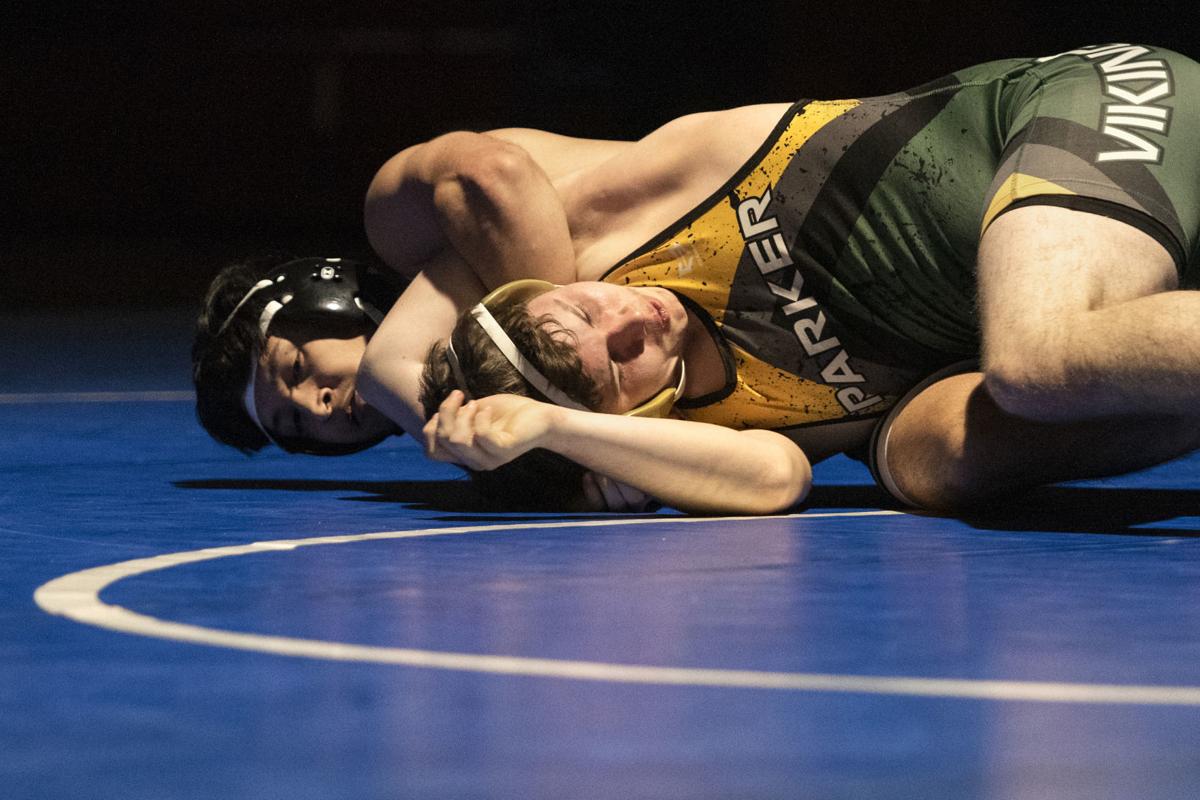 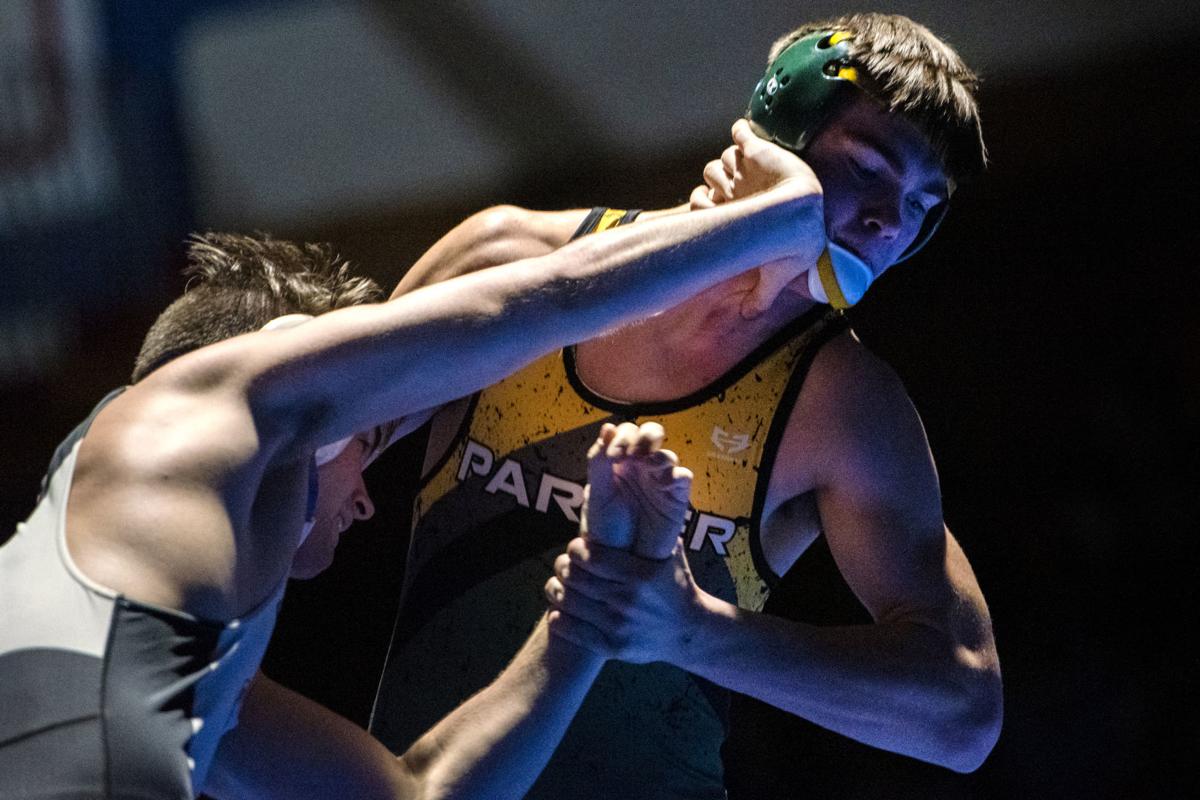 Janesville Craig’s wrestlers feel like they are hitting their stride.

Following up a lopsided Big Eight Conference dual victory over Middleton last week, the Cougars pounced on crosstown rival Janesville Parker early Tuesday night on the way to their 12th consecutive victory in the series.

Craig scored the first 26 points and retained the Kaster-Cramer Cup with a 59-18 home victory. The Cougars have never lost possession of the trophy, which was created in 2012 to honor longtime Craig coach Joe Kaster and Parker coach Ron Cramer.

“We’ve come out and won every year, and it’s pretty fun,” said Craig senior captain Mayson MacLennan, who earned a major decision at 138 pounds in one of the most anticipated matchups of the night. “We look forward to wrestling them every year.

“I think our guys started us off really well, and it carried on through the whole meet.”

Junior Juan Armas—ranked No. 11 in the state—followed with the exact same result at 120, and junior Julian Garcia got a first-period pin at 126.

After a forfeit at 132 due to a Parker injury, MacLennan’s 15-4 major decision gave Craig a 26-0 lead. MacLennan is ranked eighth in the state, while his opponent, Jakob Williams, is an honorable mention.

“That was the match of the night, and we did good there,” Craig coach Mark Mullen said of MacLennan, who had beaten Williams by just two points when they met in a tournament earlier this year. “He wrestled him a lot different this time.

“Coulter is finally back in our lineup, and he really got us started off. He’s been working really hard.”

Parker got on the board when junior Dominic Dransfield won by third-period pin at 145 pounds.

“That was his best match he’s had all year, so that was good to see,” Parker coach Shane Fleming said. “I thought maybe that was going to give us a little bit of a spark.”

But senior Aiden Romack swung momentum back to Craig with a 9-3 decision at 152 pounds, and after another forfeit and senior Marshall Getchell’s pin at 170, it was 41-6 Cougars.

“We’re hitting our stride here after these back-to-back wins,” said Getchell, an honorable mention in the latest rankings. “I hope that we can keep it going.

“Regionals, team sectionals, and then I really want to go to state. I think we all do right now.”

“The guys are doing a nice job, and they really care about each other, support each other and work hard,” Mullen said. “We saw a lot of that in the match against Middleton.”

Besides Dransfield at 145, Parker got pins from Bryce Heerey at 182 and Ian Ramirez at 106.

The Vikings are hoping to earn a rematch with Craig in the Big Eight Showcase. They need to beat Sun Prairie on Friday and then Beloit Memorial to set up another crosstown meeting.