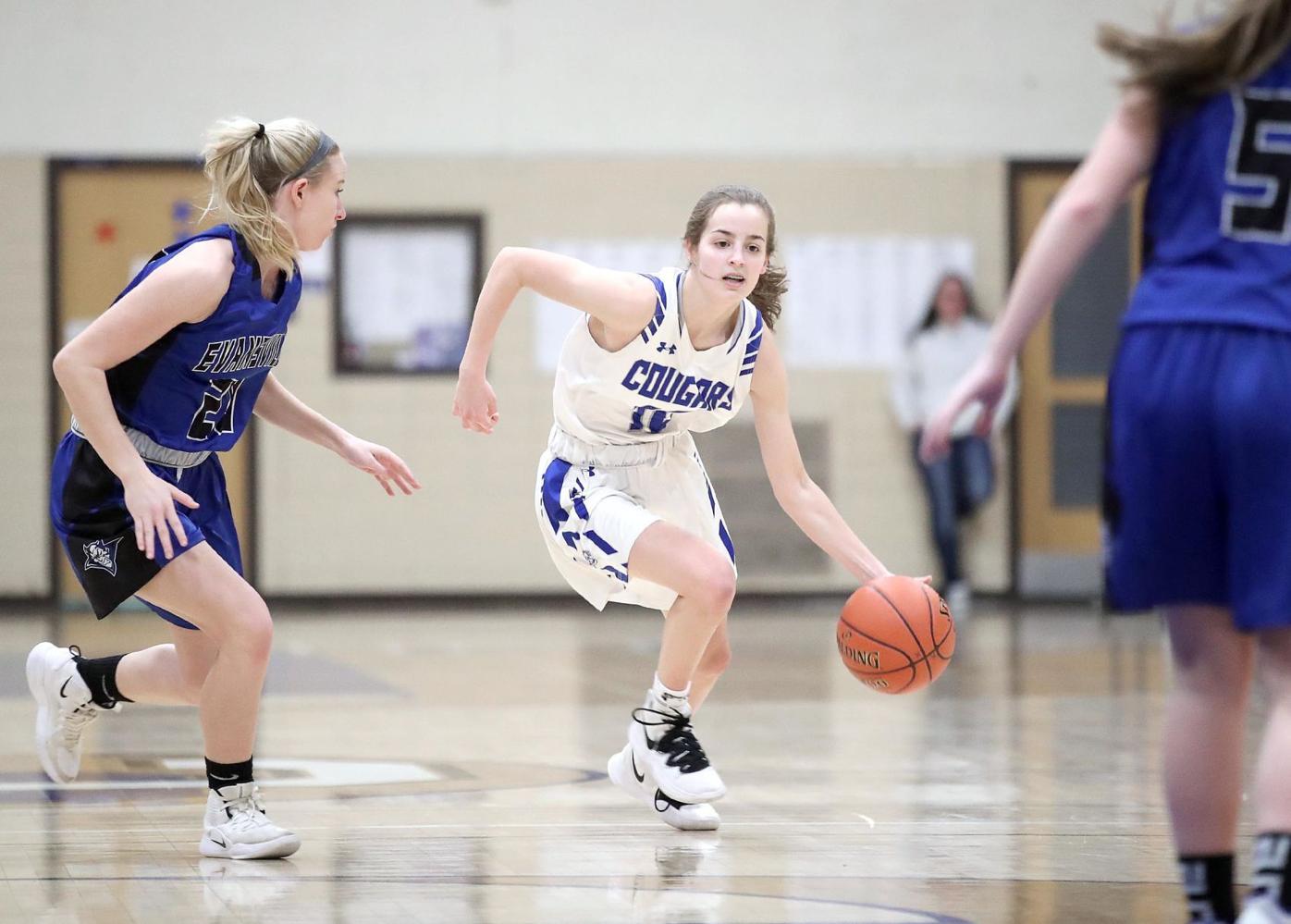 Janesville Craig’s Kate Huml drives to the basket against Evansville during the Janesville Optimist Holiday Tournament last December. The local high school sports seasons remain on uncertain ground due to the pandemic. 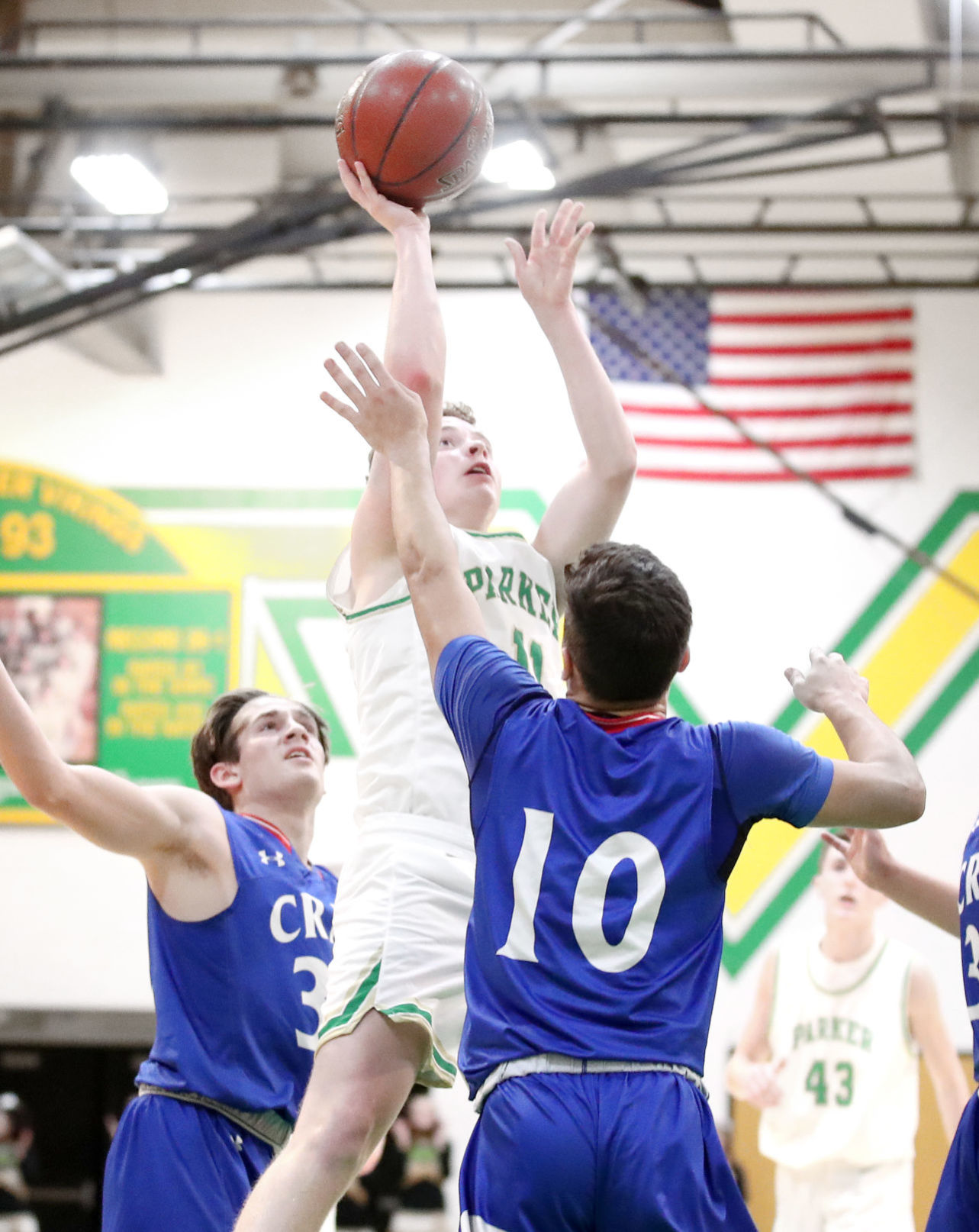 Janesville Parker's Ethan Thompson pulls up for a shot in the lane during their home game against Janesville Craig on Thursday, December 12. .

Janesville Craig’s Kate Huml drives to the basket against Evansville during the Janesville Optimist Holiday Tournament last December. The local high school sports seasons remain on uncertain ground due to the pandemic.

Janesville Parker's Ethan Thompson pulls up for a shot in the lane during their home game against Janesville Craig on Thursday, December 12. .

As of right now, the only games the winter sports programs at Janesville’s high schools will be playing is the waiting game.

That continues to leave, as of right now, Craig and Parker as the only Big Eight schools with any form of on-campus education. Both city schools are in a hybrid form now where students are in school learning every other day.

The fall sports season has already been moved to a truncated model next spring. But what does this all mean for winter sports in the city?

“I think more than anything, we’re in a wait-and-see position,” Craig athletic director Ben McCormick said. “No one really knows what’s going on or what could happen, but right now we have to plan as if there will still be winter sports.

“I talked to both the Sun Prairie and Beloit ADs, and we talked about the possibility of having a winter sports season even if schools are still learning virtually. Optics-wise, it might not make sense, but a lot of people feel it might be safer for athletes to learn virtually at home but still participate in a sport. That way they’re not around anyone all day like they normally would be.”

McCormick said mental health is an ongoing and rising problem for many students who have been forced to learn virtually since March. Athletics are an escape for many, he said.

“Think about those senior athletes,” McCormick said. “They had their spring season taken away last year, really have no idea if they’ll even have a fall or winter season this year. There was no Homecoming, no Craig/Parker week. It has to be really difficult mentally and emotionally for a lot of them to not have all those things that make your senior year so special.”

McCormick, who is also the head boys basketball coach at Craig, said starting a winter sports season in late January is problematic. The girls basketball tournament series is scheduled to begin the first week of February.

McCormick said if the Big Eight is left with no other choice but to have a season starting in late January, Craig and Parker would both try and schedule as many nonconference games as possible before that.

Currently, most indoor venues are allowed 25% capacity. McCormick said if that remains the Rock County Health Department’s guideline going forward, he believes the Craig gym could still allow two family members per player along with a limited number of students.

“Again, it’s still a wait-and-see type of scenario, because things change it seems day to day.” McCormick said. “But I see no reason why we couldn’t play basketball or other winter sports, even if we’re virtual, as long as we’re following guidelines, not sharing a locker room at the same time and not sharing equipment such as water bottles, drinking fountains and towels.”

“All the athletic directors having been working together to reschedule the competitions to fit the new WIAA fall, winter and spring schedules,” Kreger said. “The ADs are in constant communication about providing competitions for our students.”

Currently, the WIAA’s calendar lists the earliest day for girls basketball practice as Nov. 16, with games beginning Nov. 24. Those dates are Nov. 23 and Dec. 1 for boys basketball. Gymnastics and hockey practices, for boys and girls, can start Nov. 16. Wrestling and boys swim practices can start a week later.