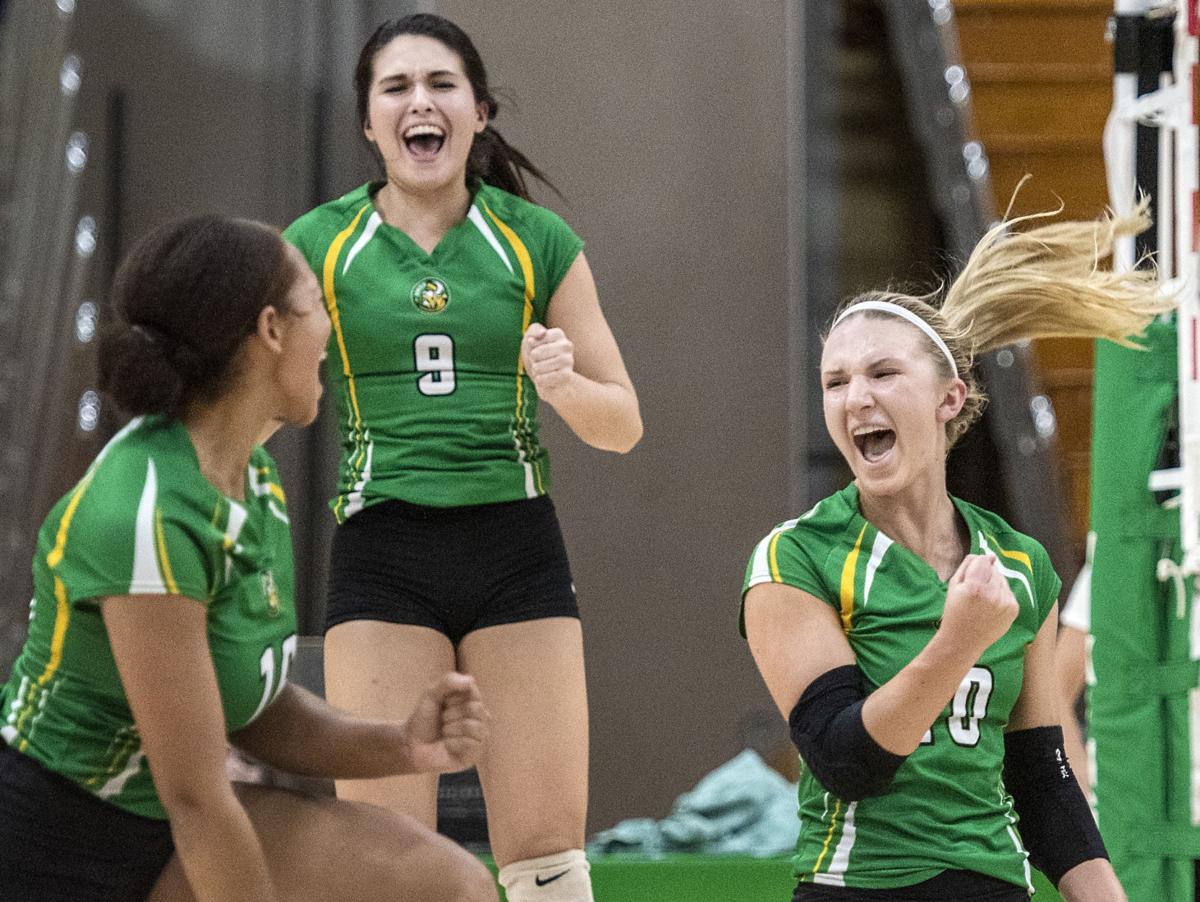 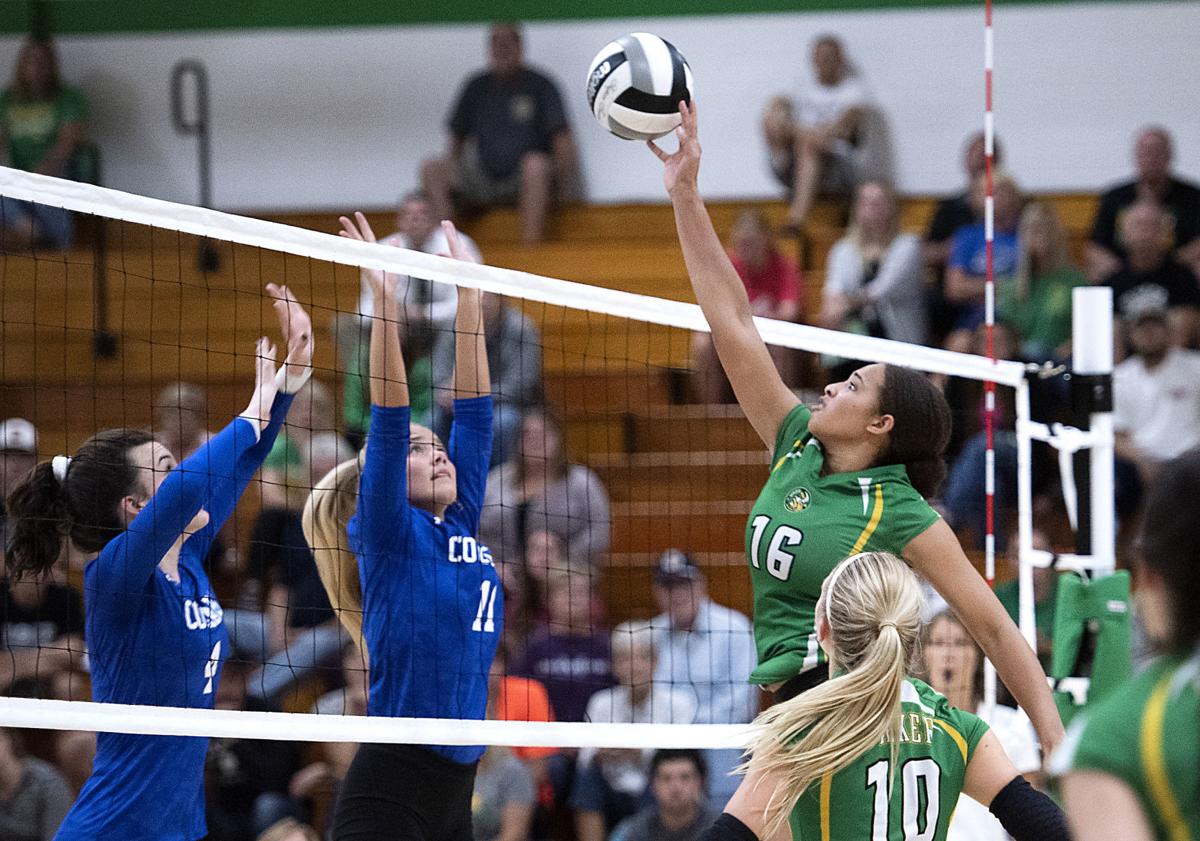 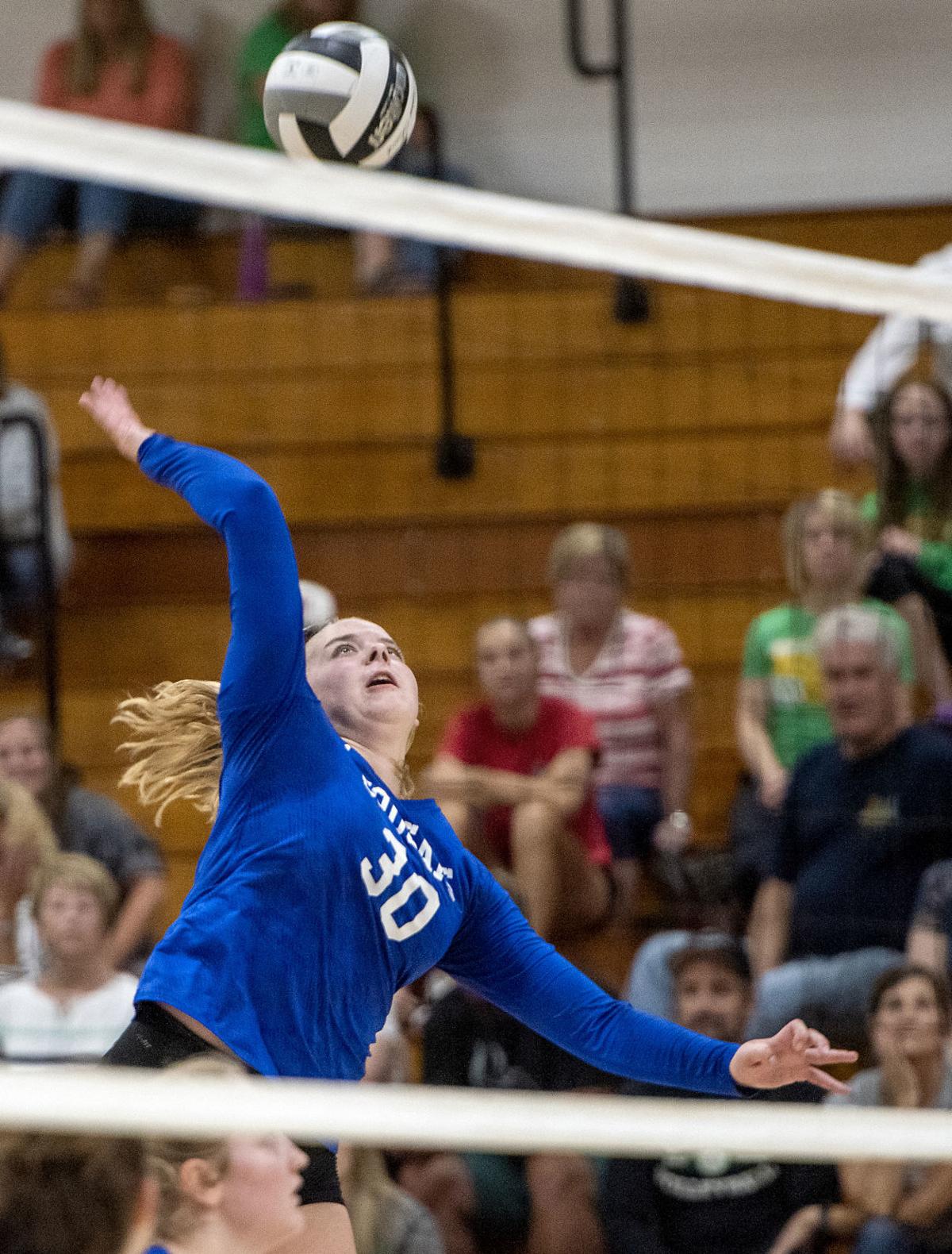 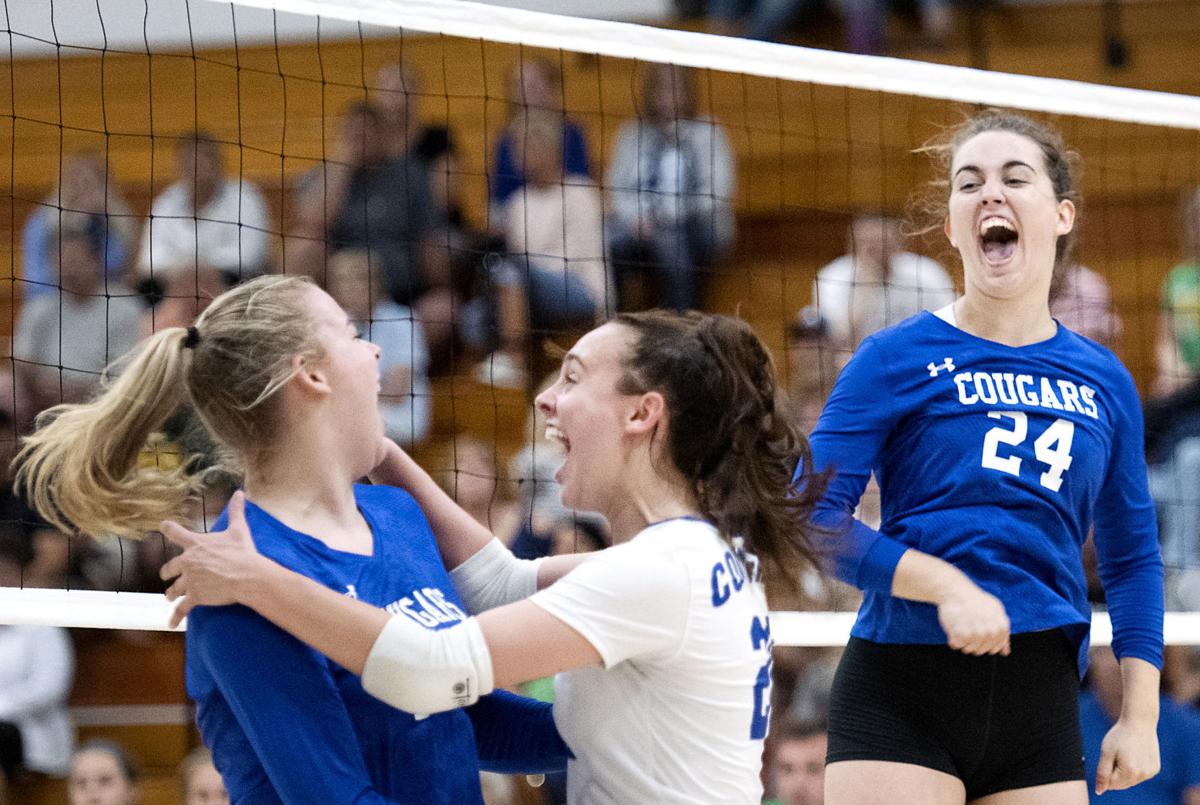 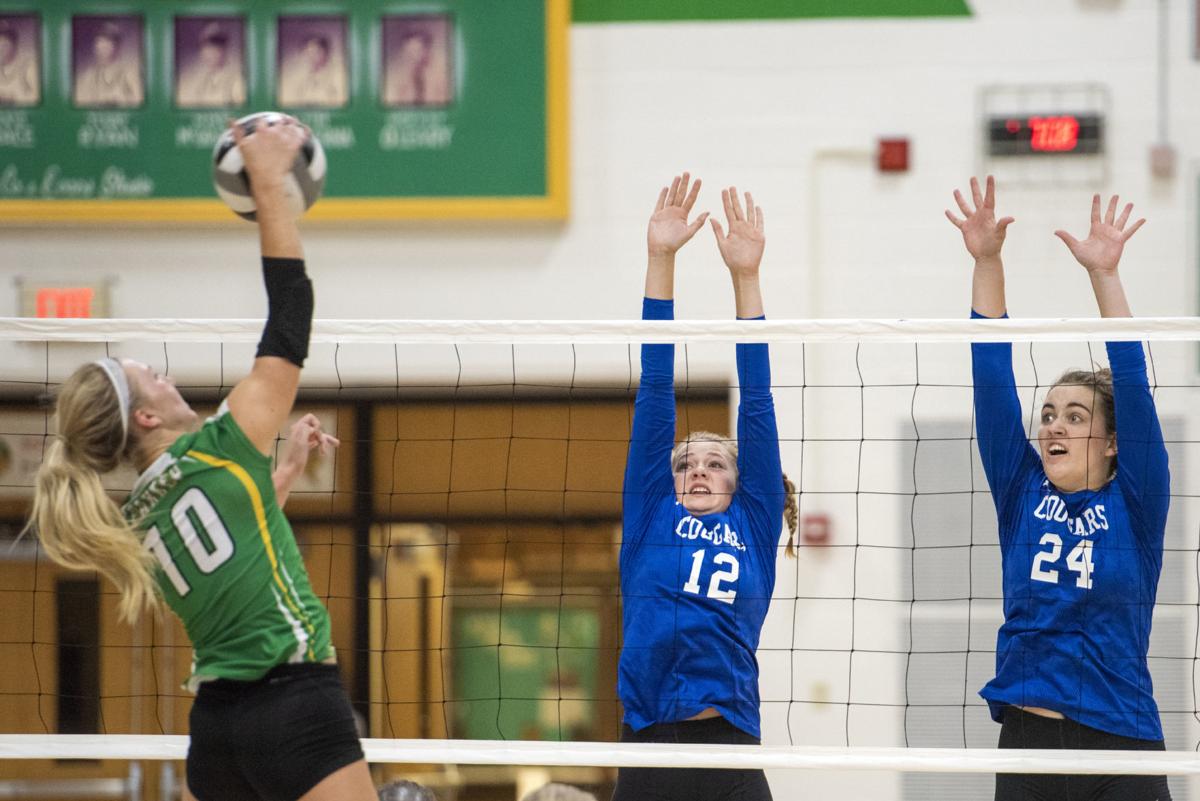 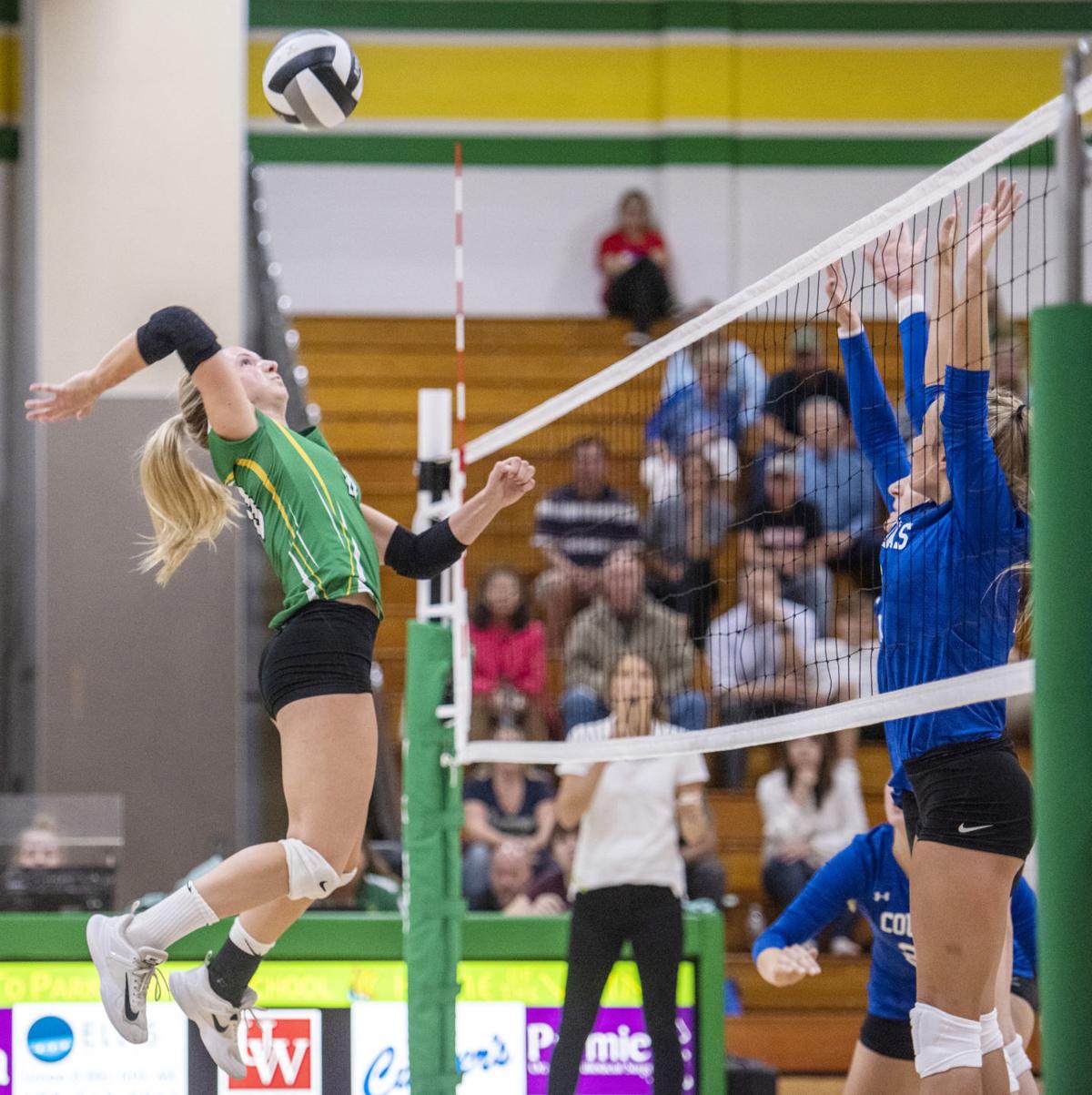 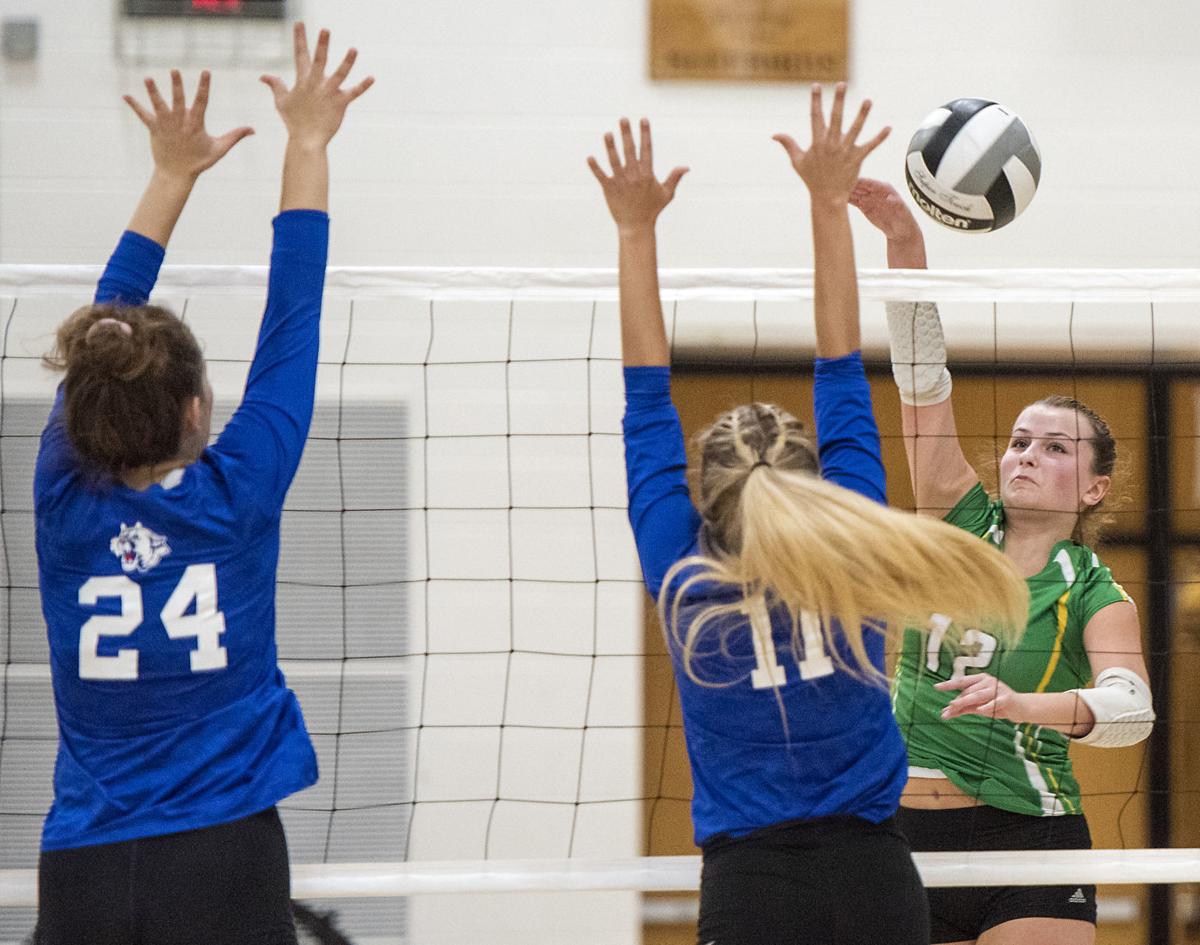 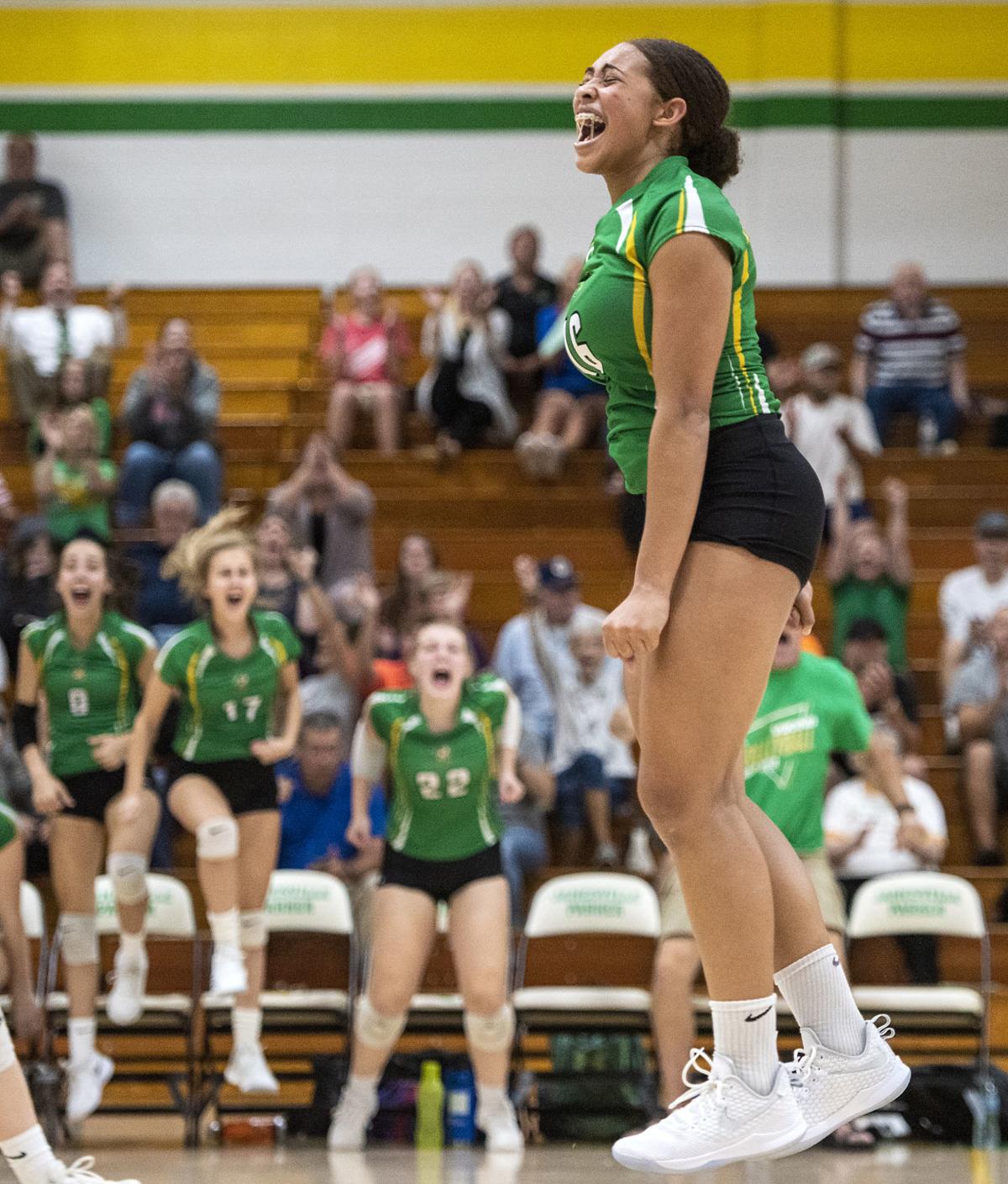 Parker's Shay Riley (16) jumps with excitement after Parker's victory over Craig on Thursday, September 12, 2019, at Parker High School in Janesville. 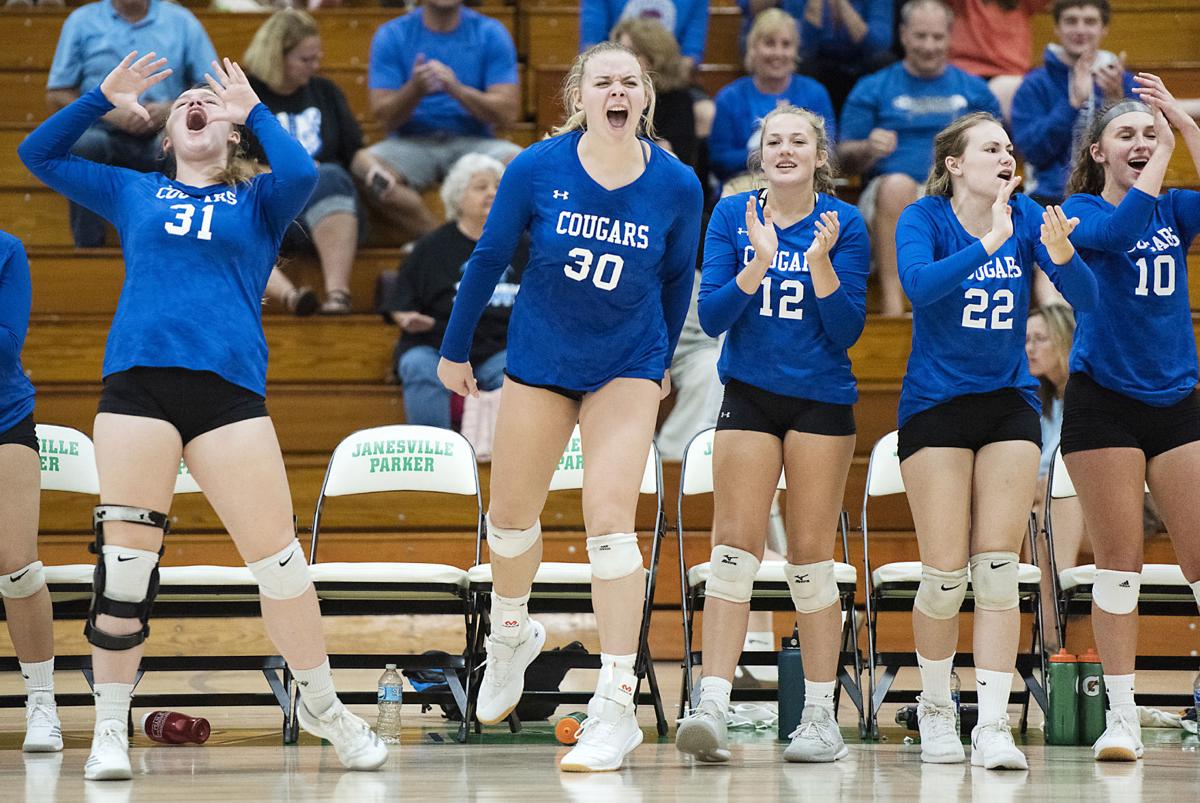 Craig players cheer on their teammates from the bench as the Cougars' try to rally against Parker on Thursday, September 12, 2019, at Parker High School in Janesville. 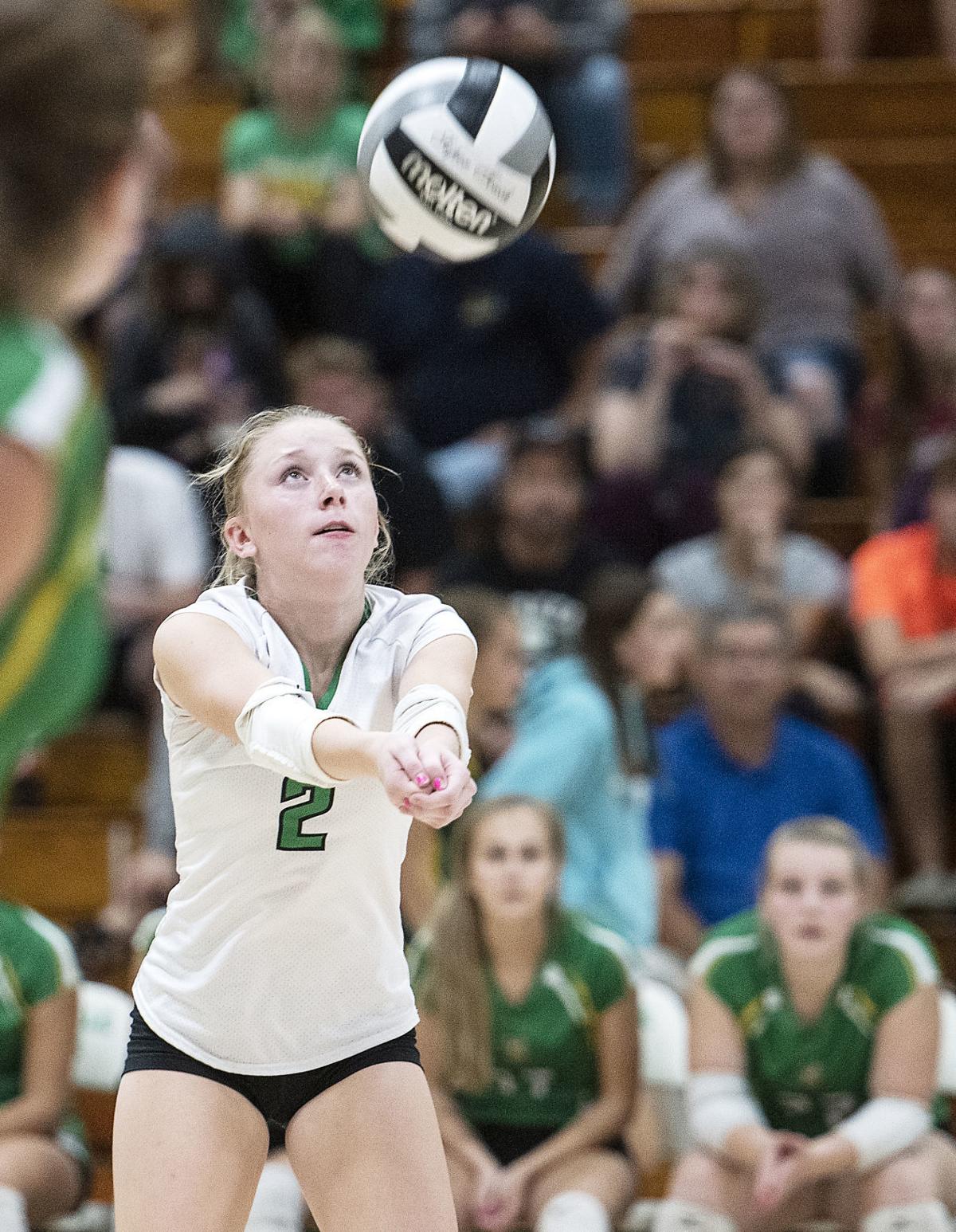 Parker's Shay Riley (16) jumps with excitement after Parker's victory over Craig on Thursday, September 12, 2019, at Parker High School in Janesville.

Craig players cheer on their teammates from the bench as the Cougars' try to rally against Parker on Thursday, September 12, 2019, at Parker High School in Janesville.

On Thursday night, the Vikings beat the Cougars for the second time this season.

Rachel Van Beek and Tina Shelton controlled play at the net, Shay Riley was the perfect floor general for the Vikings with 38 assists and Carlie Curtis kept the Cougars off-balance with a difficult serve to return.

Shelton said her team’s resiliency was the difference.

“We were able to come back from an 8-2 deficit that first game, and it’s just amazing how we can pick each other up,” Shelton said.

“Yes, we wanted to beat Craig because it’s our rival, but more than anything, we wanted to come back and get a win after losing to Verona on Tuesday.”

Craig led 13-6 in Game 1 before Parker mounted a comeback.

With Curtis serving, Parker scored six straight points to cut the deficit to one at 16-15. The Vikings eventually tied the game at 21, and after Craig staved off two set points, Parker won it on Curtis’ service ace.

The Cougars again led 9-3 in Game 2 before Parker rattled off 10 straight points behind the serve of Jenna Gackstatter. The Vikings pulled away after that, with Curtis ending Game 2 with another service ace.

Craig coach Blake Budrow said the script was the same for the Cougars as it has been all season.

“We play good in spurts, but then something happens and our communication breaks down,” Budrow said.

“I guess you could say it’s our youth, but I’m sick of saying that. These girls have played together long enough now.”

Game 3 was back and forth until Parker seized control late. With the game tied 19-19, the Vikings scored six of the last eight points. The match ended on Kylee Skrzypchak’s spike.

“If you noticed, I never took a timeout when we got down early in the first two games,” Kimball said. “If the girls think I’m panicking, it might affect how they play. They knew what they had to do to play their way out of it.

“We made a couple of slight adjustments, but for the most part it just came down to our girls executing the plan.”

Both teams will compete in the Parker Invitational on Saturday.