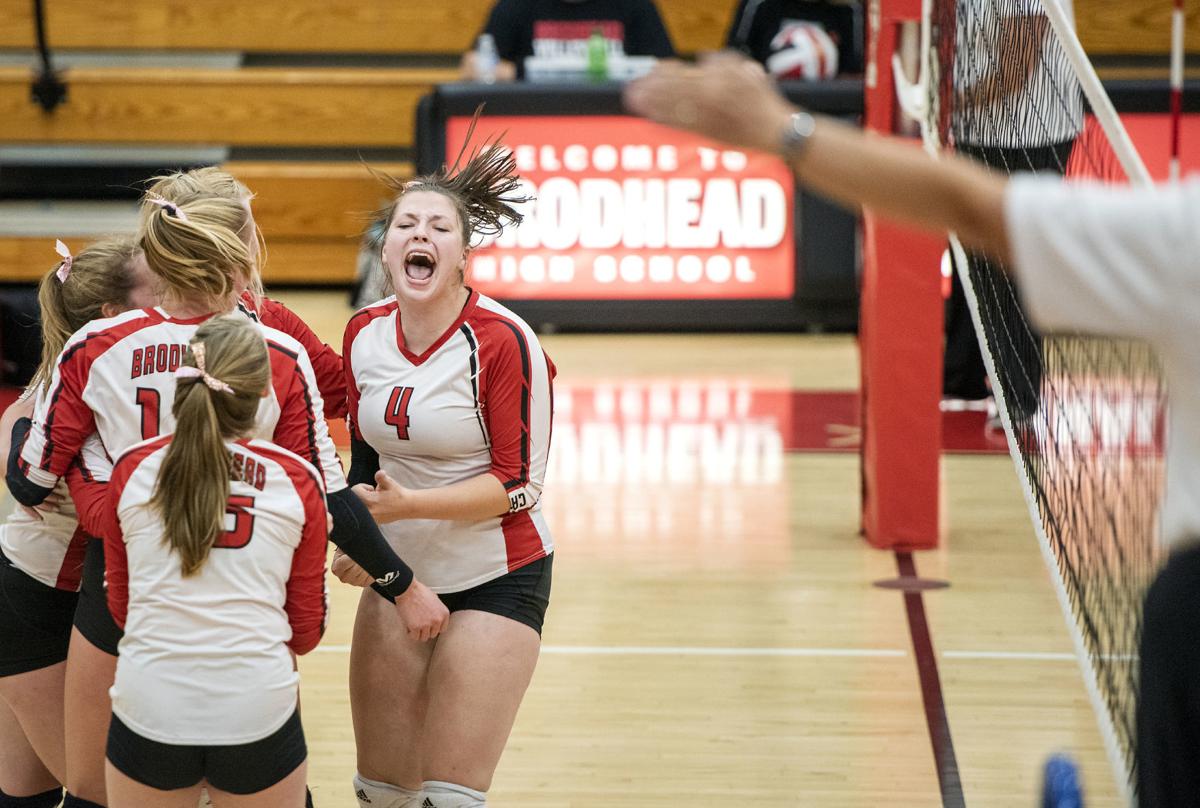 Brodhead's Katie Goecks (4) celebrates with her teammates as the official signals the winning point against Edgerton on Tuesday, October 8, 2019, at Brodhead High School. 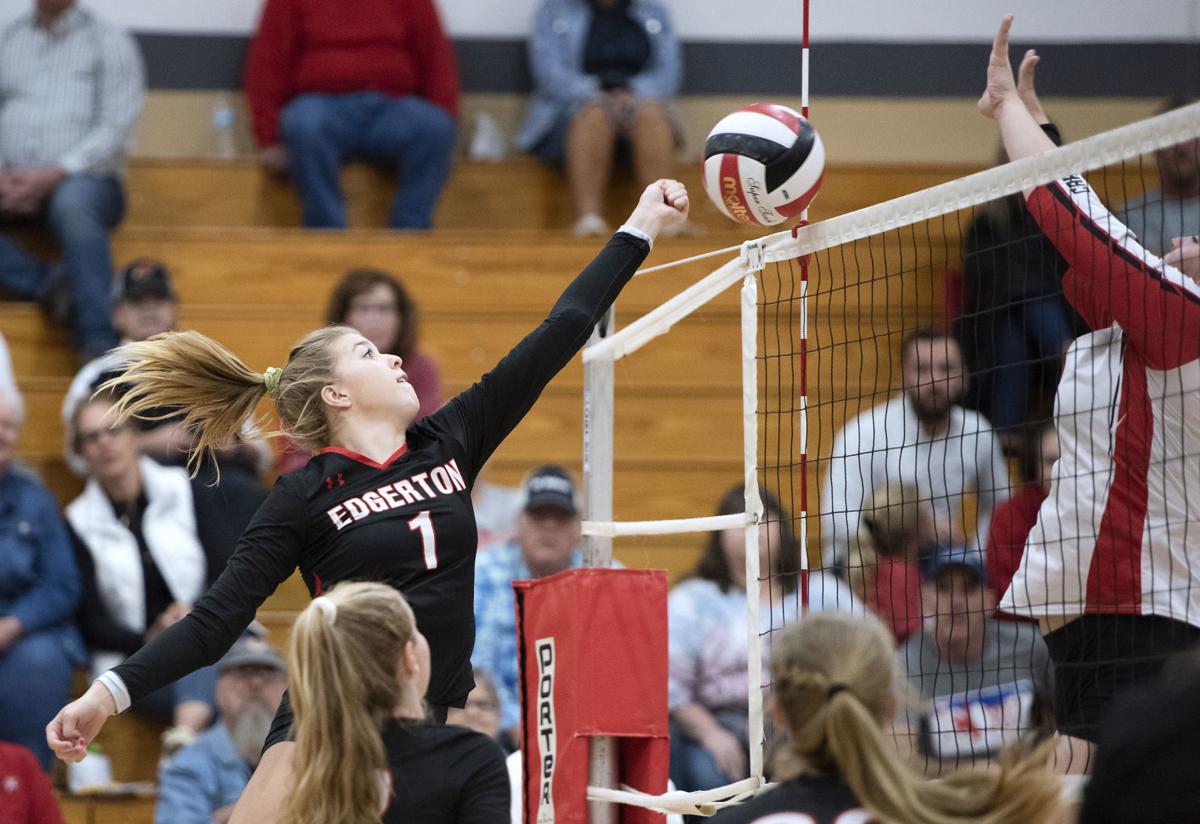 Edgerton's Carly Rebman (1), left, hits the ball over the net during their game against Brodhead on Tuesday, October 8, 2019, at Brodhead High School. 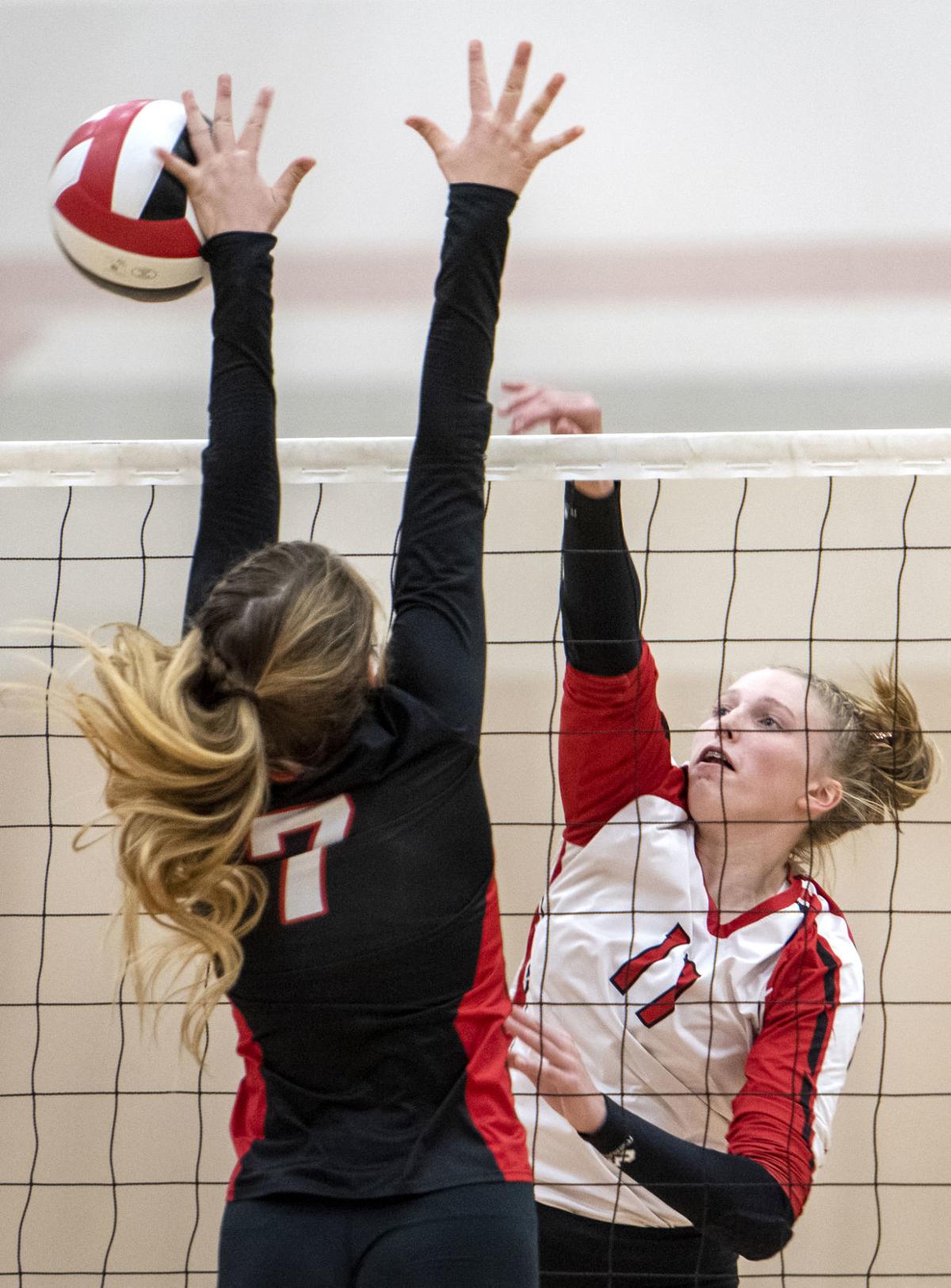 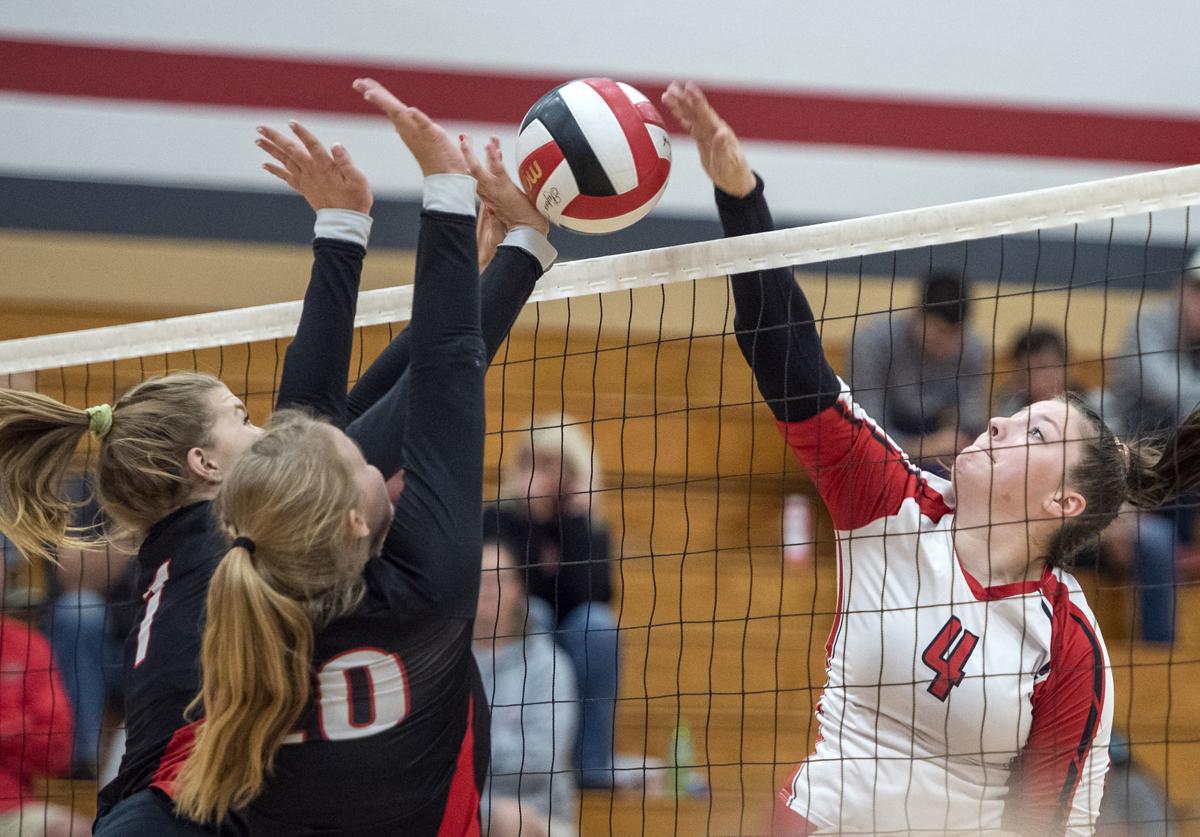 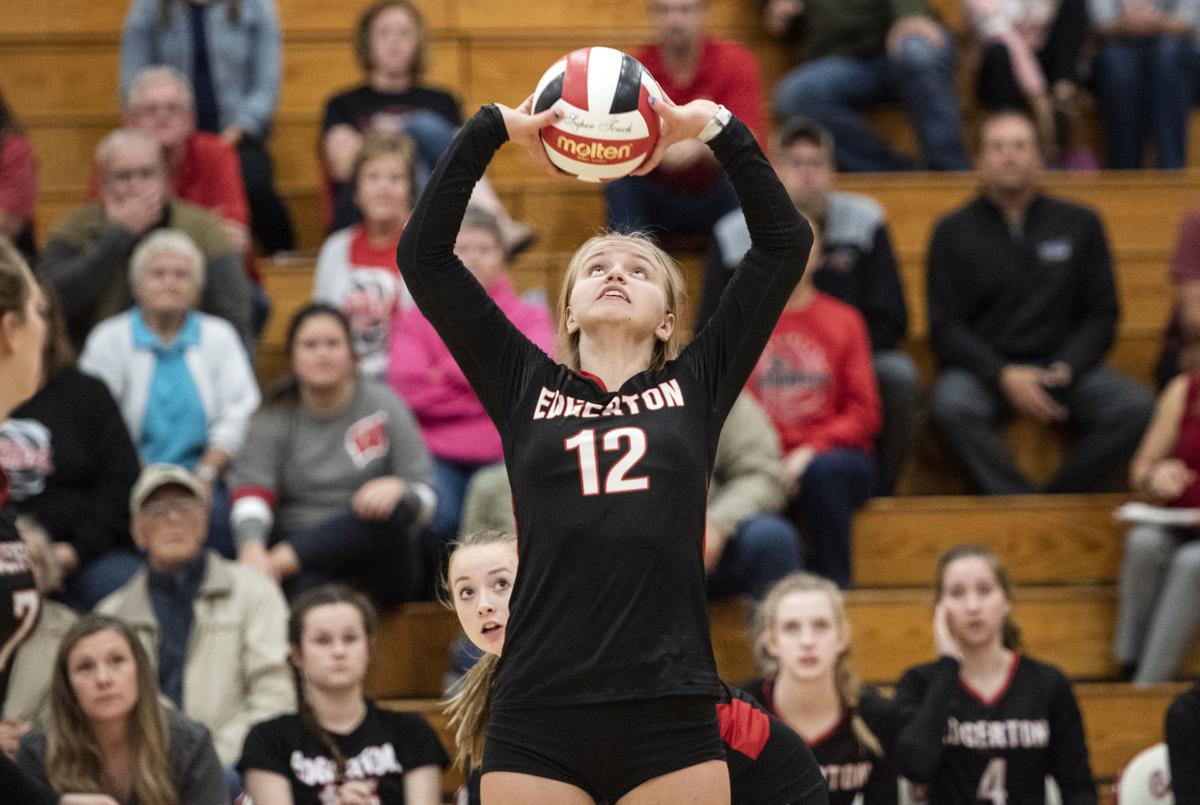 Brodhead's Katie Goecks (4) celebrates with her teammates as the official signals the winning point against Edgerton on Tuesday, October 8, 2019, at Brodhead High School.

Edgerton's Carly Rebman (1), left, hits the ball over the net during their game against Brodhead on Tuesday, October 8, 2019, at Brodhead High School.

Brodhead High’s volleyball team found itself with a bit of an unexpected test to pass Tuesday night.

The Cardinals won the first two sets of a Rock Valley Conference match against visiting Edgerton, and they even held a lead in the latter stages of the third.

Edgerton not only forced a fourth but then also a fifth as the Crimson Tide swung momentum their way.

“It’s the first time all year we’ve gone to five,” Brodhead coach Erin Kammerer said. “So our girls definitely learned something about themselves tonight, that they can win a match like that.”

Brodhead, which is receiving votes in the Division 3 state coaches poll, is 6-2 in the Rock Valley. Edgerton, which won a five-setter at Whitewater a week earlier, fell to 3-5.

“We knew that we had it all the time, it’s just that we needed to serve up to our potential,” Brodhead senior Katie Goecks said. “In the fifth game, something just clicked and we were able to let it all go, serve tough, and then our passing got better and we got more aggressive.”

Goecks and fellow middle hitter Abbie Dix, a freshman, were difference makers for the Cardinals. Dix had a team-high 20 kills to go along with four blocks and three aces. Goecks had 14 kills, three aces and three blocks.

Early on, it appeared they might help pave the way to a sweep. After cruising in the opening set, Brodhead led for nearly the entire second, as well. The Cardinals were up 17-16 when they scored eight of the last nine points—a stretch that included a critical kill each from Goecks, Dix and freshman Alexis Kammerer, who led the match with 47 assists.

“Their middles played really solid; they’re so athletic,” Edgerton coach Sharon Fox said. “We knew we needed to keep balls off the net. We didn’t do a great job of that early on but got a little better.”

Indeed, Edgerton shifted gears in the third and fourth sets. The Crimson Tide, who got a match-high 21 kills from junior outside hitter Carly Rebman, turned frequently to tips, rolls and finesse shots to beat Brodhead’s block.

Brodhead led 17-14 in the third when Edgerton sophomore setter Kate Fox Gunderson used a pair of tips and a block to deliver three straight points. The Cardinals led again briefly at 18-17, but the Tide took the lead for good two points later.

“Our passing improved after the first couple sets, and we were able to run our offensive,” Fox said. “We moved Kate into a hitter role at times, kind of mixed things up so they didn’t know if she was going to hit or going to set.”

It was all Edgerton in the fourth, but Brodhead never trailed in the decisive fifth.

Junior Bailey Matthys delivered two kills through the Tide block, and coupled with a kill and a block from Dix, the Cardinals jumped out to a 5-1 lead. Edgerton clawed back to within one at 8-7, but the Cardinals delivered two straight points, including another Matthys kill, to force a timeout, and they never led by less than two again.

Brodhead’s lone two conference losses are to McFarland, ranked No. 5 in Division 2, and Jefferson.

“We’re really diverse this year, with our fair share of older girls and young girls that are new to it and inexperienced,” Goecks said. “We’ve seen some teams that just throw us under the bus and don’t think we’re anything because we’re not in their division or we’re from the South Conference (formerly Rock Valley South when it was split).

“We saw some more glimpses of greatness,” Erin Kammerer said. “If we can just ever maintain that. We’ve just got to figure out how to stay there.”