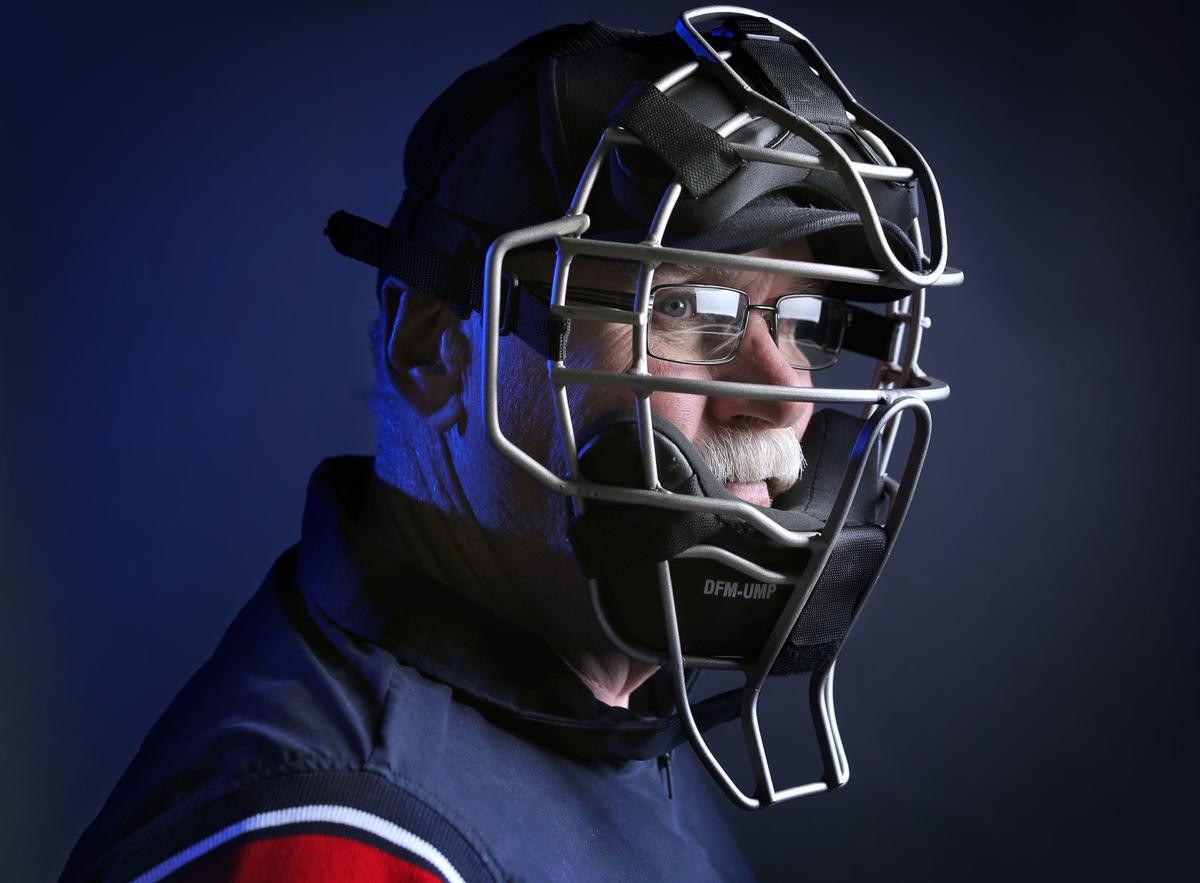 Russ O’Leary is a longtime high school baseball and softball umpire and wrestling referee in the area. 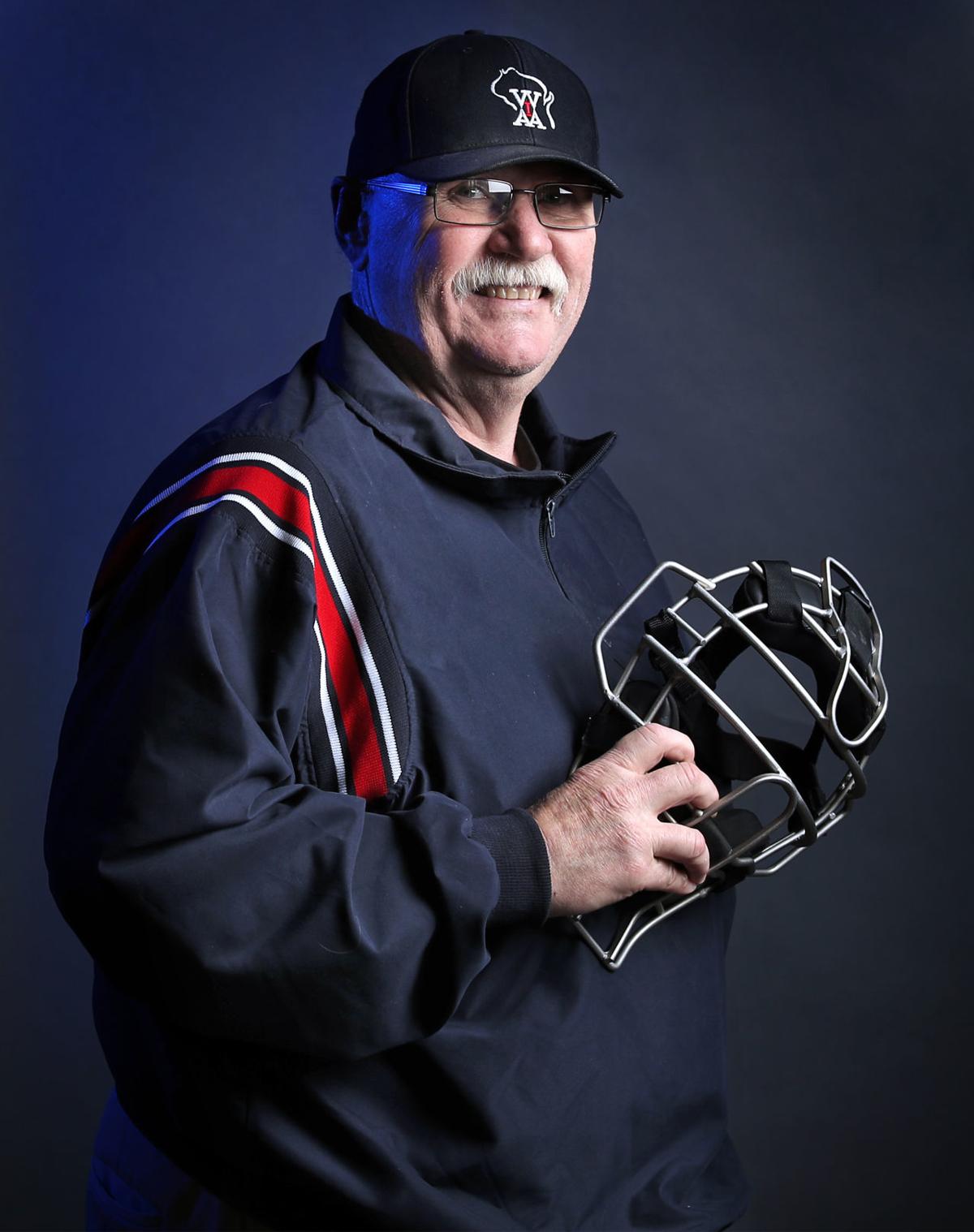 Russ O’Leary is a longtime baseball, softball and wrestling referee throughout the area.

Russ O’Leary is a longtime high school baseball and softball umpire and wrestling referee in the area.

Russ O’Leary is a longtime baseball, softball and wrestling referee throughout the area.

Storbakken has called balls and strikes on the softball diamond for 34 years.

O’Leary has been circling the wrestling mat for 23 years and umpiring baseball and softball the last 12.

Neither shows signs of slowing.

“It’s the relationships I’ve built,” Storbakken said. “Umpiring has been good to me, and that’s why I hope I have a few years left in me.”

But when officials such as Storbakken and O’Leary hang up their whistles or put away their gear, some fear there won’t be enough officials to fill contracts and make sure young athletes get a fair shake on the field or court.

A lack of officials is nearing a crisis level across the nation for all levels of sports.

One of the biggest reasons is the increase in verbal abuse thrown at officials, and the majority comes from parents. Longtime officials are quick to point out that the heckling directed at officials from the stands has gotten out of hand.

“Parents acting like they know more about certain rules or calls than I do is what has changed the most,” O’Leary said. “Nowadays, they’re not afraid to speak their minds or tell you about a call you got wrong, no matter how ridiculous it might make them look.

“And even though you’re told as an official not to hear those things, I do. And if I get the chance to talk to somebody that has been riding me over a call I did or didn’t make, I always tell them to go to wiaawi.org and sign up to become an official. We’re always looking for them.”

“Someone gave me really good advice when I first started out, and that is the fact that you’re far better off working with officials than working against,” Storbakken said. “You’re never going to get every call right no matter what sport you’re doing, and as a coach, you’re never going to have every call go your way.

“I’ve built so many great relationships with coaches and athletic directors not only as a coach but as an umpire because I try to treat everybody fairly and with respect just like I want to be treated.”

O’Leary and Storbakken have worked games at the highest levels, along with other longtime area officials such as David Brost, Ernie Furrer, Tom Bier, Dick Lambrecht and Rick Jones. Storbakken worked the Division 1 state title game in softball in 2010, and O’Leary has worked several state wrestling meets.

They agreed that although the pay for officiating is fair, it’s not the main reason to get involved. An official must have a love for sports and a strong sense of pride that comes with giving back.

Bob Schenck has been a football official for nearly 25 years. He makes roughly $2,000 a year officiating and said he spends about $200 a year on equipment and clothing. Schenck also spent several seasons as Janesville’s American Legion baseball coach and knows how difficult it was to fill a 20-game home schedule with quality umpires.

“It got to be very frustrating the last several years to fill contracts,” Schenck said. “It really comes down to the fact that you have to have thick skin nowadays to officiate, and some of the younger kids that might be interested in becoming an official simply don’t want to take the abuse that comes with it. And they feel like the money is not worth it.”

The problem is not going away. Some veteran officials say drastic measures may be needed to try and recruit new blood to the officiating ranks.

O’Leary likes the idea of a mentor program. Instead of throwing young officials into games to fend for themselves, O’Leary suggests working alongside newcomers to help them acclimate before they get discouraged and give up.

Recruiting younger officials to work alongside veterans could be particularly beneficial in football, which is susceptible to a mass departure of officials if an entire five-person crew decides to retire.

“It’s tough if you have a crew that’s been together for five or 10 years; they’re together because they like officiating together,” said the WIAA’s Joan Gralla, who is in charge of officials. “They don’t really want to bring another person into their crew. We have many more football crews retiring than we have new full crews coming in.

“When a whole crew leaves, that hurts the numbers.”

Storbakken said a proposal is in place at Craig to offer a one-semester course on coaching and officiating. If approved by the School District of Janesville, the class would teach students about both occupations and certify them to officiate games at lower levels, such as the YMCA or the Janesville Youth Baseball and Softball program.

“I think if a kid got a taste of it and had the right mentoring along the way, a course like that could really pay dividends,” Storbakken said. “I think right now, kids see the abuse officials take and feel like it’s just not worth it.

“If you can weather the first few years as an official, you’ll find out that it’s a lifetime of rewards,” Storbakken said.

John Barry is a sports writer for The Gazette. Email him at jbarry@gazettextra.com

Veteran high school officials are retiring faster than new officials can be recruited. That problem could create dire problems in Wisconsin in just a few years.