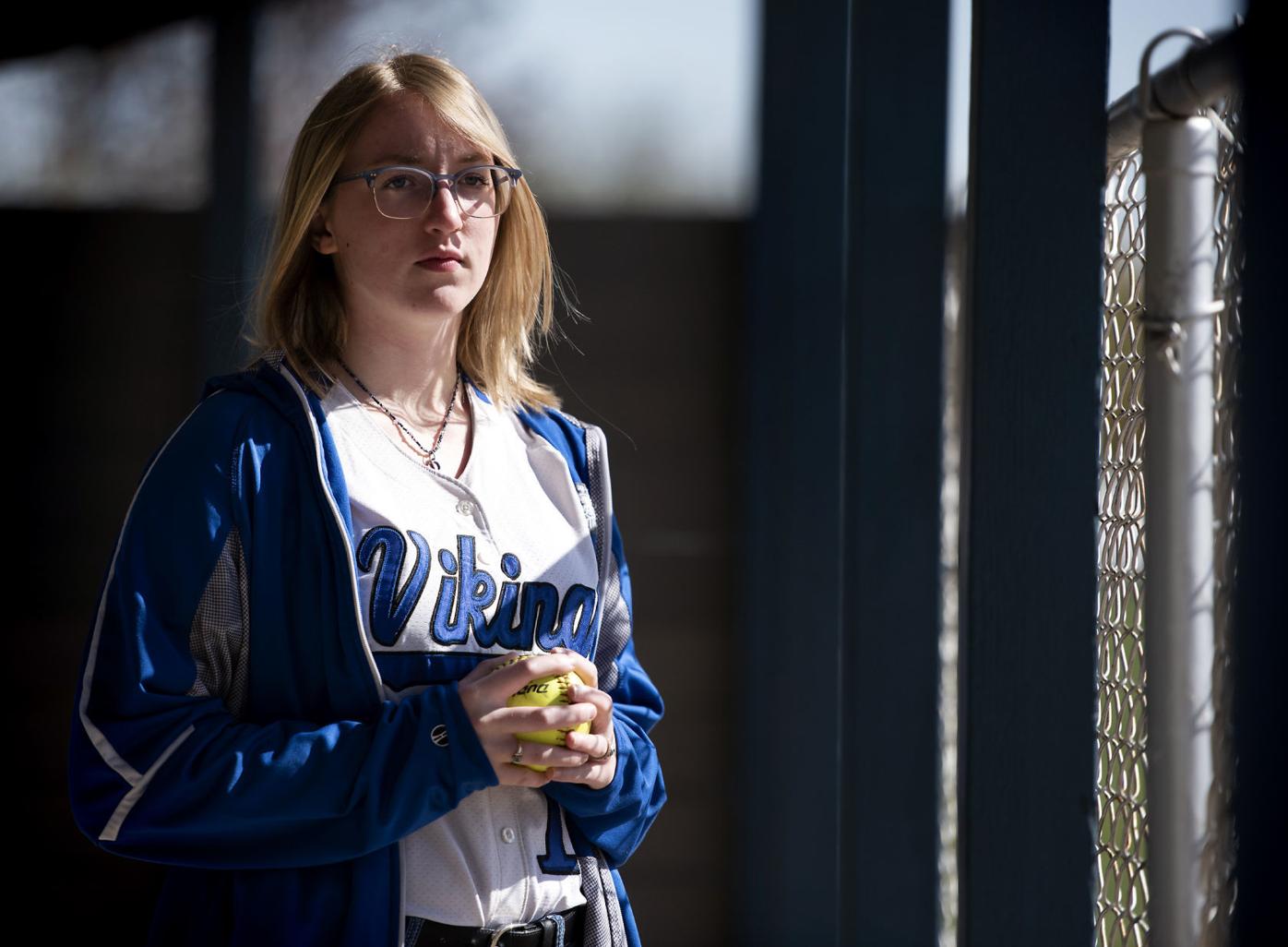 Orfordville Parkview High School pitcher Remington Stark was among the state’s leaders in strikeouts in each of the past two seasons. She was looking forward to dominating opposing hitters once again this spring. Stark will continue her softball career at Division III Westminster College in Missouri. 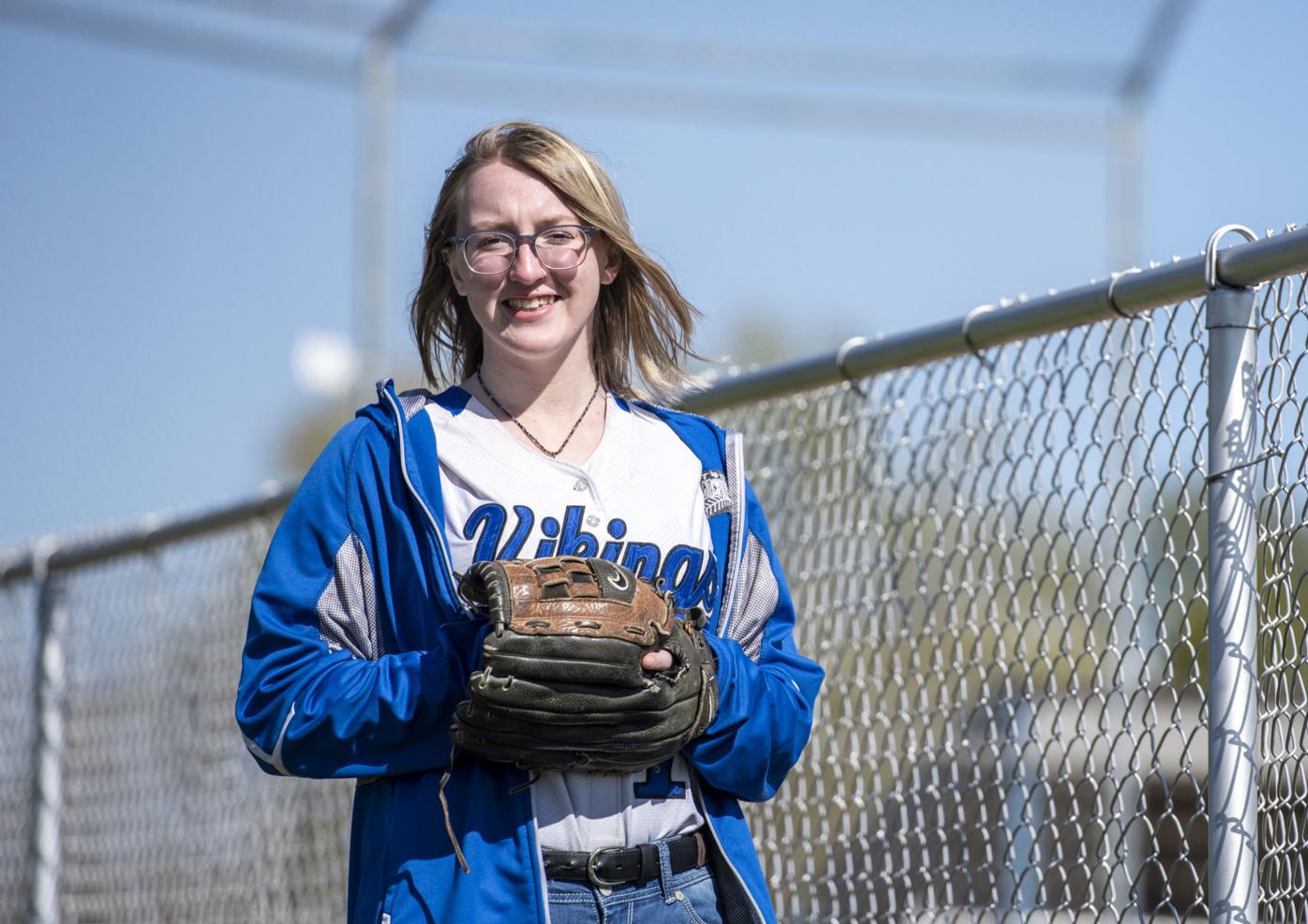 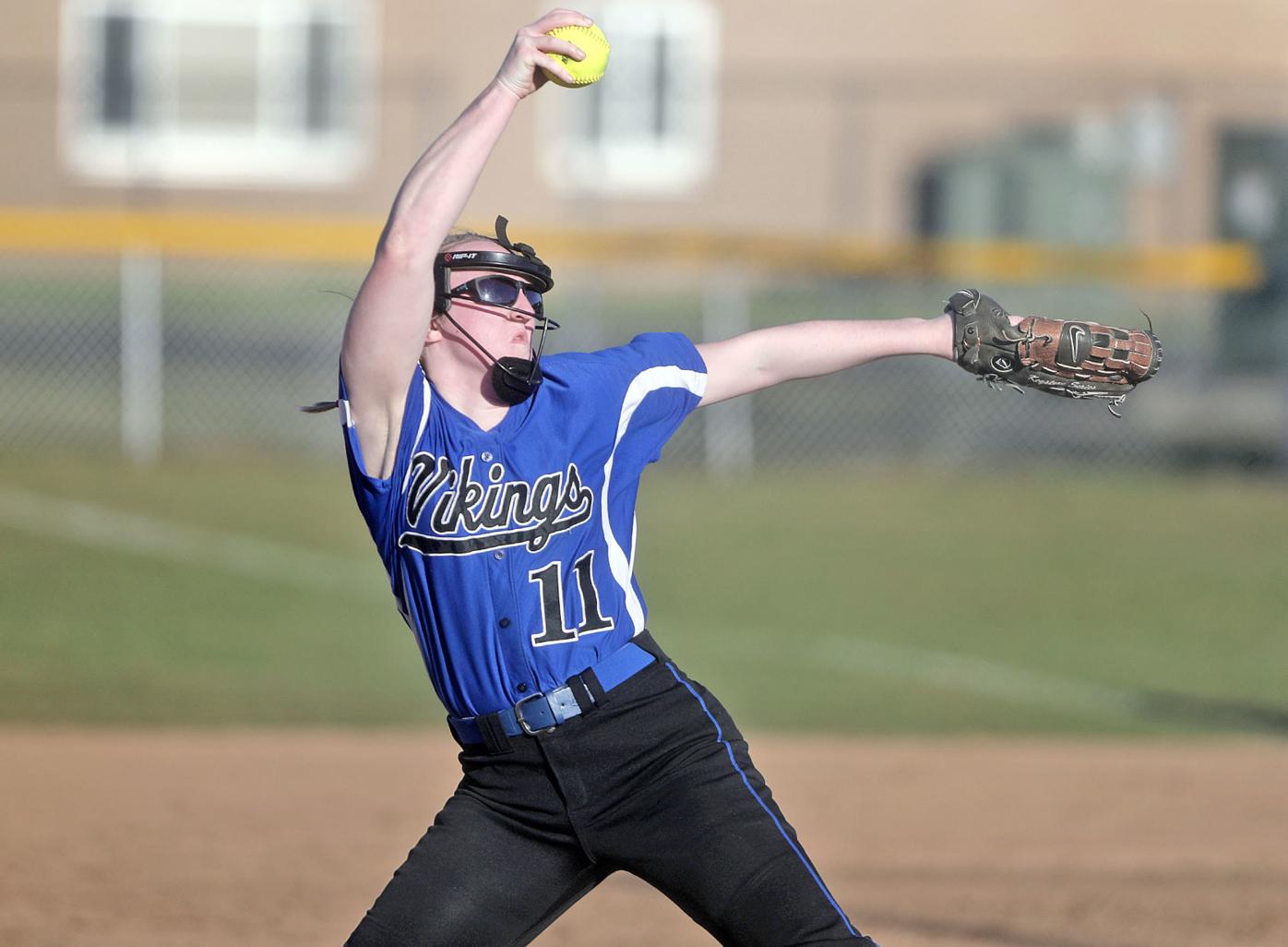 Parkview’s Remington Stark winds up for the pitch during a game last season against Beloit Turner.

Orfordville Parkview High School pitcher Remington Stark was among the state’s leaders in strikeouts in each of the past two seasons. She was looking forward to dominating opposing hitters once again this spring. Stark will continue her softball career at Division III Westminster College in Missouri.

Parkview’s Remington Stark winds up for the pitch during a game last season against Beloit Turner.

The stats are staggering.

Strikeouts, shutouts, earned run average—Remington Stark was in a league of her own.

The Orfordville Parkview senior put together back-to-back dominating seasons in the circle for the Vikings and figured to be one of the top three or four pitchers in the state this season.

The coronavirus pandemic ended the overpowering right-hander’s prep career but not her softball-playing days. She is set to attend Westminster College—a Division III school in Fulton, Missouri.

“I’m sad that things ended this way, but it’s not just about me,” Stark said. “I feel bad for the Class of 2020, because there are going to be so many things we aren’t going to get to experience.

“Softball-wise, I know we had a chance to have a very good team. Probably the best team Parkview ever had. That’s really sad.”

Stark’s strikeout numbers were jaw-dropping when you look at all the factors involved.

She was fourth in the state last season with 259 strikeouts and sixth in 2018 with 209. Those numbers could have been considerably higher if Parkview had played more seven-inning games. Several of the Vikings’ games ended after five or—on a couple of occasions—three innings due to mercy rule.

Parkview coach Ally Steinke said Stark took the same mindset to the circle each and every time.

“Remy was all business when she pitched,” Steinke said. “And not only was she dominating, but she also was as consistent as any pitcher I’ve been around.

“Her composure and poise set her apart. She was really set up for a great season, and with the talent that we would’ve surrounded her with, she’s right when she said this would’ve been Parkview’s best team ever.”

Stark started playing softball when she was 4 years old and played on her first traveling team when she was 12. She tried pitching for the first time in fourth grade, and despite struggling out of the gate she stuck with it.

She has elevated her game thanks to a five-pitch repertoire that consists of a fastball, change-up, riseball, screwball and dropball, she said.

“I’d say my riseball is my out pitch, because it’s the toughest to hit,” Stark said. “Most other pitchers, the batter has a chance to adjust, but with the riseball, if it’s thrown right, it’s almost impossible to make the adjustment.”

“Travel players all know how to hit and play the game,” Stark said. “You don’t usually have anyone in the lineup that you know you can strike out.

“A lot of times in high school, you knew certain hitters weren’t going to be able to catch up to your pitches. And I never tried to embarrass anyone at all. I just tried to throw three pitches down the middle and move on to the next hitter.”

Stark is an honor student and ranks in the top five of her class. She hopes to contribute right away at Westminster—both pitching and at the plate.

Remington Stark left her mark as one of the most dominating pitchers in the state. She is set up for more of the same at the next level.