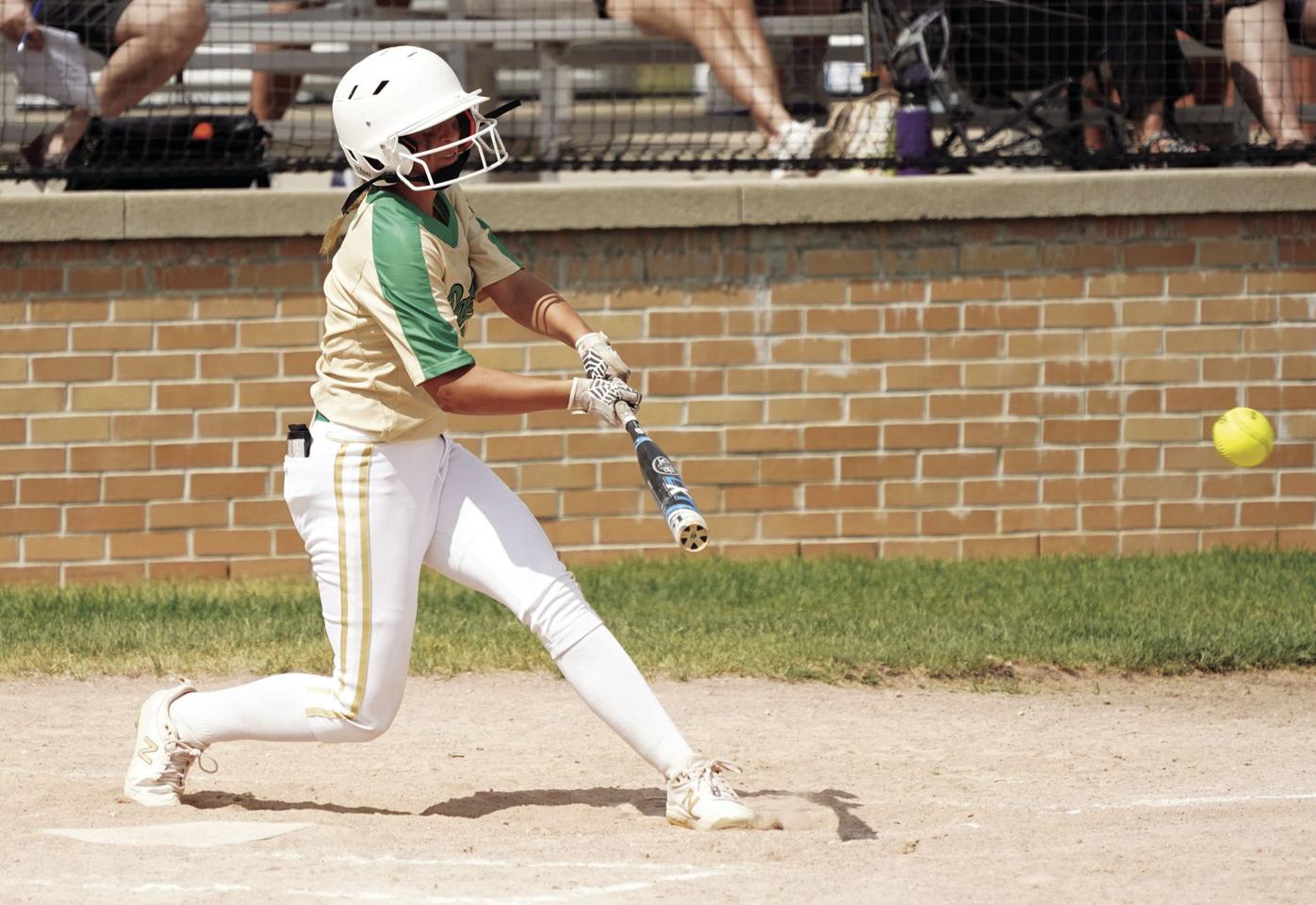 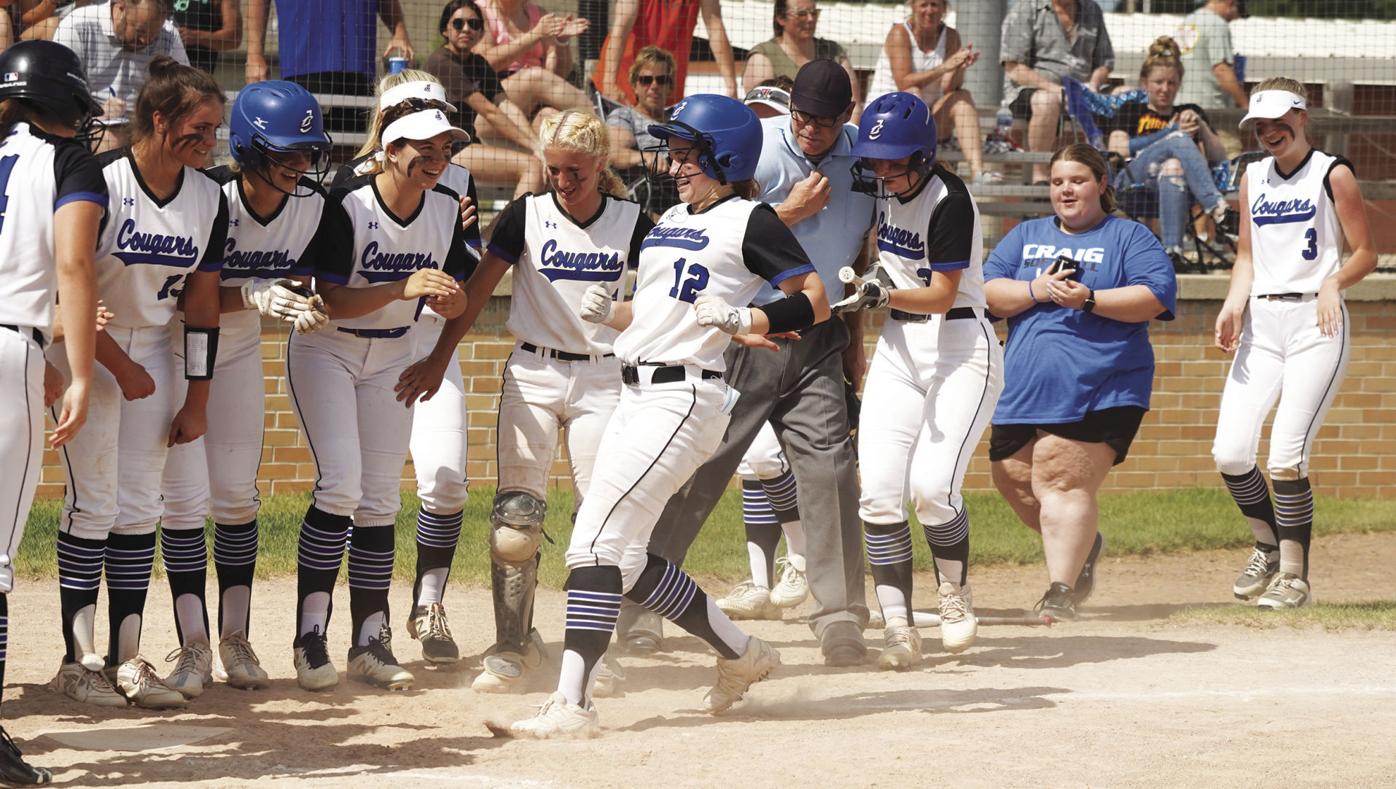 Janesville Craig batter Josie Rammer (12) touches home plate as her teammates line up to congratulate her after she hit a home run against Janesville Parker in a Big Eight Conference softball game Tuesday at the Youth Sports Complex. 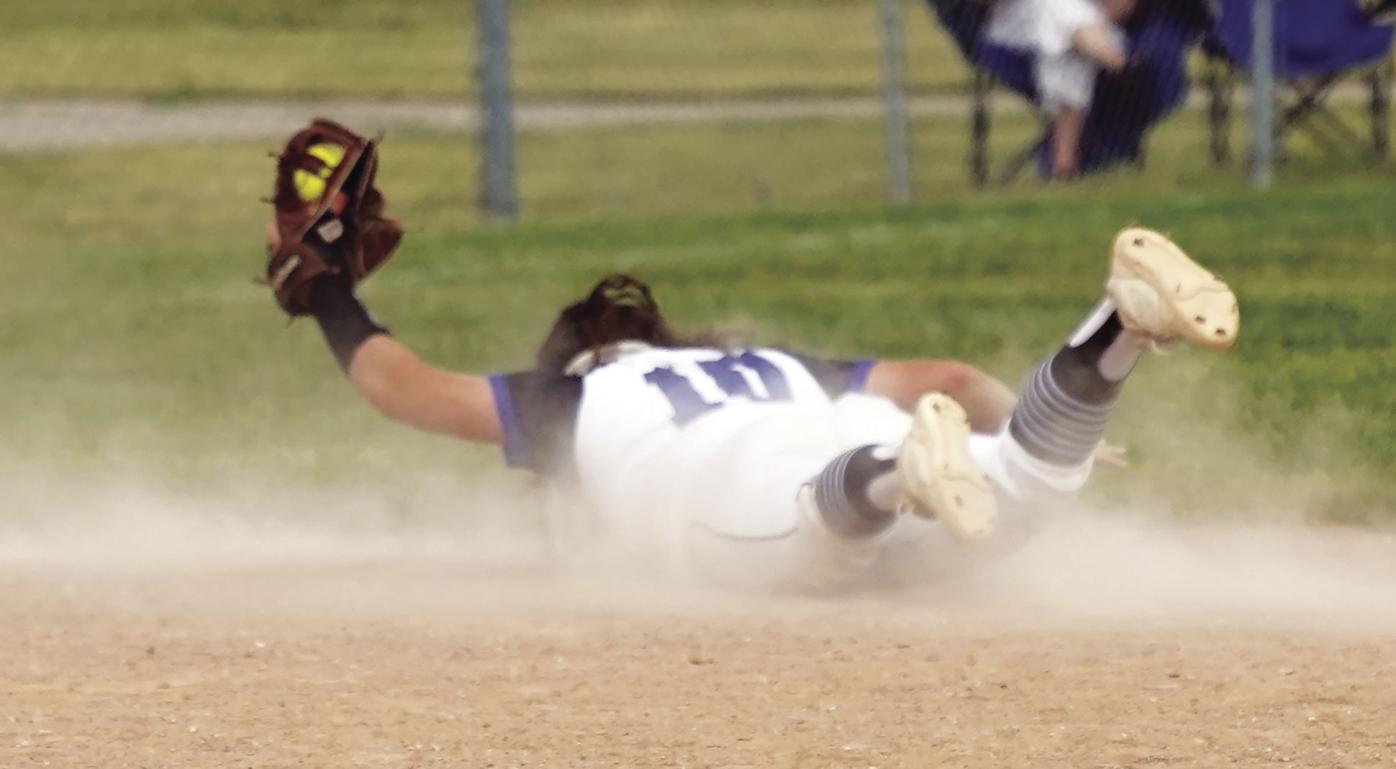 After the dust settled, Janesville Craig shortstop Abby Humphrey displayed the liner she caught against Janesville Parker at the Youth Sports Complex on Tuesday afternoon. 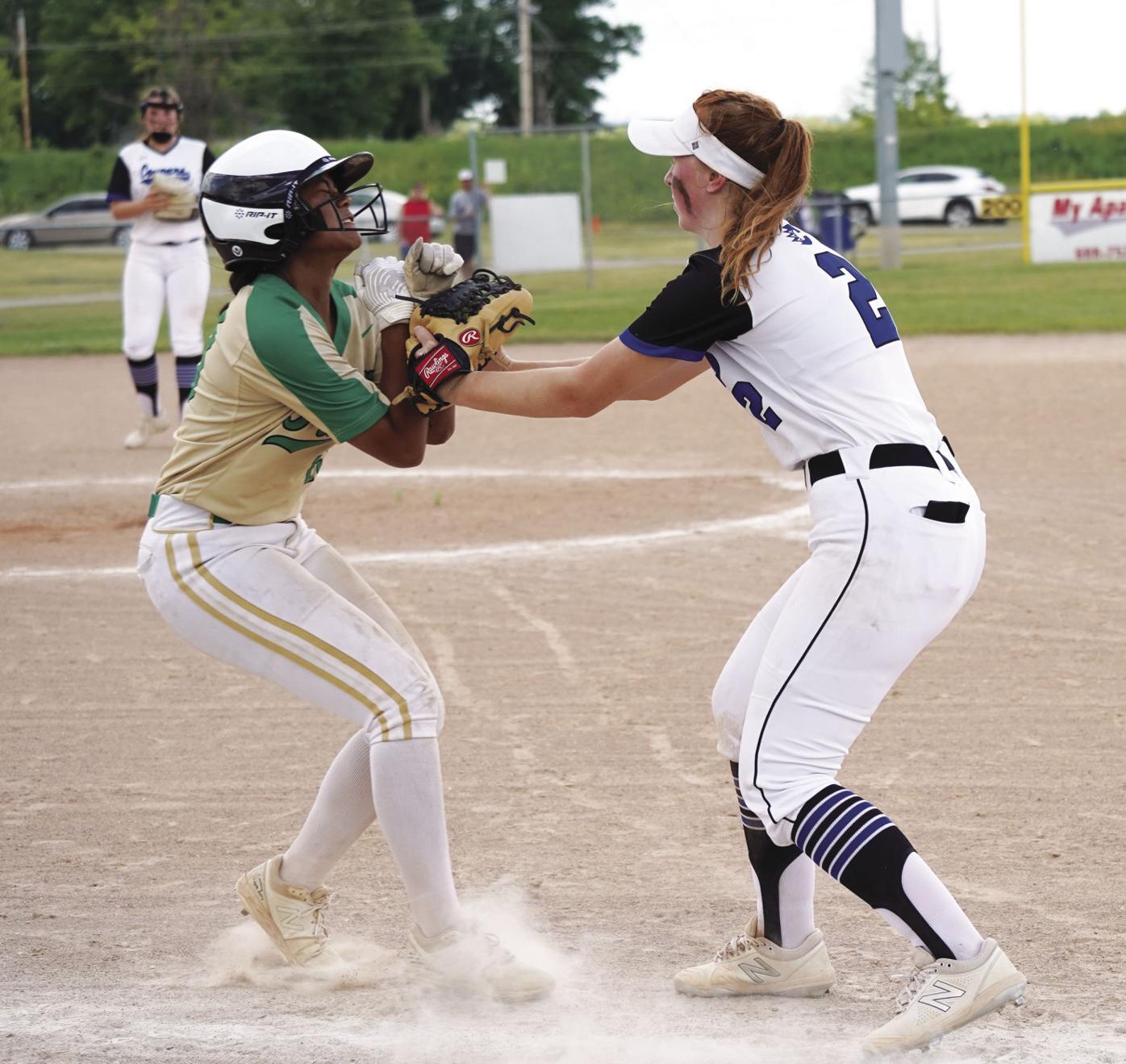 Janesville Craig batter Josie Rammer (12) touches home plate as her teammates line up to congratulate her after she hit a home run against Janesville Parker in a Big Eight Conference softball game Tuesday at the Youth Sports Complex.

After the dust settled, Janesville Craig shortstop Abby Humphrey displayed the liner she caught against Janesville Parker at the Youth Sports Complex on Tuesday afternoon.

Not even a triple play could derail Janesville Parker’s softball team in its Big Eight Conference game with crosstown rival Janesville Craig on Tuesday.

Alli Rosga’s clutch two-run single in the third inning proved to be the difference in the Vikings’ 3-2 win at the Youth Sports Complex.

Parker (13-8, 10-8) pitchers Nariyah Lot and Hannah Bolly combined on a four-hitter as the Vikings were able to split the season series with the Cougars.

Both teams ran themselves out of potential big innings by hitting into a triple play. Craig achieved the rare feat in the top of the third inning, while Parker pulled it off in the fifth.

“But what I was most proud of in the win is that our seniors made the difference by coming up with some clutch at-bats when we needed it.”

With the game tied 1-1 in third, Rosga stroked a single to right that scored Grace Williams and Lydia Quade to make it 3-1. After Kailey Dobbs was hit by a pitch to put runners at first and second, Bolly lined a shot to second that was caught by Bella Vitaioli, who threw to first to double off Dobbs. Rosga tried to advance to third on the play and was thrown out to complete the triple play.

Craig got within a run in the fourth on Josie Rammer’s long home run and threatened to take the lead in the fifth before disaster struck the Cougars. A hit-by-pitch, an infield single and a walk loaded the bases. Presley Stanley then lifted a fly ball to center that was caught by Alyssa Ayers, who fired home to get Abby Wobig out at the plate. Wobig also left early and was forced to come back and touch the bag before tagging up. Abby Humphrey was then thrown out at second for leaving early on the fly ball.

“I told the team afterward that everything matters,” Craig coach Kristin Worm said. “Base running matters. Tagging up correctly matters.

“You just can’t underestimate the importance of base running, and we did that today and it cost us.”

Bolly retired six of the last seven batters she faced to earn the save.

Parker beat up on Madison La Follette in its second game Tuesday.

The Vikings banged out 16 hits, including a two-run homer from Alexys Luek in rolling to a 14-0 win. The game was called in the fifth with Parker ahead by 10 or more runs.