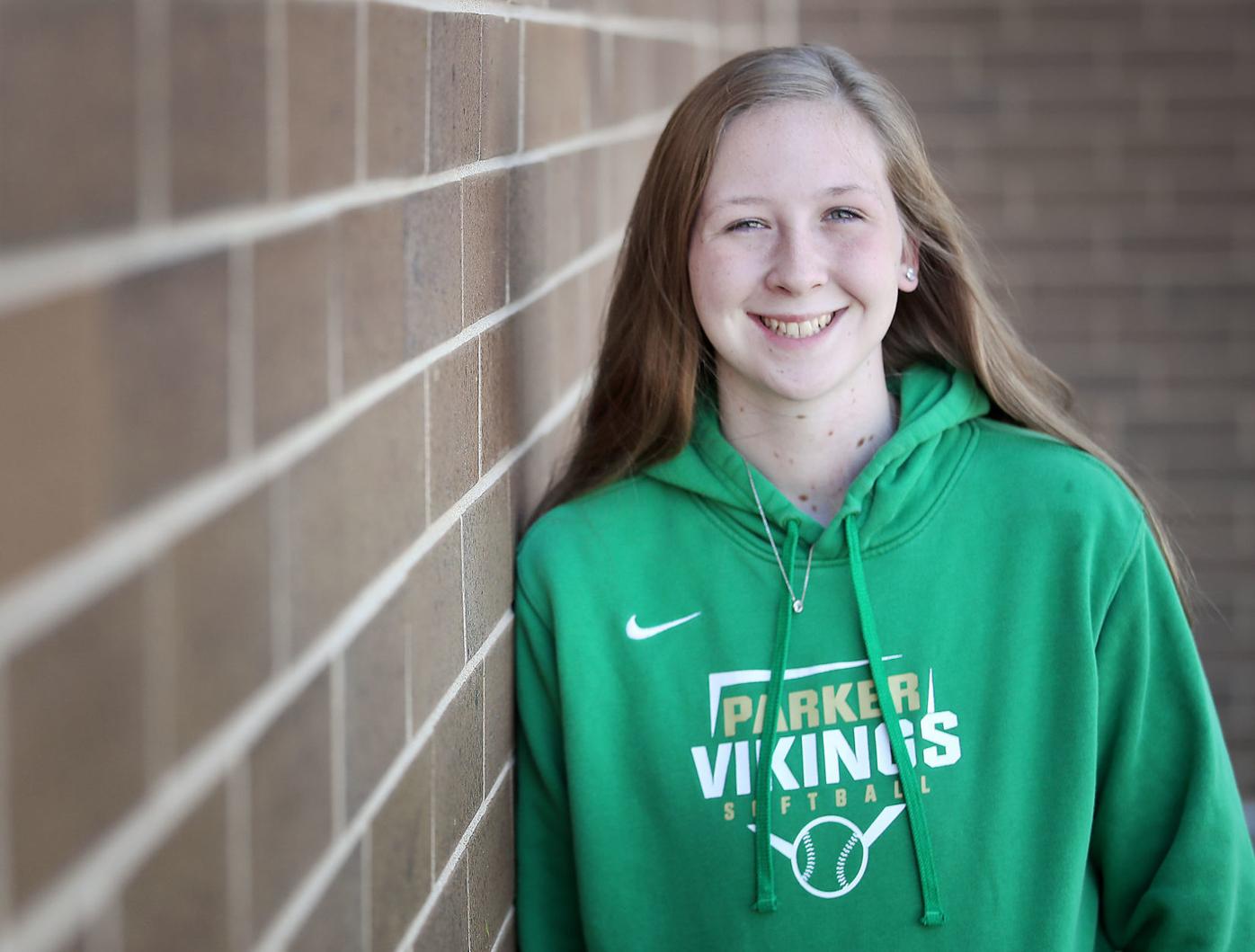 Janesville Parker senior Taylor Barfield worked her way back from knee surgery last season to be named an honorable mention all-conference softball player. One of Parker’s valedictorians in the Class of 2020, she was going to be a senior leader for a Vikings team that has been on the rise. 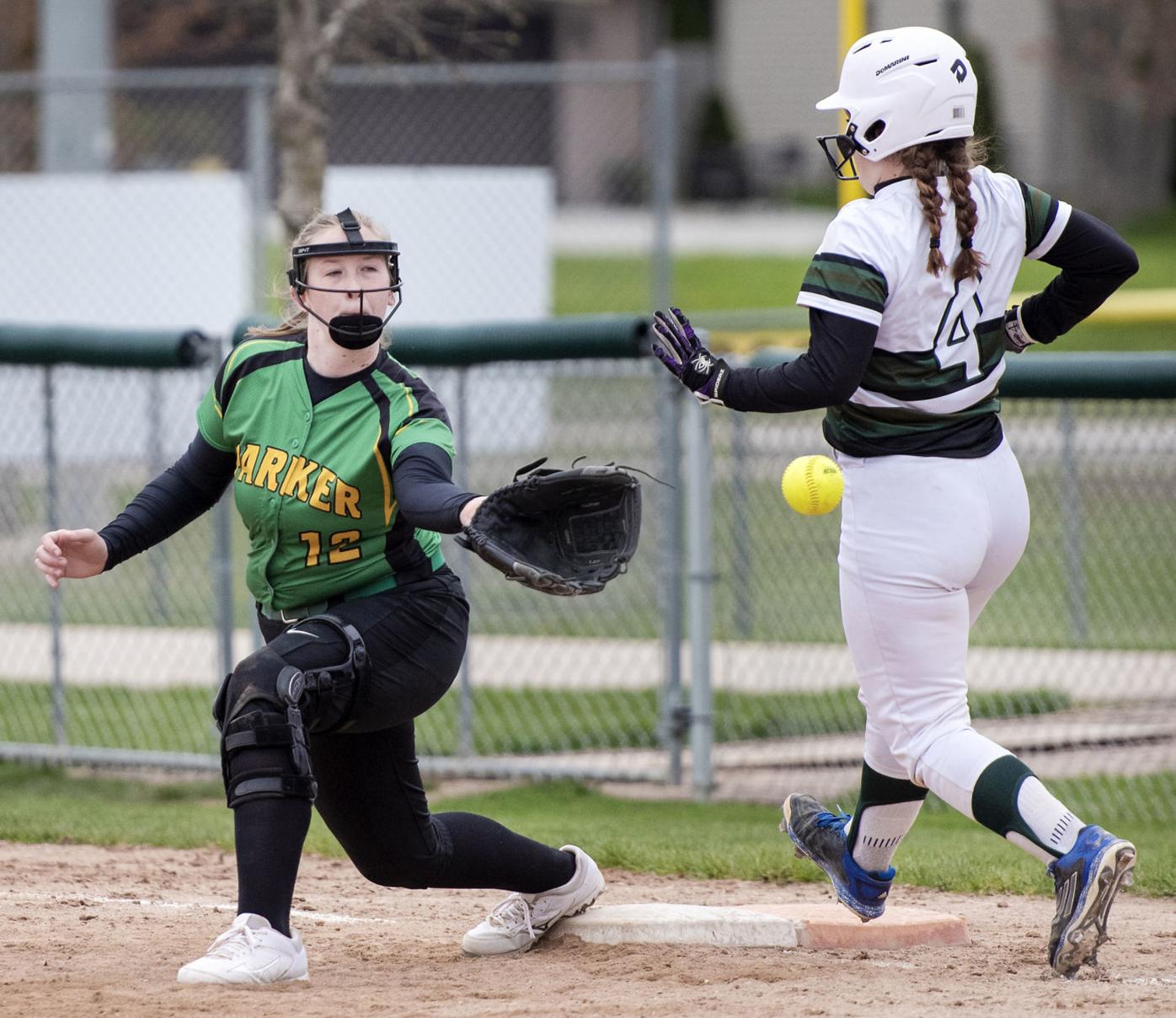 Parker’s Taylor Barfield (12), left, reaches for the ball as Waterford’s Haley Cole (4), right, arrives safely at first base Saturday, May 11, 2019, at the Janesville Youth Sports Complex. 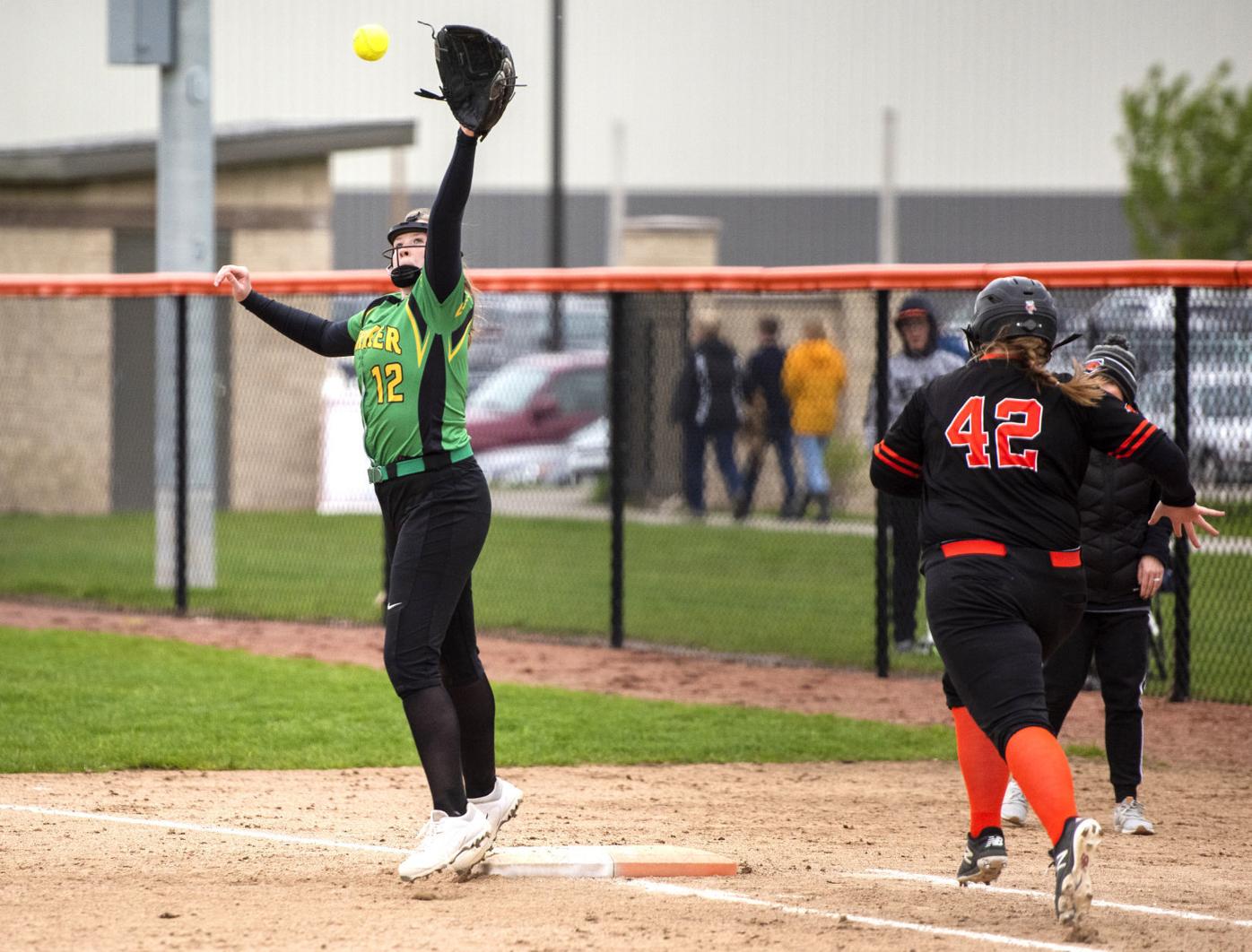 Janesville Parker senior Taylor Barfield worked her way back from knee surgery last season to be named an honorable mention all-conference softball player. One of Parker’s valedictorians in the Class of 2020, she was going to be a senior leader for a Vikings team that has been on the rise.

Parker’s Taylor Barfield (12), left, reaches for the ball as Waterford’s Haley Cole (4), right, arrives safely at first base Saturday, May 11, 2019, at the Janesville Youth Sports Complex.

Put a goal in front of Taylor Barfield and it is a safe bet she will achieve it.

When she wrapped up her freshman year at Janesville Parker, she realized she still had her perfect grade point average intact. She set out never to lose it, and she will be one of eight Parker valedictorians.

In October 2018, she underwent surgery on her knee and was told she might not be physically ready to play softball when the 2019 season began. But she was ready, and she had shed her brace by the time the season was over.

The coronavirus pandemic has canceled Barfield’s final season on the diamond, but she will graduate knowing she had already proven plenty on and off the field.

“Taylor is a very hard worker during the offseason in the weight room and during the season on the practice field,” Parker softball coach Bob Getka said. “She gets every drop of talent out her body, and that also carries over to the academic side.”

Barfield said she first suffered a dislocated kneecap during her freshman year. After suffering similar injuries twice more, it was decided she needed surgery to prevent future injuries.

“The surgery was in October, and the season starts in March,” Barfield said. “That’s less than the anticipated comeback time.”

Yet there she was for the opener March 28, batting eighth and playing first base. Barfield went 2-for-3 with an RBI in a 4-1 victory over crosstown rival Janesville Craig.

“It took a lot of time. Five months is basically almost my entire junior year,” Barfield said. “So it was nice to see the hard work pay off for opening day and to be there to help beat Craig.”

“From having an operation to working super hard to get back and then continuing to work so she could take that brace off, and then she makes all-conference, so that was pretty amazing,” Getka said. “She was really looking forward to her senior year, keeping that going and being a captain.”

The team finished with a .500 record but counted on several sophomores in the lineup. So this year’s team would have had raised expectations.

“There definitely was a lot of excitement,” Barfield said. “We started lifting together pretty early, like October and November. And we had a trip planned to go to Florida in March, so we had been doing open gyms.”

Indeed, the Vikings were set to play in a tournament at Walt Disney World over spring break. Getka said the team raised more than $20,000 to fund the trip.

“They told us (the trip was off due to coronavirus) about a week before we were supposed to go,” Barfield said. “So it was upsetting. But it’s nice the program still gets to use the money next year. And hopefully we started momentum for the team to raise money for future years.”

She will attend the University of Wisconsin in Madison, where she plans to study genetics and genomics after graduating as a valedictorian.

“At the end of freshman year, I still had all As, so I kind of realized I could do it (be valedictorian),” Barfield said. “I learned pretty quick that if I did what I needed to do, I could make it all happen.”

On the field or off, that mentality helped Barfield achieve her highest goals.