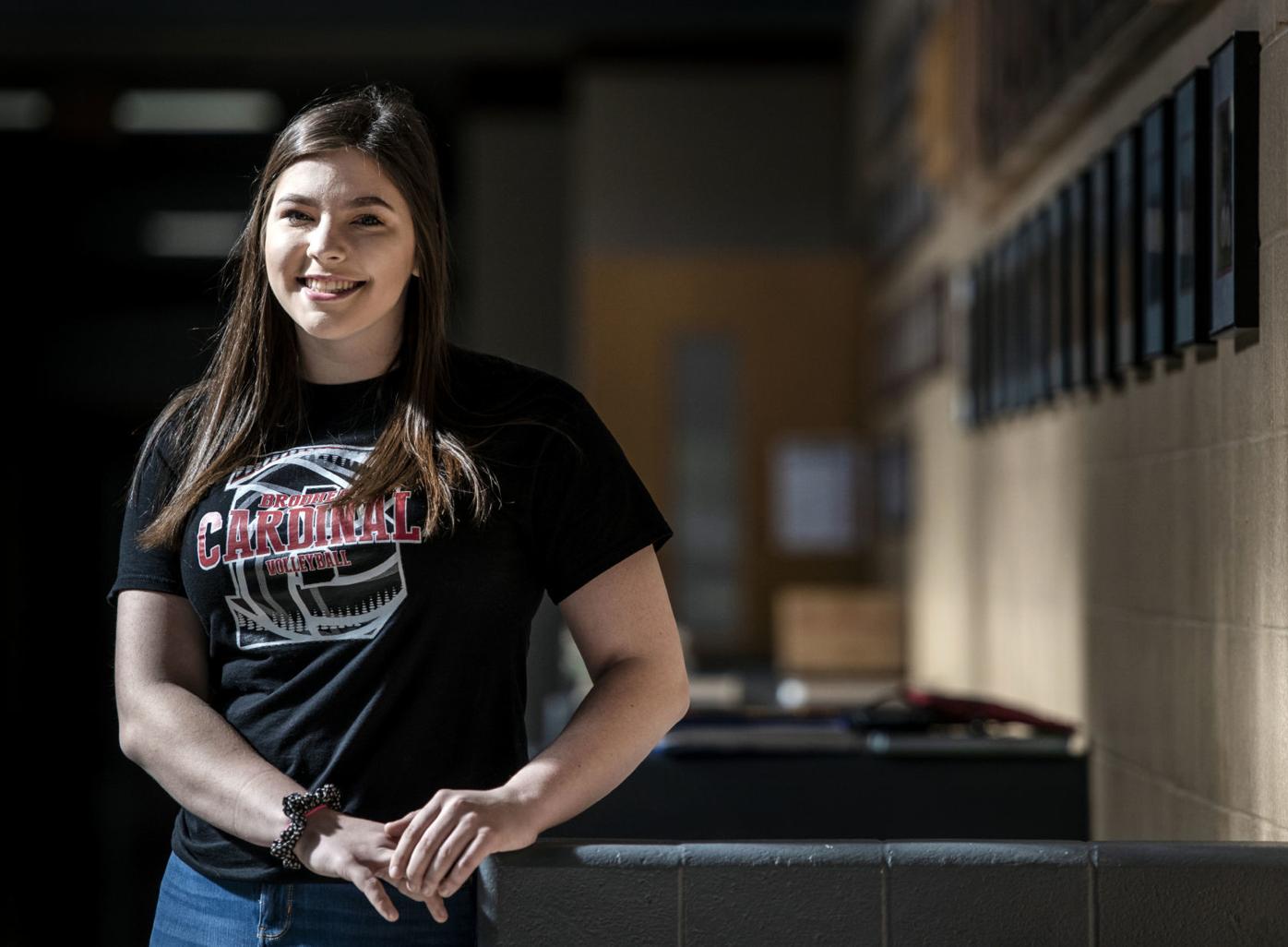 Katie Goecks was a standout in volleyball and softball and ranked among the top 10 students in the Cardinals’ Class of 2020. 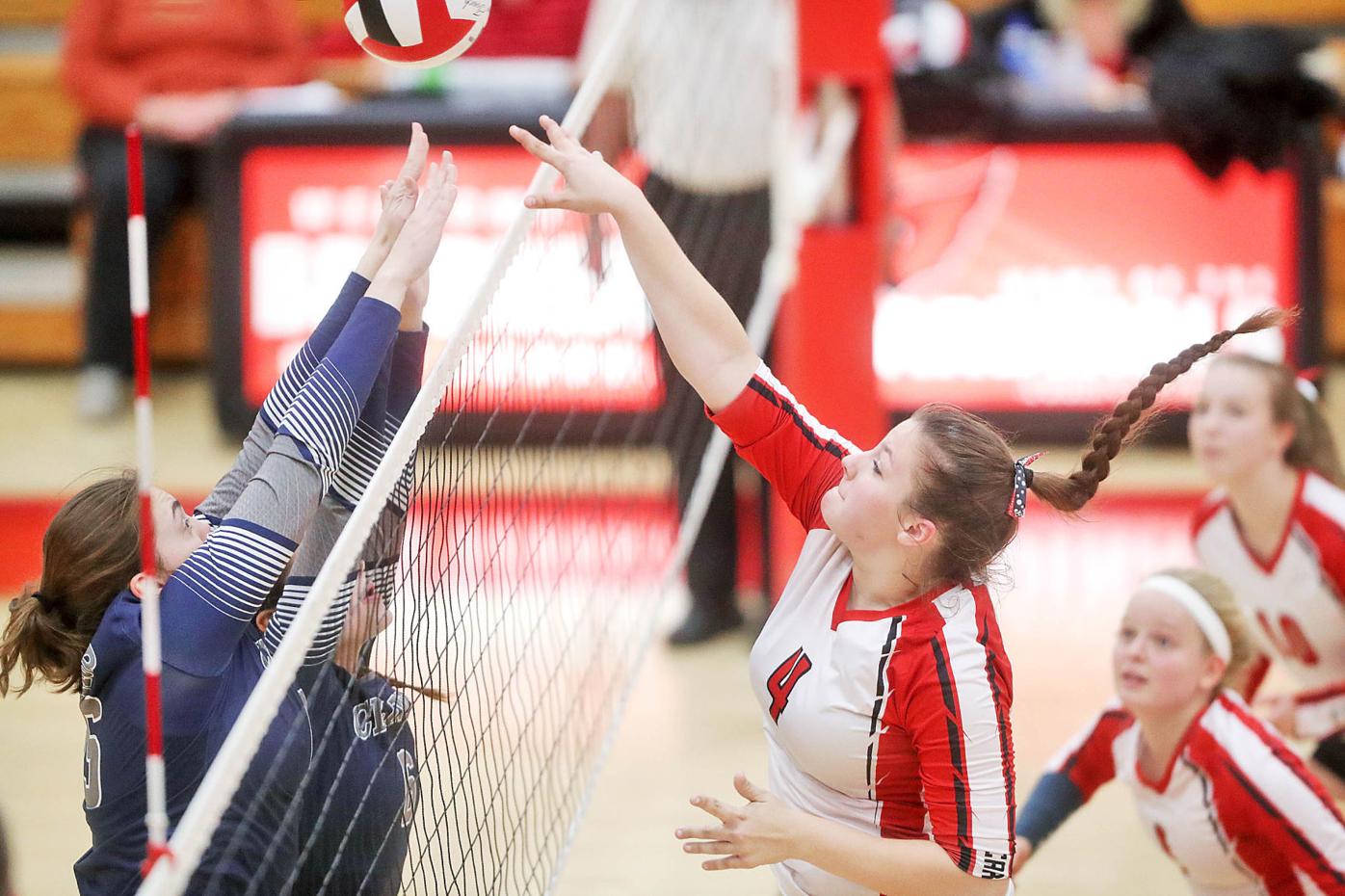 Brodhead's Katie Goecks tips the ball over the net and away from two Clinton blockers during their WIAA Division 3 regional quarterfinal volleyball match in Brodhead on Tuesday, Oct. 16. 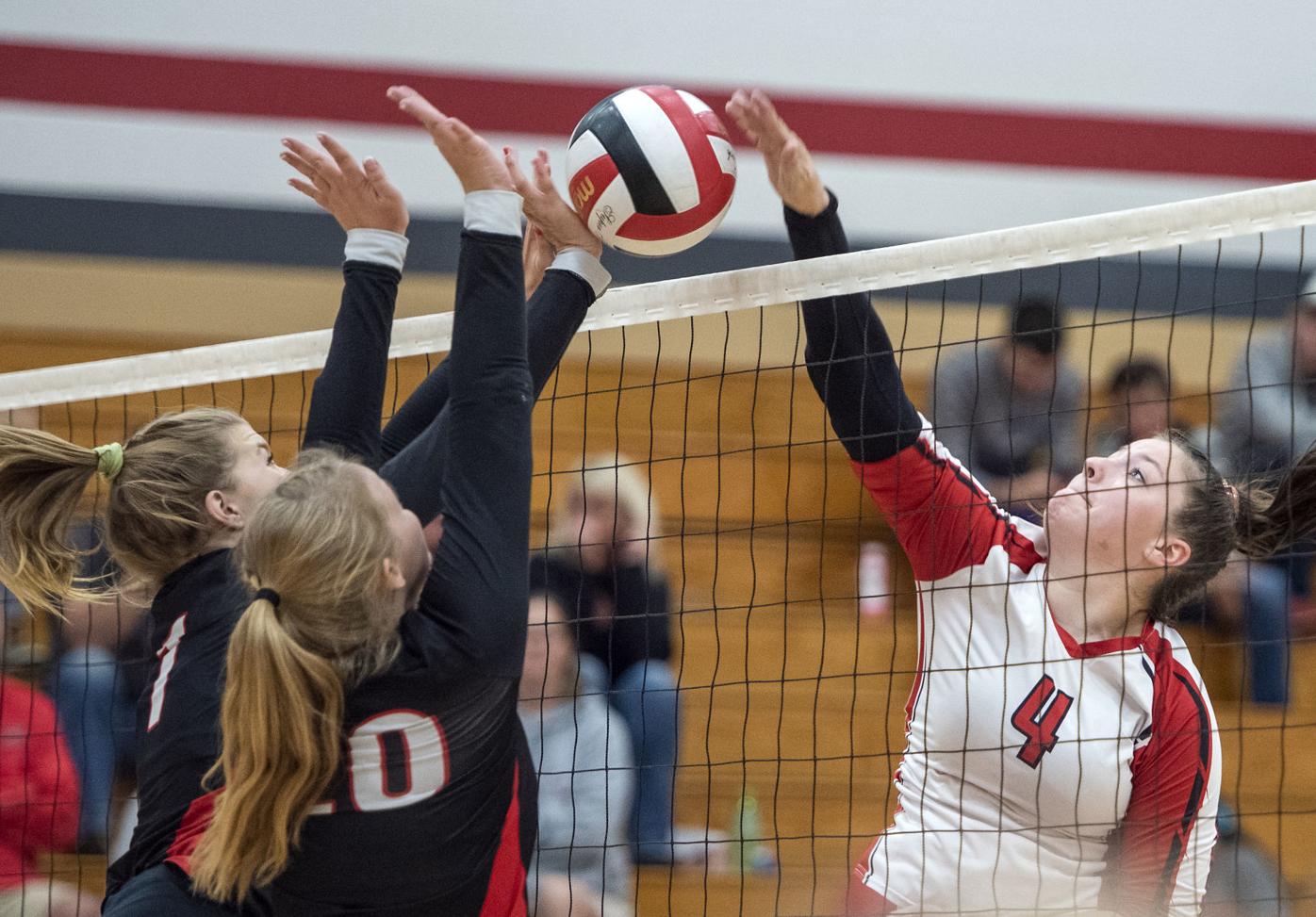 Katie Goecks was a standout in volleyball and softball and ranked among the top 10 students in the Cardinals’ Class of 2020.

Brodhead's Katie Goecks tips the ball over the net and away from two Clinton blockers during their WIAA Division 3 regional quarterfinal volleyball match in Brodhead on Tuesday, Oct. 16.

Katie Goecks has always had her priorities in order.

The two-sport Brodhead standout worked hard on her volleyball and softball skills, but she was well aware early on her high school career that the books came first.

“Even when I was a freshman, I knew that my studies were going to be more important,” Goecks said. “I’m not going to become a professional athlete, but I know that I’m going to have a professional career. So even on the way to games, on the bus I’d be there with my book light studying.”

The studying paid off for Goecks, as she’s set to finish her academic career at Brodhead in the top 10 of her class.

In a pandemic-free world, Goecks would be with her teammates on the softball field today. Goecks was a second-team all-Rock Valley Conference selection last season, and she was looking forward to another terrific season with an infusion of young talent.

“The softball team really put a lot of work in the offseason,” Goecks said. “We had a new coaching staff for this season, and the program completely changed for the better. There are now way more opportunities for kids to work on their skills in the offseason instead of just in the spring. They can go and hit a bucket of balls and build confidence that they are ready to compete when the season starts.”

While Goecks is missing her time on the diamond, she said it is an academic event that she misses the most.

“We had our top 10 banquet canceled,” Goecks said. “That’s where the top 10 students from each school in the Rock Valley get together and are honored, get a plaque and get to share their stories. It was a way to honor people who had really worked their butts off in the classroom, so I’m really bummed out that got canceled.

“The only thing I’m holding out hope for right now is having a graduation. That’s tentatively scheduled for the 24th, but we don’t know when it will actually happen.”

Goecks’ star shined brightest on the volleyball court, where she was a first-team all-conference selection.

“It was a great senior year,” Goecks said. “Winning the regional was amazing. And we finished third in conference, with one of the two teams above us finishing second in state, and the other one was the defending state champion. I’ll take that.”

Goecks will attend Edgewood College next year as a nursing student but made the difficult decision to forgo playing volleyball.

“At the moment, I’m dealing with a torn quad and I just had knee surgery,” Goecks said. “So it’s probably the best decision for my body. I’m definitely going to miss it, but at the end of the day I wasn’t going to sacrifice my education for volleyball. Nursing is a hard field to go into, and I had to make that tough choice.”

Goecks is getting an early start to her career in the medical profession by working at a nursing home in Janesville. With conditions the way they are, it is certainly not the easiest time to begin her vocation.

“The residents are taking this hard,” Goecks said. “They are confined to their rooms, unless there is a safety issue or they are playing hallway bingo, where they sit in the doorway. They can’t have any visitors, so it’s difficult right now for a lot of them.

“I just go in and do whatever I can to help take care of them every day, because I know it’s not easy.”

When it came to her athletic career or her time in the classroom, Goecks was never one to take the easy way out.