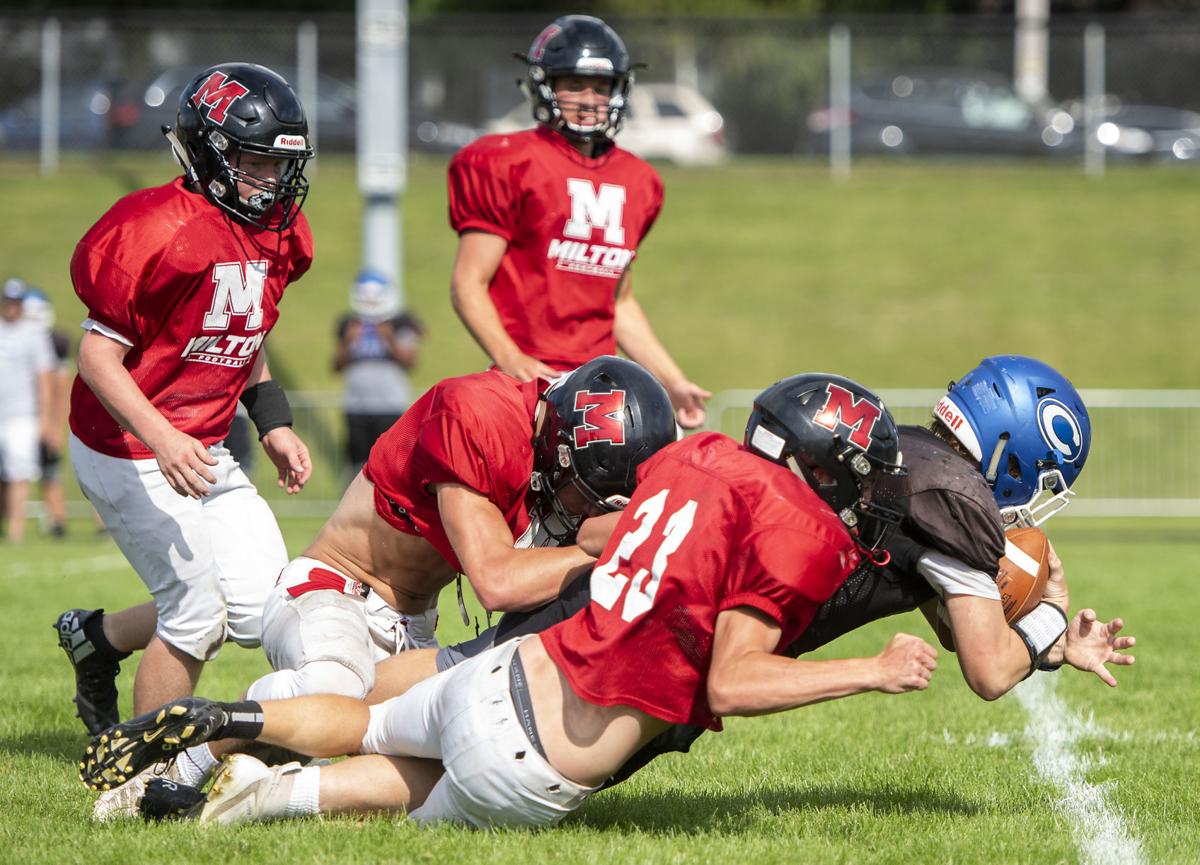 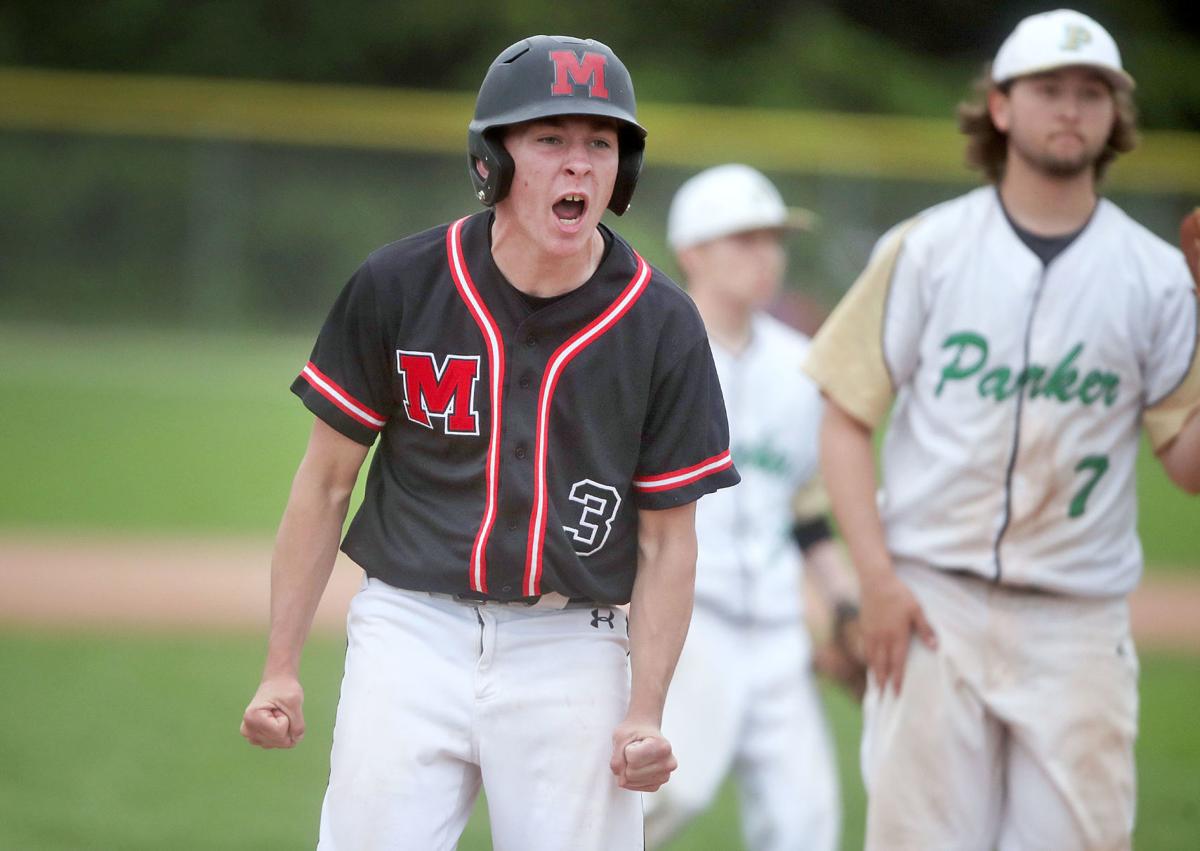 Still doesn’t feel quite right, does it?

It’s all going to take some getting used to, which to me makes the massive statewide conference realignment in football only the top high school sports storyline as we settle in to the new calendar year.

Craig and Parker, forever members of the Big Eight Conference, are headed to the Badger Large, along with Waunakee, Watertown, Milton, Beaver Dam, DeForest and Oregon.

The realignment plan completed by the Wisconsin Football Coaches Association and WIAA accomplished the missions of providing uniformity of the number of schools in conferences and the number of conference games played.

And the WFCA did its best to minimize the number of schools and conferences around the state that were directly affected by change.

But with all that said, with just how different the landscape looks right in our back yard, it might be handy for someone to make a chart that details what schools are part of which new conferences.

The Southern Lakes remains unchanged, so at least there’s that.

And the Rock Valley still exists, though it retains McFarland, Jefferson, East Troy, Whitewater, Evansville and Edgerton and brings in Monroe and Madison Edgewood.

Gone are Clinton (to Capitol 1) and Big Foot and Turner (to Capitol 2) and Brodhead/Juda (to Southwest). And Parkview/Albany remains on its own island, as well, in the SWAL.

Selfishly, that’s a lot more leagues to try and keep track of when thinking about the 14 core high schools within The Gazette’s circulation area.

Beyond that, some work will need to be done to keep longtime rivalries intact. Some of them will undoubtedly die. Perhaps some new ones begin to form.

Among other questions as we get closer and closer to the realignment reality ...

How will Craig and Parker fare in the Badger? They are technically the two largest schools in terms of enrollment, but many of these programs are well-established. Waunakee, for instance, has been to state six times since 2009. And DeForest just went undefeated on the way to winning a Division 3 state title. Simply being the biggest schools isn’t going to mean any sort of guaranteed success for the Vikings or Cougars, who are each coming off one-win seasons.

And also, are we headed toward these new football conferences being adopted as the conferences for all sports? As weird as it feels to see Parker and Craig outside the Big Eight, it feels equally odd to have different conferences, different road trips and different rivals for different sports. Guess we’ll have to wait and see.

As we ponder that, here are four other storylines rattling around in my brain for 2020:

It was so much fun to have an area team at the Kohl Center in 2019, as Elkhorn’s boys basketball team qualified for the state tournament.

But the Elks’ road there was a good reminder at just how hard it is. They won three close games away from home just to get to state and have a chance to play against powerhouse Nicolet.

It doesn’t seem likely at this stage that an area team will be favored to make it through the bracket, but if you’re looking for a Cinderella team to get hot at the right time, a Turner or Edgerton or Evansville team maybe could do it.

Same sentiment on the girls side in terms of the road to the Resch Center. We haven’t had an area team there since Whitewater won the D3 title in 2015, and none of the teams in our direct readership area will be favored to make it this year.

But you just never know.

Speaking of dates to save, you can circle April 16 and 18, but I’d probably do it in pencil.

Those are the days Parker and Craig are scheduled to meet in Big Eight baseball games.

I wonder if Thursday would have been a nicer day to play baseball than it will be April 16? And that’s why I say circle them in pencil, because there might be needs for makeups.

Whatever the dates, Parker-Craig baseball games have become must-see events.

Craig won both meetings last year, only to lose to Parker, 1-0, in a regional final stunner. Then, it was Milton that beat Parker to get to a sectional final.

Could any of those teams make noise again this year on the way toward state?

The shortage of referees and umpires will continue to be a huge storyline in 2020—and beyond.

It was most recently brought back up in a potential bill that would make harassing a sports official a misdemeanor offense.

Mind you, there’s nothing close to official in that department, yet. If the threat of jail time or a hefty fine keeps just one fan from going berzerk on a sports official, maybe it’d all be worth it. But I do wonder if the number of times charges would actually come about is worth the time and effort it would take to make this bill a reality.

Regardless, any and all measures to keep officials in the game or persuade potential new officials to give reffing a shot must be taken at this point.

Harkening back to my lookback at 2019 two weeks ago, many of the best storylines of 2020 are the ones not even on the radar at this point.

I didn’t know who Sylvia Johansen was at this time last year, and now the Clinton sprinter is a state-record holder in the Division 2 100-meter dash and a three-time state medalist.