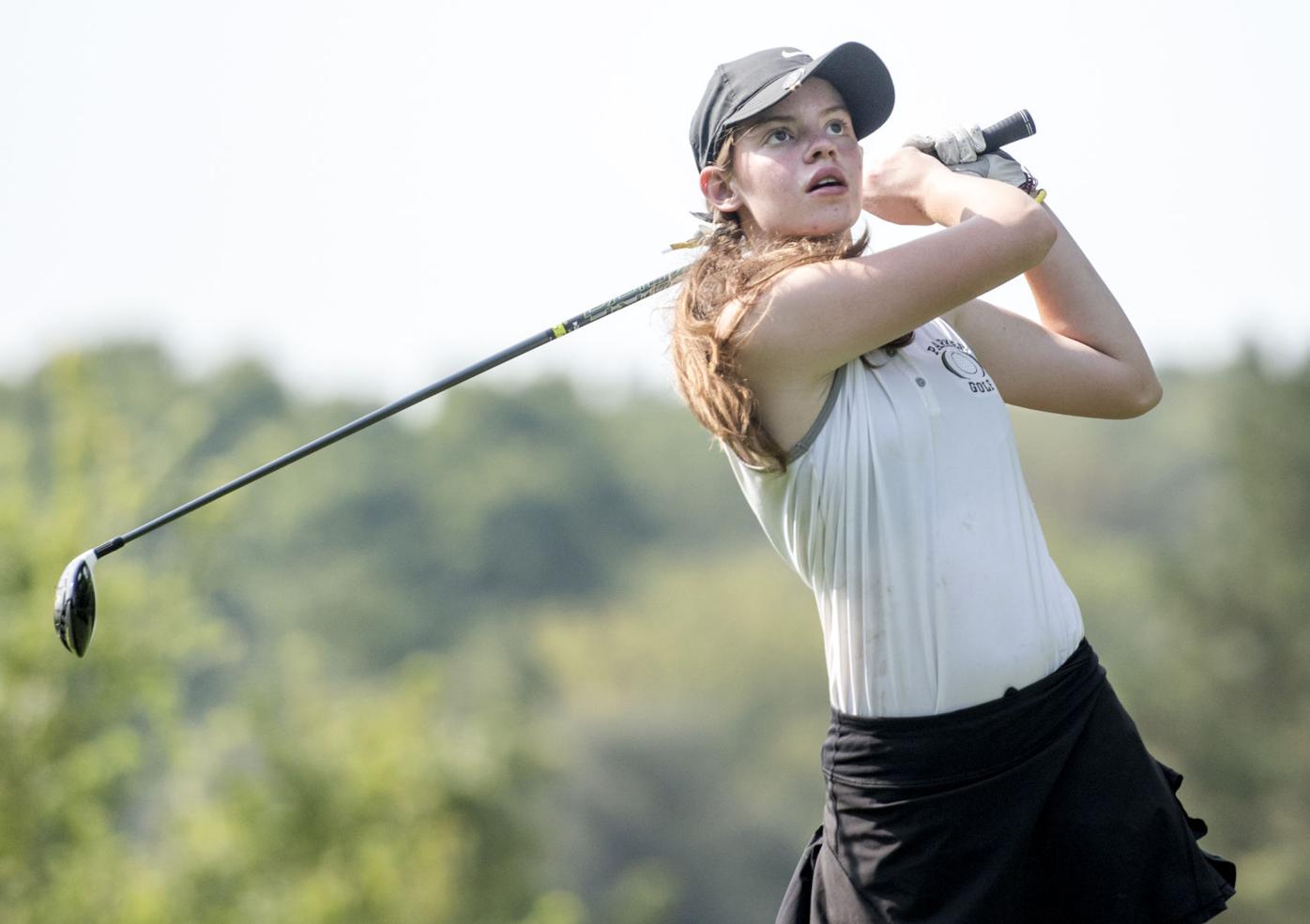 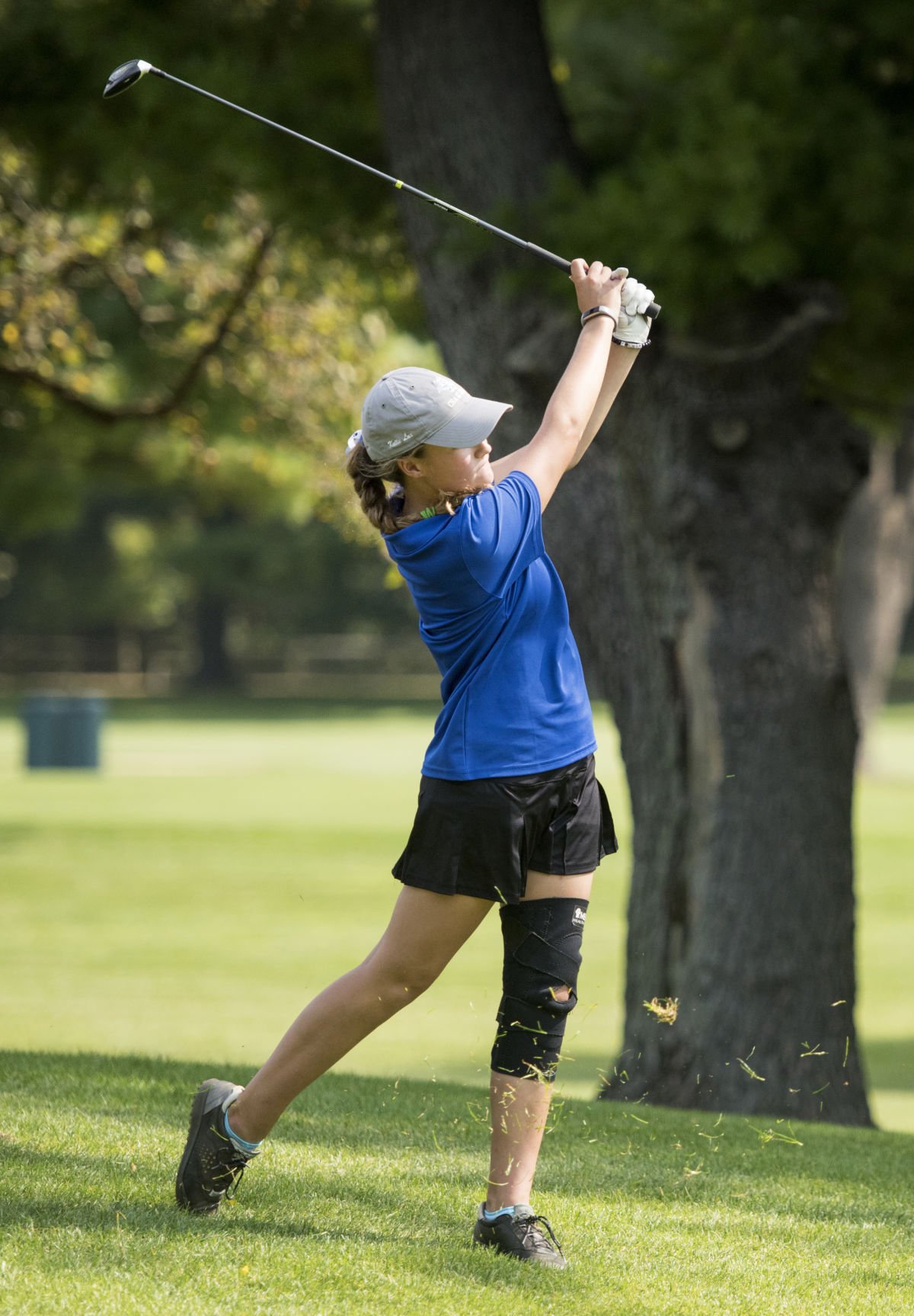 Craig’s Kallie Lux picks up grass as she watches the ball fly toward the hole during Saturday’s tournament at Riverside Golf Course. 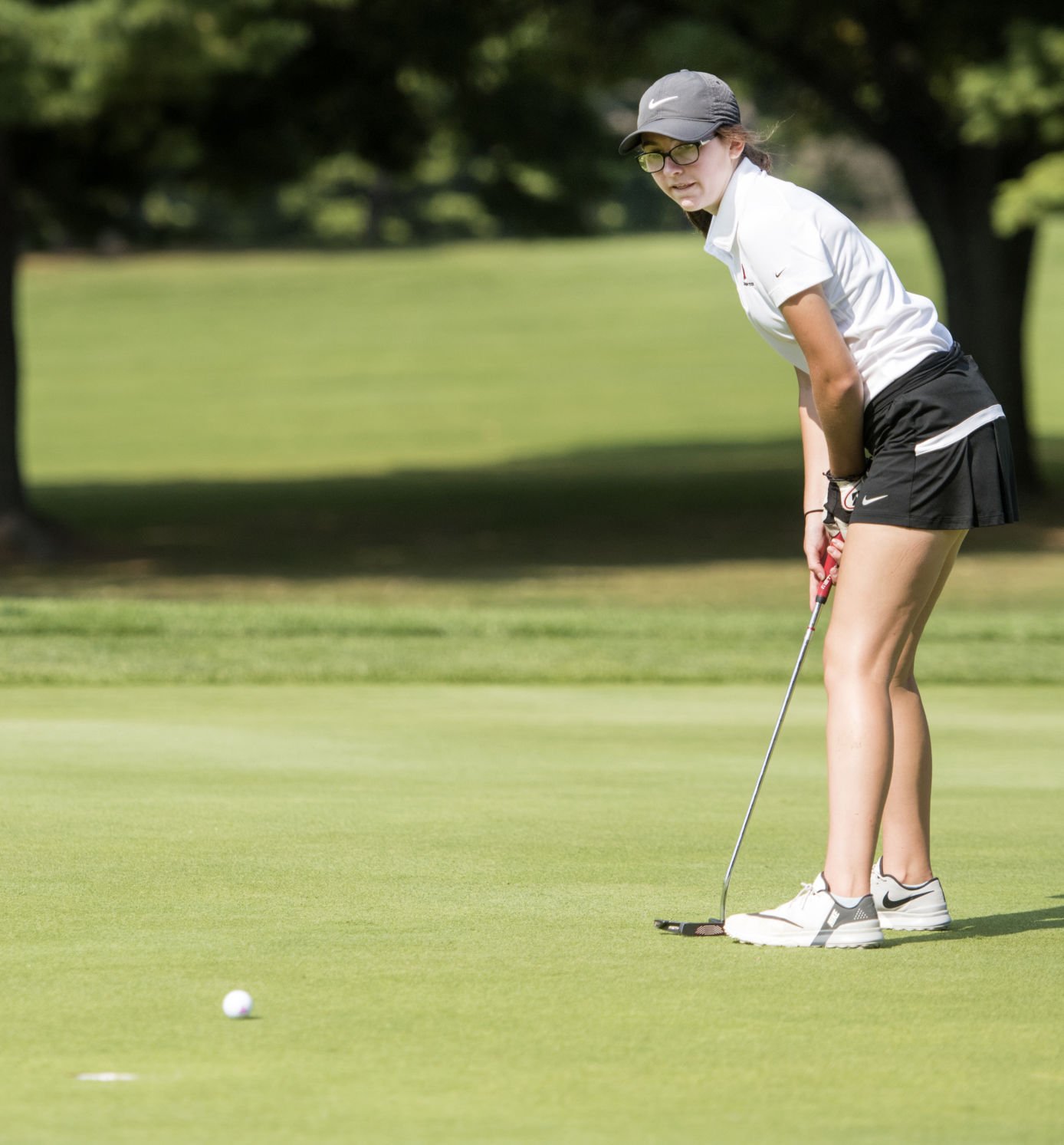 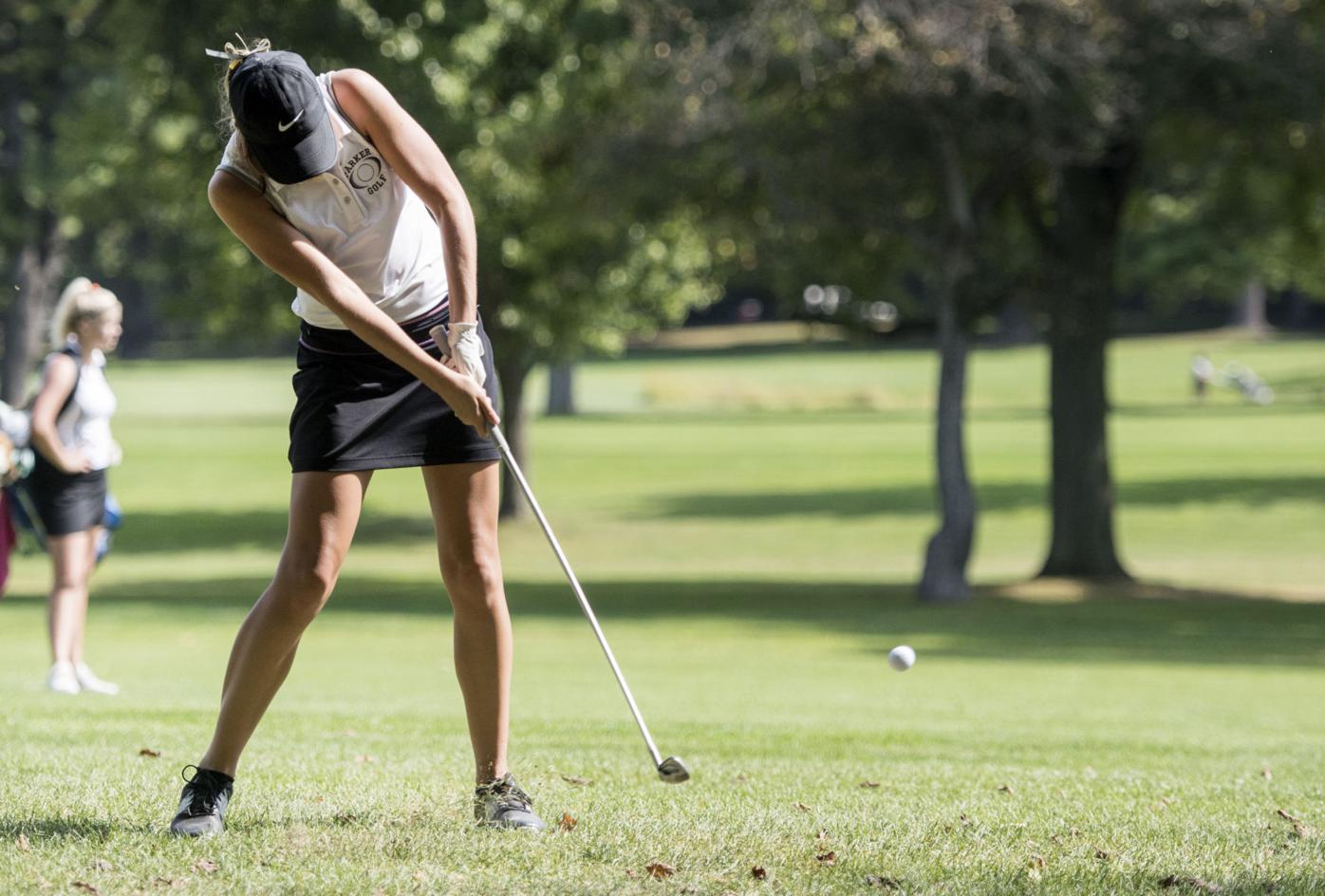 Craig’s Kallie Lux picks up grass as she watches the ball fly toward the hole during Saturday’s tournament at Riverside Golf Course.

The beat goes on for the Milton High girls golf team.

Mia Seeman and Taylor Hakala each shot 3-over par 74s to lead Milton to the team title with 322 score. Kettle Moraine, thanks to medalist Abby Cavaiani, was second at 325 and Big Eight powerhouse Middleton third with 335.

Janesville Craig had 391 and host Parker finished with 402.

Seeman, the defending tournament champion, said the Red Hawks are trying not to live in the moment.

“Right now we’re focused on the future,” Seeman said. “It’s always nice to win, but it’s not going to matter what we did today or earlier in the season once we get into tournament play.

“We just have to keep improving as a team, and for me, I have to stay mentally strong. I can’t let a bad shot or a bad hole bother me.”

Cavaiani had no trouble taming the Riverside course. The senior had four birdies and three bogeys in her round and drove two of the par 4 holes.

“I stayed out of trouble and didn’t have to punch out at all,” Cavaiani said. “I came in with the expectation of shooting somewhere around par, but I didn’t put a certain score out there that I wanted to shoot because I didn’t want to psyche myself out.

“I thought the course played a little tougher today than it has in the past, but there were still some holes where you could go after the pin.”

Craig, behind an 86 from Kallie Lux, broke the 400 mark. Head coach Alex Schaar is pleased with his team’s progress this season with the Big Eight Conference Tournament looming Tuesday.

“We had a pretty good day today,” Schaar said. Morgan (Christoph) had a good week for us and has stepped it up. And we beat Parker, which is always a good sign for us.”

Parker was led by Sophia Dooman’s round of 80.

Craig and Parker compete at the Big Eight Tournament on Tuesday at Evansville.