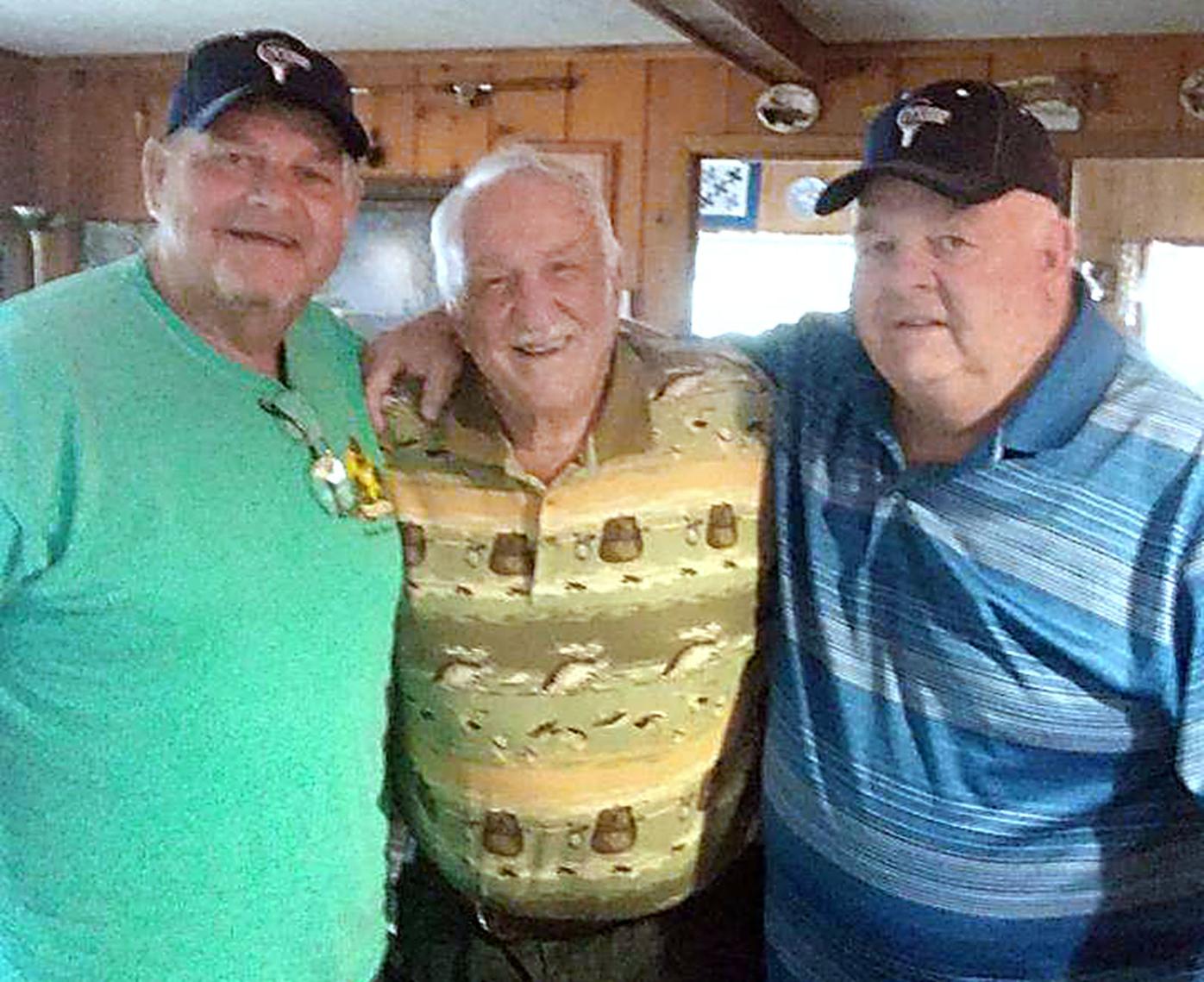 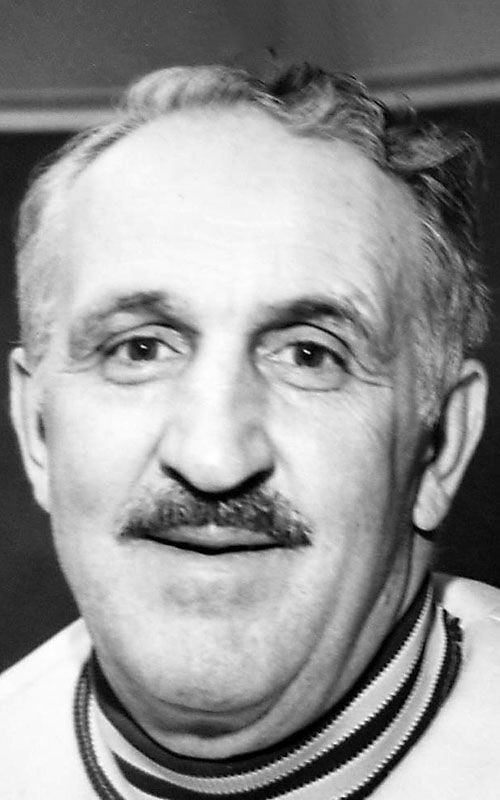 Don Barnabo had a “million-dollar smile” and the ability to inspire high school students as well as fellow teachers and coaches in ways that last 50 years later.

The first football coach in Janesville Parker High history, the originator of Parker’s “You Gotta Wanna” slogan, and one of the powers behind getting a high school playoff system in Wisconsin, died Tuesday in Manitowish Waters. He was 87. Funeral arrangements are pending.

His influence still resonates among his former athletes and teaching brethren in Janesville.

“’Barney’ was like a father figure to me,” said Kent Burdick, one of Parker’s best athletes who was drafted in the second round of the 1969 draft by the Cincinnati Reds and was member of the first Vikings football team. “And he was one of the best human beings I ever met in my life.”

Barnabo was born in Hurley and the Northwoods never left his system. He married his high school sweetheart, Arloa, in 1957. The next year after earning a degree at UW-Superior, Barnabo took a teaching job at Oconto Falls.

In 1959, Beloit Catholic hired him as a physical education instructor and coach. He coached basketball, baseball, track and field and softball. He later became the athletic director.

When Janesville High School split into Parker and Craig in 1967, Parker High came calling. He stayed at Janesville’s Westside school until 1981.

“He brought a lot of spirit to the school,” Burdick said Barnabo’s influence. “The entire school loved Barnabo.”

Burdick earned Associated Press All-State honors in that inaugural season when the Vikings went 6-3—unheard of success for Janesville football at the time. Barnabo was named Big Eight Conference coach of the year.

Barnabo brought with him an inspirational slogan that was repeated throughout Parker’s early years—especially during the 1971 WIAA state title run by the Vikings boys basketball team.

Ed Quaerna and Burdick were teammates during those first two football seasons at Parker. Quaerna went on to play football at Northwestern. He later taught and coached alongside of Barnabo.

“I respected him immensely,” Quaerna said. “You’d always get a straight answer from him. He’d always put the team and the players first. It was never about him or his ego.

“You’d come off the field, and you’d know if you did a good job or you needed to do a better job.”

It was apparent to anyone around Barnabo if he was pleased with their performance.

“He had that special smile—a million-dollar smile,” said Tom Scalissi, who played for Barnabo from 1970-72 and credits the coach for getting him a football scholarship at Northern Iowa. “We always knew he cared about us.”

But players also knew not to cross the coaching triumvirate of Barnabo and assistants Ron Cramer and Dick Lambrecht.

Barnabo’s main focus was the offense. Cramer coached the defense. Lambrecht was the line coach.

“With those guys on the sidelines, you really didn’t want to make too many mistakes,” Scallissi said. “You didn’t want to go to any of them looking for sympathy.”

Scalissi recalled a game his senior season at Madison La Follette. Both teams were 4-0 and the stands were packed. Scalissi and Bill Hassinger both were back to field punts.

The Lancers punter boomed the first two punts. Both times Hassinger and Scalissi played, “I got it, no, you got it” with the punt hitting the ground and bouncing deep inside Parker territory.

“‘Hass’ and I were playing both ways, as were a lot of guys,” Scalissi said. “We looked at each other, and we saw Barney and Lambrecht and Cramer over there with their hands on their hips waiting to get at us.

Cramer was one of Barnabo’s first hires. He was a fellow UW-Superior graduate and a first-year physical education instructor at Franklin Junior High in 1967.

“He let you do what you wanted,” Cramer said. “As long as you were prepared for the next opponent. We’d spend Sundays together. It worked out good.”

Joe Dye was another young coach who experienced “Sundays at the Barnabos.”

Joe, a Beloit Turner High graduate, moved back to the area with his wife, Janis, in 1980, after teaching and coaching in Menasha for five years.

Back then, game films from Friday night games were transported to the University of Wisconsin, developed, and sent back to Janesville via Greyhound bus late Saturdays.

On Sunday mornings at the Barnabo residence on Myra Avenue, Don and a young Joe Dye would dissect the film coming from a 16-mm projector onto the bedroom wall.

“Arloa would serve us a Finnish breakfast, and we would sit there for 2½ to three hours watching film,” Dye said. “Don took me under his wing and showed me how to analyze film; how to break things down. He and (Beloit Memorial High coach) John Heineke were phenomenal guys like that.”

Dye was not first assistant coach to benefit from Arloa Barnabo’s cooking.

“Arloa would bring lasagna to the football banquets,” Cramer said. “I’d always hide it. She would always look for her empty dish at the end of the night and couldn’t find it. It would always show up a few days later.

“Hands down, it was the best food at the potluck.”

Barnabo coached until 1982 when his son, Tom, graduated. He finished with a 59-74-2 record, including 37-63-1 in the Big Eight. He was a charter member of the Wisconsin Football Association Coaches Hall of Fame. Barnabo was on the WFCA committee that helped start the WIAA playoffs.

After his retirement, Don and Arloa retired back to their roots to their cabin on Manitowish Waters. Former Sun Prairie High football coach and longtime friend Mike Hahn lives just down the channel. Dye said Hahn would call Barnabo at 4 p.m. every day.

And a stream of Janesville acquaintances made annual visits. Scalissi didn’t go last summer because of the pandemic, but he talked to Barnabo two months ago. Dye talked to him just a week ago. Cramer, Dye and his longtime assistant John Koebler and others spent many hours fishing on Barnabo’s pontoon.

No one got tired of being with Don Barnabo.

“Good people make you better,” Dye said. “And Barney did that to a lot of people.”