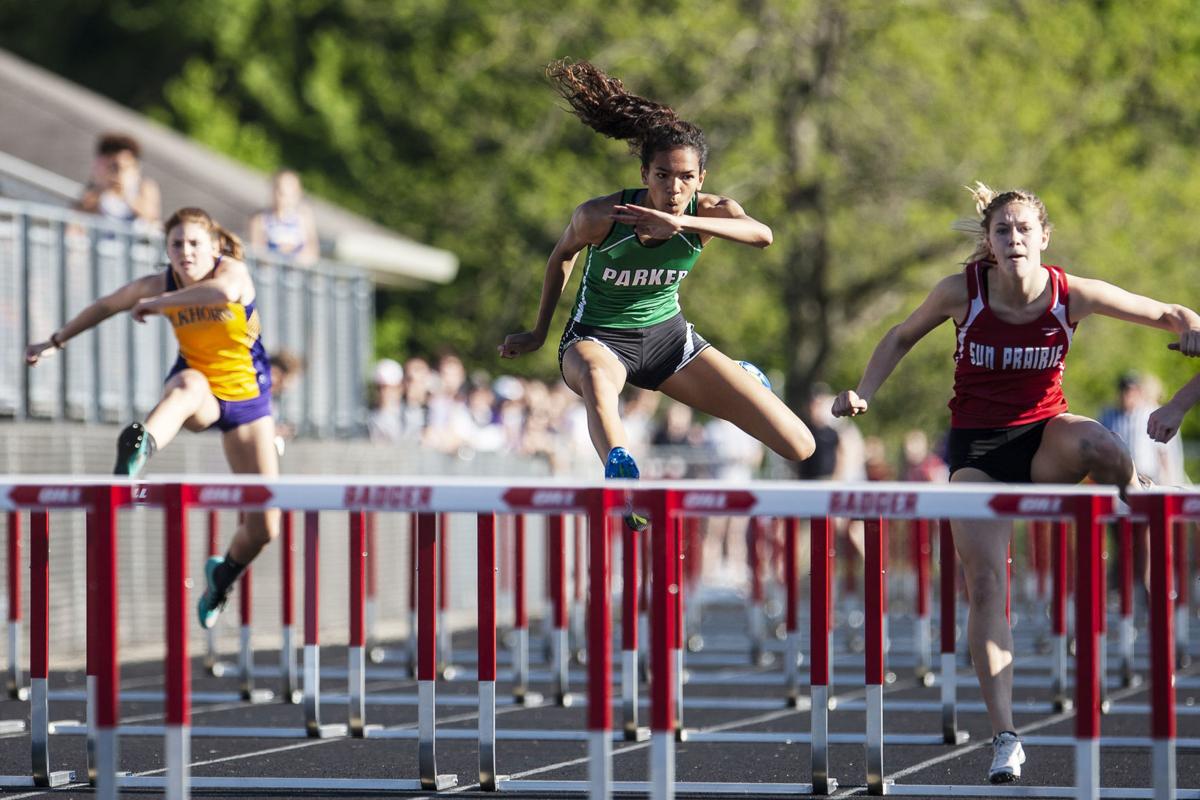 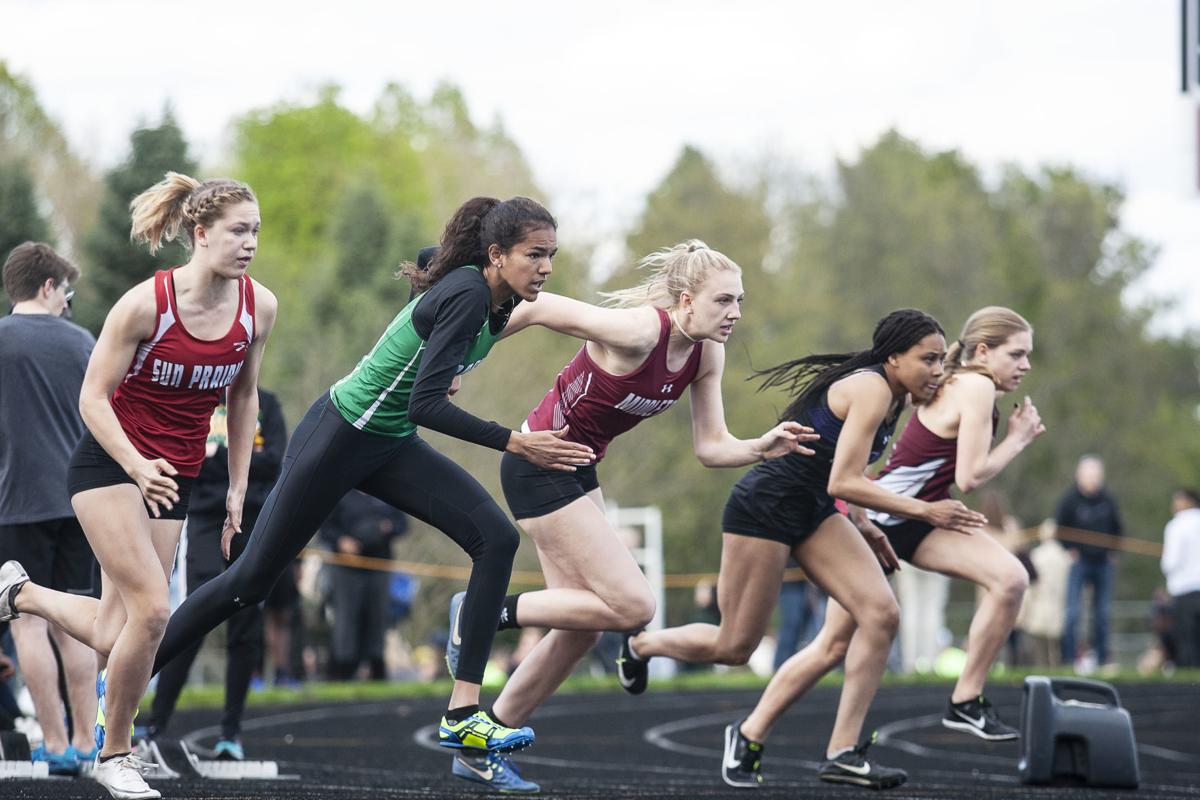 Janesville Parker’s Ryann Porter, second from left, runs off the starting line during the 100-meter hurdles at the Big Eight Conference track meet Friday, May 10, 2019, at Lussier Stadium in Madison. 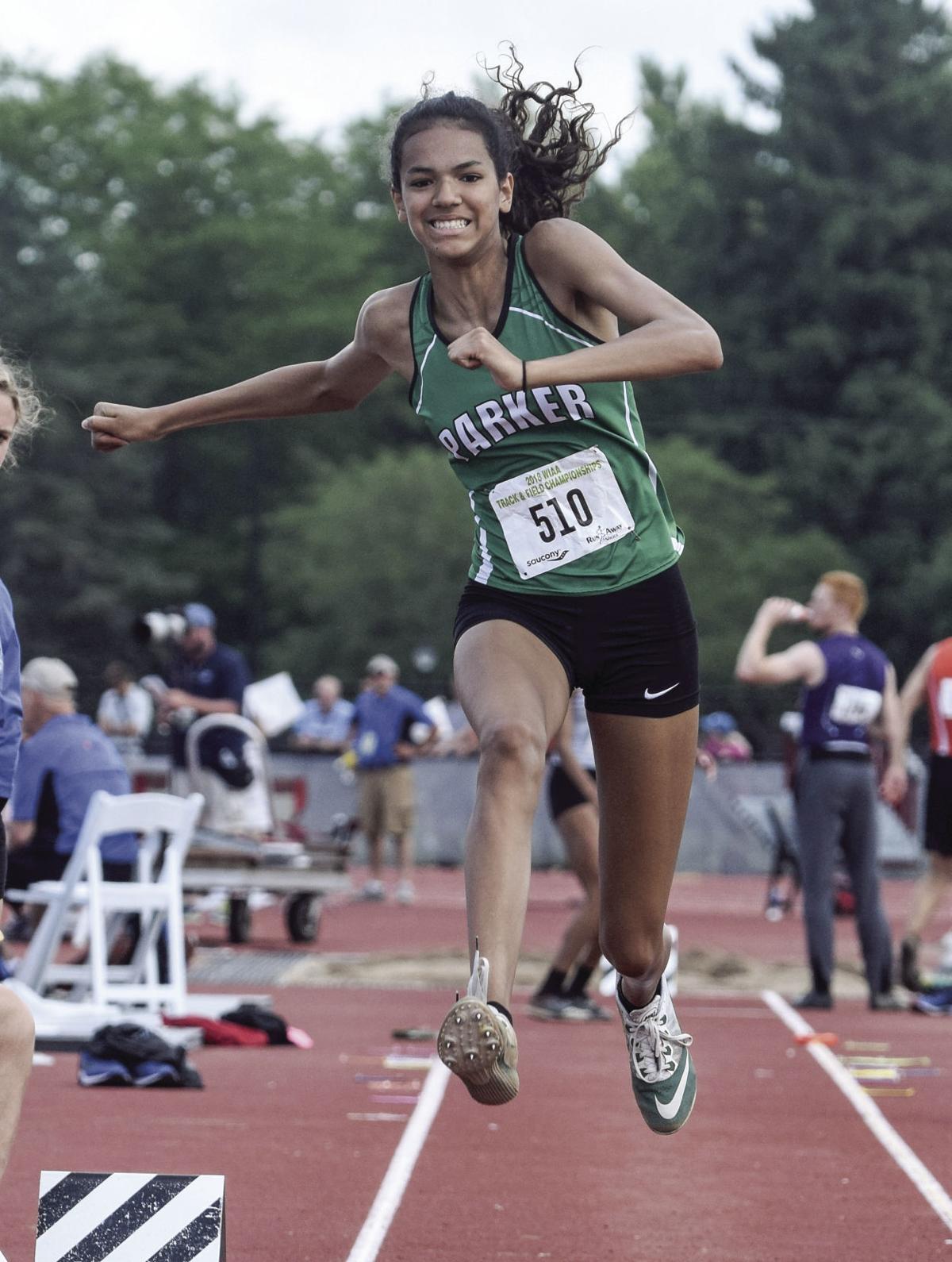 Janesville Parker sophomore Ryann Porter leaps during an attempt in the Division 1 girls triple jump on Day 1 of the WIAA State Track and Field Meet at UW-La Crosse on Friday.

Janesville Parker’s Ryann Porter, second from left, runs off the starting line during the 100-meter hurdles at the Big Eight Conference track meet Friday, May 10, 2019, at Lussier Stadium in Madison.

Janesville Parker sophomore Ryann Porter leaps during an attempt in the Division 1 girls triple jump on Day 1 of the WIAA State Track and Field Meet at UW-La Crosse on Friday.

Ryann Porter was destined to be a track and field star.

It’s in her genes.

And now, the Janesville Parker senior is following in the footsteps of her parents by getting the chance to compete at the Division I college level.

Porter signed a letter of intent Thursday to run track and field at Indiana State University, a DI school in Terra Haute, Indiana, whose most famous alumni is NBA legend Larry Bird.

She said choosing Indiana State over several other offers was fairly easy.

“I really liked the coaching staff when I went there to visit,” Porter said. “Other athletes that have gone there have seen their distances go up by a foot or two in the jumps, and their times really come down in the hurdles.

“Plus, they told me I’ll have the chance to contribute immediately, which is great. They said they might even try me in the pentathlon, too.”

Her father, Kevin, a former Parker athletic director, was an all-American and member of a national championship team at the University of Tennessee. He specialized in the 400 meters and was an individual champion at the prestigious Penn Relays.

Her mother, Kelli, was a state champion at Appleton East in 1990 and ran collegiately at Marquette. Kelli specialized in the same events as her daughter—triple and long jump, hurdles and as part of the 800 relay.

“They didn’t really push me into track,” Ryann said. “I competed starting when I was young in things like the Badger State Games, but nothing too serious. When I was a freshman, I went out for track just because I thought it would be fun.

“But once I went out, my dad said that if you’re going to compete at the next level, you’re going to have to do things that other kids aren’t doing. Whether that meant getting up early in the morning to work out or not hanging out with my friends on weekends because of practice or meets.”

Porter played varsity basketball and on one of Wisconsin’s top AAU teams in the summer the last three years but did not go out this season. She has instead focused on weight training and core conditioning to get ready for the track and field season.

The bar has already been set high for the upcoming track season. Porter set the school record of 38 feet, 4 1/2 inches last season in the triple jump at the state meet and hopes to clear 40 feet this season.

“I’m pretty hard on myself, so when I don’t PR on every jump, I used to get mad about it,” Porter said. “But now I’ve learned that every jump isn’t going to be perfect and that it’s not worth getting mad at myself.

“The biggest thing for me in triple jump, and the reason I improved by a couple of feet, was because I got my steps down on the runway leading up to the jump. There were times where I would take off and be a foot or two behind the board.”

Porter made the finals in the 100 high hurdles at state last year but finished ninth after clipping a hurdle early in the race and falling. She said of all things, an excellent start out of the block was the reason for the mishap.

“I never seemed to have a good start, but in that race I had probably the best start I ever had,” Porter said. “But because I got out so fast, it messed up my steps.”

She just missed the podium last year at state in the long jump, finishing seventh.

Parker girls track and field coach Mark Little said Porter’s best days are ahead of her.

“As Ryann continues to mature physically and gets stronger, she’s only going to get better,” Little said. “She’s not come close to reaching her peak yet.

“When she gets to college, I think you’ll really see her take off. I know Indiana State talked about trying her in the pentathlon, and I could see her having a lot of success if she did try it.”

It should come as no surprise given her genes. Combined that with hard work, and success is something Ryann Porter has found a lot of.

Person I admire most: My parents (Kevin and Kelli).

If I could play any other sport, it would be: Volleyball.

If I could have dinner with one famous person, it would be: (Olympic champion) Allyson Felix.

In 10 years, I'll be: Probably doing something in marketing, maybe in the food science industry.

If I could have one super power, it would be: To read minds.