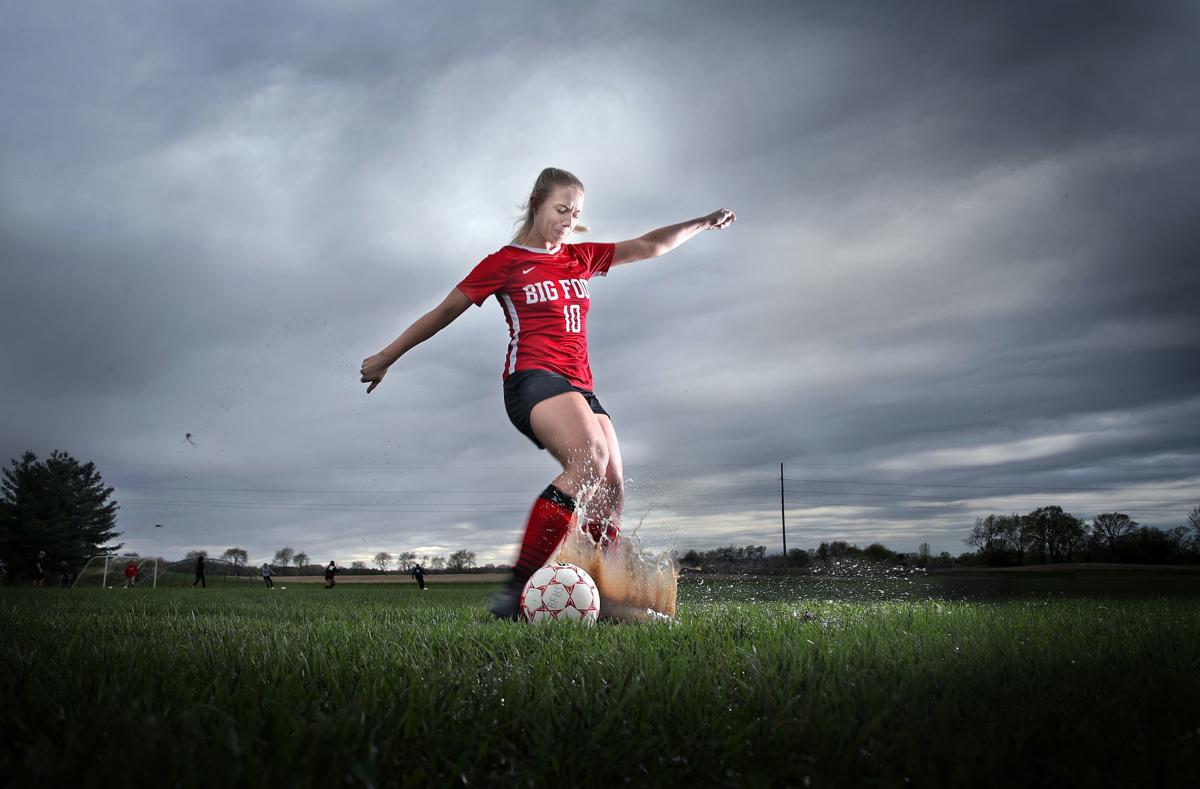 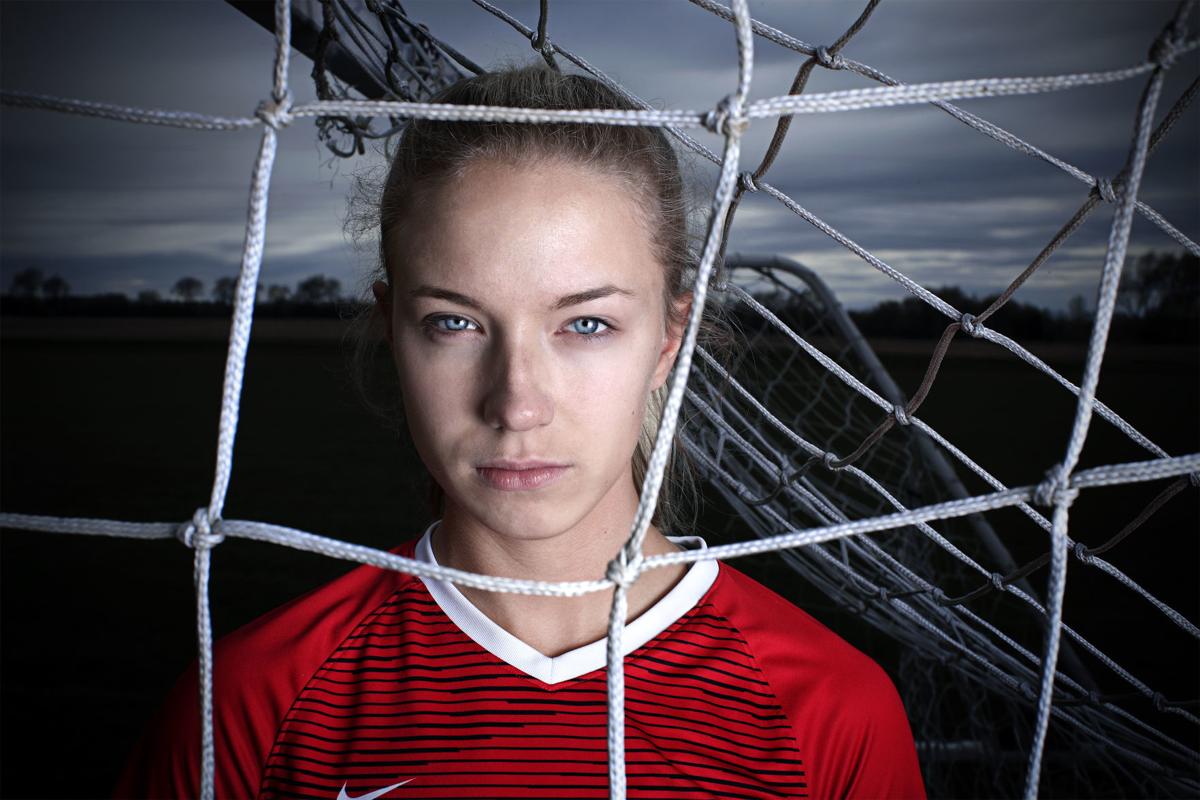 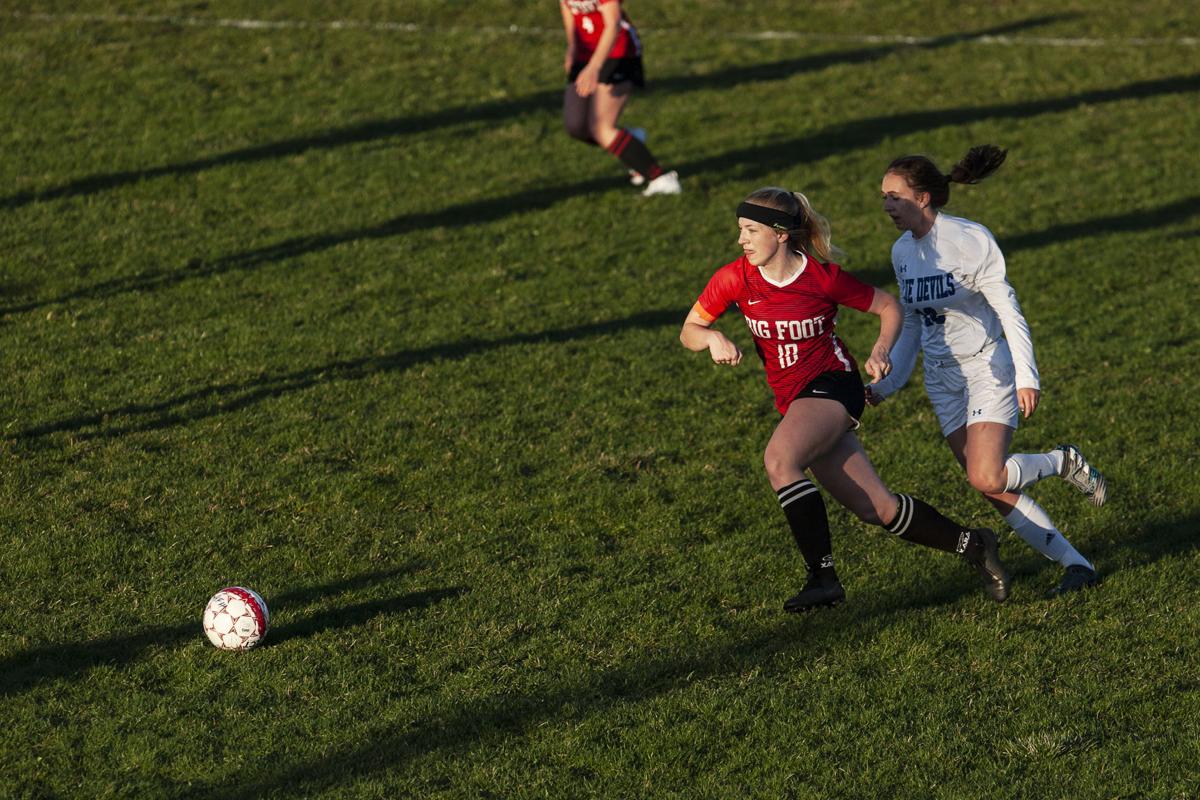 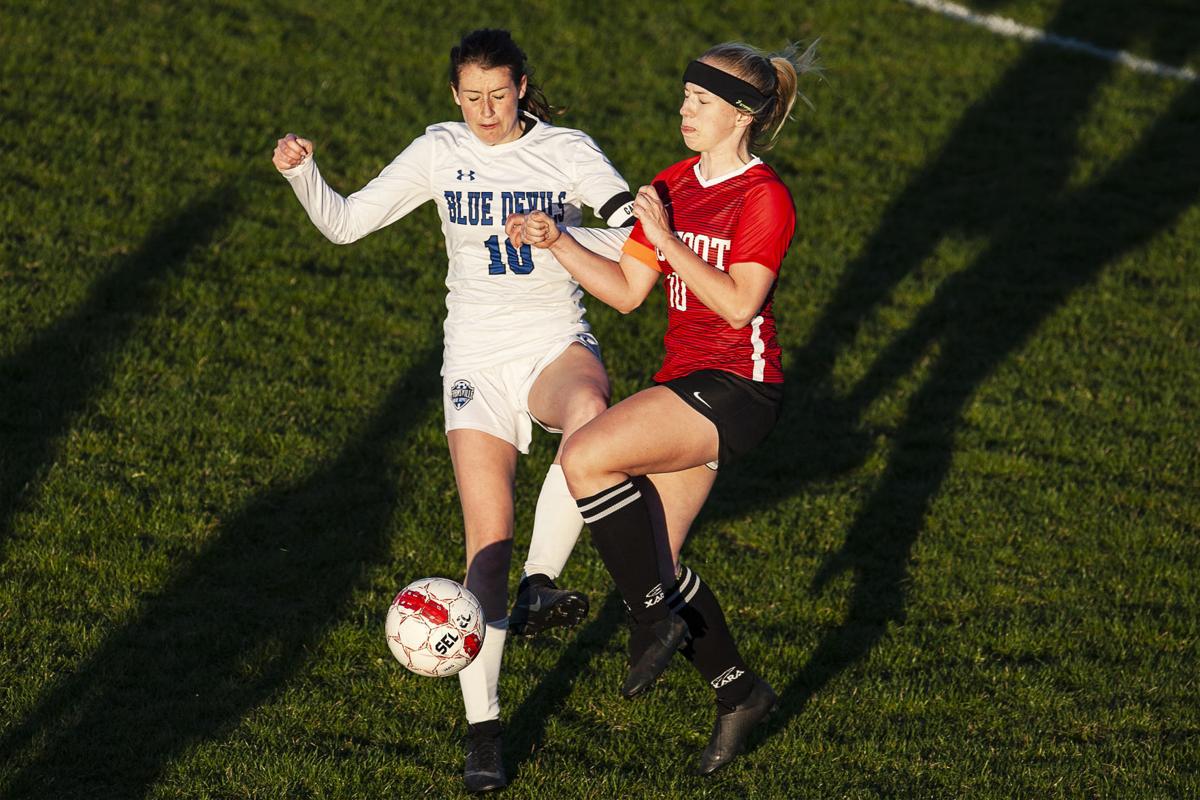 A language barrier didn’t stop Abby Peterson from building connections with the people she met while on a mission trip to Haiti as a seventh-grader.

Despite not knowing any French or Haitian Creole—the two official languages of Haiti—Peterson still had a way to communicate with the locals.

“We all loved the game and we could just laugh and smile even though we didn’t share the same language,” Peterson said.

“It was really beautiful.”

That trip helped shape the person and soccer player Peterson is today—a bright, lively young woman who has excelled on the field and in the classroom.

She holds a perfect 4.0 GPA and ranks at the top of her class. Peterson, who will graduate from Big Foot High School later this month, said she plans on attending Virginia Wesleyan University, a Division III school where she’ll continue her soccer career and study either pre-med or pre-law (she hasn’t decided yet).

A quick, creative mind can be as important as strength or speed on the soccer field. Peterson, of course, has the total package.

The Big Foot/Williams Bay captain has piled up 65 goals and counting over her four-year varsity career. Records were not available, but coach Rene Perez believes Peterson is among the program’s leaders in career scoring.

She already has 17 goals this spring, putting her previous season-high of 23—set last year—well within reach. Peterson has scored multiple goals six different times, including a three-goal, four-assist performance in a win over Edgerton on April 8 and a four-goal, two-assist game May 2 against Clinton.

Even more impressive? Peterson is naturally a defender—an outside wingback to be more precise. She’ll revert to that role when she suits up for Virginia Wesleyan.

It’s out of necessity that Peterson plays as a central attacking midfielder for Big Foot/Williams Bay.

She’s a defender masquerading as a forward. And that has some advantages. For one, she deeply understands the tactics and positioning that come with running an offense, like she does at the heart of Big Foot/Williams Bay’s 4-5-1 system.

Peterson can use that knowledge to thwart her opponents when she’s playing as a defender.

Given the key role she occupies for the ChiefDogs and her gaudy scoring totals, Peterson knows teams are keen on slowing her down. She’s man-marked often and gets pushed around a lot because of how much she touches the ball.

“If you watch a lot of the European soccer like Barcelona, they are very skillful,” Peterson said. “You know, they touch them and they fall over and cry. That’s definitely not me.”

But it’s nigh impossible to take Peterson out of the game. As good as she is at scoring, she’s equally capable of playing a decisive pass to feed other talented attackers like Hannah Palmer (10 goals) or Abby VandeBogart (7 goals). Peterson leads Big Foot/Williams Bay with 12 assists this year.

“Every year, her assists have gone higher and higher,” Perez said. “She’s not always just looking to be the goal-scorer.”

Peterson has earned first-team all-Rock Valley honors each of the past two seasons.

With Peterson spearheading the offense, the ChiefDogs (8-2-0, 5-2-0 RVC) have won eight of their first 10 matches while averaging nearly five goals per game.

It’s Big Foot/Williams Bay’s best 10-game start since 2013, when the ChiefDogs began 9-0-1, ultimately finishing with 16 wins and a first-place finish in the Rock Valley.

Saturday’s 4-1 loss to McFarland all but ended the ChiefDogs’ hopes of winning the Rock Valley’s regular-season title, but they can still look forward to the conference tournament and the WIAA postseason.

It’s not the first time she’s been knocked down. And it likely won’t be the last.

“I think the most important part about being a leader is being able to get back up,” Peterson said Monday. “That’s where all my motivation comes from. I always think of my teammates. If I don’t get up right now, what position are they in?”

Peterson wants to close her prep soccer career with a deep playoff run. But she also takes her role as a senior captain seriously. She knows what it’s like to be matched against older players, having played for a U19 club team when she was just 14.

So she’s trying to share her knowledge and experience with the future of Big Foot/Williams Bay’s soccer program—the underclassmen who will step into bigger roles once she and the rest of this year’s senior class has graduated.

In a few weeks, Peterson will hang up her high school uniform for the final time.

The impact she has had on Big Foot/Williams Bay’s soccer program will be felt much longer.