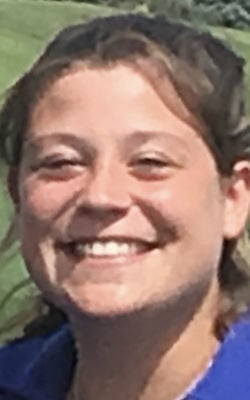 Sara Nerad and her teammates looked each other in the eyes during the second intermission Monday and told each other it was “time to grow up.”

That hasn’t stopped the group from aiming high, and just over three minutes into the third period, Nerad helped the Fury realize one of their goals: a Badger Conference title.

Her goal put Rock County ahead for good, and the Fury picked up a 2-1 victory over their rival, the Cap City Cougars, at Sun Prairie Ice Arena.

“This is amazing for them,” said Fury coach Luke Steurer, whose team won its second straight league crown. “We’ve kind of had our ups and downs and have been on a little slump the last three or four games. To see them come back from some tough losses and get this big win in their house is huge for our confidence heading into the playoffs.”

The victory helped the Fury close out the regular season with a 13-9-2 overall record, including an 8-0-2 mark in the Badger. One of those ties was a 0-0 draw against Cap City in the first meeting.

“This is beyond belief,” Nerad said. “We know that the third period is always ours. Everyone just held their heads up and said … we’ve got to think about what we’re doing, what our game is and what our goals are. Obviously we figured that out pretty quickly.”

After playing on their heels for much of the second period, the Fury put together a strong final minute before the second intermission and their little heart-to-heart meeting.

They came out firing on all cylinders, and a trio of Janesville players connected for what turned out to be the game-winning goal.

Parker freshman Olivia Combs played the puck to Craig junior Mya Maslonka behind the Cougars net. Maslonka fed a pass to Nerad, who was streaking toward the slot and slipped a one-timer over the pad of Cap City goalie Taylor Knox.

“I saw Mya with the puck at her skates and thought, I’ll just keep creeping in,” said Nerad, who has had Maslonka rejoin her line after missing a portion of the season for personal reasons. “I love having her on my team and on my line. We work well together because we’ve played together for so many years.”

She made a critical breakaway save early in the second period and helped withstand late pressure when the Cougars pulled Knox with just under two minutes to play.

The teams traded a goal apiece over the first two periods—with each coming on a Cap City power play.

With just over a minute left in the first, Monroe sophomore Anika Einbeck put the Fury ahead with a shorthanded goal. Albany sophomore Alyssa Knauf sprung the breakout, and Einbeck then swiveled her way through traffic and toward the crease, eventually lifting a backhanded shot into the upper right corner of the net.

The Cougars tied the game with a power-play goal five and a half minutes into the second, and that score held until the Fury’s impressive third period.

If all goes according to seed, the Fury and top-seeded Cougars would meet again with a trip to the state tournament on the line. The sectional final is Feb. 23.