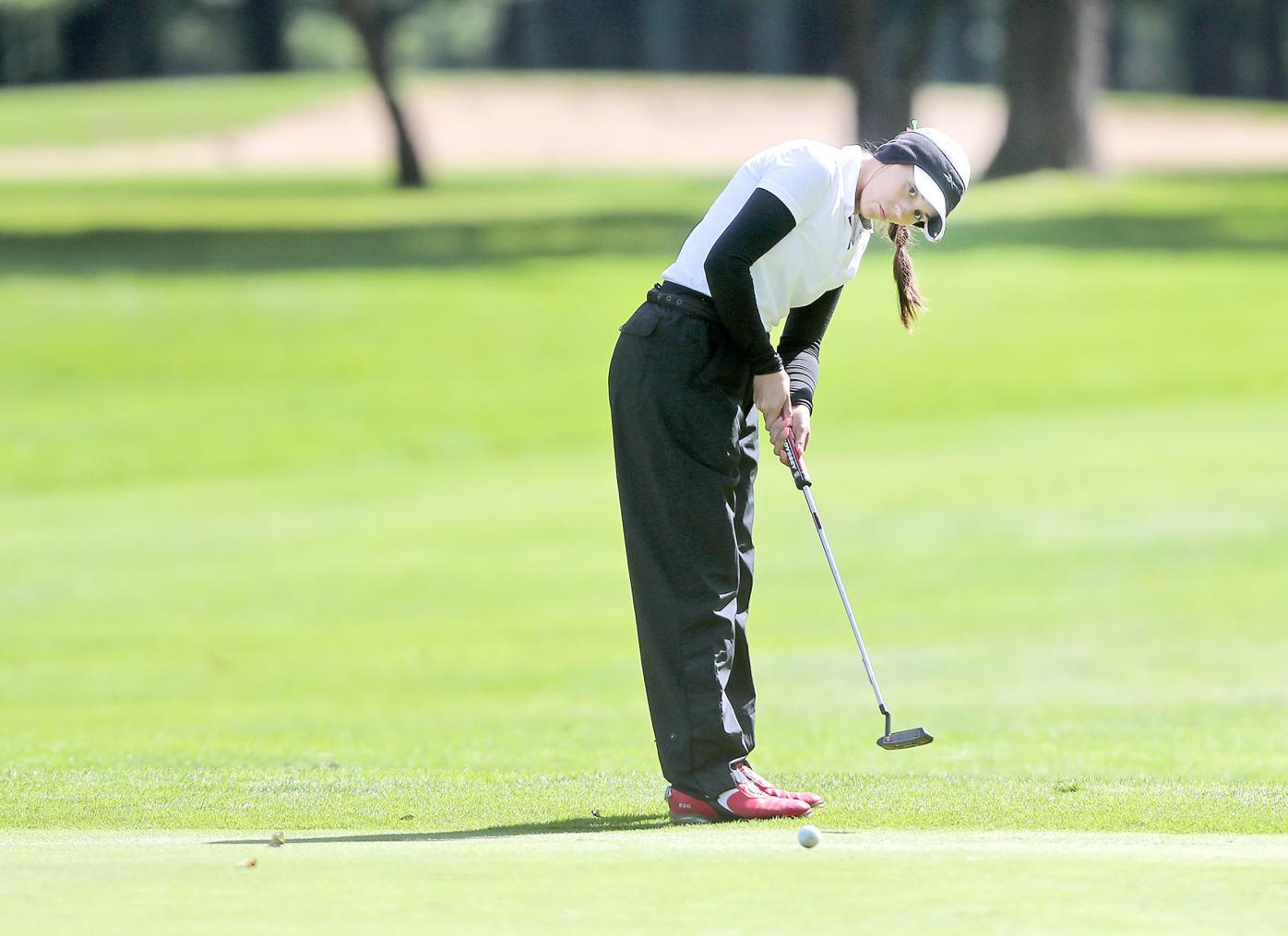 Milton's Taylor Hakala putts on the second hole during the WIAA Division 1 girls golf regional at Riverside Golf Course in Janesville on Wednesday. 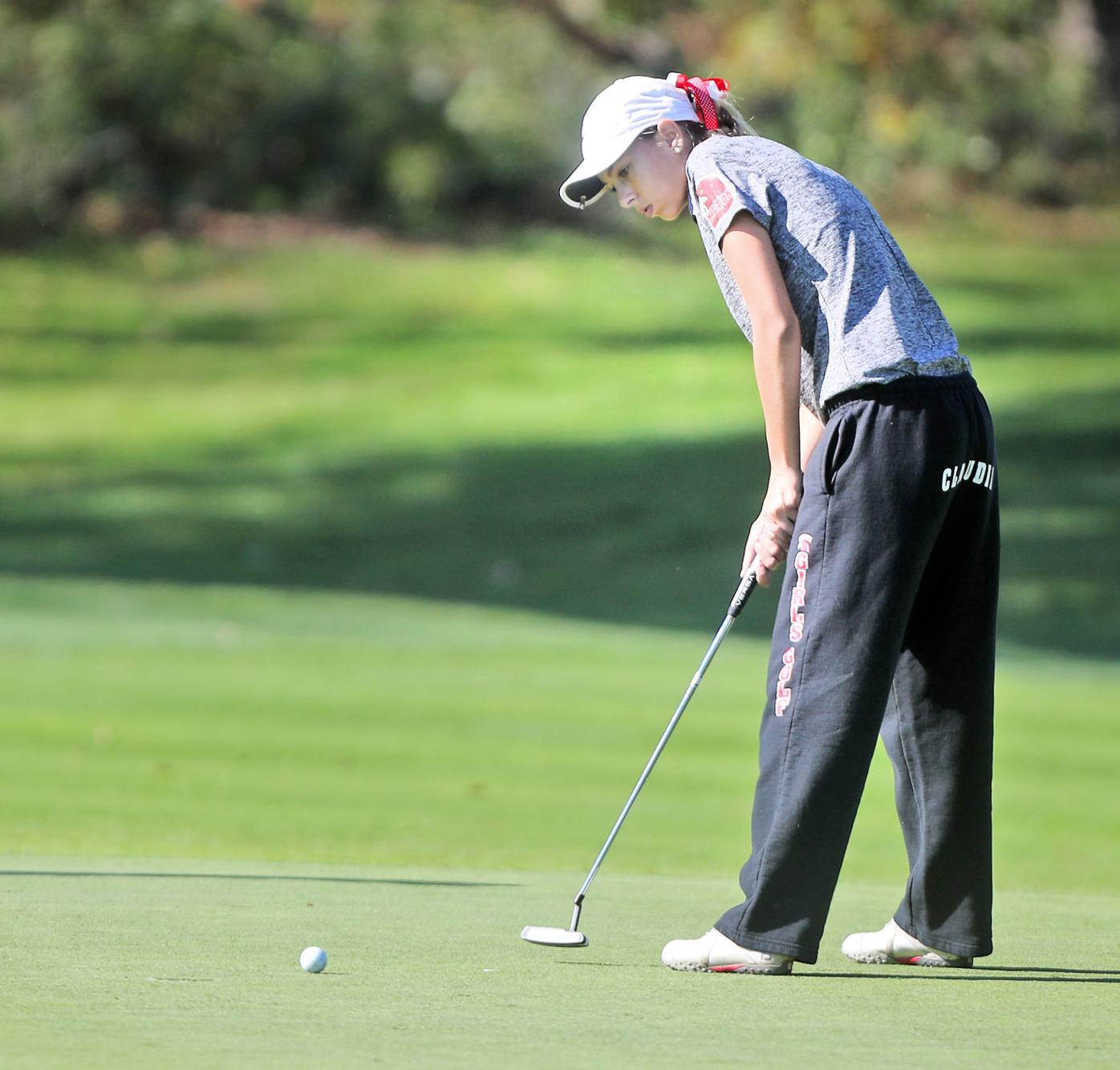 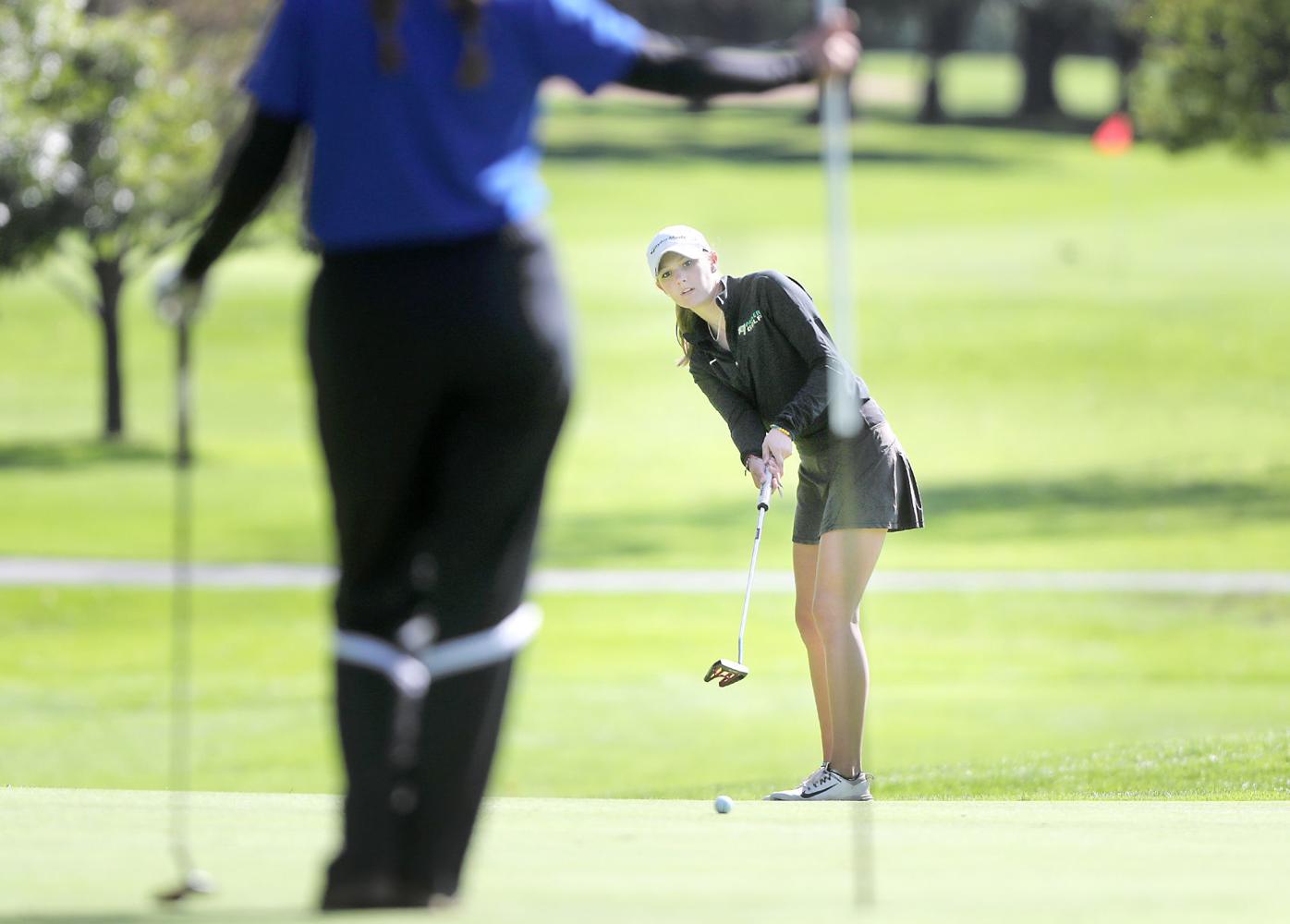 Milton's Taylor Hakala putts on the second hole during the WIAA Division 1 girls golf regional at Riverside Golf Course in Janesville on Wednesday.

Holly and Annie Murphy have never known anything outside of life without each other, but they’re still learning to play competitive golf together.

Taylor Hakala and Claudia Seeman may not be sisters, but by now they’ve spent enough time together they sometimes feel like family.

Those are the close bonds that are often needed in high school golf—a sport that tests a team dynamic perhaps more than any other. Players must root for their teammates to play their best but also carry a competitive fire to want to beat them at the same time.

The Murphys, of Lake Geneva Badger, and Hakala and Seeman, of Milton, wouldn’t have it any other way. And that’s part of the reason the Badgers and Red Hawks will be playing in the WIAA Division 1 state girls golf tournament at University Ridge on Monday and Tuesday.

“It’s something that’s hard to come by,” said Milton co-head coach Ashton Stair. “A lot of your teams, teammates will really strive to be No. 1 on the team. With Taylor and Claudia, they are competitive with each other but have what’s best for the team in mind, which is awesome.”

Milton is no stranger to the state tournament.

But after the graduation of defending state champion Mia Seeman, many wondered if the Red Hawks might miss out on University Ridge for the first time in five years.

Hakala, Seeman and their teammates never wavered in the belief they’d keep the streak alive.

Hakala said the team has practiced harder than ever, and that she has only grown closer with Claudia—Mia’s younger sister—during this season.

“We work on the range and putting green together; we do everything together,” said Hakala, who will play at state for a fourth time and has finished in the top 25 the past three years. “We’ve really gotten close this year, which is really nice. We’re usually one or two strokes apart from each other … so we just push each other to keep improving.”

Seeman, a junior making her third state trip, said she’s known Hakala for a long time, but they’ve grown even closer in their final year of playing together.

“Every single tournament, they’re head-to-head, wondering what each other is doing, in a good way and a competitive way,” Milton co-coach Brady Farnsworth said.

Grace Weis is Milton’s No. 3 player and has been consistent throughout the year. Reagan Moisson and Callie Hakala round out the lineup, and each is capable of providing a score in the 80s or 90s on any given day.

“We’ve had Grace consistently contribute her score, and Reagan and Callie have their days. That’s what you need with a team,” Stair said. “It’s nice to have that depth.”

The well-rounded group has been in the state rankings for most of the year and enters state coming off winning regional and sectional titles.

Holly Murphy has led Badger’s march up the ladder.

She finished tied for eighth in her first trip to the state tournament last year as a sophomore.

This year, the Badgers had their sights set on the program’s first-ever trip to state, but head coach Phil Huff challenged them to not get ahead of themselves. He told them they needed to win a Southern Lakes Conference title first.

Badger did that, then was second at the Parker Regional and second at its own sectional Wednesday, earning the spot at University Ridge.

“It’s been a slow climb,” said Huff, who has been the team’s head coach for eight years. “We won a conference championship in 2010 … but went through a dry spell where we really just needed to get more players.

“Now we’ve got the numbers, and obviously that has been led by Holly Murphy. She has a lot of experience, has been playing golf since she was 8 years old, and pretty competitively.

Interestingly, Annie Murphy, a freshman, is really playing competitive golf for the first time this year. With Holly a contender to win a state title, she and Annie aren’t exactly rivals in terms of shooting similar scores. But Annie quickly rose to the No. 2 spot in Badger’s lineup.

“It’s really exciting,” Huff said. “Holly loves the sport, and Annie is learning to love it.

“Holly tries to help Annie, but they’re not really competitive with each other, because they both know they’re kind of on different levels. They have sister love, not sister hate. They really have a good dynamic.”

The Badgers’ lineup is rounded out by Kristine Walczynski and Kayla Kerns.

For the Badgers, state is the next step in the process. They recognize they likely won’t be in the mix for a team state title but believe they could be headed in that direction by next year, Huff said.

“We’re the underdogs at the tournament,” Huff said. “We don’t have anything to prove.”

Janesville Parker’s Sophia Dooman will get a second chance to play at state, qualifying as an individual for the second straight year.

Dooman, who was fourth at the Badger Sectional, finished in 32nd at last year’s state tournament.

Janesville Craig sophomore Kallie Lux said Wednesday she’s excited to be making her first appearance at state after narrowly missing out as a freshman.

A pair of Edgerton seniors will play in the Division 2 tournament. Makenzie Suhr and Maddie Perkins both qualified individually for a Crimson Tide squad that missed out on a state berth by one shot in a sectional team playoff.