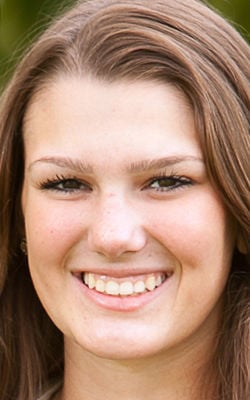 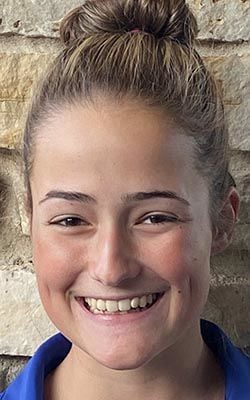 Dooman, a senior, and Lux, a sophomore, are joined on the first team by Middleton’s Katherine Meier and Gienna Sanderson, along with Madison West’s Lillian Knetter. Meier was the player of the year, and Becky Halverson of Middleton was coach of the year.

Dooman capped an impressive career by qualifying for the WIAA Division 1 state meet for the second straight year. She had rounds of 83 and 80 at University Ridge to finish tied for 14th. Dooman’s 18-hole season average was 82.33.

“Sophia’s probably the best golfer that I’ve had in my nine years as coach,” Parker’s Mary Ross said. “She’s a true competitor, who took her game to a different level this year.

“She had the best finish ever for a Parker golfer at state and was a great teammate. Plus, she’s an excellent student. She’s meant so much to our program by the example she set.”

Lux also qualified for the state meet, where she fired rounds of 84 and 85 to finish tied for 28th. Her season stroke average was 92.57.

“You could tell when she came in as a freshman that the talent was there,” Craig coach Alex Schaar said of Lux. “The key for her this season and a big reason she made it to state was because she toned down her game a little bit and took some of the risk factors out of it. Her mental approach was much better.

“And she also took on more of a leadership role for our team. She was definitely the cheerleader on our team. I’m really looking forward to see what she can do the next two years.”

Player of the Year—Meier, Middleton

Coach of the Year—Becky Halverson, Middleton

Players were nominated by their GCAW member coaches and were honored if they are in Grade 10 or older, have a cumulative GPA of at least 3.25 and played in at least 75 percent of their team’s varsity matches.