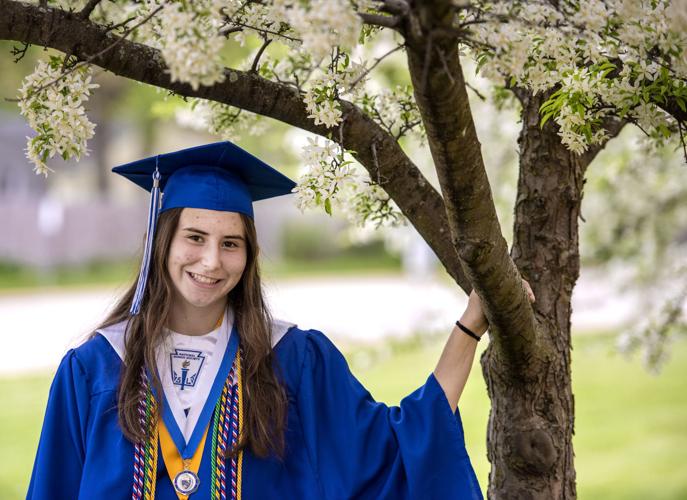 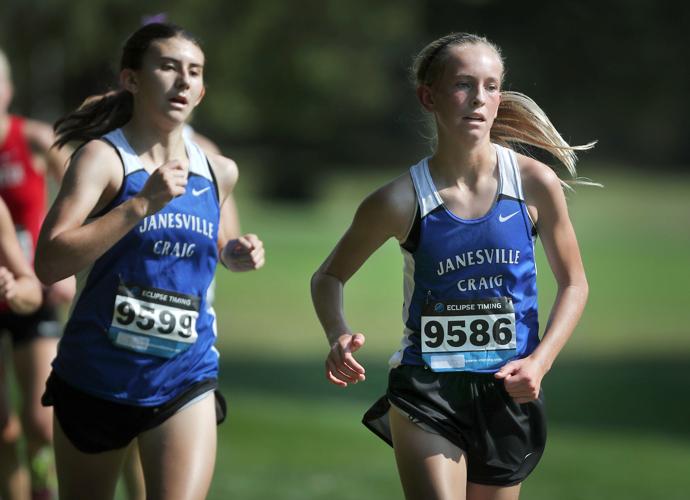 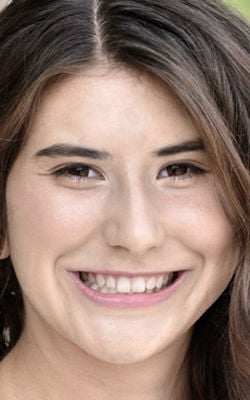 Petruzzello will speak during Janesville Craig High’s graduation ceremony, scheduled to be released via video June 6, where she will be honored as one of two Class of 2020 valedictorians. A Herb Kohl Excellence Scholar and YWCA Young Woman of Distinction, she will attend Central College in Iowa on a prestigious scholarship.

As a runner, Petruzzello competed at the WIAA state cross country meet twice for the Cougars and also ran the distance races for the track and field team in the spring.

But the most important race Petruzzello ran in high school did not come on a course or around a track.

She spent time racing the clock to help her teammates, fellow students and teachers understand that despite that long list of accomplishments, she was not immune to mental health issues.

According to the National Alliance on Mental Illness, 17% of youth in the United States experience a mental health disorder. Petruzzello is proof such illnesses do not discriminate based on grade point average or athletic success.

“I can’t speak for my teammates, but definitely, to them, I could see that it would be confusing,” Petruzzello said.

“A lot of people wouldn’t know that I was feeling really anxious and depressed. To them, it’s like I’m a high-achieving perfectionist.

“A lot of teachers knew me and taught me and would have no idea that I was depressed. ... So my goal was to kind of give them perspective and find ways to help people notice, because in school you kind of get reinforced for being high-achieving. No one really thinks about the anxiety.”

Teacher in the making

Petruzzello will attend Central College in Pella, Iowa, where she has earned a Rolscreen Scholarship, the most prestigious award granted at the college, according to a school release from 2019. She also was one of 193 graduating seniors in Wisconsin to earn a $10,000 Herb Kohl Student Excellence Scholarship.

At Central, Petruzzello plans to pursue a teaching degree. She wants to teach social studies at the secondary level and perhaps even psychology at the college level one day, she said.

She already got a taste of teaching when she was a presenter in Craig health classes during an emotional management unit.

“I just talked about my experiences and some coping skills,” Petruzzello said. “And speaking at freshman seminar, that was more about coping skills and how to adapt to changes in your life and how that can bring anxiety.”

One activity that helps Petruzzello cope is photography.

As an editor and photographer for the school newspaper, she could often be found throughout the school year capturing photos of events, including sports.

“I started taking pictures of school events, which was nice because I got in for free,” she said with a laugh. “It got me to be more involved. I probably wouldn’t have went to a lot of games.

“This year, especially, when I got better at it and had better equipment, I just got that much more excited.”

Petruzzello, recognized this year as a Woman of Distinction by the YWCA Rock County, also offered up her photography skills to several classmates who might not have otherwise been able to afford senior portraits.

And she loves running.

“It’s a very good stress reliever and an escape,” she said of the latter. “I really don’t like taking a break from running. I’m not as happy of a person.”

Petruzzello was able to combine those two passions when she read “Running with Mindfulness: Dynamic Running Therapy (DRT) to Improve Low-mood, Anxiety, Stress, and Depression” by William Pullen.

“That was super interesting for me, because it combined my two favorite things,” she said. “To see that bilateral stimulation of running is kind of a therapeutic technique ... and that’s why exercise is so good for mental health.”

Still, there have been times where the anxiety has reared its head on the cross country course, as well.

Petruzzello has clearly had the times to be on Craig’s vaunted girls varsity team the past few seasons. She covered the five-kilometer course at the WIAA state meet in 2017 in 20 minutes, 6.79 seconds, to finish 73rd overall in the Division 1 race. She was Craig’s third-best finisher, and the Cougars took fourth place as a team. This past fall, Petruzzello ran in 20:46.3 and was Craig’s fifth-highest finisher for a team that took 16th.

“She’s a very strong and accomplished runner. She has a tremendous work ethic that she’s exhibited going back to her freshman year,” Craig cross country and track coach Brandon Miles said. “She was a two-time state qualifier, but it certainly could have been three.”

That is because there were times when Petruzzello opted to run in junior varsity races because of the anxiety that came with running varsity.

“I wanted to give my teammates more of an opportunity, and I knew they would enjoy it more,” Petruzzello said. “It gave me less racing anxiety to be in a JV race when I didn’t feel like I might let my teammates down.”

Petruzzello said she has gotten better at dealing with the pressure.

She has also combined some of the things she has learned in psychology when it comes to her frame of mind while running.

“You have to stay positive and just take things as learning lessons,” Petruzzello said. “If you say, ‘Oh, I did so horrible,’ you feel less empowered. Basically, it’s being constructive about what you can do in the future.

“You have to look at your bad races and say, maybe, ‘Well, my stride was strong,’ or, ‘This lap was pretty good.’

“You have to take those little positives.”

While many students have been forced to wade their way through online learning over the past two months, Petruzzello’s rigorous studies have changed little. She said she was studying up to eight hours a day through this past week, when she took her final Advanced Placement test.

“It’s made me realize the little social connections that I definitely miss,” she said. “Obviously we have class and online meetups, but not everyone is there, and it’s not the same.”

Petruzzello has also kept up running as a way to release energy and anxiety during the pandemic.

She had been training through the winter in anticipation of her final track and field season.

“I was feeling pretty good, and I was ready,” Petruzzello said. “It was kind of the last chance to bond with my teammates and just enjoy it overall. I didn’t really have any expectations, I was just hoping to improve on what I had done before.”

Now she is looking forward to training at the college level while competing in Division III for Central.

And yet Petruzzello’s greatest achievement at Craig could still potentially occur after she is gone.

If one younger student is able to take her message and use it to battle through anxiety or depression, or if a teacher is able to understand and recognize a student that is battling mental illness, that will be a victory that lasts a lifetime.