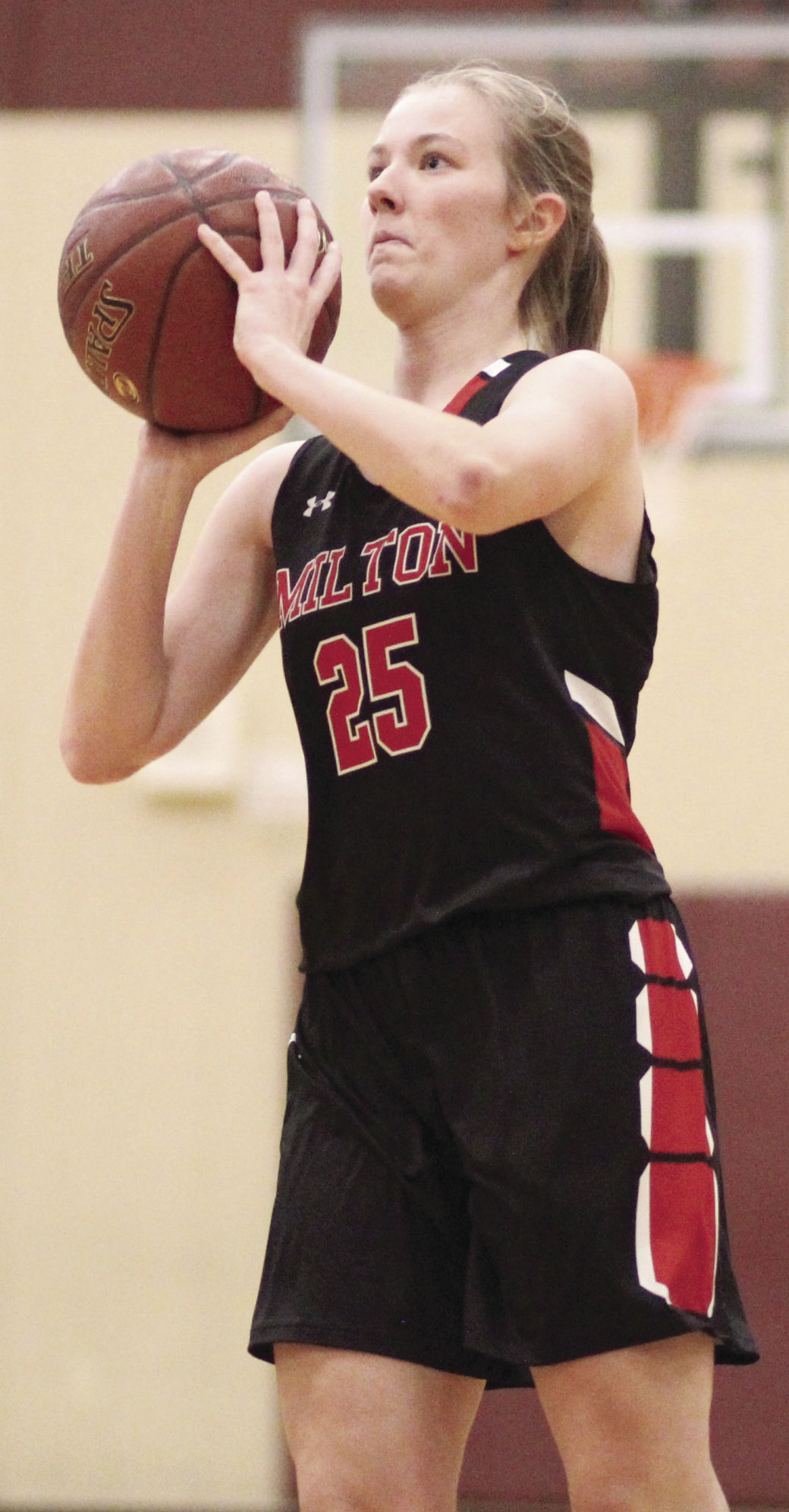 Milton's Abbie Campion scored 15 of her game-high 19 points in the second half as Milton pulled away to beat Jefferson, 49-36, in a nonconference girls basketball game. 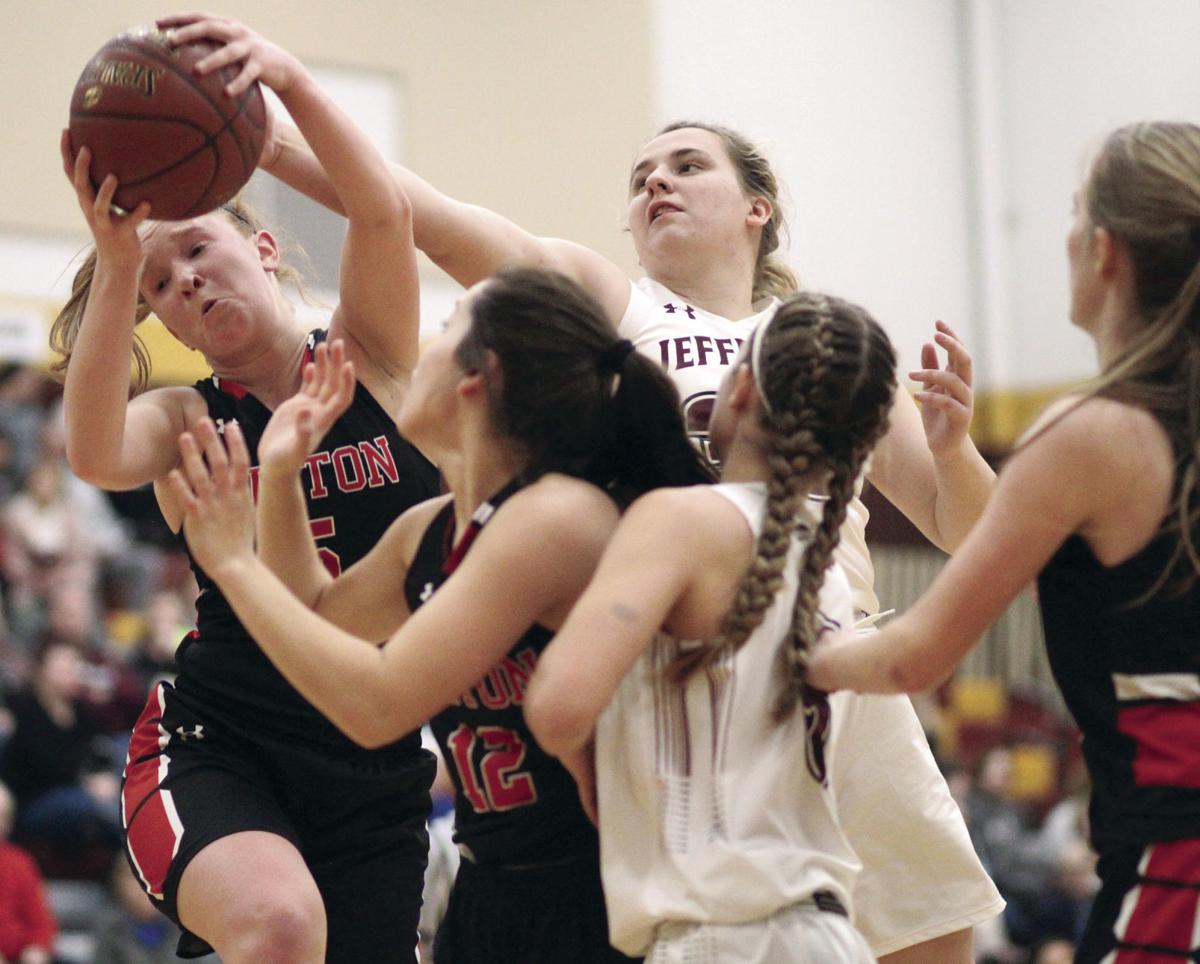 Milton's Abbie Campion scored 15 of her game-high 19 points in the second half as Milton pulled away to beat Jefferson, 49-36, in a nonconference girls basketball game.

Milton did not deploy the tallest or lengthiest defensive lineups Monday night, but the Red Hawks made it work.

With a couple forwards out for Milton, the Red Hawks routinely ran lineups with three or four guards. Jefferson wasn’t able to capitalize on its height advantage inside as the Red Hawks defense gave the Eagles problems with their press and zone schemes.

“I thought we executed our game plan real well,” Milton head coach Stacy Skemp said. “We talked about getting in front of those bigs.

“We’ve been playing like that (with three to four guards) for quite a few games, and props to everyone that’s out there. Everyone has to box out. We’re outsized and we have nothing we can do about. The girls don’t let it rattle them or intimidate them.”

It was only the third time this year the Eagles were held under 40 points.

“It was disappointing; I thought Milton played hard and it took us out of our game a little bit,” Jefferson head coach Mark Peterson said. “We couldn’t really get organized in our offense. We couldn’t get the ball inside to use our advantage.”

The Eagles took the lead out of the break with a basket by junior Josie Peterson, and they built their lead to 24-21.

But once the Red Hawks got the lead back at 25-24 after a pair of free throws from senior Shelby Mack-Honold, they never trailed again.

Campion scored 15 of her game-high 19 points in the second half.

“I’ve been sort out of rhythm, so I’ve been working on my shot,” said Campion, who has combined for 46 points the last two games. “It’s been nice since I’ve been playing inside, so when I turn I can find my players and they’re cutting for me. I always look for my players, and they’re also making me look good.”