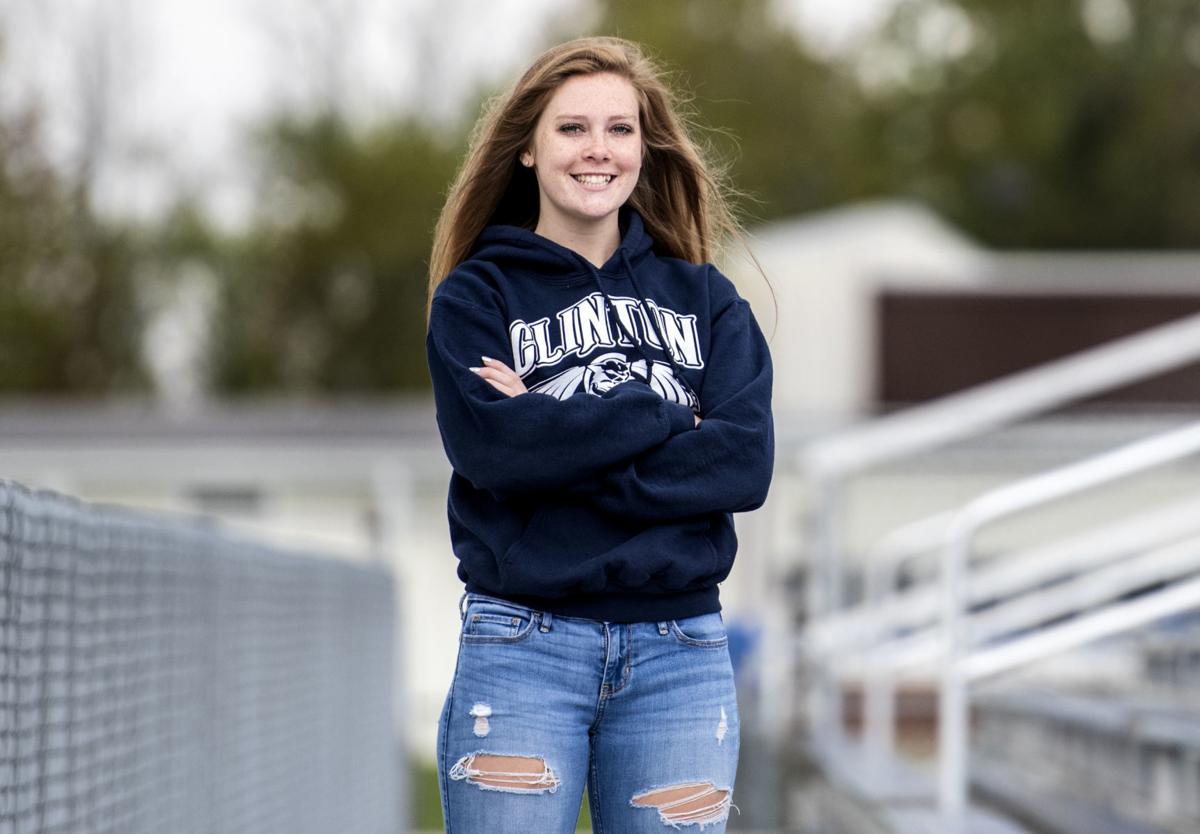 Clinton High School athlete Hannah Welte’s determination was evident in all the sports the senior participated in from basketball to multiple events in track and field. 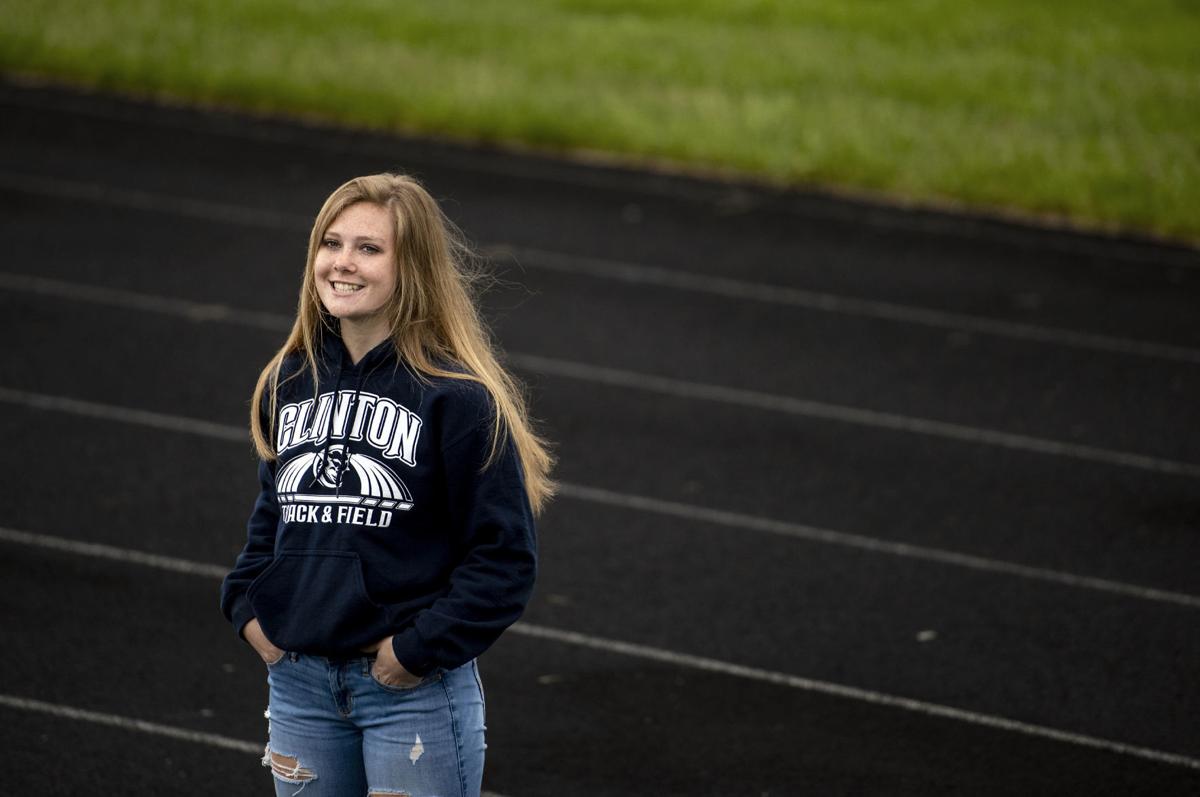 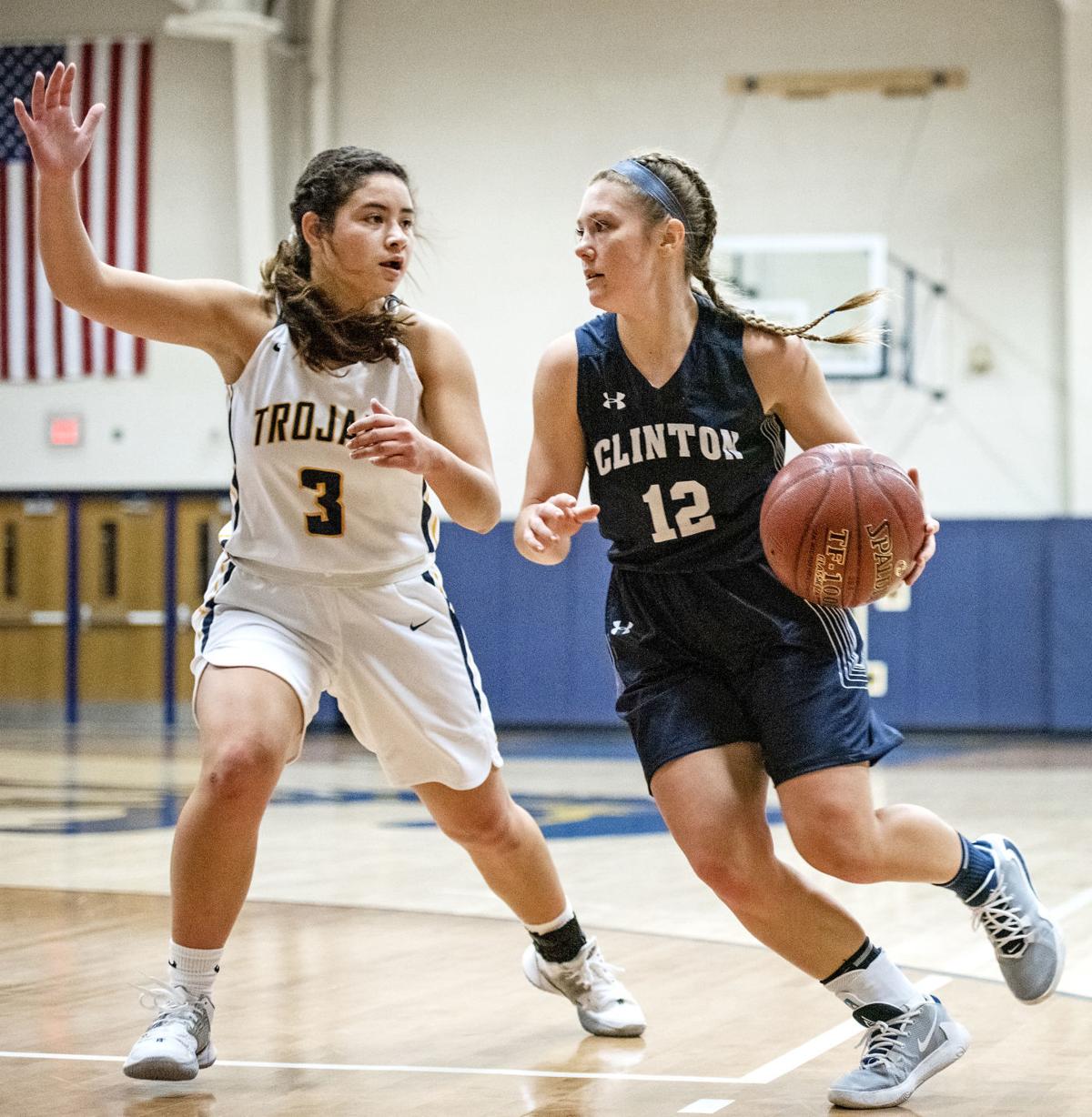 Clinton High School athlete Hannah Welte’s determination was evident in all the sports the senior participated in from basketball to multiple events in track and field.

Go ahead, try and tell Hannah Welte she can’t do something.

Then watch her go do it, just to prove you wrong.

Welte, who will graduate from Clinton High in a couple weeks, was standing at the starting line of the 300-meter hurdles last May in East Troy. It was the sectional meet, and she needed to finish in the top three to advance to state.

She was seeded eighth.

That she even got there was so Welte. After all, you don’t see too many 5-foot-3 hurdlers on the track.

Standing at the starting line, she was crying. That’s Welte, too. Watch her play a game of hoops sometime, as Clinton fans did the last three years, and her passion was worn prominently on her sleeve.

That’s her, diving for the loose ball. That’s her, seeing the passing lanes, making a steal and darting down the floor for a layup. And that’s also Welte committing a frustration foul, storming off to the bench and being comforted by her Grandpa Bill, a Clinton assistant coach.

Anyway, back at the starting line, Hannah is half-crying and half-fuming. Because guess what? Somebody said she couldn’t do something.

A few weeks prior, Welte was playing travel basketball and got a concussion. She shut it down for a while, as per instructions, and when she got back she was not feeling the love from her coaches.

Still want to do the hurdles, they asked. Really?

After all, Welte was already a part of a pair of relay teams that would be in contention for a spot in the WIAA Division 2 state meet.

Before regionals, the coaches asked again: Are you sure you want to do the hurdles?

Welte was sure. And she placed second.

Sectionals, now. Same question. You sure, Hannah? You’re seeded eighth, and it might tire you out.

But she was sure.

The race began and Welte started out in decent shape. By the time she hit the curve, she was passing people. On the straightaway, there was no way she was finishing outside the top three.

Welte placed second. Her coaches wondered where that performance came from.

Welte smiled. She knew why she ran like that. It was that giant chip placed on her shoulder.

At the state meet, Welte saw the girls lined up next to her, all with legs to the sky. She laughed, knowing she had earned her spot. And she finished seventh after not being expected to even be in the finals.

The Clinton senior, standing 5-foot-3, had also long been told she was not tall enough to be an impactful basketball player at the varsity level.

She could only smile when she became a three-year starter and a key piece in Clinton’s strong team the last few years.

It should come as no surprise that the strongest part of her game is on the defensive end. It takes strength, athletic ability and quickness to be a tough defender. Mostly, though, it’s about heart. And it’s here where Welte is all-state.

It’s that hustle, that desire to go after every ball, that kept her up at night in March.

In the regional finals against Turner, Clinton was up in the final seconds. Welte was playing back on defense, ready to take advantage of a mistake.

She thought she sawa one and sprinted toward the ball. It was passed over her head, into the waiting arms of the sharpshooter she had been instructed not to leave.

There are roughly 100 plays during the game that could have swung the outcome. Welte can only think of that one. Her greatest blessing, that heart, turned for a few weeks into a curse as she laid awake, thinking of what could have been.

As graduation approaches, Welte still thinks about it every day. She thinks about what could have been with track. All four members of that state-qualifying 4x100 relay team are back, and they had already booked reservations in La Crosse.

As for the hurdles, did you want to bet against her?

Welte takes a deep breath sometimes and reflects on a career filled with defying the odds. She smiles, but she’s not satisfied. She is competing in both sports for Beloit College next year.

If you think she won’t be successful at the next level, you should tell her that.

Then watch her go do it.