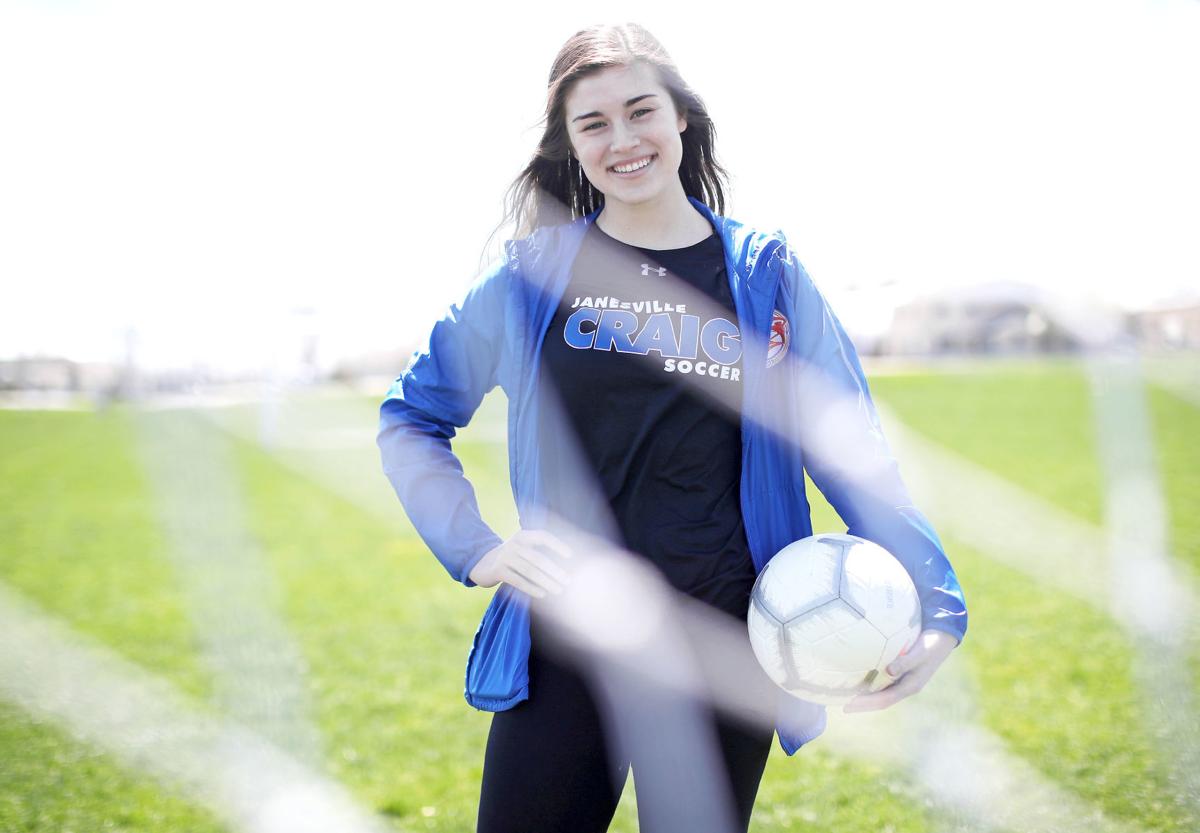 Janesville Craig High senior Hannah Dunlavy is a girls soccer standout who will attend Division II Winona State in Minnesota and play soccer there. She was also a multi-letter winner in girls basketball for the Cougars. 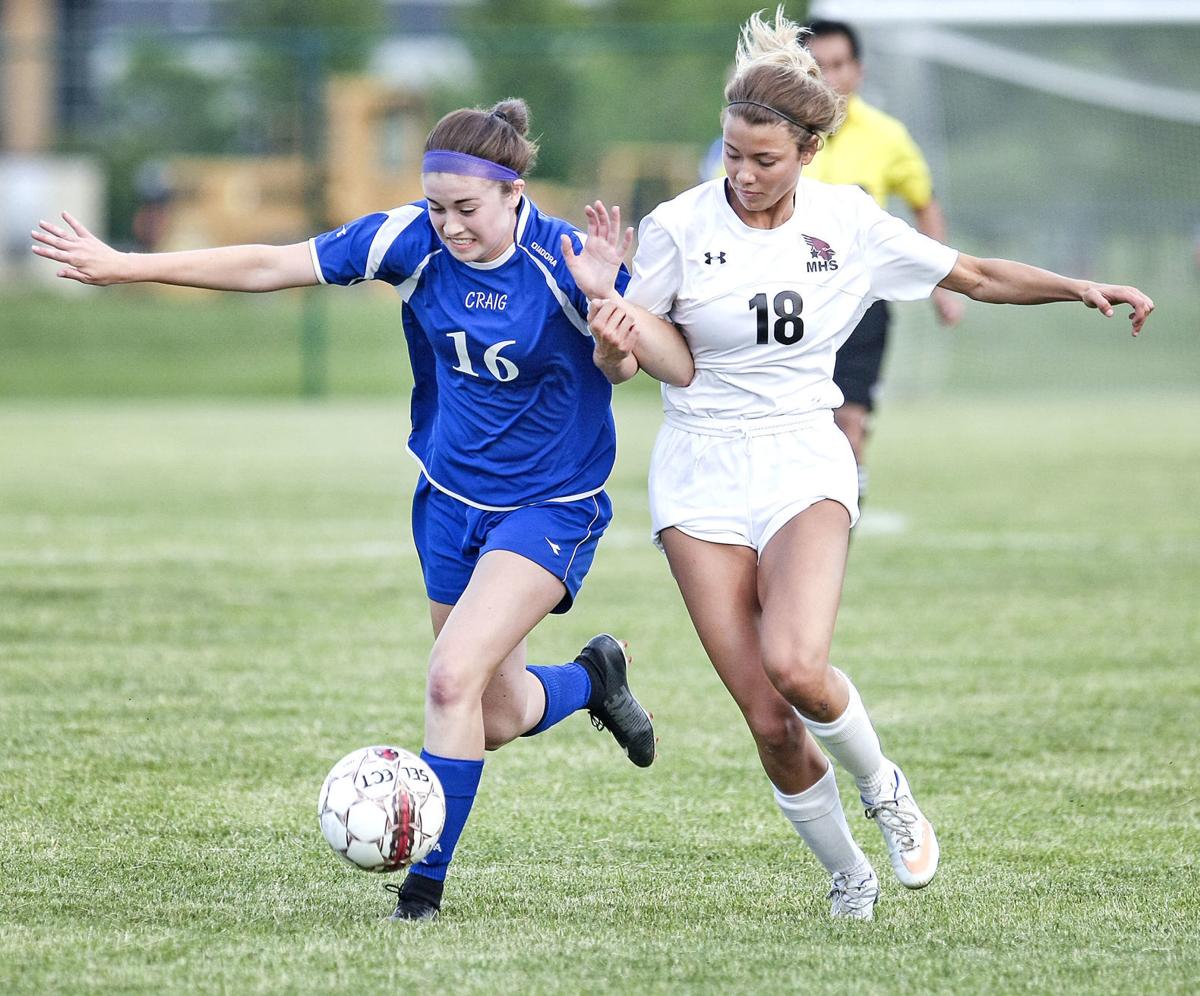 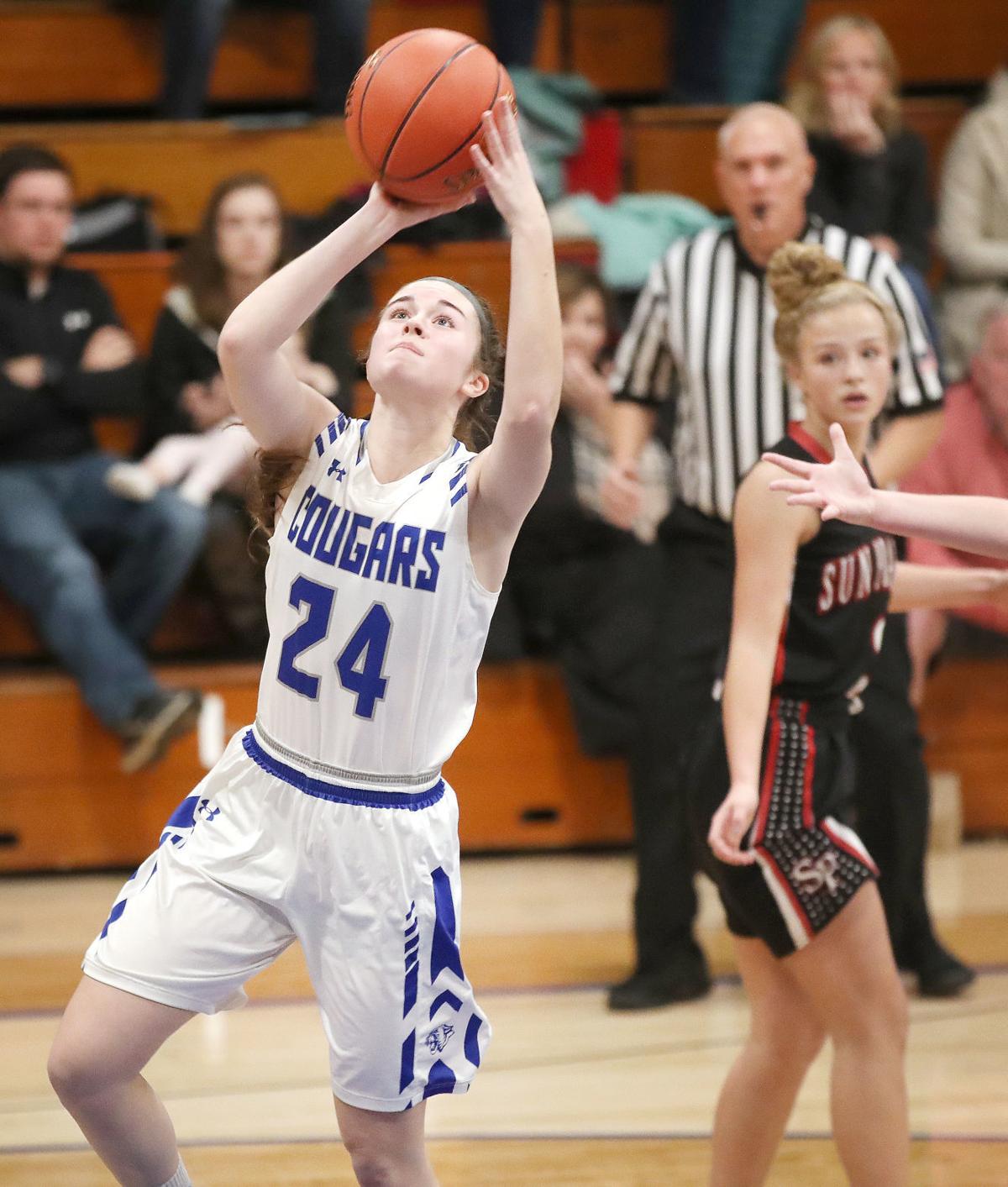 Janesville Craig's Hannah Dunlavy scores on the open layup during the first half of their home game against Sun Prairie on Friday, Dec. 13. 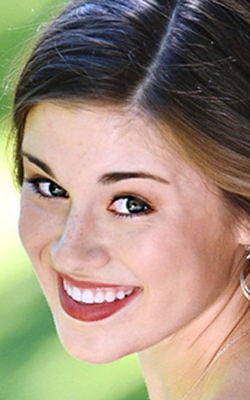 Janesville Craig High senior Hannah Dunlavy is a girls soccer standout who will attend Division II Winona State in Minnesota and play soccer there. She was also a multi-letter winner in girls basketball for the Cougars.

Janesville Craig's Hannah Dunlavy scores on the open layup during the first half of their home game against Sun Prairie on Friday, Dec. 13.

It is not that Hannah Dunlavy necessarily dislikes opposing strikers.

She simply hates the idea of them scoring goals.

Dunlavy, a senior center back on Janesville Craig’s girls soccer team, has not had a lot to take personally over the past two seasons. The Cougars allowed 31 goals in their past 37 matches in that stretch, and seven of those 31 goals were scored in a pair of losses last season. Toss those two matches out, and Craig allowed 0.69 goals per match during the past two years.

Dunlavy, who signed a letter of intent to play Division II college soccer for Winona State, would have once again been a key contributor for the Cougars.

With 19 returning players, they would have been a contender in the Big Eight Conference had the season not been canceled due to the coronavirus pandemic.

“We’d been trying to get a good team morale going and were really excited because we’d been playing together for 10 years,” Dunlavy said. “This was supposed to be our last ride.”

There is a good chance that ride would have included a few irritated opposing forwards who struggled to solve Dunlavy and a strong Cougars back line.

“She could stay with the fastest girls we’ve ever played,” Craig coach Bill McCabe said. “She was able to shut players down, and not just with her speed but the way she could use her body to get between her player and the ball. She’s got an uncanny way of doing that at this age.

“Hannah understood the game and was the voice back there people listened to. They respected her.”

Some of those qualities were fostered from participating in sports at a young age. Dunlavy said her parents, Scott and Tammy, had her try a wide variety of activities at a young age.

Hannah stuck it out with basketball, where she was an honorable mention all-Big Eight Conference selection for a Cougars team that reached the sectional semifinals this winter. Not surprisingly, she was often asked to guard an opposing team’s top offensive threat on the hardwood, as well as the soccer pitch.

But her passion has been soccer and stifling opposing offenses.

“I loved everything about soccer, and I was good at it and wanted to be as good as I could be,” Dunlavy said. “I loved the team, the traveling, being outside. I just love soccer.”

Her long-distance pass off a free kick was the assist on the Cougars’ lone goal, scored by Kaitlyn Shanks.

“We played out of our minds that game,” Dunlavy said. “It was one of the first moment we all realized we could do whatever we set our minds to. We all worked as a unit and supported each other and it paid off.”

McCabe praised Dunlavy’s ability to see the field and the game unfolding in front of her for the success in those kinds of key moments.

And that is likely something the Winona State coaching staff has seen. Dunlavy said she will likely be playing as a center midfielder at the next level.

The Cougars wound up losing a double-overtime heartbreaker to Kettle Moraine in a sectional final in 2018.

They were unable to recreate the postseason magic a year ago, but expectations were once again high this spring.

“I think a lot of us kind of realized this was it,” Dunlavy said. “We would have definitely had better team chemistry this year. We were ready to leave it all out there.”

That might have meant bad news for Craig’s opponents, especially with Dunlavy ready to shut down offensive foes.