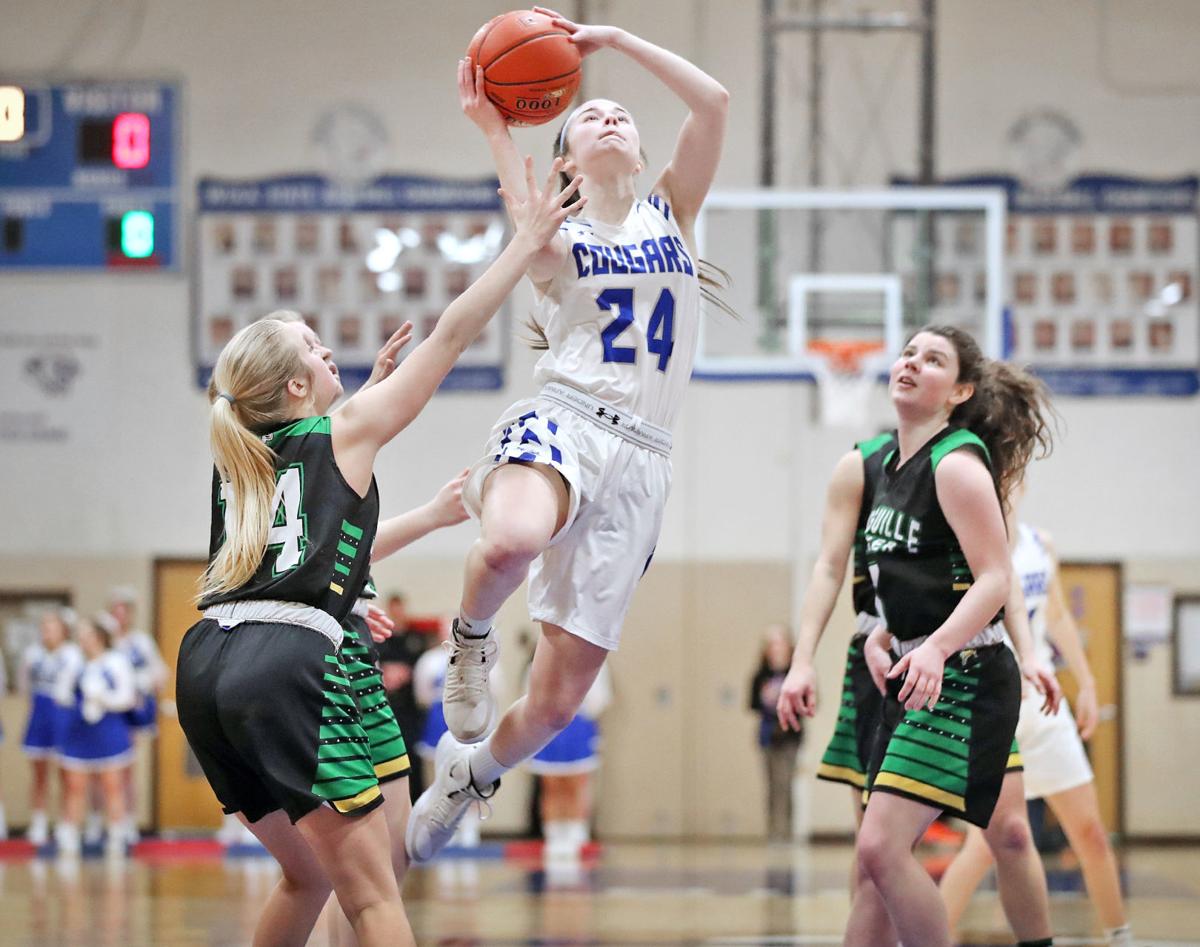 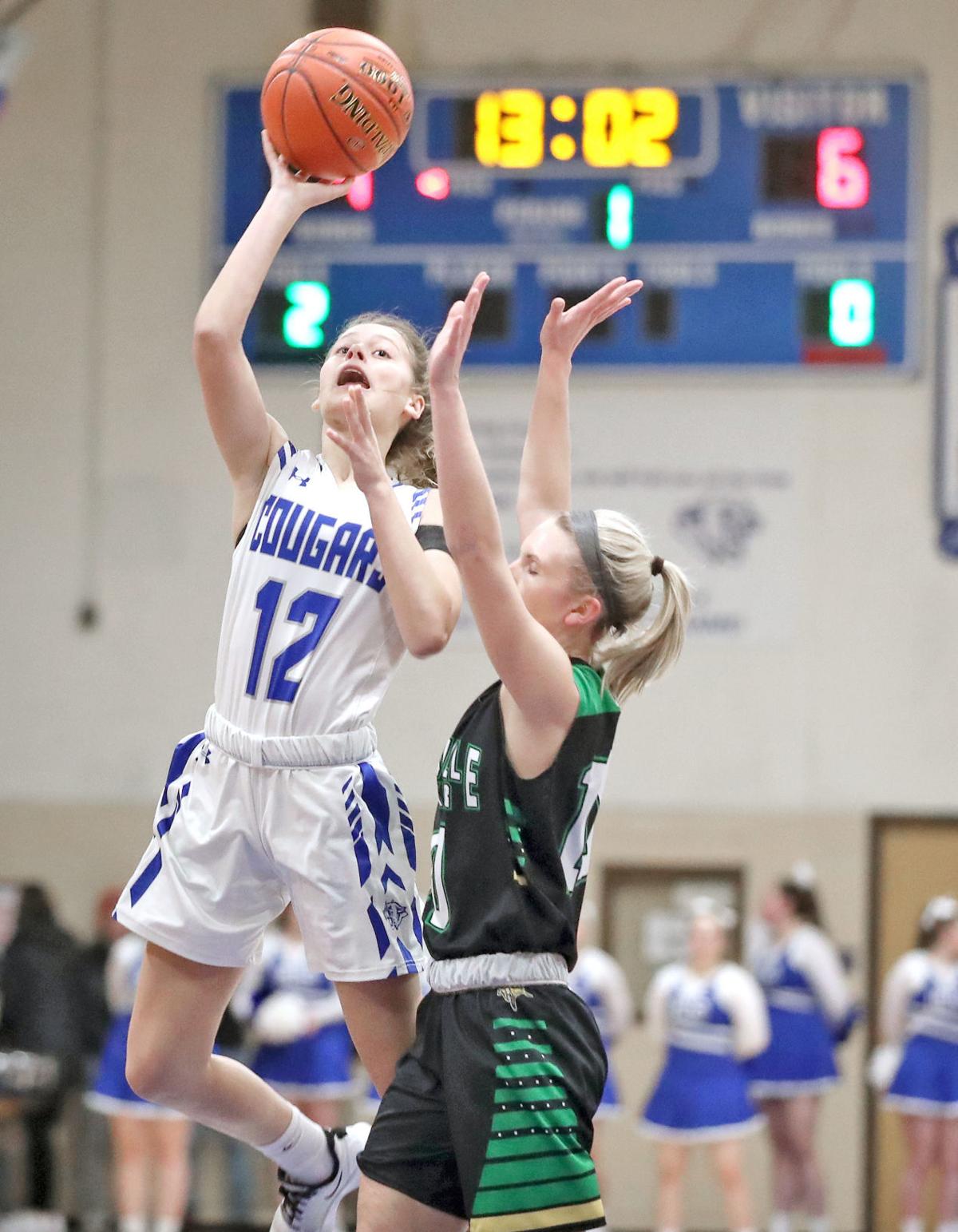 In the first crosstown rivalry girls basketball game this season, Janesville Craig piled up free points on breakaway layups and cruised to a 21-point victory.

In Thursday's rematch, Janesville Parker made sure nothing came easy for the Cougars.

Craig struggled to find its shooting form and the Vikings led with eight minutes left. But the Cougars found a way to make enough plays down the stretch to squeak out a 43-37 victory in a Big Eight Conference game on Bob Suter Court.

"We knew our shots weren't falling as much as we wanted them to, so our main focus was to play better as a team on defense and keep them from scoring," said Craig senior Sarah Gregg, who scored eight of her 11 points in the second half and was a difference-maker as a rebounder. "It was a little nerve-racking, but I think we knew we would come together and pull it out."

The teams were within one possession of each other for nearly the entire first half, but the second half was a game of runs.

"I was proud of the composure we played with; we played hard and played to win," Vikings coach Jennah Hartwig said. "Defensively, we made them work.

"In the second half, we might have got a little fatigued ... and that allowed them to get some second-chance baskets."

Out of a timeout, Craig sophomore Jessa Alderman's bank shot with 7:37 left gave her team the lead for good. Sophomore Kate Huml followed with a steal and three-point play before junior Claudia Fieiras drove for back-to-back buckets and a 39-34 lead with 4:30 to play.

"During practice, we do a lot of rebounding drills, and (head coach Kerry Storbakken) and (assistant coach Alison Hughes) always say to crash the boards," Gregg said, "and that it doesn't matter how big you are, if you're running in there, you can get every rebound."

Parker sophomore Abby Blum answered with a 3-pointer from the corner that made it 41-37 with 2:34 to play. But Parker did not score the rest of the way.

"Some of these Parker/Craig games, and I've been through a lot of them, you've just got to grind it out," Storbakken said. "We didn't shoot well, but defensively we found a way to do just enough and get it done."

The Cougars worked the clock, and Parker missed a good look at a 3-pointer that would have cut the deficit to one point with under a minute left.

Gregg then all but iced the game with a pair of free throws with 40.2 seconds left.

"The last two games, Sarah has played at a really high level," Storbakken said. "To give us 11 points is great, but she gives us so many hustle points--rebounds, offensive rebounds, she just comes away dribbling the ball.

"And I thought Hannah Dunlavy on Tina Shelton (five points) and Jessa Alderman on Jasmyn Demrow-Calvin (four points) really did a good job defensively. Hannah and Jessa didn't score a lot of points, but they subtracted points from Parker with their defense."

Parker was led by Booth and Blum, who scored nine points apiece.

Hindering the Vikings' upset bid were 16 turnovers and a 1-for-9 night from the free-throw line.

"We had been shooting free throws extremely well as a team but really struggled tonight," Hartwig said. "That and giving up the offensive rebounds in the second half was probably the big difference. But I thought we battled.

"We've improved a ton from where we were. Craig has been competing right with the best teams in the conference, so that should tell us how we can do in the second half of the (league) season."