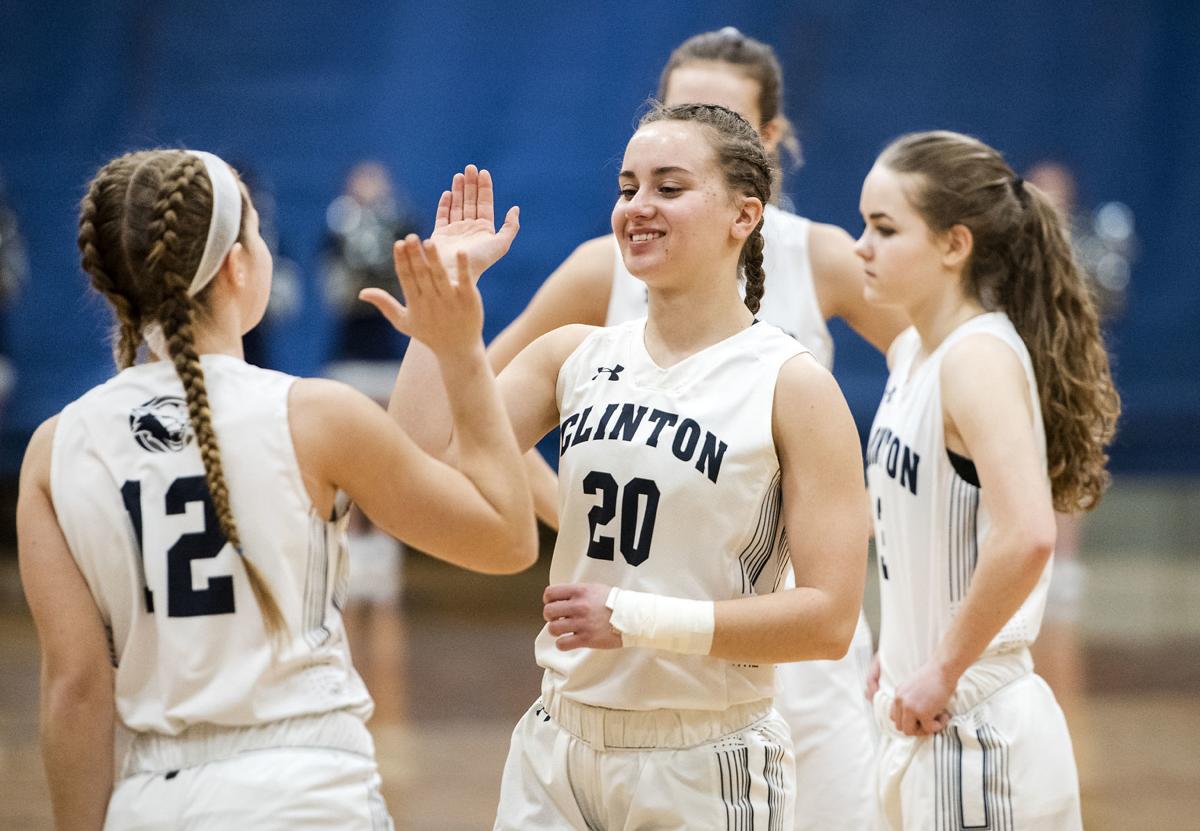 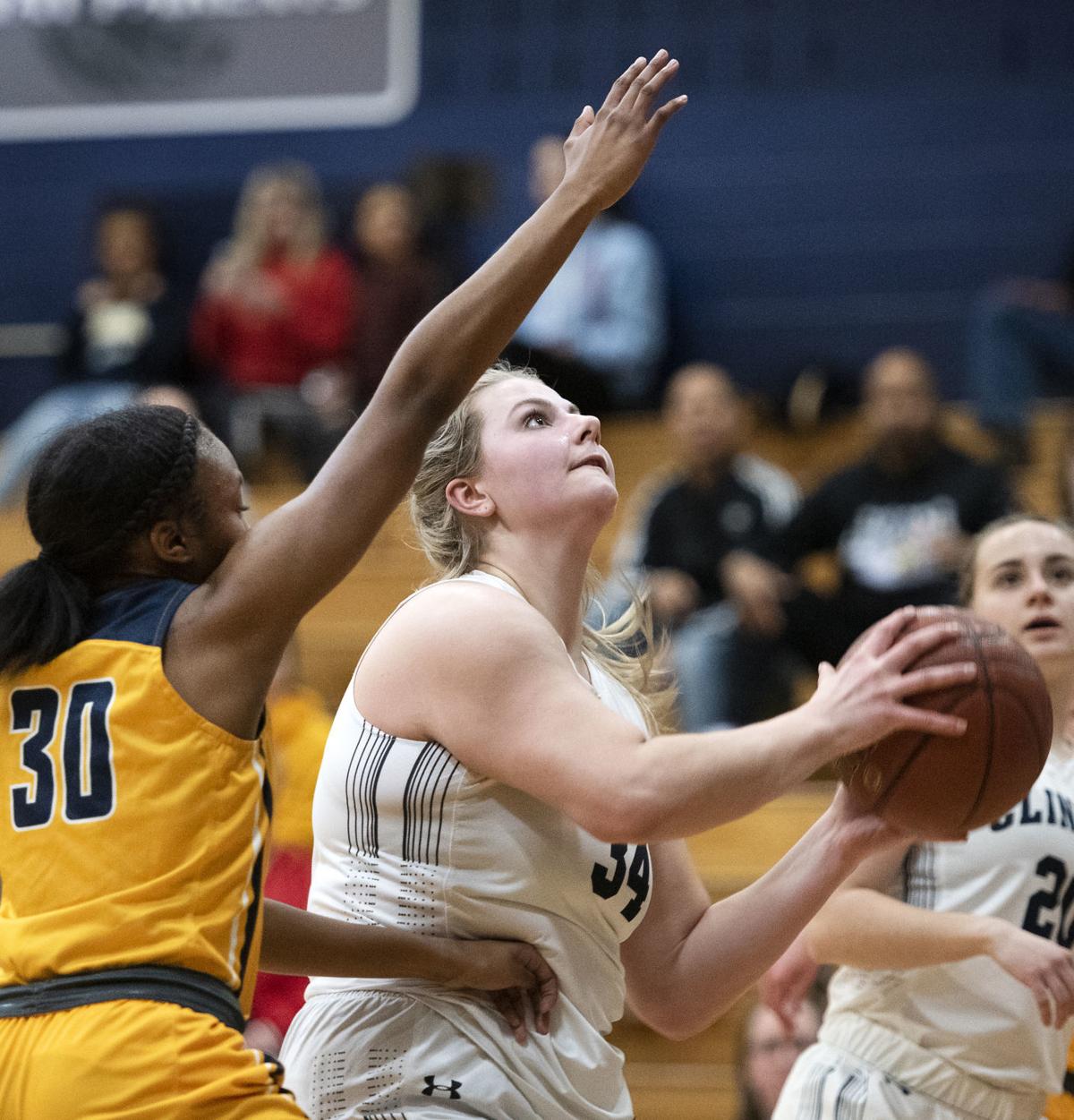 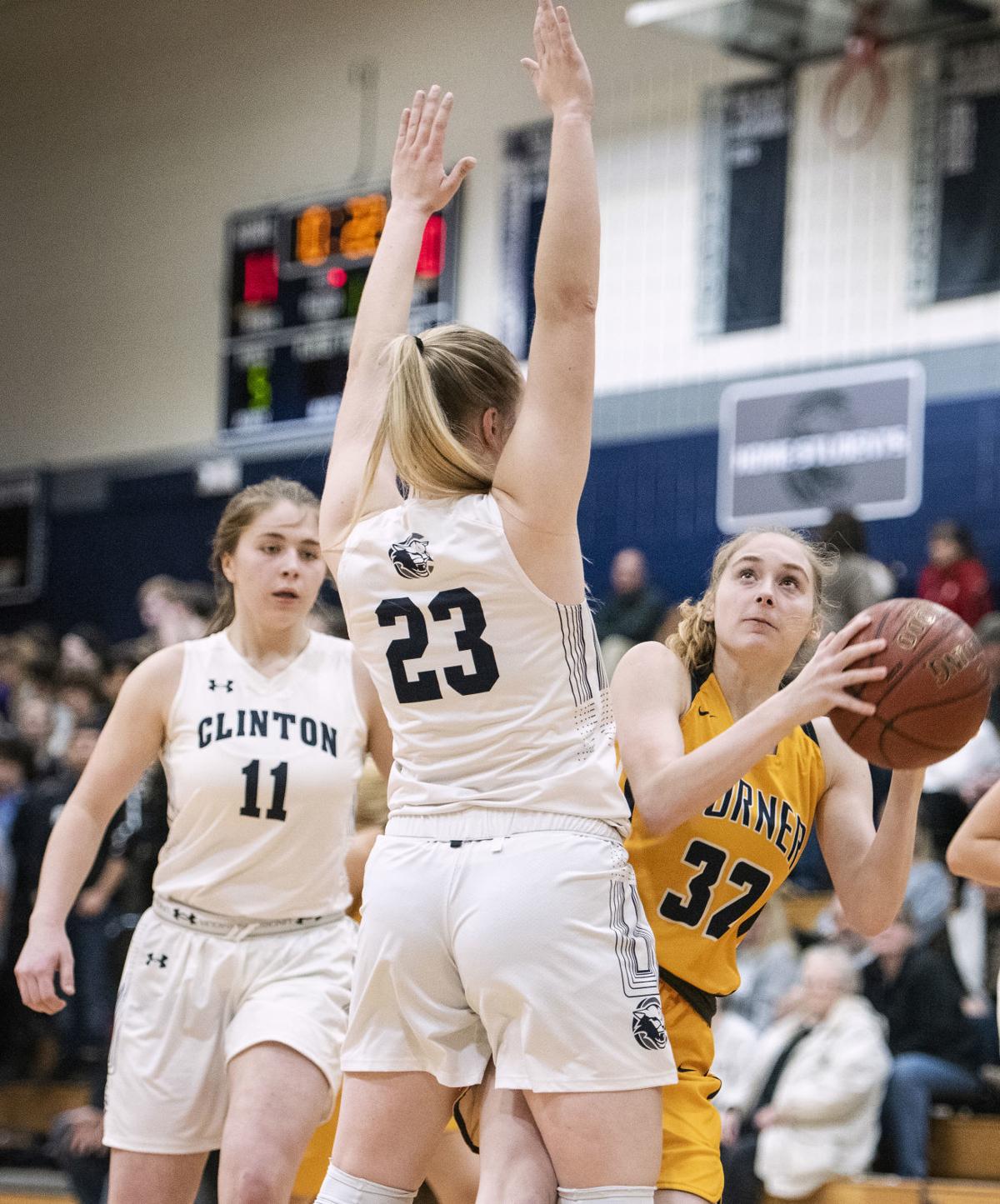 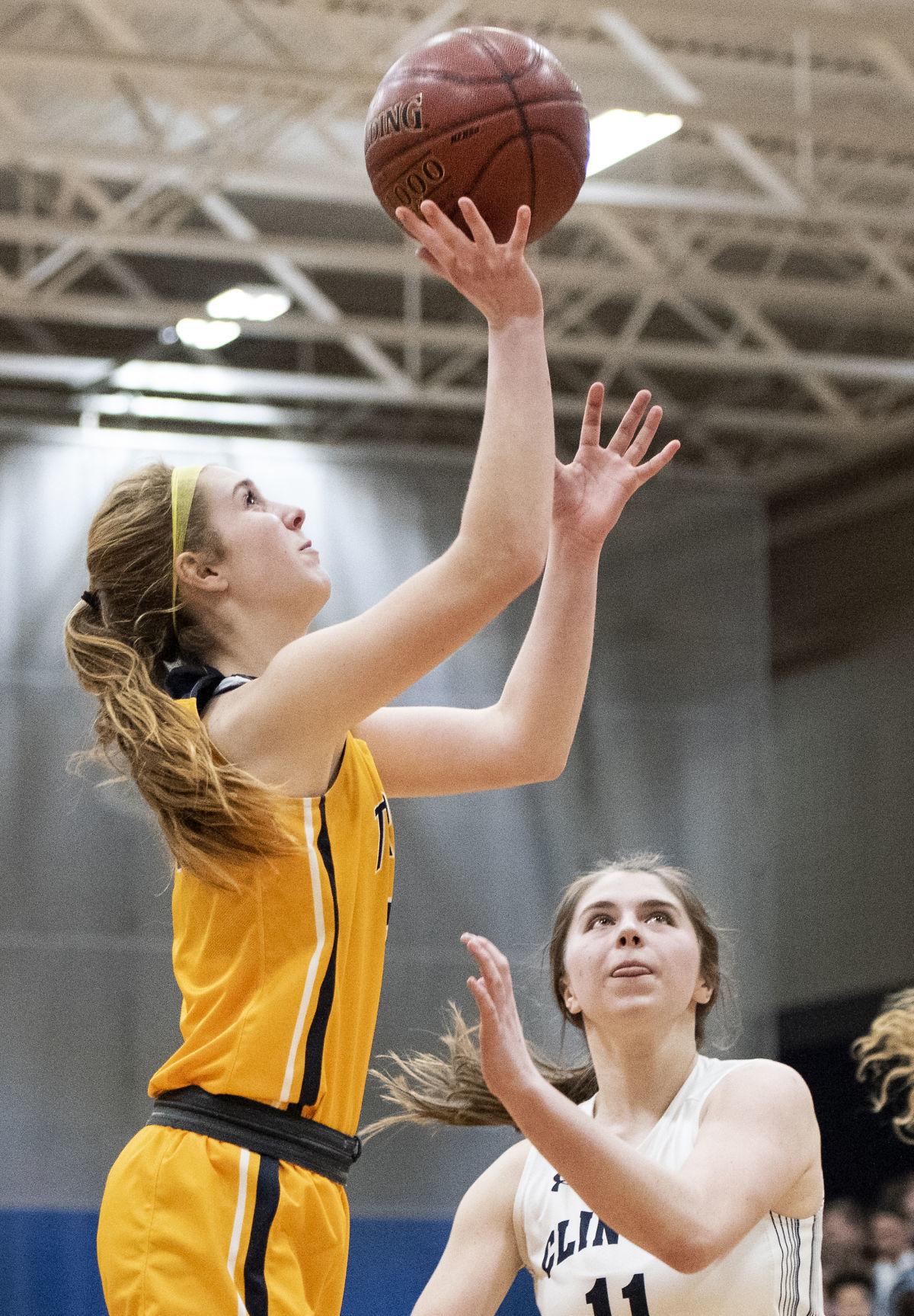 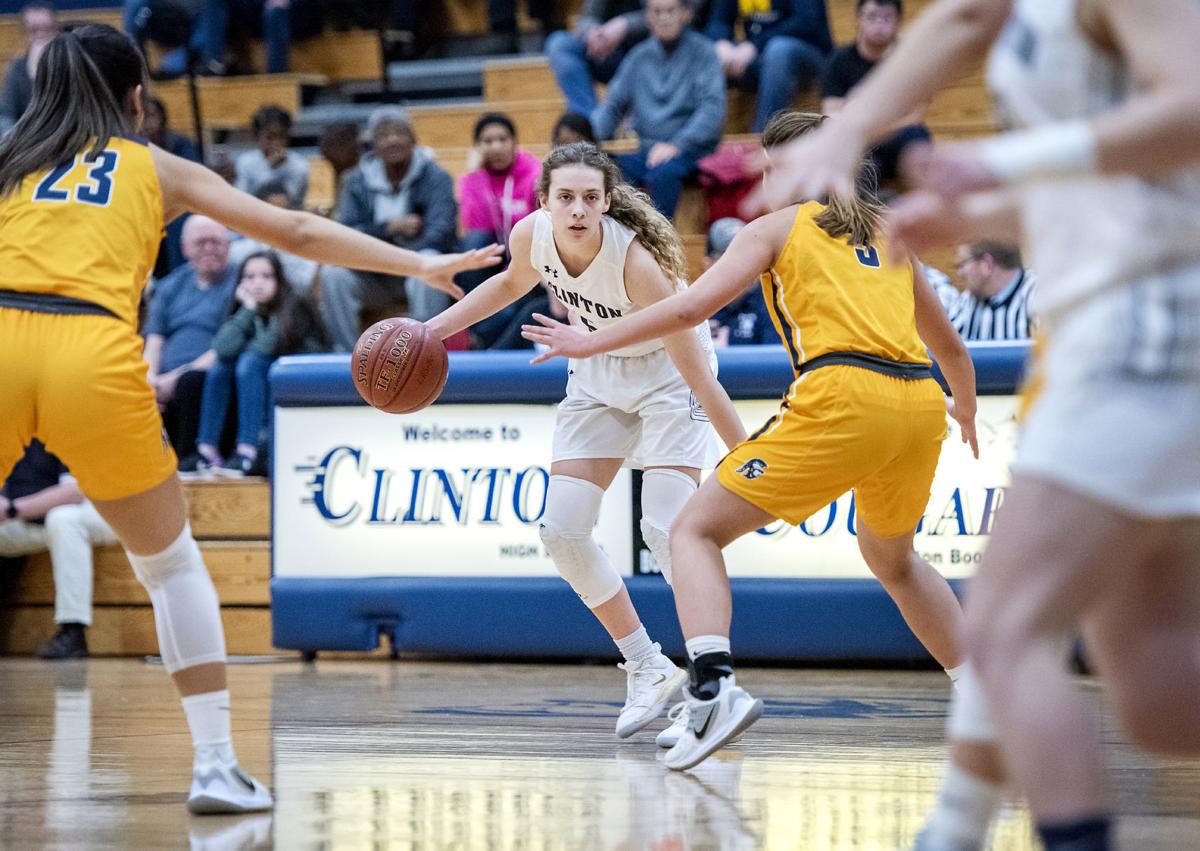 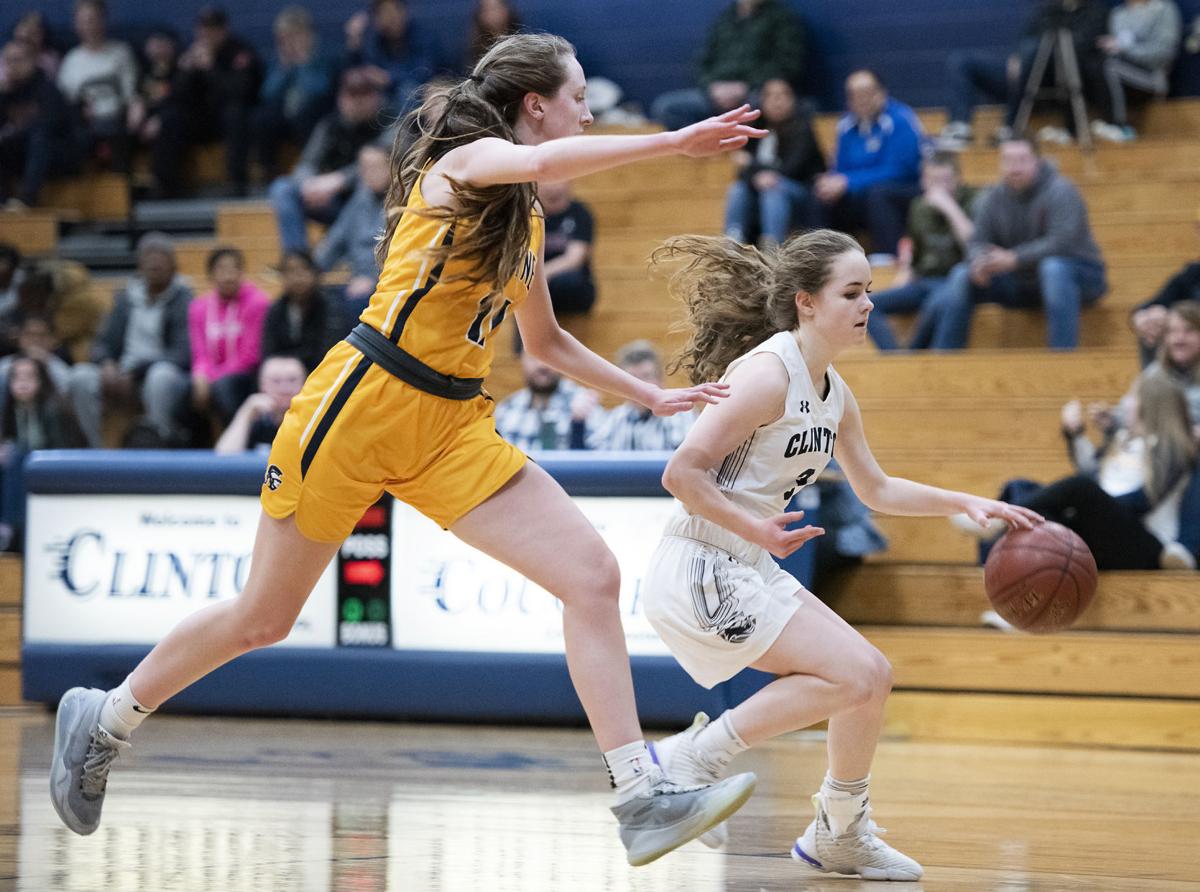 Try as they might, the Turner girls basketball team simply could not get over the hump Tuesday night in Clinton.

The second half of the game between the two rival squads played out as a mini Groundhog Day: Each time the Cougars threatened to run away with the game, the Trojans made a big bucket to reel them back.

In the end, the Cougars’ arms proved strong enough to stave off one final rally and finish off a critical 58-48 win over Turner.

The victory kept Clinton in solid position, holding down sole possession of second place in the Rock Valley Conference with a 10-4 record.

Clinton coach Kim Ciochon said the team responded well after suffering a potentially demoralizing loss to Jefferson in which it shot under 20 percent from the field.

“The locker room just felt different before the game,” Ciochon said. “I think we came out and played with a lot of confidence and energy. We met earlier in the week and set some new team goals after the Jefferson loss, and we had a really good practice, and I think we are in a good head space right now.”

The Cougars relied on junior forward Olivia Roehl and sophomore guard Elli Teubert to carry the scoring load. Roehl, who has been a threat for the Cougars for the last two seasons, finished with 21 points.

It was a breakout game for Teubert, who finished with 14 points and seven rebounds, a significant number especially considering she was the smallest player on the floor for much of the game.

“Ellie did a great job tonight,” Ciochon said. “The thing about her is she always keeps her composure, no matter what happens. She’s able to score inside despite her size.”

The Trojans were led by junior Olivia Tinder, who had to work for every one of her 21 points. Long-range threat Jennifer Njoo was only able to play limited minutes due to an illness and finished with three points.

While Turner coach Nick Faralli recognized his team’s offensive limitations, he said the real struggle came on the boards.

“We really struggled on the defensive glass,” Faralli said. “I thought Clinton played harder than us on that end. I thought we did an OK job in the half court with them taking some shots we wanted them to take. But time and time again we allowed second-chance opportunities.”

The game was tied at 20-20 with 15 seconds left in the first half when Teubert nailed a 3-pointer. When Turner was called for a foul on the rebound at the other end of the floor with 0.7 seconds left, Ellie’s sister, Felicia, stepped up to the line and nailed both ends of the one-and-one to make it 25-20, a momentum swing Faralli called “huge.”

The Cougars slowly extended the lead in the second half, and their advantage hovered between seven and 11 points until the 2:15 mark, when a Tinder 3-pointer cut the lead to 49-44.

But the Cougars hung on from there.

Clinton will play at Big Foot on Friday, while the Trojans host McFarland.