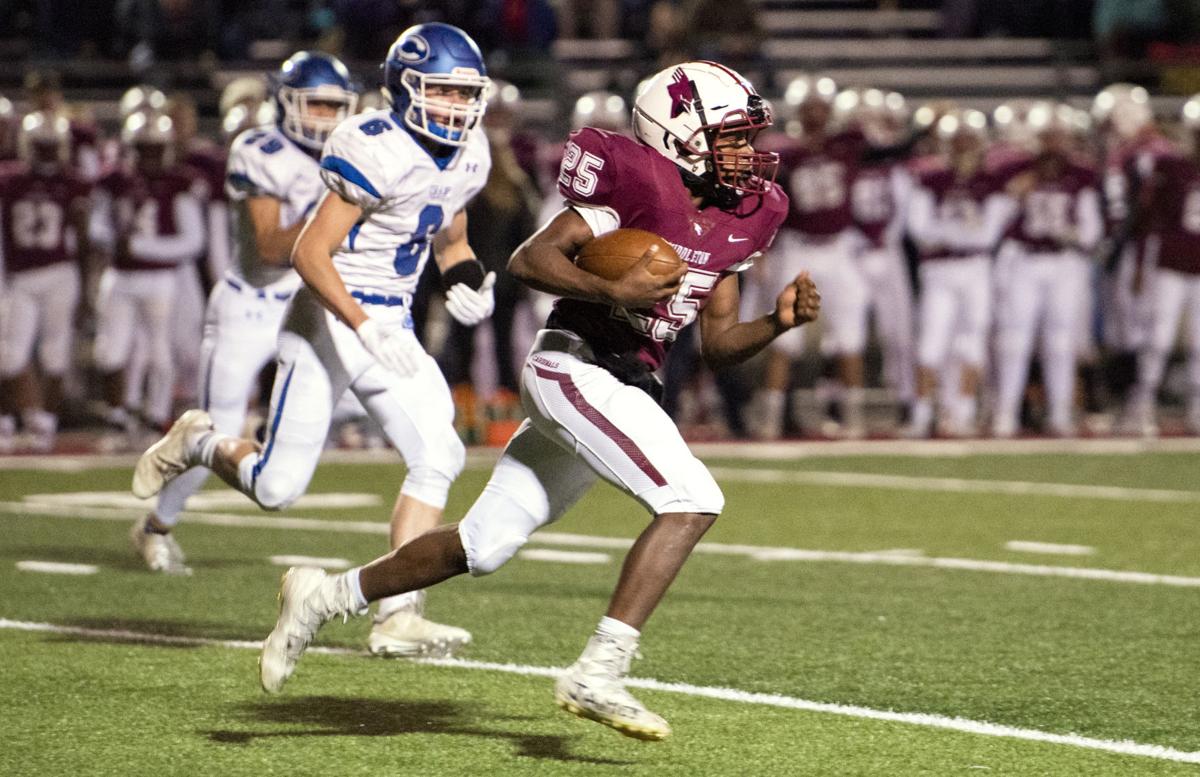 Middleton’s Kallion Buckner (25), center, speeds past Craig defenders before a long run that set Middleton up for a touchdown Friday, September 28, 2018, at Middleton High School. 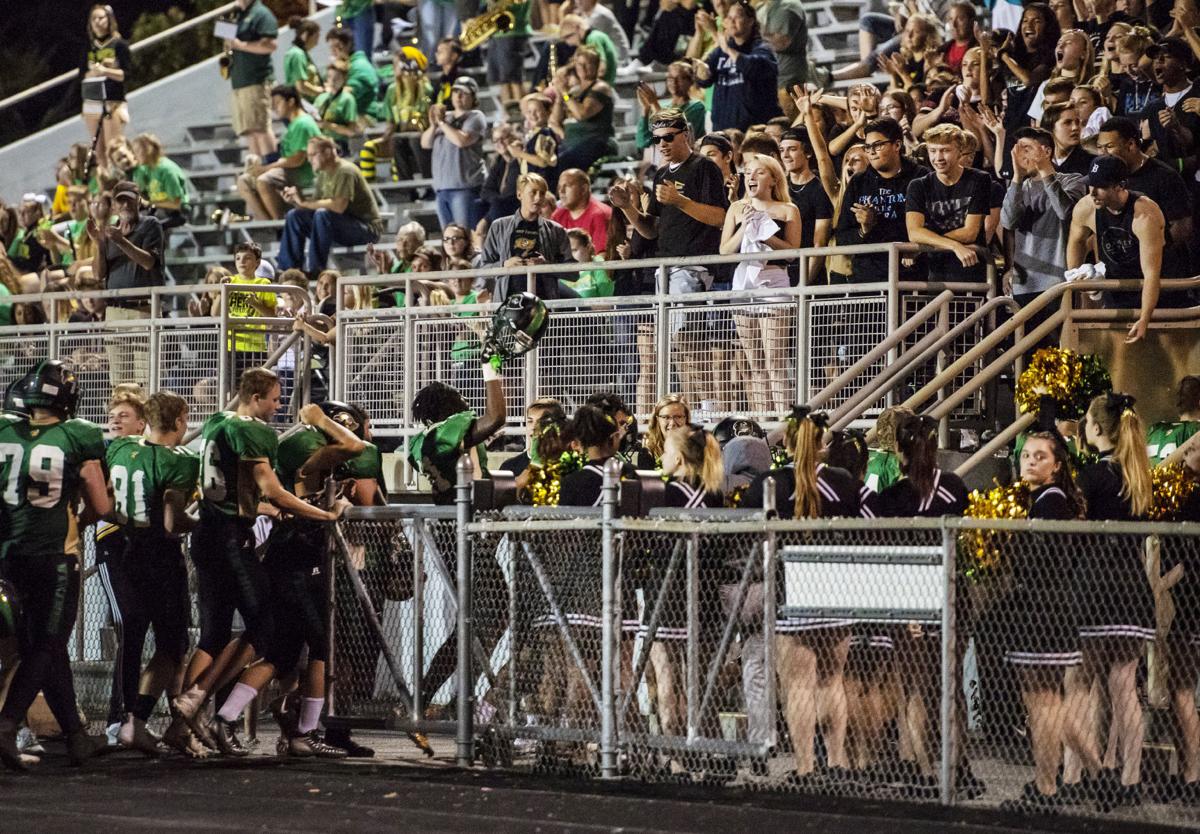 Parker fans cheer as the Vikings enter the locker room after the first half of their game against Madison East on Friday, September 14, 2018, at Monterey Stadium in Janesville. Vikings were ahead 14-6 at the half. 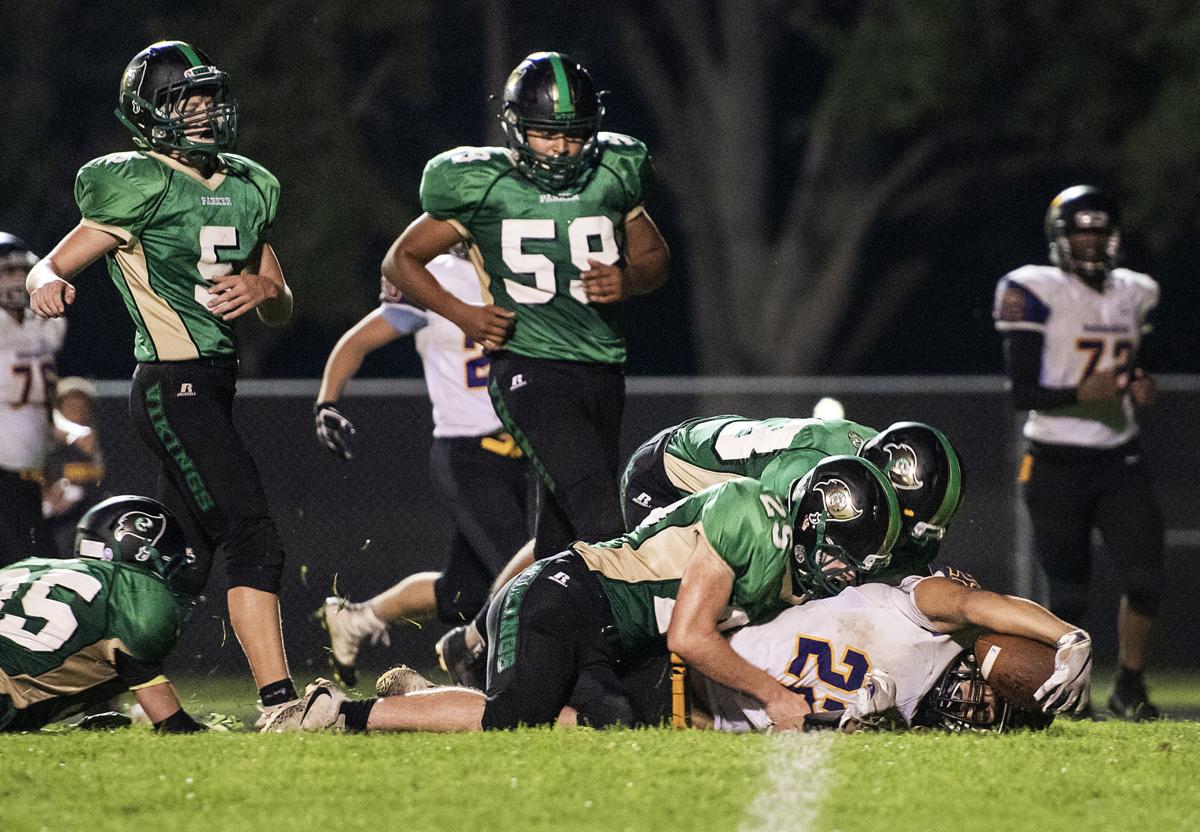 Middleton’s Kallion Buckner (25), center, speeds past Craig defenders before a long run that set Middleton up for a touchdown Friday, September 28, 2018, at Middleton High School.

Parker fans cheer as the Vikings enter the locker room after the first half of their game against Madison East on Friday, September 14, 2018, at Monterey Stadium in Janesville. Vikings were ahead 14-6 at the half.

If the thought of a Janesville football team not playing in the Big Eight Conference still sounds weird to you, you’re not alone.

“I hate it,” Parker football coach Clayton Kreger said. “It will be weird. I mean, I don’t care who we play. But having gone to school here, those are your rivals. You want to play Sun Prairie and Middleton.”

Instead, Parker and Craig fans will get an intriguing new rivalry with Milton while getting used to road trips to places like Beaver Dam, DeForest and Waunakee.

But Janesville fans certainly are not alone.

While the Wisconsin Football Coaches Association prided itself on keeping the percentage of teams changing conferences as low as possible in its 2020 conference realignment plan eventually adopted by the WIAA, our area conference landscape will be vastly changed when our preview section hits newsstands a year from now.

Outside of the Southern Lakes Conference, pretty much all of our area teams either head to new conferences or—in the case of the Rock Valley—stay in a league that has received at least a 25 percent overhaul.

Here is what that new local football landscape will look like, with our area teams listed first:

Frankly, that all feels a little daunting.

But from the WFCA’s directives, it all makes sense.

That every conference across the state will have seven or eight teams is a vast improvement when it comes to bringing uniformity to the playoff qualification process. No longer can one team go 3-2 in its small conference and get in the postseason while a 3-4 or 4-5 team—perhaps with a better overall record—in a larger conference be left out.

And, while no realignment will ever be perfect, the plan did well to place like-sized schools together.

In fact, Craig and Parker might be the biggest beneficiaries of the new plan, if you’re basing things strictly on enrollment. Craig (1,865) will easily be the largest school in the new Badger Large, while Parker (1,517) is second. Watertown (1,279) is third.

We can break down exactly how everything is going to look at this time next year, when all the realignment is officially in place.

For now, grab your bleacher seat and enjoy one last ride with life as we know it.

It could be a while before you see the likes of Verona or Middleton down at Monterey Stadium again—as weird as that may seem.