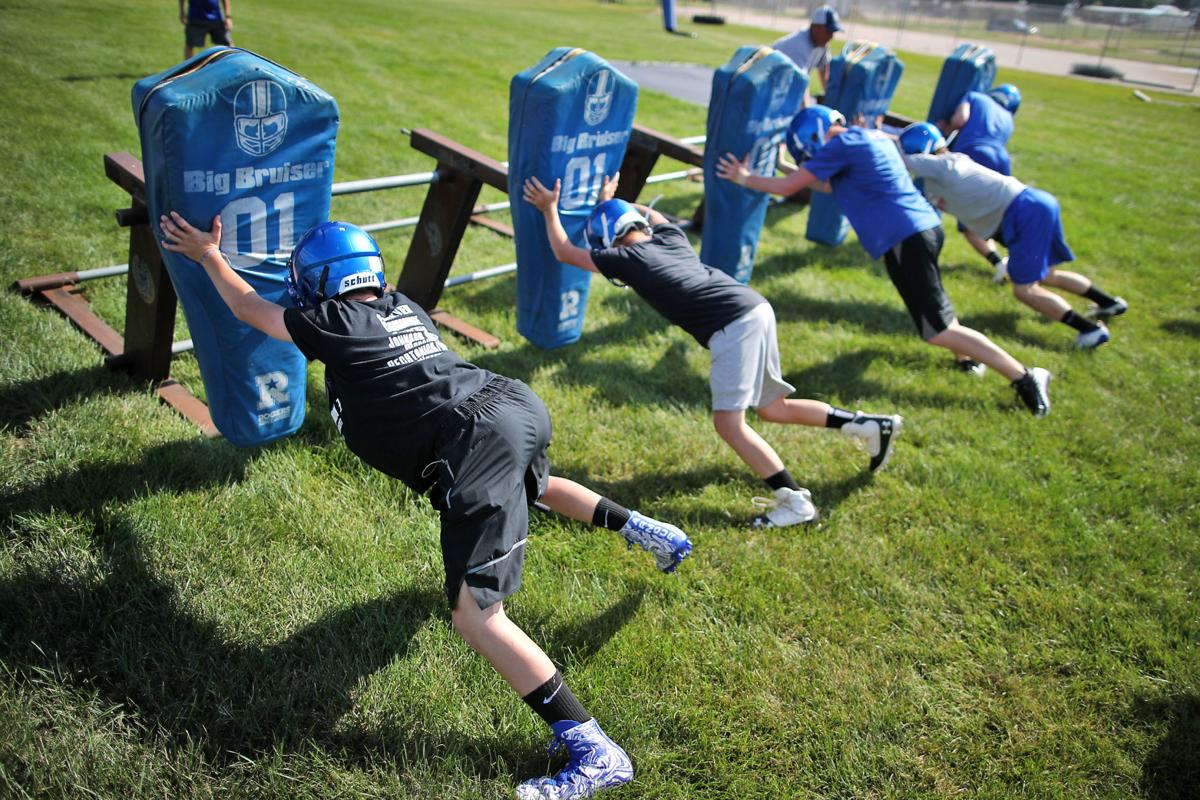 Members of Parkview/Albany's varsity football team go through a sled drill during an afternoon practice on Wednesday, Aug. 7. 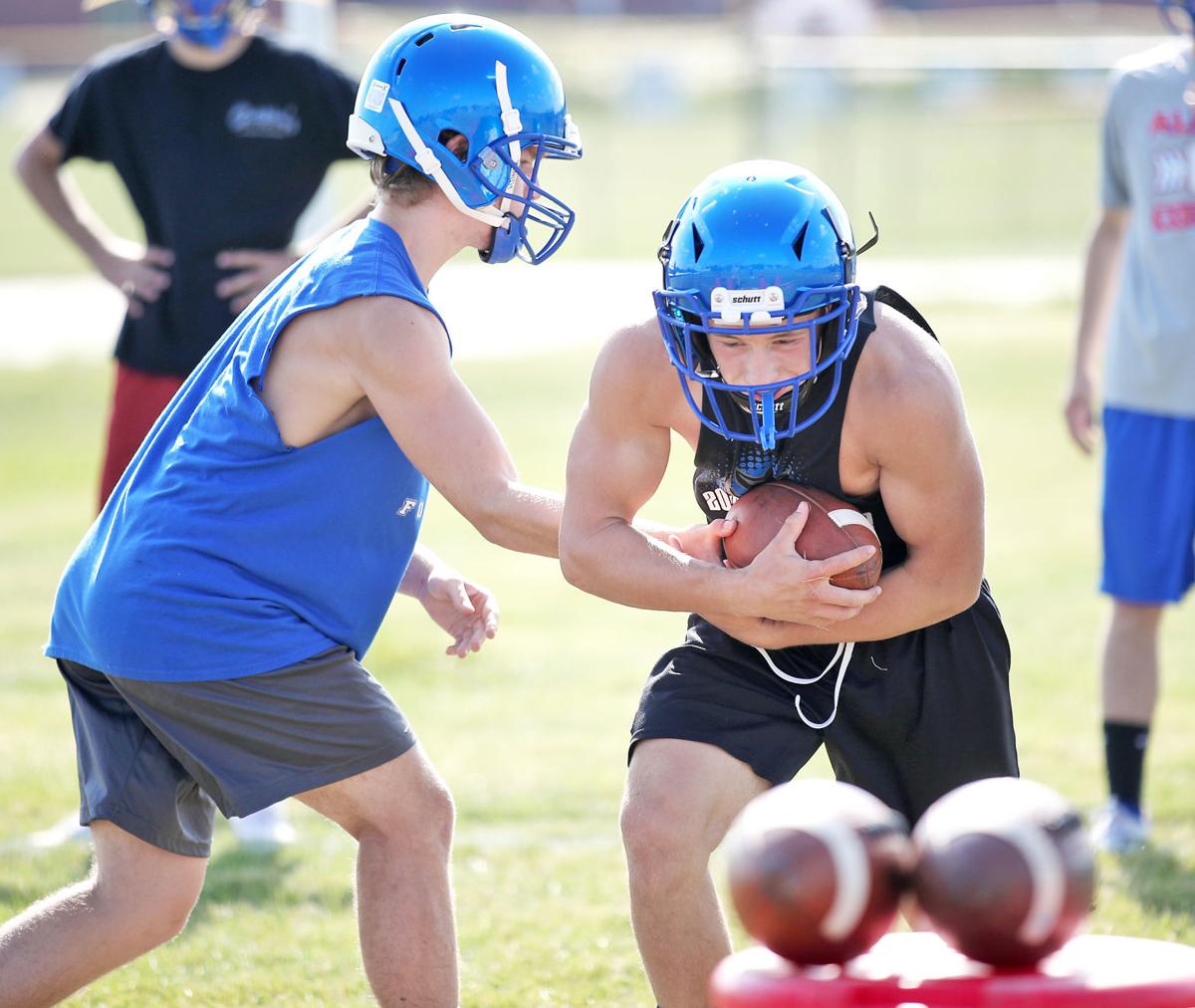 Charlie Vogt hands the ball off to Korbin Brown during an evening practice for Parkview/Albany's varsity football team on Wednesday, Aug. 7. 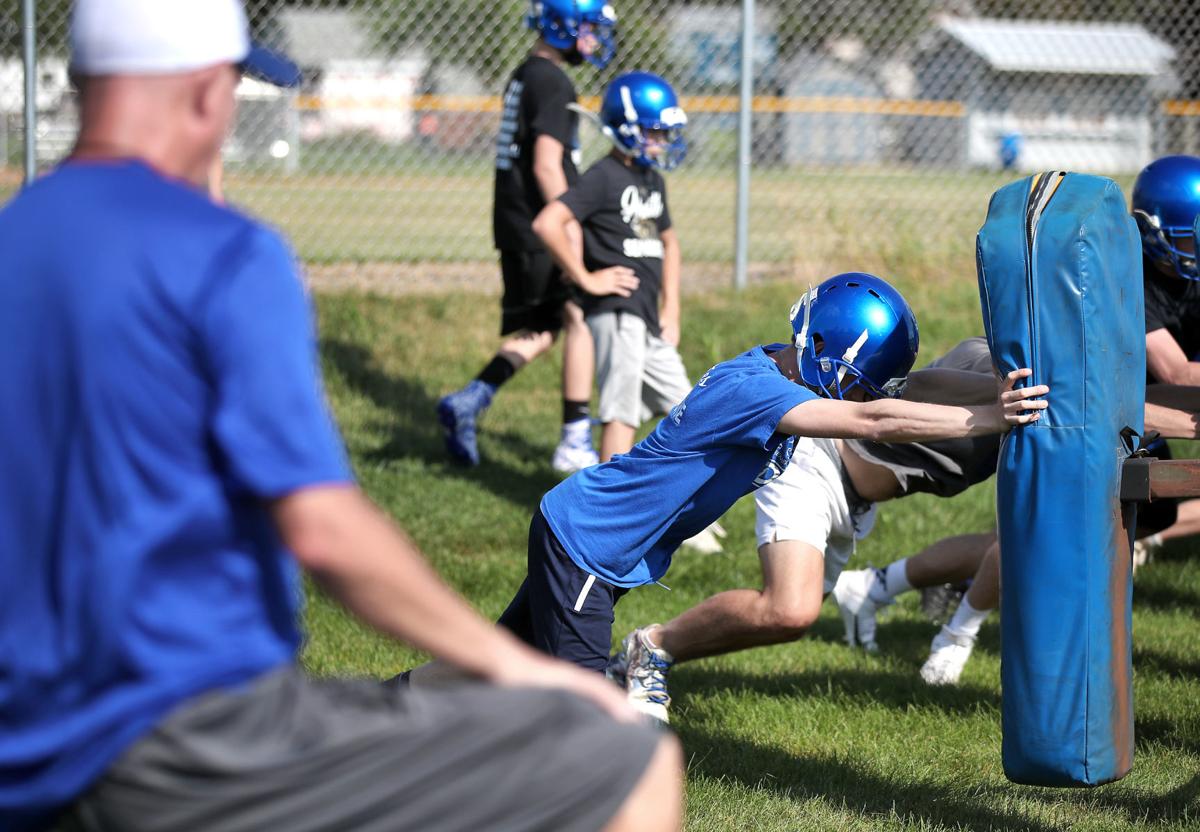 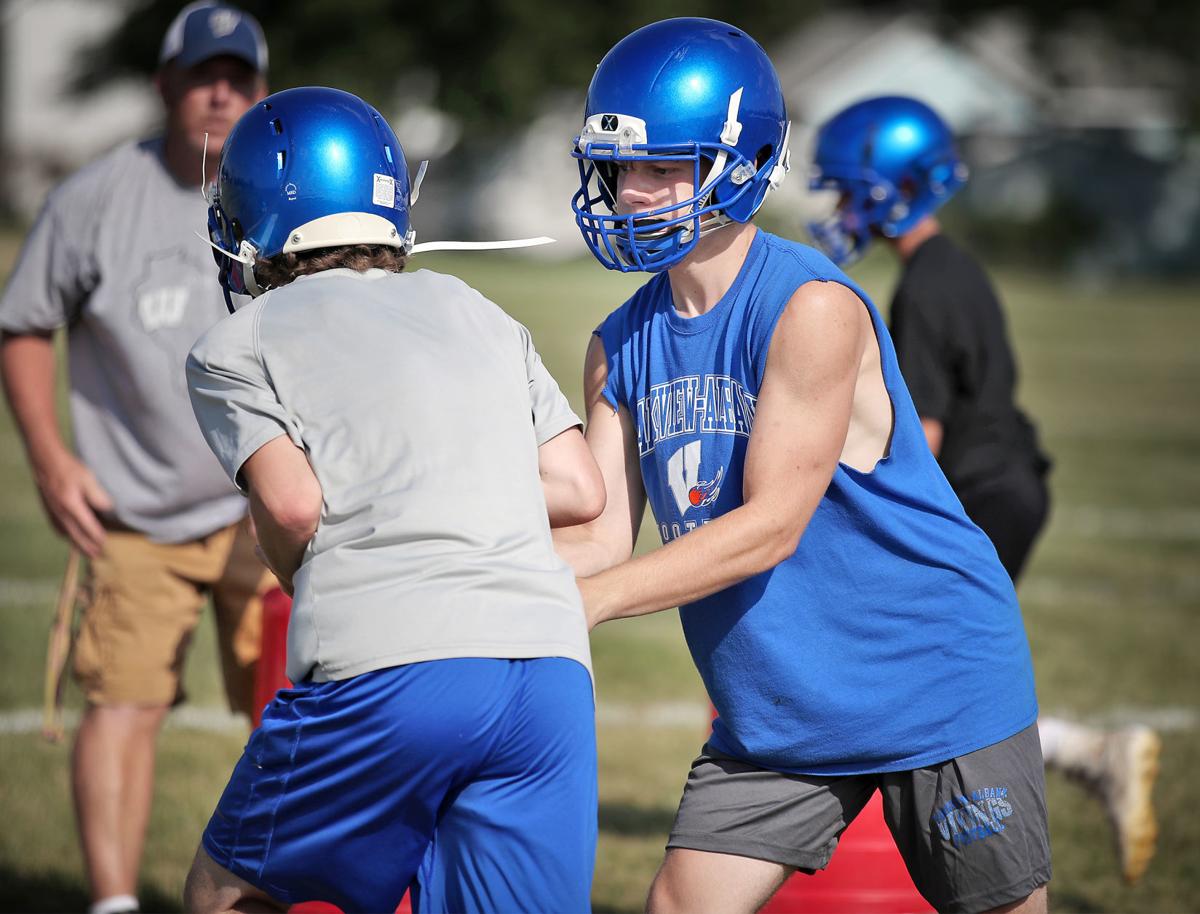 Charlie Vogt hands the ball off to a teammate during an evening practice for Parkview/Albany's varsity football team on Wednesday, Aug. 7.

Members of Parkview/Albany's varsity football team go through a sled drill during an afternoon practice on Wednesday, Aug. 7.

Charlie Vogt hands the ball off to Korbin Brown during an evening practice for Parkview/Albany's varsity football team on Wednesday, Aug. 7.

Charlie Vogt hands the ball off to a teammate during an evening practice for Parkview/Albany's varsity football team on Wednesday, Aug. 7.

At a football powerhouse like Kimberly, six players might represent a tiny fraction of the overall roster.

But for the Parkview/Albany Vikings, six players means a good deal more.

“Our numbers are up and we’ve got some more size,” said Bob Meyers, the newly-formed co-op’s head coach. “We can do more 11-on-11 work that we haven’t been able to do for a few years.”

Now that players from Albany are in the fold, the Vikings have better depth—and they’re bigger, too. That should help Parkview/Albany climb out of the cellar in the Trailways Large Conference and improve on its 1-7 record from 2018.

“We just seem to have more of these taller, athletic kids,” Meyers said. “The six from Albany—they all look like a basketball team getting out of the van.”

The Vikings counted 29 players on their preliminary roster. Last season, they had 23 on varsity, though often played with fewer.

The Vikings allowed more than 45 points in seven of their eight games, losing six times by more than 30. They only scored 17 points per game—and that includes a 56-point outburst in their Week 9 win over Montello/Princeton/Green Lake.

So there is plenty of room for improvement on both sides of the ball.

Meyers is especially optimistic about his team’s defense, a 3-4 unit led by senior outside linebacker Nevin Crane and junior inside linebacker Luke Schwengels (55 tackles, 2 sacks in 2018). Senior Maverick Kundert, who missed the 2018 season with an ACL tear, bolsters the Vikings’ secondary.

“We didn’t graduate a lot of impact players defensively,” Meyers said. “We’ve added some size on the interior line and (won’t) have guys out there every down.

“Our defense is ahead of where we normally are. It’s up to the offense to catch up.”

This season, the offense won’t be able to lean on Brayden Tracy, who as a senior rushed for over 1,000 yards and 12 touchdowns in just six games. His speed and elusiveness will be tough to replicate.

Sophomore Charlie Vogt is the likely starter at quarterback, Meyers said, and brings good athleticism to the position. He averaged 5.6 yards per carry in limited action last season. Seniors Kundert and Zac Unseth will join Vogt in the backfield as running backs.

“He’s a pretty explosive kid,” Meyers said of the 5-foot-10, 155-pound Vogt. “In our offense, the quarterback is kind of another running back.”

The Vikings averaged less than 30 passing yards per game last season and again will look to pound the ball on the ground.

A beefier offensive line—and a deeper roster—makes that endeavor easier.