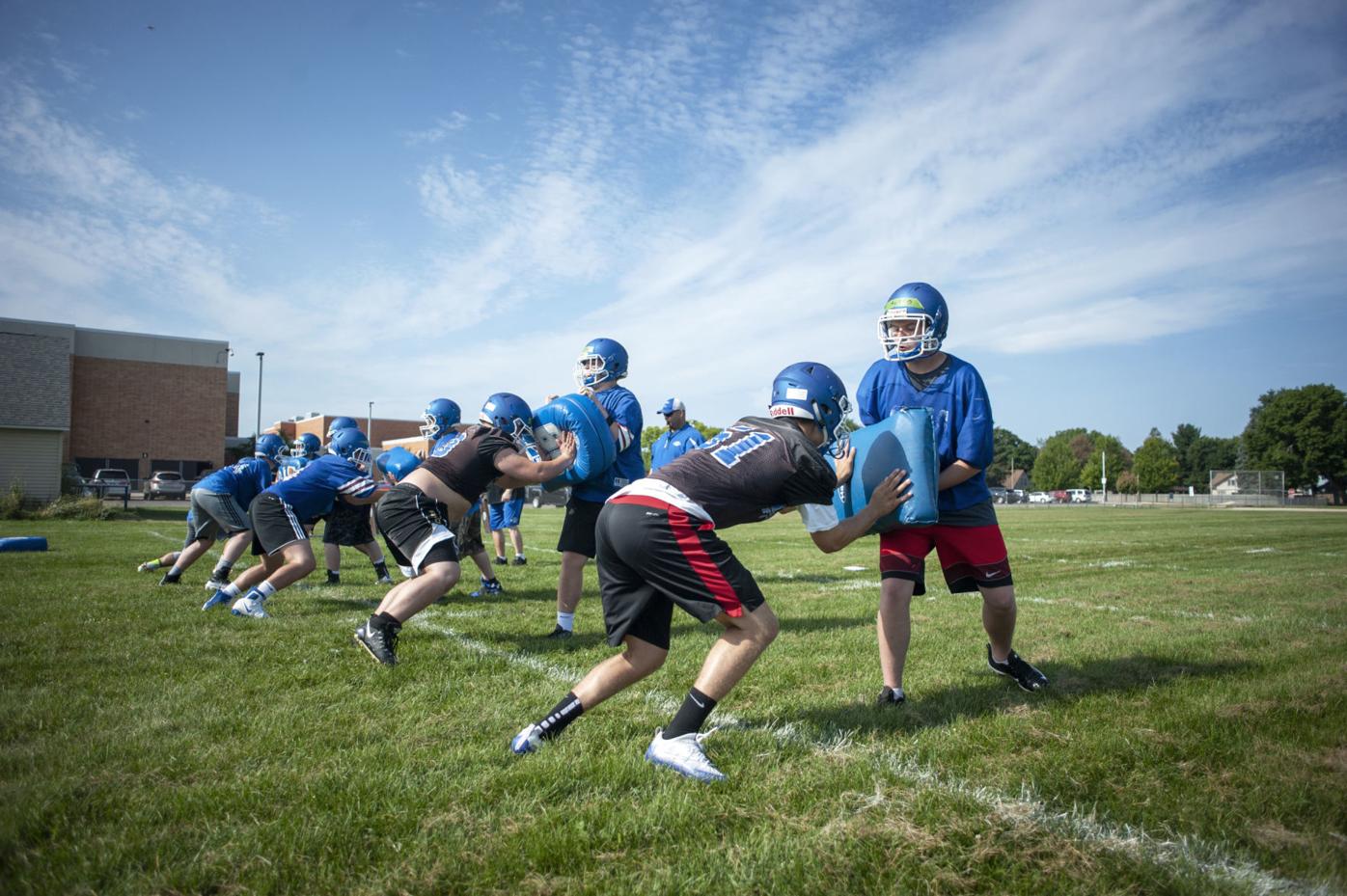 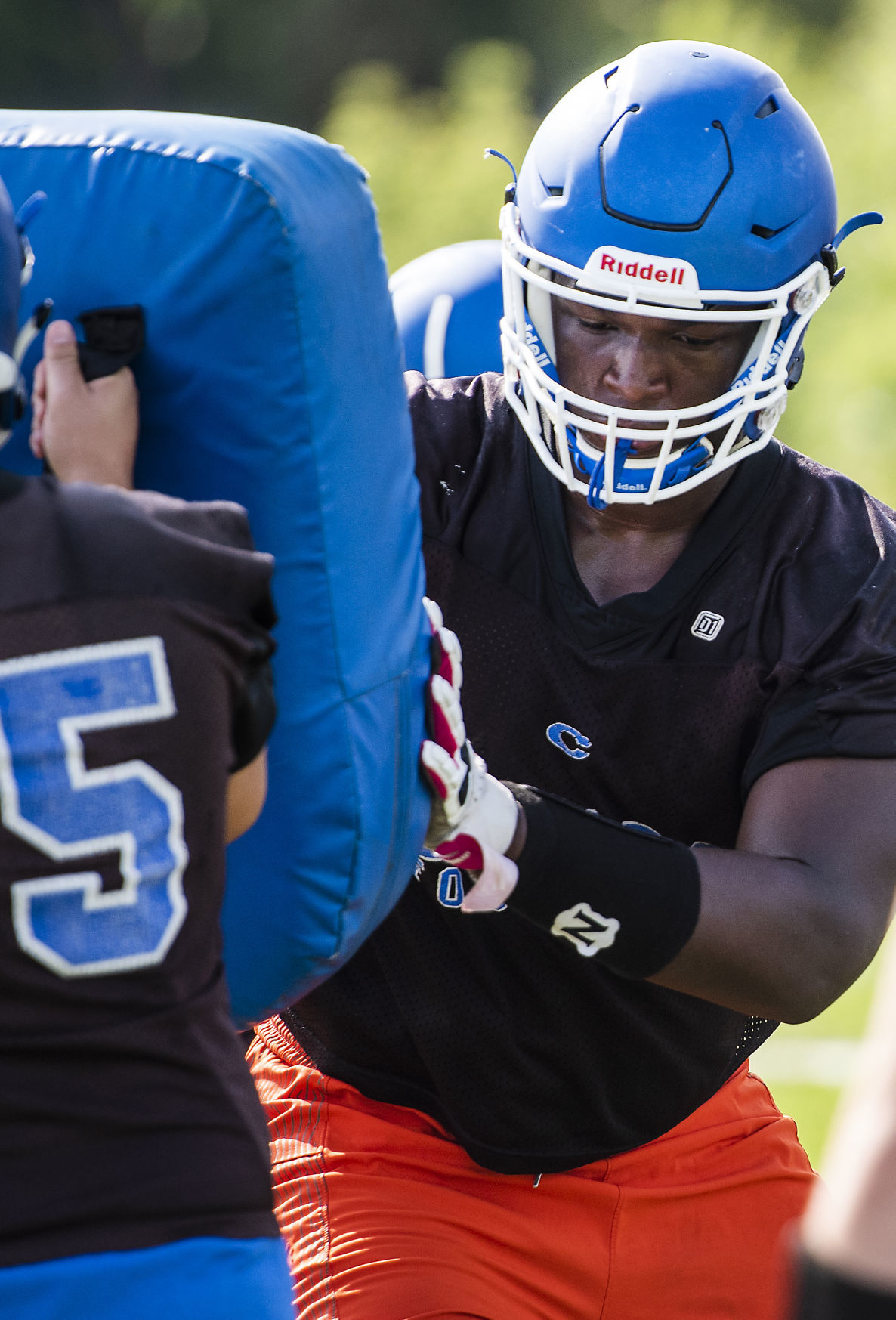 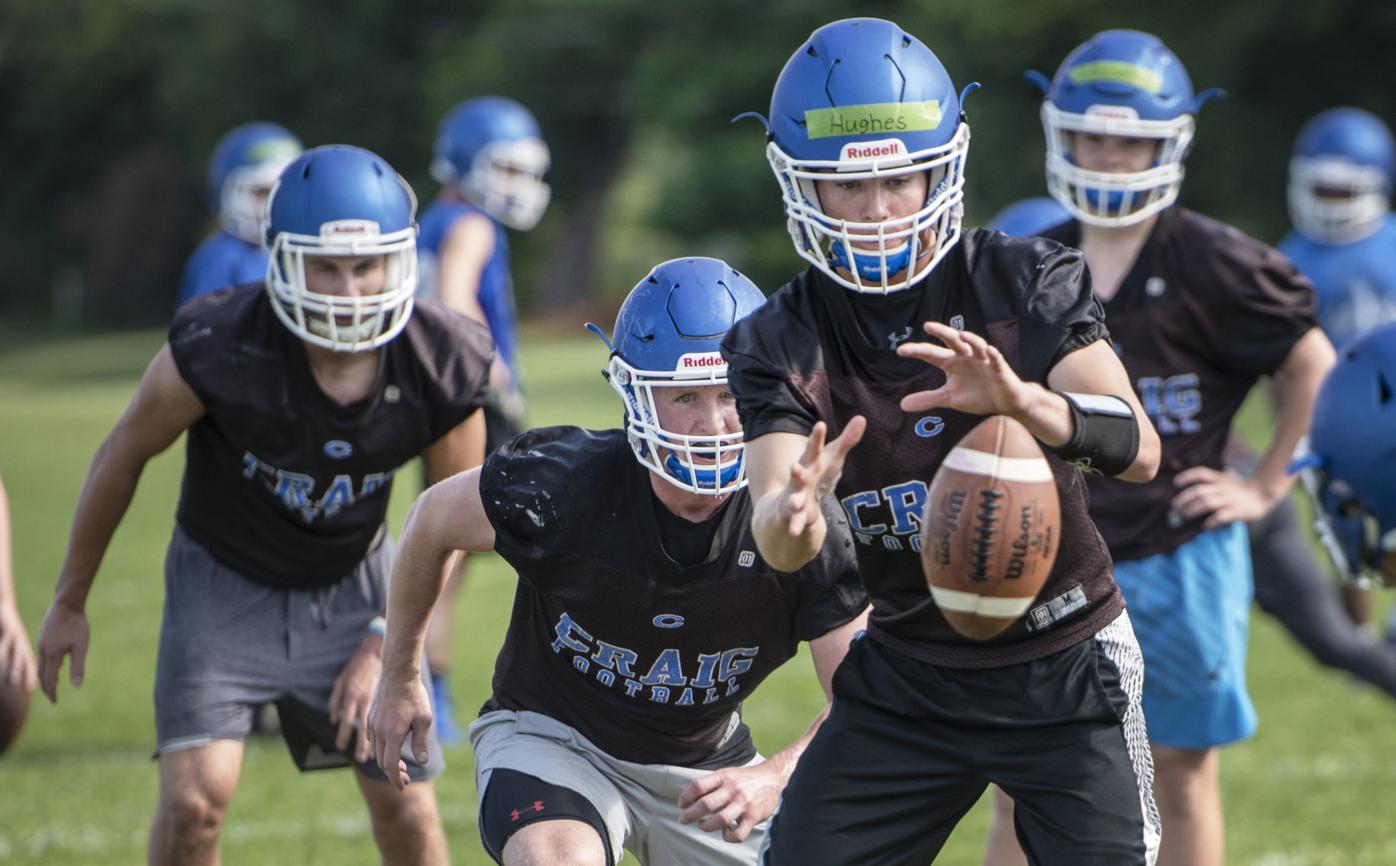 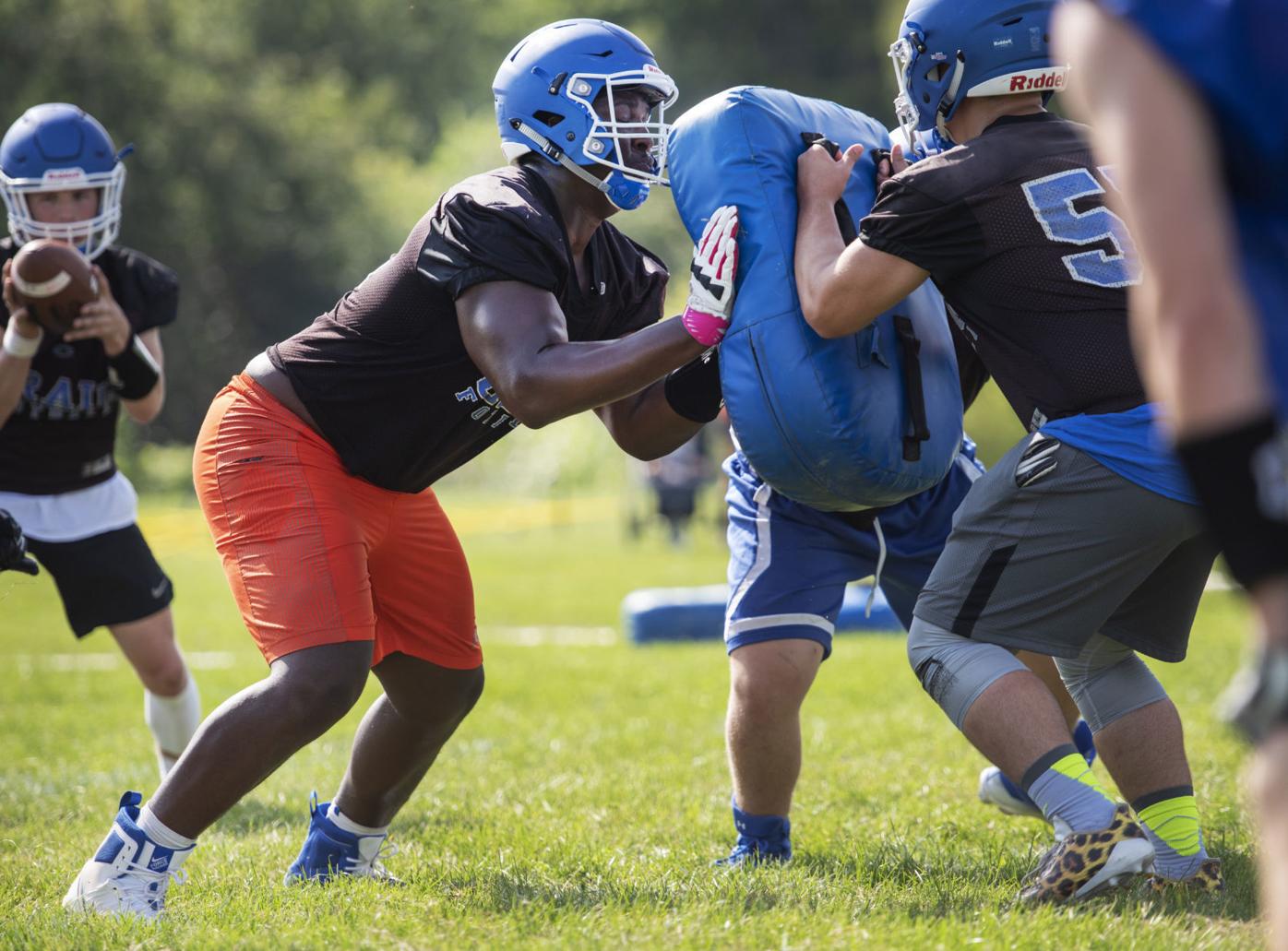 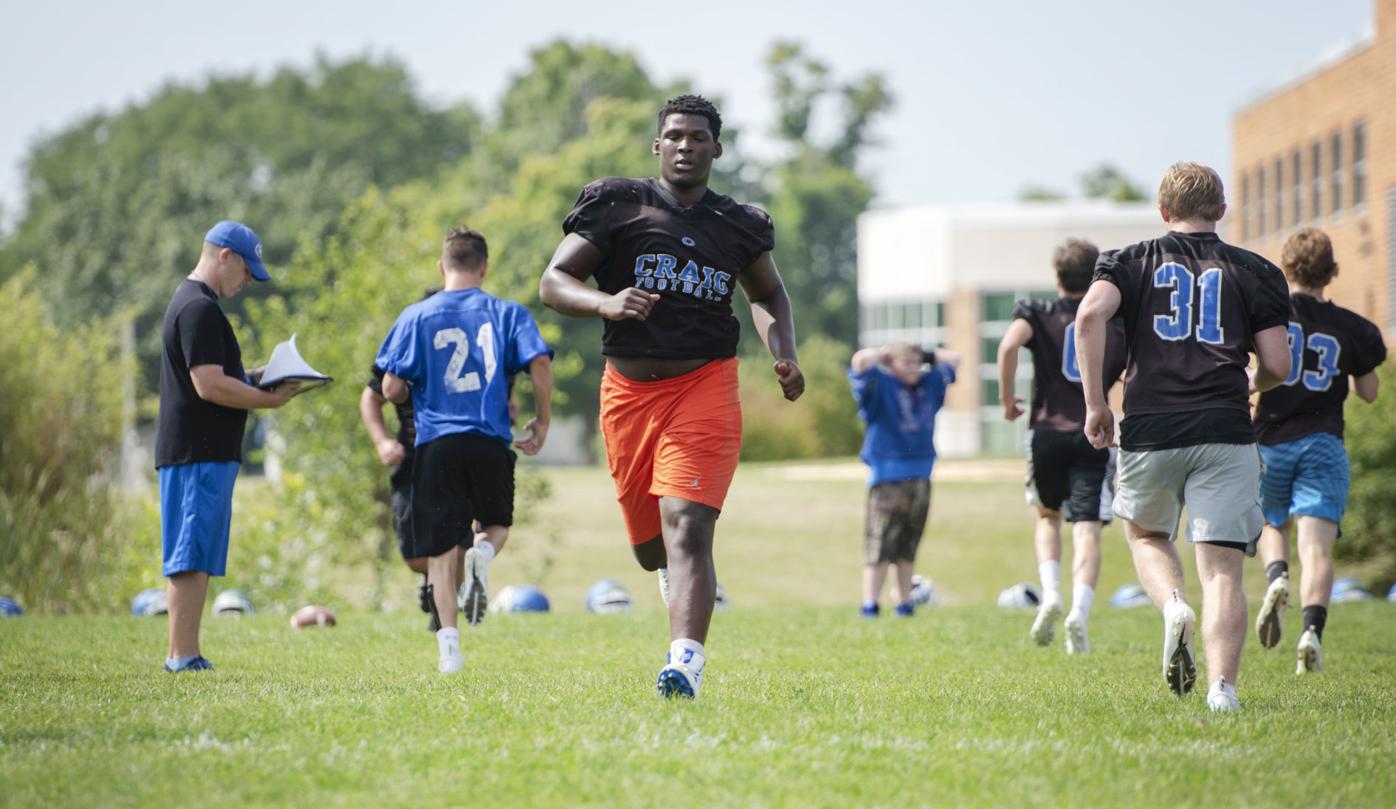 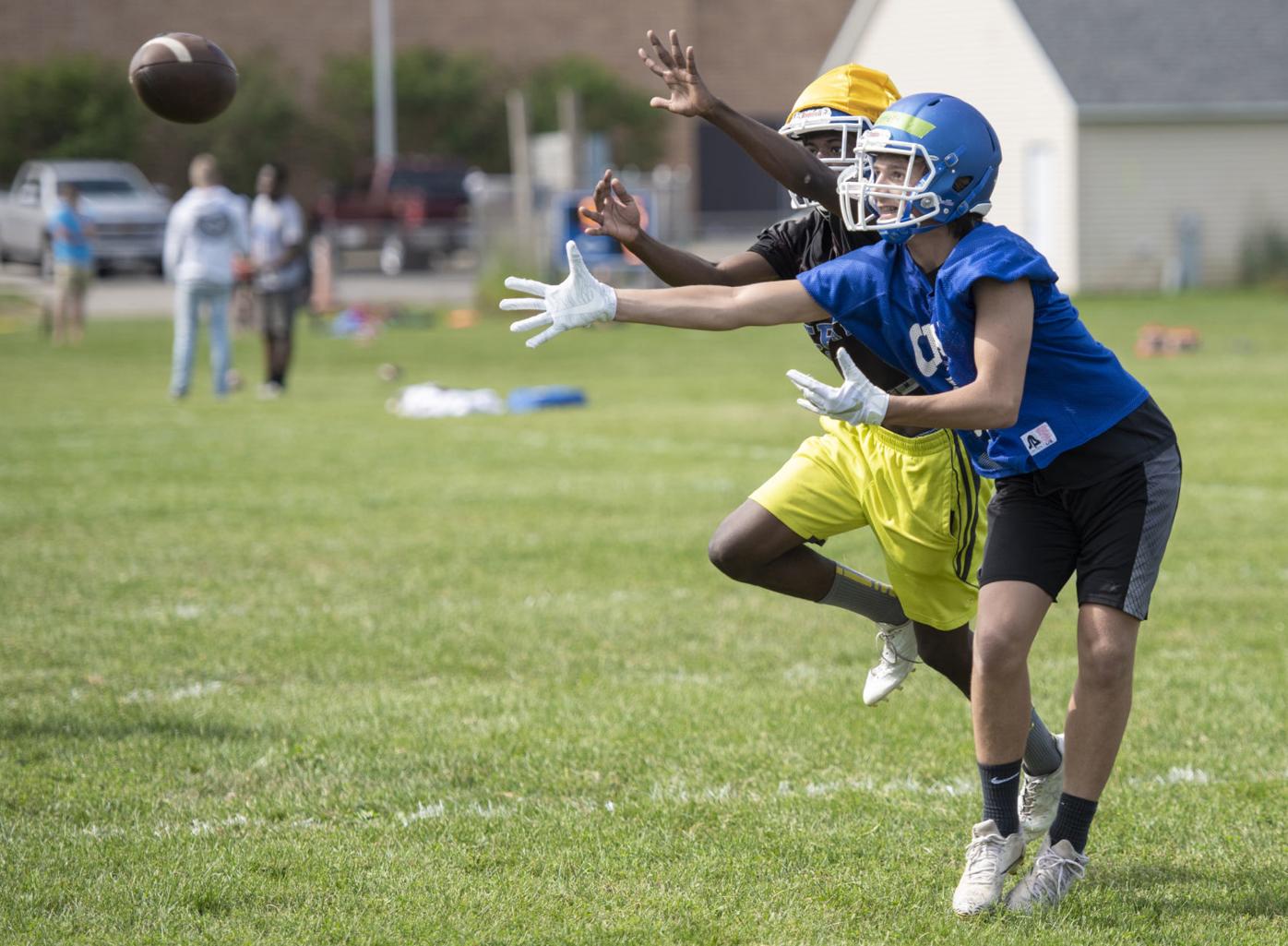 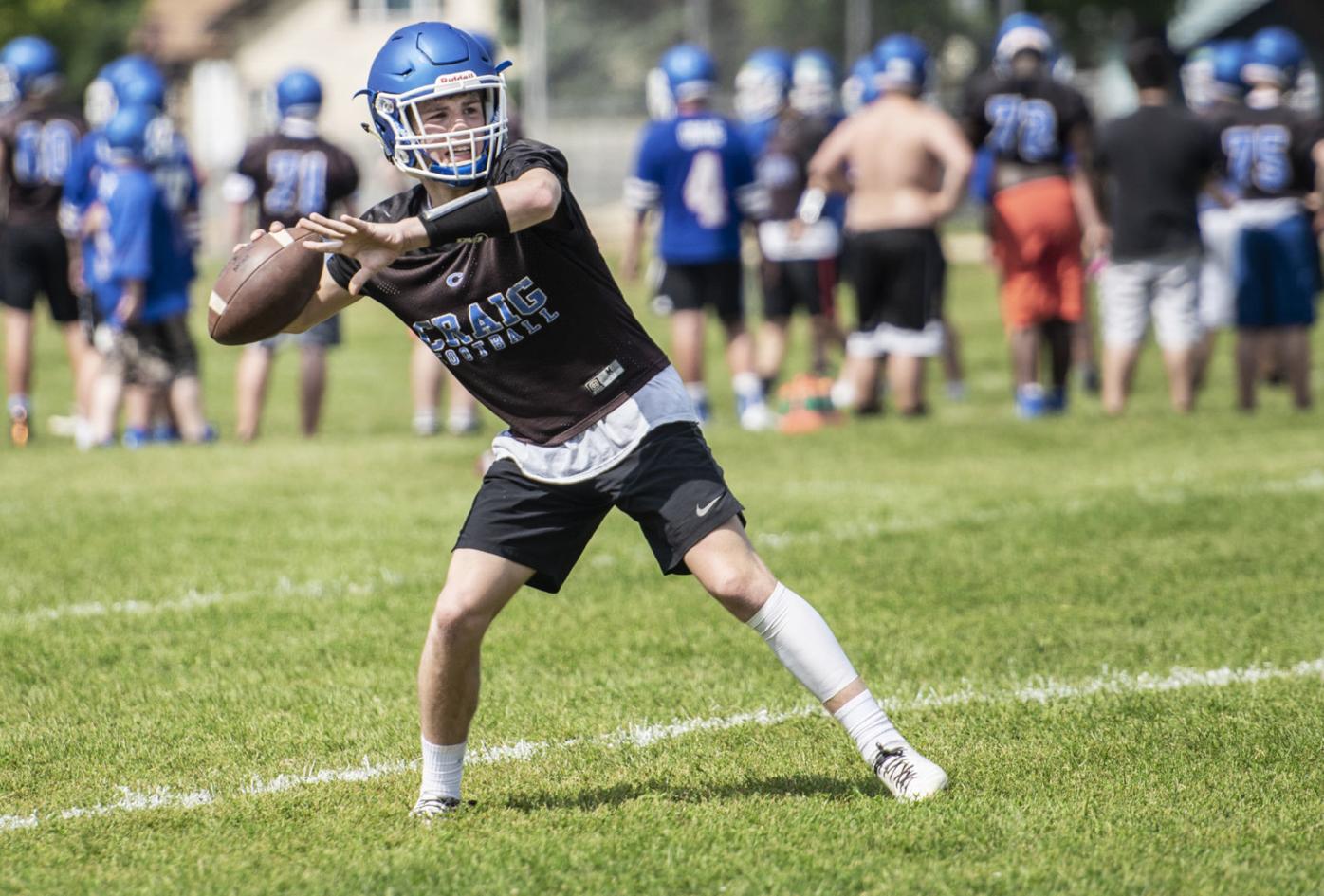 The last time Janesville Craig's football team made back-to-back playoff appearances was in 2008, when the Cougars made it to the postseason for a seventh straight season.

The Cougars, coming off their second playoff appearance since then, are out to end that drought.

To get back into the Division 1 field, Craig will likely need to lean on a defense it feels showed improvement in 2017, a run-heavy offense that must replace nine of 11 starters and an increasing number of two-way players.

"Last year, our seniors were very specific about wanting to make the playoffs," said Adam Bunderson, the Cougars' second-year head coach. "In the end, you always want to be eligible for Week 10. And there are some seniors who have expressed they want to win a (playoff) game. So I think the goals are pretty much the same: Let's get in and worry about it from there."

Many eyes will obviously be concentrated on senior Keeanu Benton. Benton, who has verbally committed to play for the University of Wisconsin, will see time at offensive guard but has been recruited for his abilities on the defensive line.

"His demeanor definitely hasn't changed, and if he's feeling any pressure he doesn't show it," Bunderson said of Benton's attitude since his commitment. "He was up with us as a sophomore and obviously had a really good year as a junior. We've kind of seen him grow as a leader."

Bunderson believes the Cougars have enough other weapons on defense, including up front, that teams won't be able to focus solely on shutting down Benton.

Senior Jacob Fieiras was an honorable mention all-Big Eight selection a year ago and will play defensive end. Seniors Besnik Mecollari and Tyler McFarland rotate at tackle alongside Benton, and senior Jacob Reddy has shifted to a defensive end role.

"Our defensive line should be good, through and through," Bunderson said.

The Cougars return senior Tegan Christiansen, who joined Benton as a second-team all-conference pick after intercepting four passes as a strong safety. And Bunderson feels his team has a strong 1-2 punch with junior Eric Hughes at free safety.

Seniors Trevion Moore and Logan Kahl and junior Sam Hart will rotate at the cornerback spots.

"We graduated two good corners ... but we hope we'll be just as good at defensive back, if not better," Bunderson said.

Senior Sam Smith, an honorable mention Big Eight pick, and Jarrett Costello return at linebacker and will be joined by junior Parker Glissendorf.

The Cougars allowed 22.4 points per game last season. But take out lopsided losses to Sun Prairie and Verona, and at Franklin in the playoffs, and opponents averaged 13.7 points in those other seven games.

Offensively, senior quarterback Ben Coulter is one of just two returning starters. Coulter completed 49 of 118 pass attempts as a junior, throwing for 662 yards with four touchdowns and 14 interceptions. Operating the Cougars' multiple offense, he ran 115 times for 325 yards and four touchdowns.

"He's probably one of the tougher kids I've been around," Bunderson said. "We played Verona last year, and he had a huge thigh contusion at the end of the game. Thursday (the next week) he runs out on the practice field ready to go."

Bunderson, who was Craig's offensive coordinator before taking the head-coaching reins, said the Cougars are deeper at quarterback than they have been in recent years, with Hughes and sophomore Dan Deltgen waiting in the wings.

The Cougars had five players who carried the ball at least 30 times last season, and they'll continue to roll through options this year. Included in that mix will be: senior Tressin Kussmaul, who shifts from more of a defensive role to the fullback spot, as well as seniors Devin Alderson, Christiansen and Moore on the wing. Senior Jalen Williams and sophomore Dan Graham are also in the mix at wing, with Glissendorf and Costello at fullback.

"Our goal will be to run as much option as we can--inside, veer, mid-line, some power read," Bunderson said. "We'll run if we can and then mix in some play-action."

Craig lost tight end Luke Malmanger to graduation. He had 32 catches last year, while the rest of the roster combined for 26. So Craig will be in search of pass-catching threats.

Senior center Asa Albrecht played every game as a junior and will be the leader up front on the offensive line. Benton will start at right guard, with Smith and senior Josh Kelly battling at right tackle. The left guard is junior Zach Veium and senior Bennett Easton at tackle.

"It's mostly a matter of getting experience and taking the next step," Bunderson said.

Senior Mitchell Woelfle, a standout pitcher in baseball, is the team's kicker and punter.

With games to open the season against up-and-coming Beloit Memorial in Week 1 and then Janesville Parker in Week 2, Craig will likely know in short order just where it figures to stand in the hunt to reach the playoffs for a second straight year.

"We'll have more guys playing both ways this year, and that'll be a challenge," Bunderson said. "We've got plenty of speed on offense ... and defensively we should be pretty solid again. We have the talent; it's just a matter of numbers."