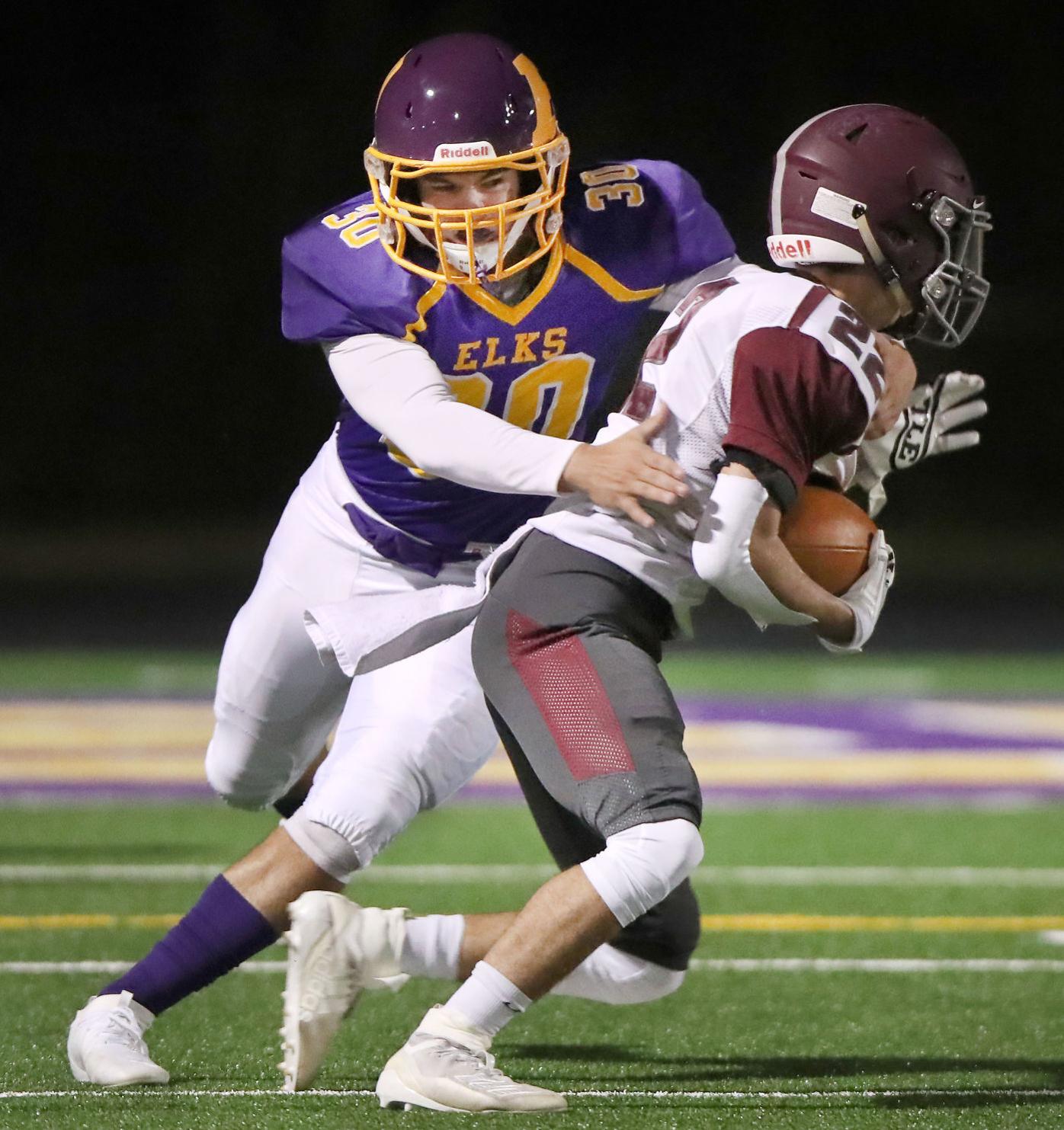 Elkhorn’s Logan Page wraps up Westosha Central’s Zachary Kazumura during the first half of their game in Elkhorn last Friday. 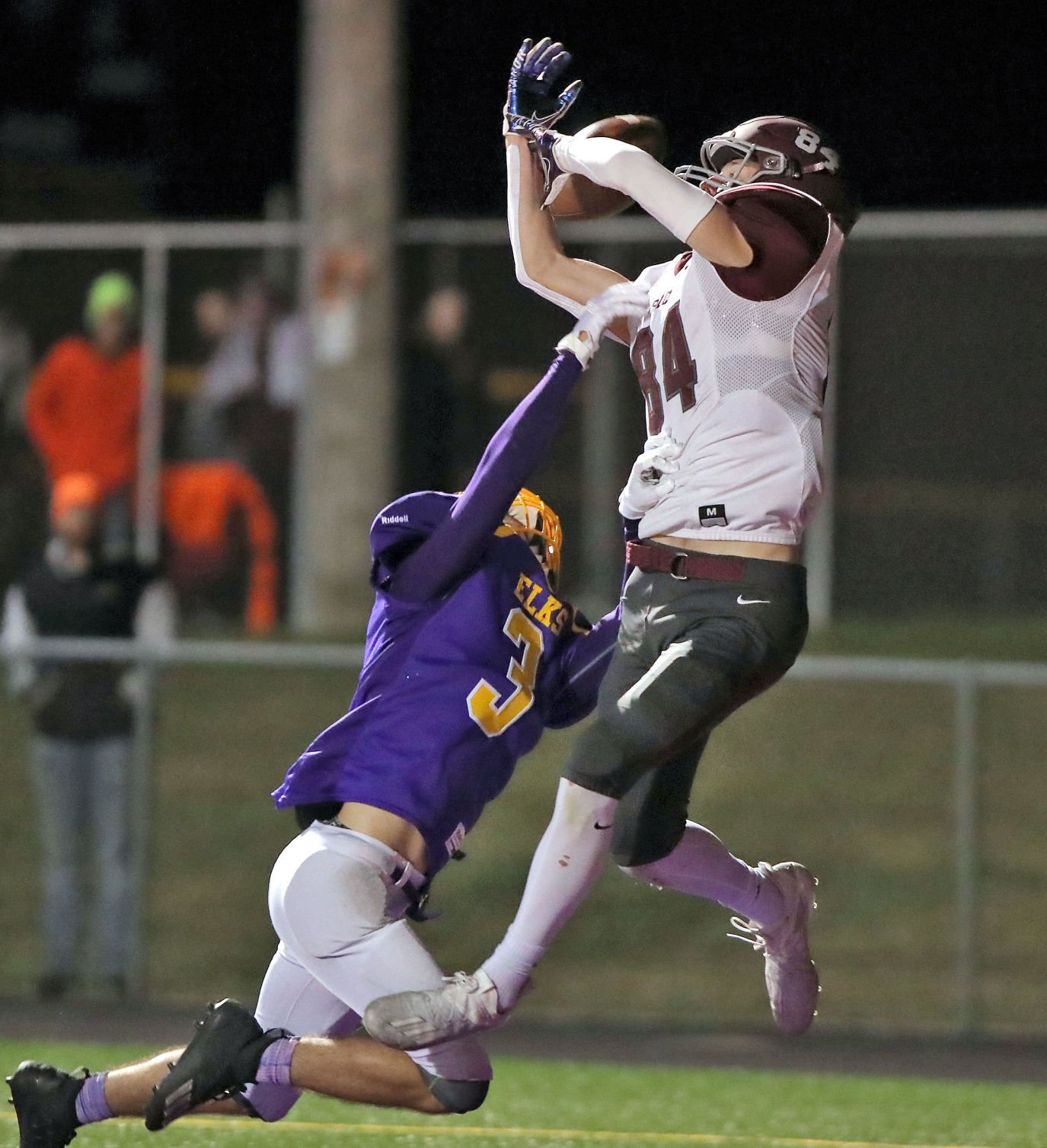 Westosha Central’s Jack Rose doesn’t make the catch over Elkhorn’s Tyler Etten during the first half of their game in Elkhorn on Friday, Oct. 2.

Elkhorn’s Logan Page wraps up Westosha Central’s Zachary Kazumura during the first half of their game in Elkhorn last Friday.

Westosha Central’s Jack Rose doesn’t make the catch over Elkhorn’s Tyler Etten during the first half of their game in Elkhorn on Friday, Oct. 2.

Todd Ghilani knows how to build and sustain a winning program.

The 2000 Elkhorn Area High graduate spent 12 years coaching football at Richmond-Burton, where the Rockets became one of the most dominant 4A programs in Illinois. Richmond-Burton qualified for the postseason all 12 seasons Ghilani was there, including a state runner-up finish in 2011 and a state semifinal berth in 2018.

Now Ghilani hopes to bring that magic formula to his alma mater. He took over for Tom Lee as head coach this past summer and has the Elks off to a solid start.

Elkhorn is 1-1 on the season in its Southern Lakes Conference-only schedule, with a one-point loss to defending co-champion Waterford and a 46-41 win over a talented Westosha Central team last Friday.

The program seems rejuvenated with Ghilani’s hiring and has the community buzzing.

So what’s Ghilani’s secret to success?

“Honestly, I make a huge investment into each and every person,” Ghilani said. “And I have a player development manual, and as a team we talk at length about how important it is about being good people, being respectful, being community-driven, and all those types of things translate to the game of football.

“We talk about desire, motivation, effort, responsibility and communication, and where we’re at on that spectrum. And it’s about picking up those that aren’t there quite yet on that spectrum. I think our kids needed some direction and to see how important it was to buy into each other.”

Ghilani was a stud on the football field himself and knows the effort it takes from everybody involved to take a program to the next level.

He was an all-state offensive lineman at Elkhorn, played in the prestigious Shrine All-Star game following his senior year and started four years for Northern Illinois University.

He made 36 starts for the Huskies and eventually landed a tryout with the Dallas Cowboys.

With the current and fluid COVID-19 pandemic creating so much uncertainty for students and athletes, Ghilani said his job as a middle school counselor in Elkhorn is helping to ease some fears.

“You really have to trust and lean on the people around you, and that’s what I try to tell my students and players,” Ghilani said.

“And for the kids in our football program, hopefully they’re going to keep moving forward and understand what we’re trying to do, and that together we’re all going to get through this.”

Sound advice from a coach that has Elkhorn football trending in the right direction.

Badger is averaging 30 points a game through two weeks but sits at an uncharacteristic 0-2. The Badgers lost by two in Week 1 to Westosha and by six last Friday to Union Grove.

Quarterback Tannor Garrels has thrown for 213 yards and rushed for 183 yards and three touchdowns.

The Comets continue to fall on hard times in the Southern Lakes. They’ve been out scored 84-16 in two losses this season and have only two conference wins in the last four seasons.