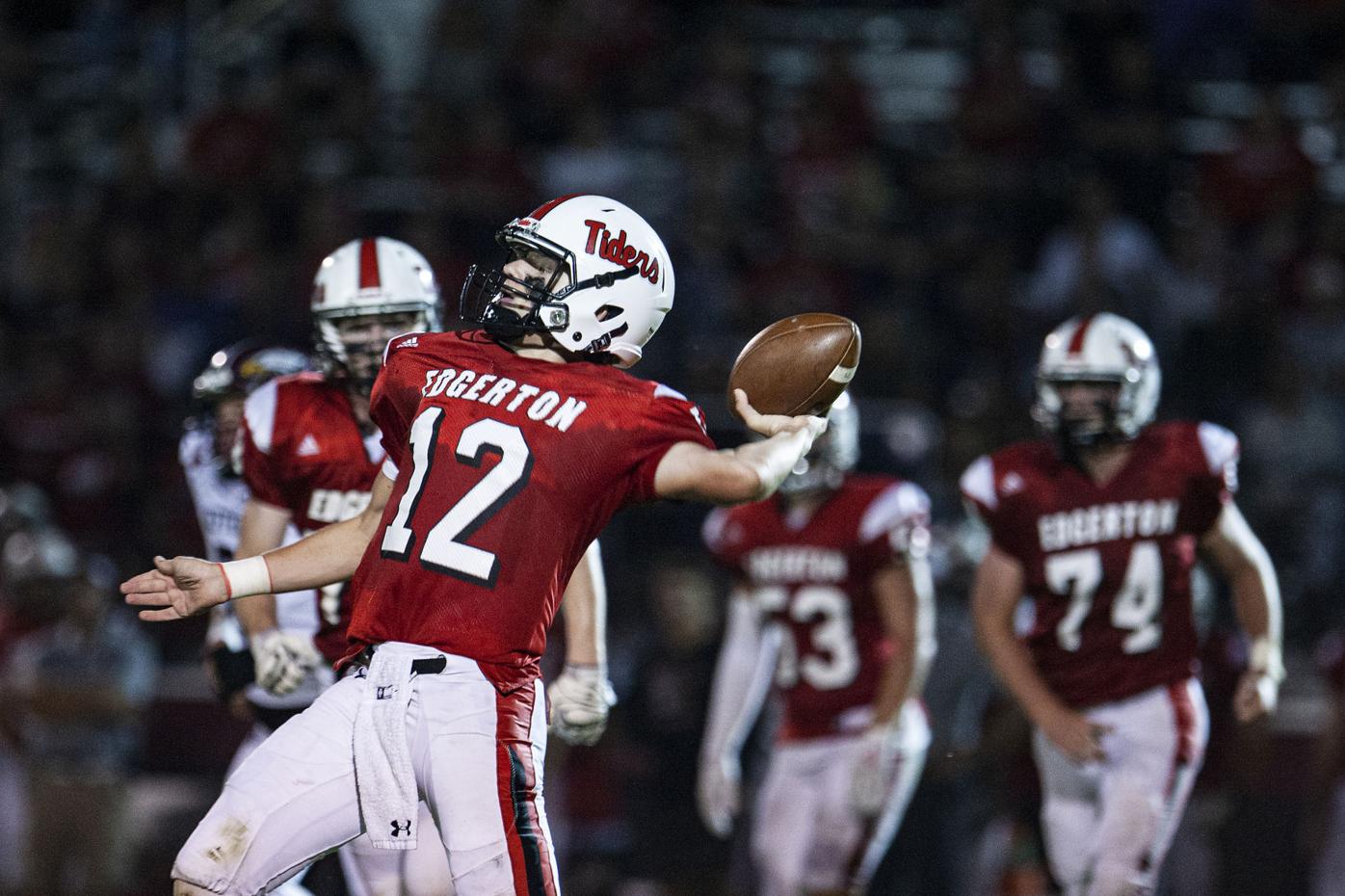 Edgerton quarterback Drew Hanson (12) winds up to throw a pass during the Rock Valley Conference football game in September 2019. After the pandemic canceled the fall football season for many area teams, players and coaches began practicing Monday for the alternate fall season. 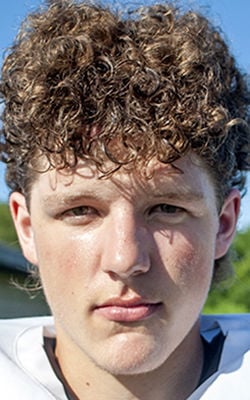 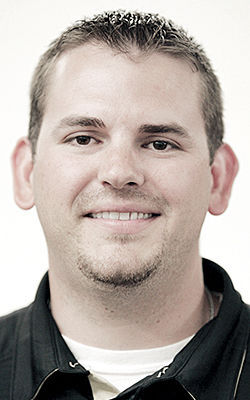 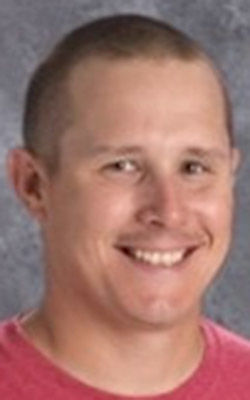 Drew Hanson wondered if he and his teammates would get any sort of chance to prove themselves.

Edgerton High graduated a strong group of male athletes in the Class of 2020, and longtime head coach Mike Gregory retired after the 2019 football season.

But Hanson, a senior quarterback, still believes the Crimson Tide have plenty of firepower left in the program.

On Monday, the Tide—along with many other area football programs—got their first taste of a season that felt like it might never happen. It was the first official day of practice for the WIAA’s alternate fall season for programs that saw their normal fall sports seasons canceled due to the COVID-19 pandemic.

“Personally, this season is huge,” Hanson said. “I’ve always dreamed about how special it would be to play under the lights as a senior. This gives me a huge chance to show all of the college coaches how much I’ve improved.

“It gives us a chance to show how much work we’ve put in. We graduated a very good class last year, and I think many people are overlooking what we are capable of.”

At Janesville Parker, head coach Clayton Kreger has a senior class chock full of players that will be in their third year on varsity.

“Part of the reason I feel really good is we have over 20 seniors, and most of them have started many games since their sophomore year,” Kreger said.

“It’s guys that have fully bought in, know the offense, put in the work. I’m excited for these seniors.”

Sunday night when he looked at his to-do list.

That said, because the WIAA allowed teams 15 contact days between coaches and players, he feels the Vikings are perhaps more prepared for a season than ever before.

“We’re more advanced, because we were granted those extra days,” Kreger said. “It’s really just an extension from those contact days. We had a great turnout for those, with over 80 kids each day. So we’re just looking to build off what we’ve been doing.

“We started after Christmas break and spaced them out on the weekends so we didn’t interfere with multi-sport athletes. They were podded, so basketball players would be separate and stuff like that. And then two weeks ago, we had four contact days. So we spread them out but also pushed a couple at the end.”

Janesville Craig head coach Adam Bunderson said he was able to utilize 13 of his 15 contact days, with the other two canceled wind chills plummeted well below zero degrees.

“It feels different, that’s for sure,” Bunderson said. “We’re practicing in the fieldhouse because there is still snow on the ground, and practices are a little shorter just because of being inside and with COVID protocols. Not to mention wearing a mask.

“But we’re all super excited, and our senior turnout has been great. I just didn’t know for sure, with teaching online for almost a year and not seeing them as much in the hall, how they’d respond. But almost every senior came back out.”

Kreger said working in pods has allowed players to hone in on fundamentals. Beginning Monday, the city programs now work as a full team, with players wearing masks. Kreger said the varsity and junior varsity teams are still kept separate, and teams will split into pods and stay distanced whenever possible.

Bunderson said he is hopeful practice might be able to move outdoors sometime next week.

That is not a problem in Milton, where school and athletics officials worked to plow snow off practice fields when temperatures were so low that doing so would not damage the turf.

“Obviously this is unique, but it was nice to get out there,” Milton head coach Rodney Wedig said. “The weather actually cooperated better than I thought. And our grounds crew had some foresight to scrape some snow off, so we got to get outside.

“We jumped right in to everything, installing stuff and getting going. I’m just glad the kids get to play. The seniors, seven games, just enjoy it and get some fans and, for me, just return to somewhat normal life.”

Football games can begin March 24, though most will kick off Friday, March 26. That night, Craig plays at DeForest, while Parker hosts Beaver Dam at Monterey Stadium. Teams will play a seven-game schedule, with the last date for competition May 8. A WIAA football playoff is unlikely.

Other area schools that will play during the alternate fall season include: Milton, Edgerton, Evansville, Beloit Turner, Whitewater, Brodhead/Juda, Clinton, Big Foot and Parkview. Delavan-Darien, Elkhorn and Badger, of the Southern Lakes Conference, played during the typical fall season.