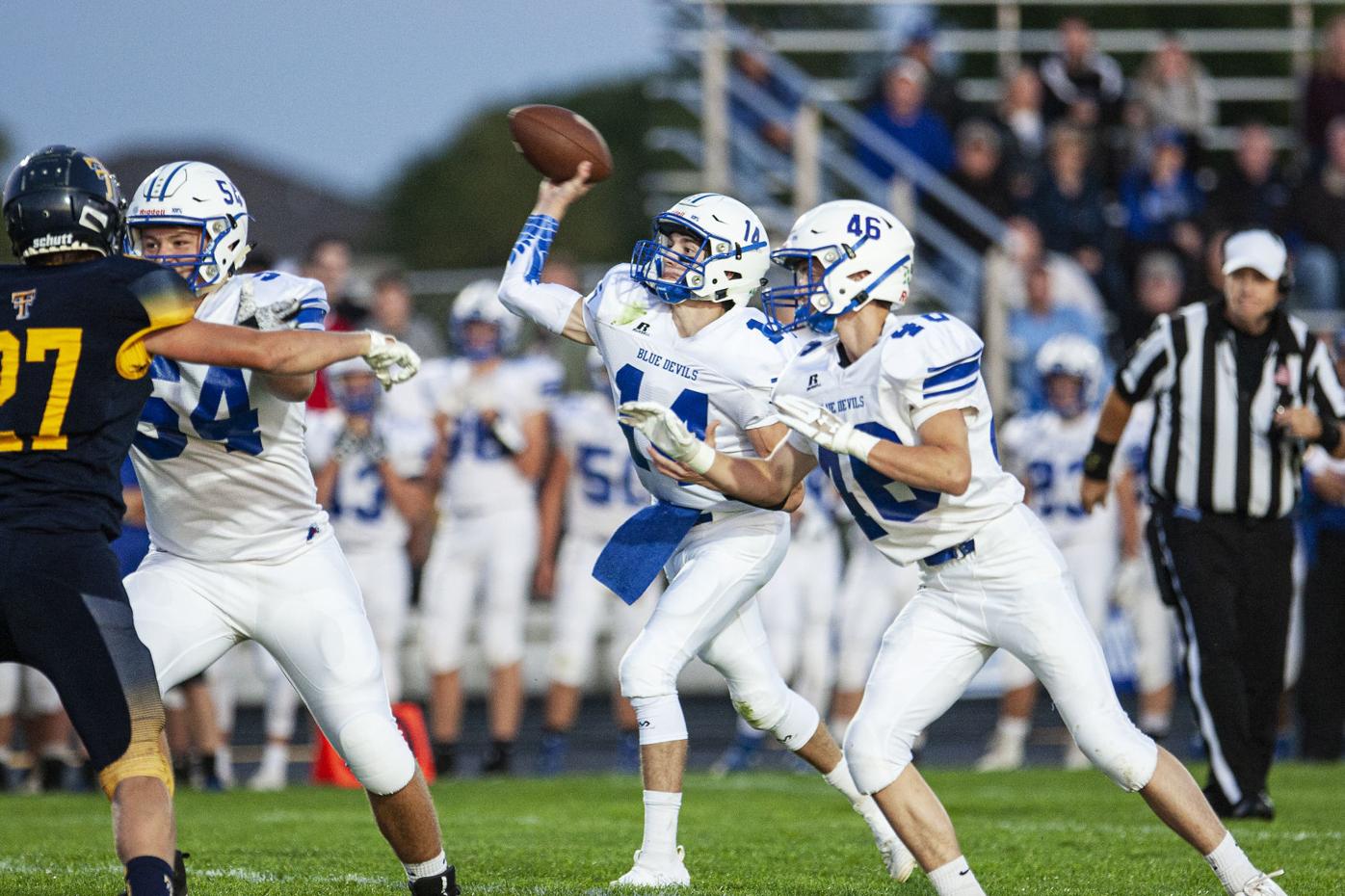 Evansville quarterback Tyr Severson, center, attempts a pass in the first half of a Rock Valley Conference game against Turner on Friday, Sept. 13, 2019, in Beloit. 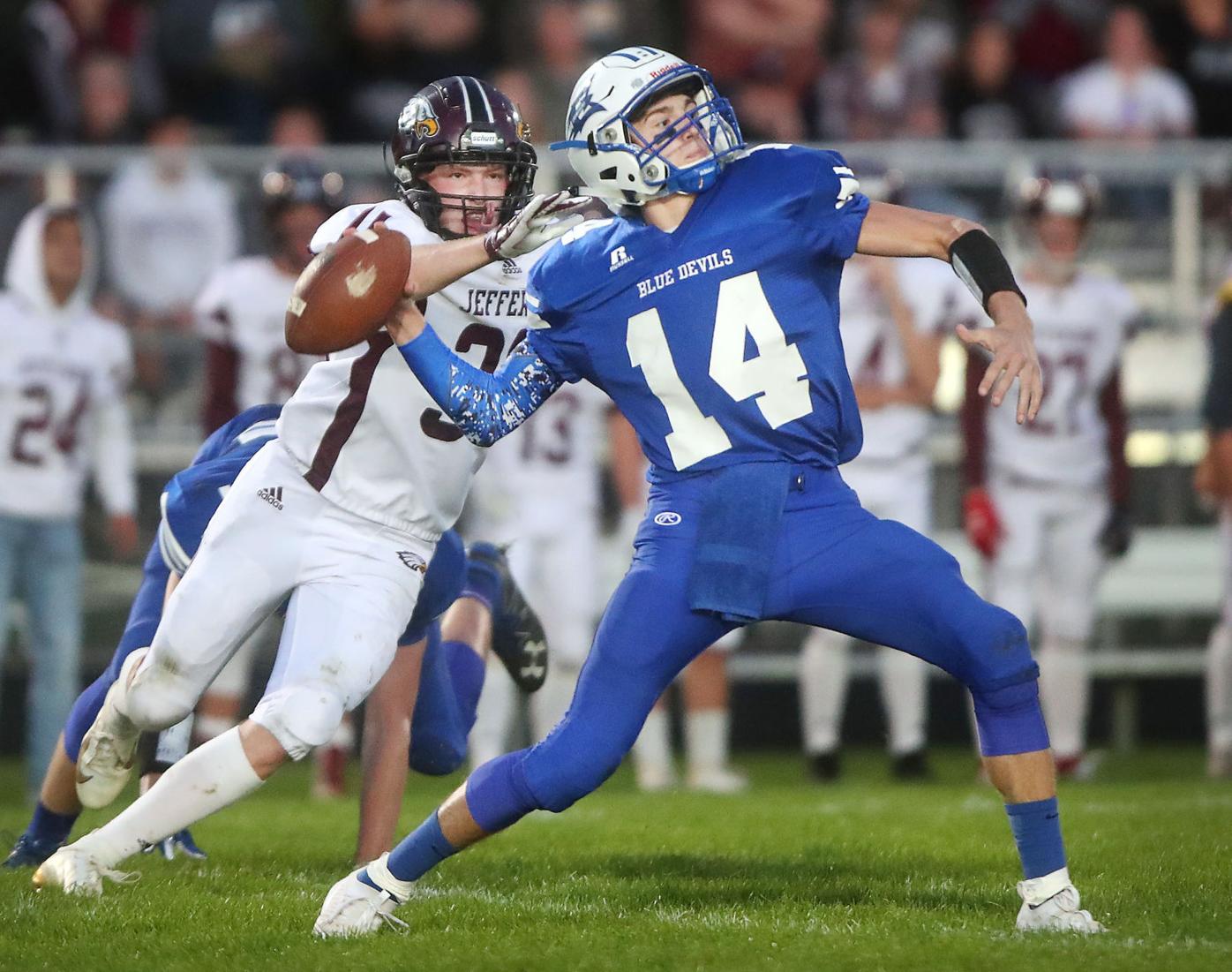 Evansville quarterback Tyr Severson throws a 42-yard pass in the first half of the their home game against Jefferson on Friday, Sept. 6.

Evansville quarterback Tyr Severson, center, attempts a pass in the first half of a Rock Valley Conference game against Turner on Friday, Sept. 13, 2019, in Beloit.

Evansville quarterback Tyr Severson throws a 42-yard pass in the first half of the their home game against Jefferson on Friday, Sept. 6.

Replacing a legend is never easy. Garth Coats said it is a challenge he has embraced.

When Ron Grovesteen stepped down as head coach of the Evansville High football program after the 2019 season, he took with him 46 years of service, including the last 37 as head coach.

Grovesteen compiled a career record of 283-121, which ranks 12th in state history for wins.

Coats, a 2006 Evansville graduate, has been on the coaching staff since 2010 and was a logical choice to replace Grovesteen.

And although Evansville joined the majority of other area schools in opting for a spring 2021 season because of the coronavirus, Coats said he expects a smooth transition.

“This isn’t about me,” Coats said. “This is about the kids and getting back to playing football. They were certainly disappointed in not being able to play this fall, but they’re excited about getting back out there in the spring.

Coats had a stellar career as an offensive lineman at UW-Whitewater, winning two Division III national championships with the Warhawks and earning all-America honors his junior and senior seasons.

He returned to the Evansville program as a volunteer assistant in 2010 and has been part of the Blue Devils’ coaching staff ever since. He most recently served as the offensive coordinator and is a special education teacher at the high school, as well.

Coats has no intention of reinventing the wheel as head coach, but he did say the Blue Devils will be a little more diversified offensively.

“I’ve always agreed with the pound-the-rock mentality, but I think you’re going to see us feature a pretty good balance between the run and pass,” Coats said.

“A lot of times, that ability to run the ball opens up your passing game.

“Defensively, we’re going to get after the ball. We’ve got some good kids coming back on the defensive side and some underclassmen with talent that I’m excited to see play.”

Leading the way for the Blue Devils in the spring will be senior Tyr Severson. The senior quarterback was the conference’s offensive player of the year last season, throwing for 2,176 yards and 25 touchdowns.

Coats said junior wideout Alex Johnson figures to be one of Severson’s top targets, while senior Tyler Zastoupail and Waylon Klitzman will anchor the offensive line.

A 35-9 loss to Burlington last Friday was the first loss of the season for Waterford.

Despite the lopsided loss, the Wolverines are averaging 30.9 points a game. Quarterback Logan Martinson has thrown for 1,397 yards and four touchdowns.

Badger picked up its first win of the season last Friday by pulling away from Delavan-Darien in the second half.

The Badgers’ two losses were by a combined eight points, and they have scored 101 points in three games.

Quarterback Tannor Garrels has rushed for 376 yards and six TDs.