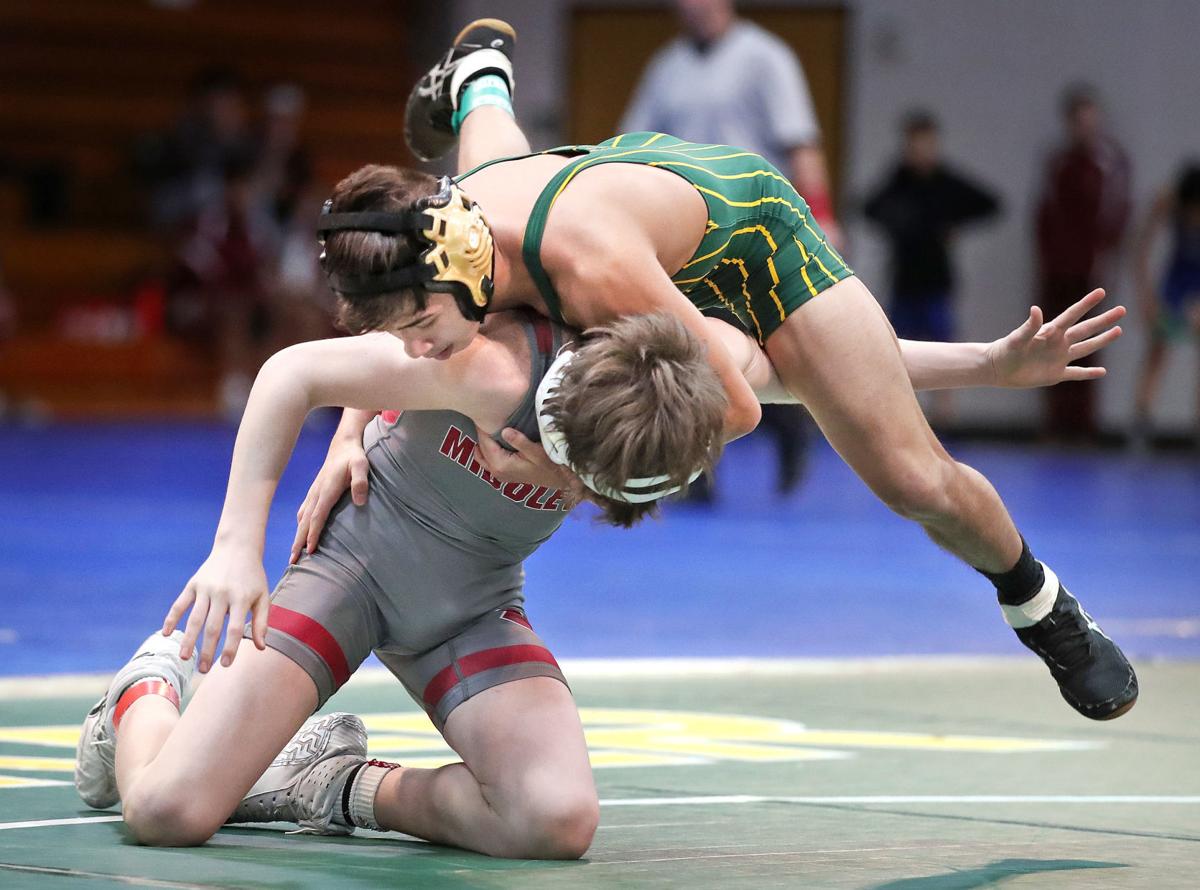 Janesville Parker's Ian Ramirez leaves his feet while working his way to a pin over Middleton's Seth Howald to take first place in the 106-pound weight class during the Big Eight Conference wrestling tournament at Parker High School on Saturday, Feb. 8. 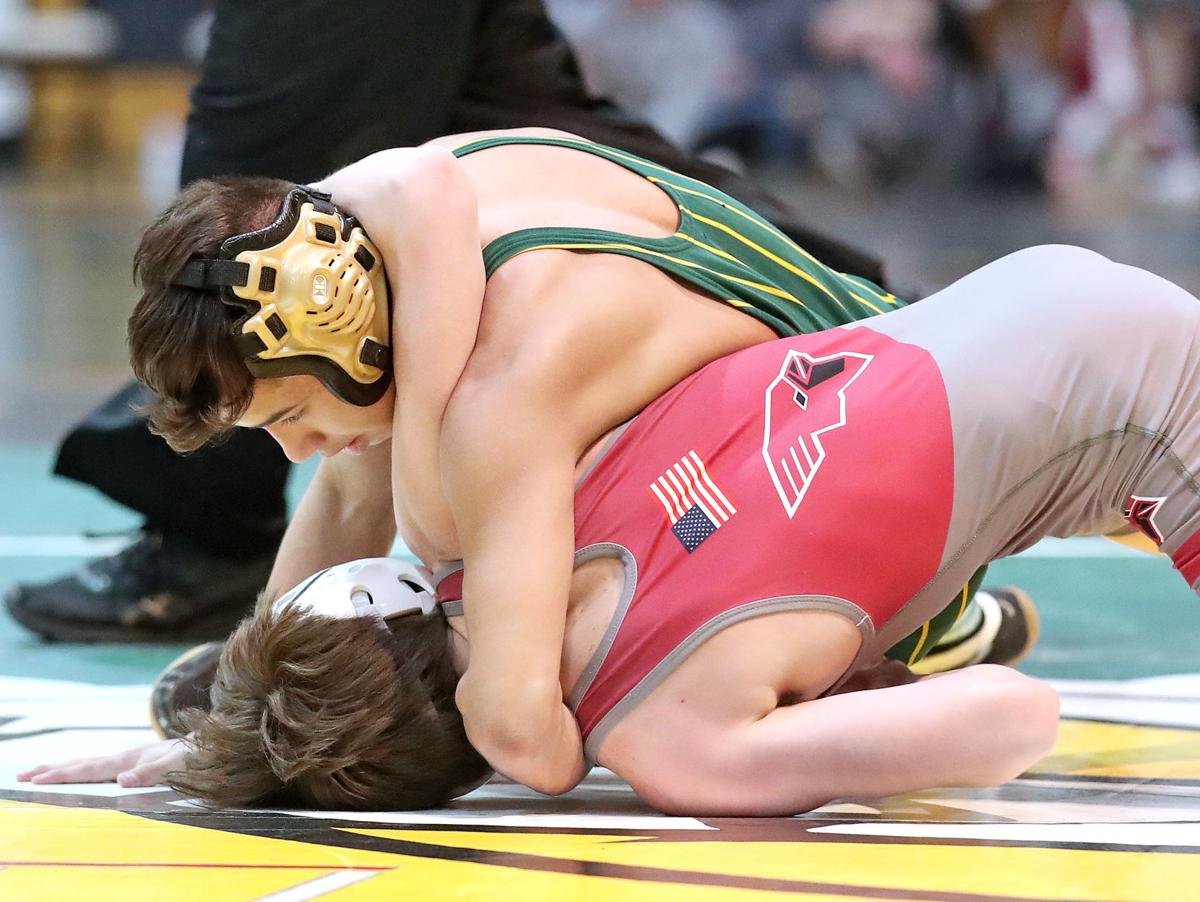 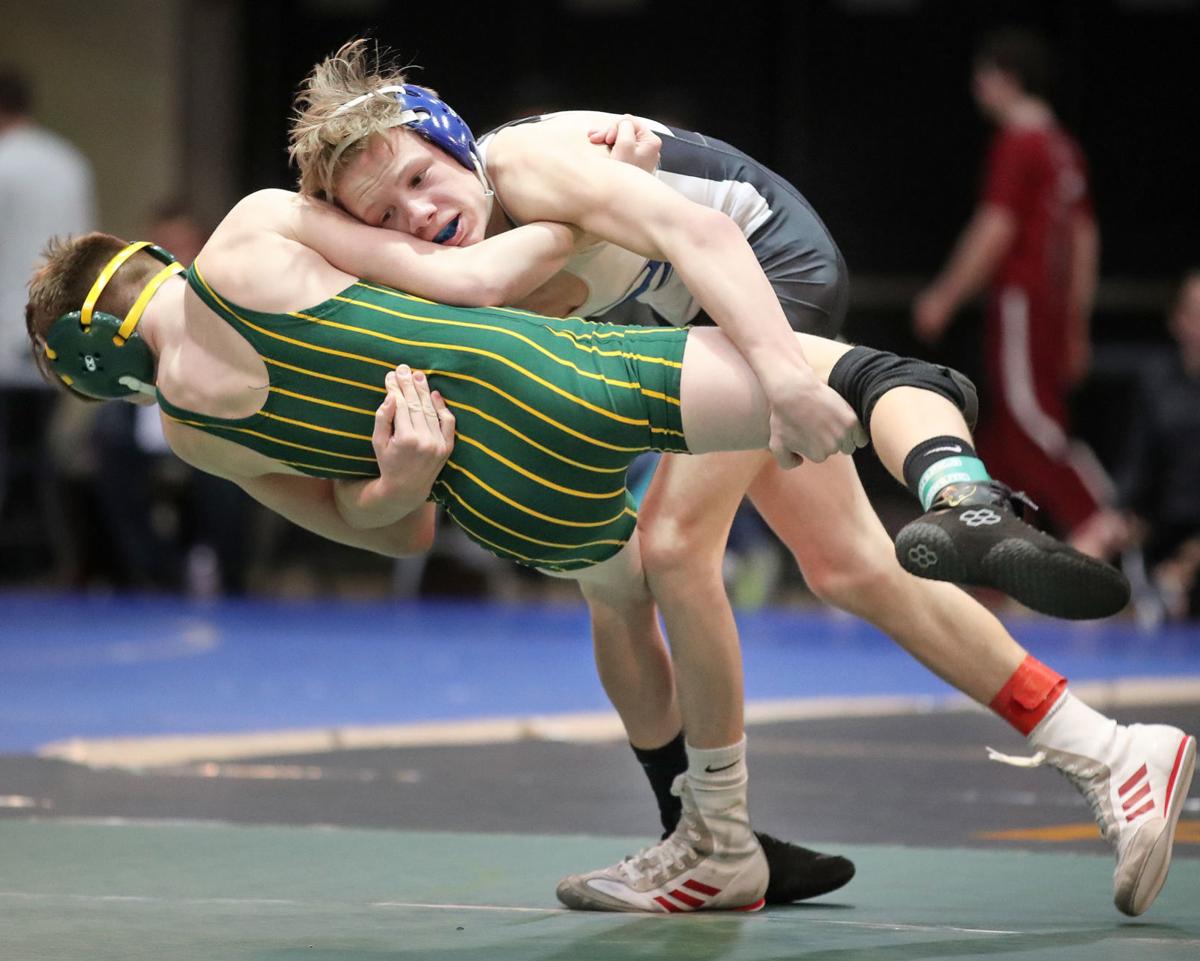 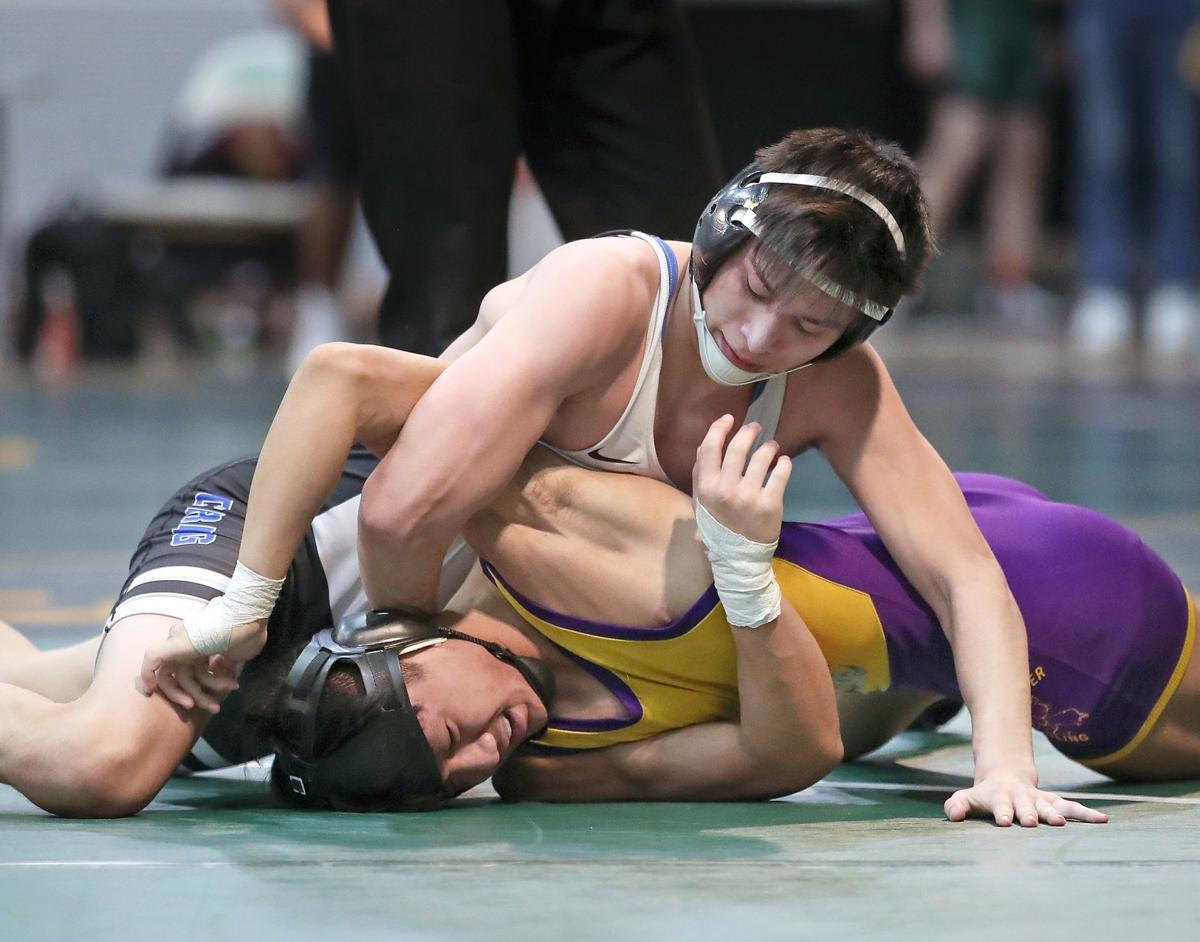 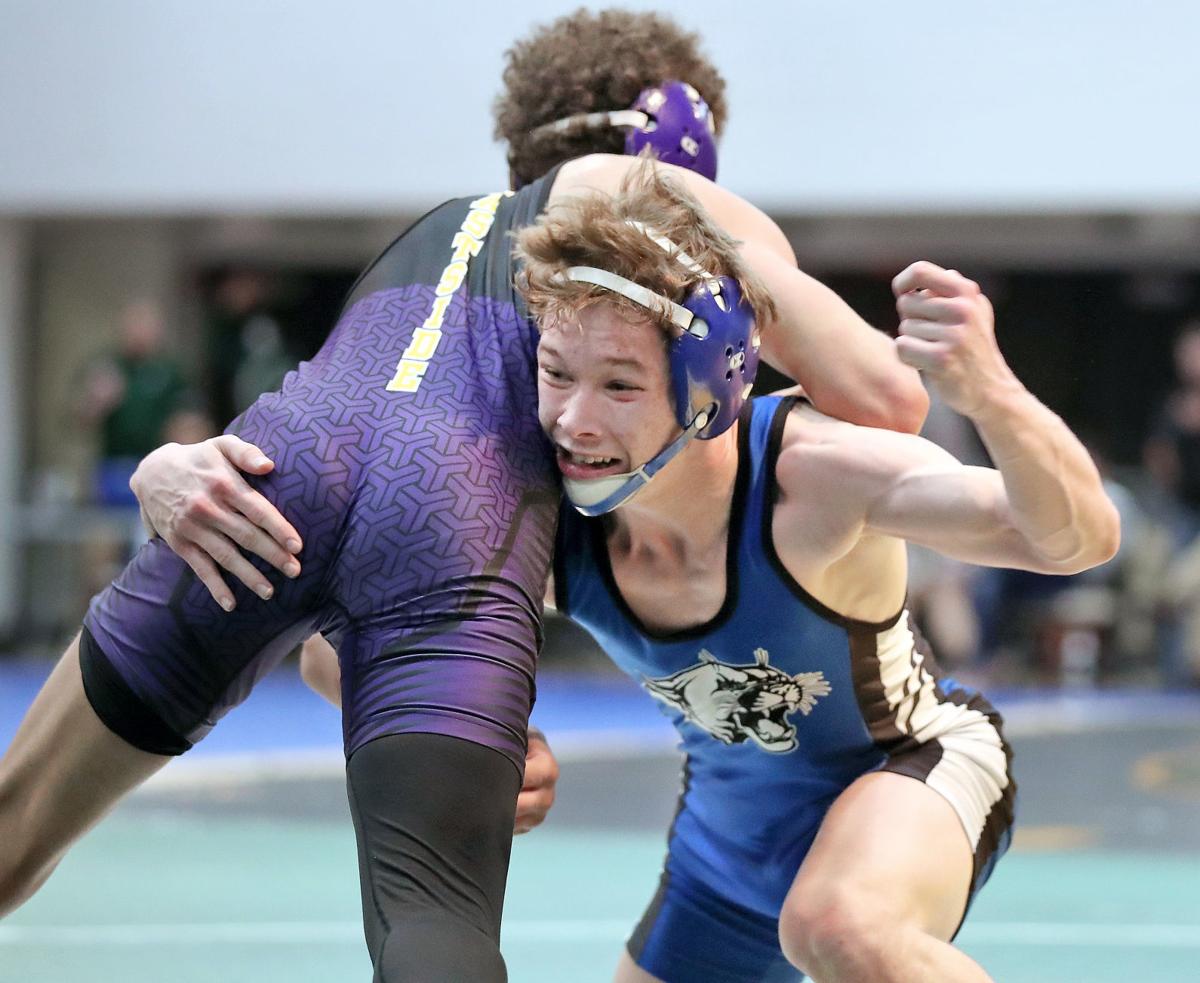 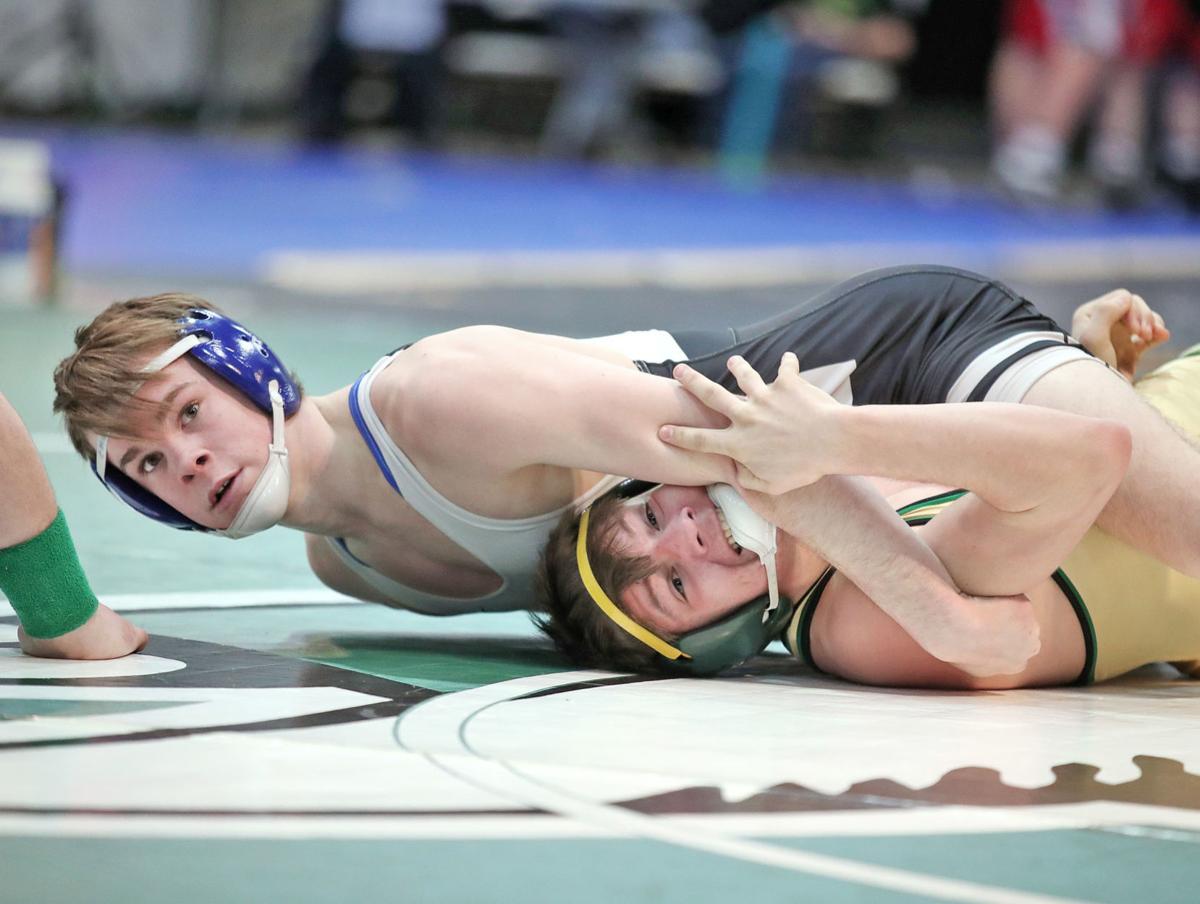 Janesville Parker's Ian Ramirez leaves his feet while working his way to a pin over Middleton's Seth Howald to take first place in the 106-pound weight class during the Big Eight Conference wrestling tournament at Parker High School on Saturday, Feb. 8.

Janesville Craig’s wrestling team made it a clean sweep Saturday.

After winning their first conference dual meet title since 2016 this season, the Cougars capped off the championship run by rolling to the team title at the Big Eight Tournament at Parker High School.

The Vikings had two individual champions.

“Our first goal was to score more than 300 points because going back, we couldn’t find another conference champion that did that. And we did,” Mullen said. “The second one was to try and beat the school record of six (individual) champions, and we tied that with six. The last one was to win the conference tournament by more than 100 points, and we were able to do that, too.

“It was just a great day for us. To have nine kids in the finals is incredible. It was a great way for our kids to get ready and build confidence for the tournament, which starts next week.”

MacLennan, a senior, won his third straight conference crown by rolling to the 138-pound title.

First-time conference champions for the Cougars were Joey Coulter at 113, Joey Bellomo at 132, Marshall Getchell at 170 and Brady Schenk at 225.

Runner-up finishers for the Cougars were Sebastian Getchell (145), Davon Serrano (160) and Mitchell Schumann (182).

Parker got individual championships from Ian Ramirez at 106 and Bryce Heerey at 182 en route to a runner-up finish.

“What an outstanding day for Parker wrestling,” head coach Shane Fleming said. “We went from fourth place in the dual meets to second at the conference meet. I couldn’t be prouder.”

Parker got second-place finishes from Deezle Richards at 113 and Jakob Williams at 138.

Craig and Parker both compete in the Division 1 Beloit Regional next Saturday.

Burlington finished with 239.5 points, while Waterford was right behind with 225.5.

Evansville/Albany finished with 228.5 points, with Beloit Turner second with 203.

Edgerton got titles from Cole Bavery at 145, Trevor Wilkinson at 170 and Reed Farrington at 285.

The Vikings, behind five individual champions, finished with 326 points.

Milton, which had one champion in Riley Nilo at 106, finished a distant second with 240.

Orfordville Parkview had a productive day and finished third with 149.

Parkview’s Korben Brown improved to 30-1 on the season by winning the title at 152.

Editor's note: An earlier version of the story incorrectly listed the number of consecutive years Evansville/Albany won the RVC tournament.