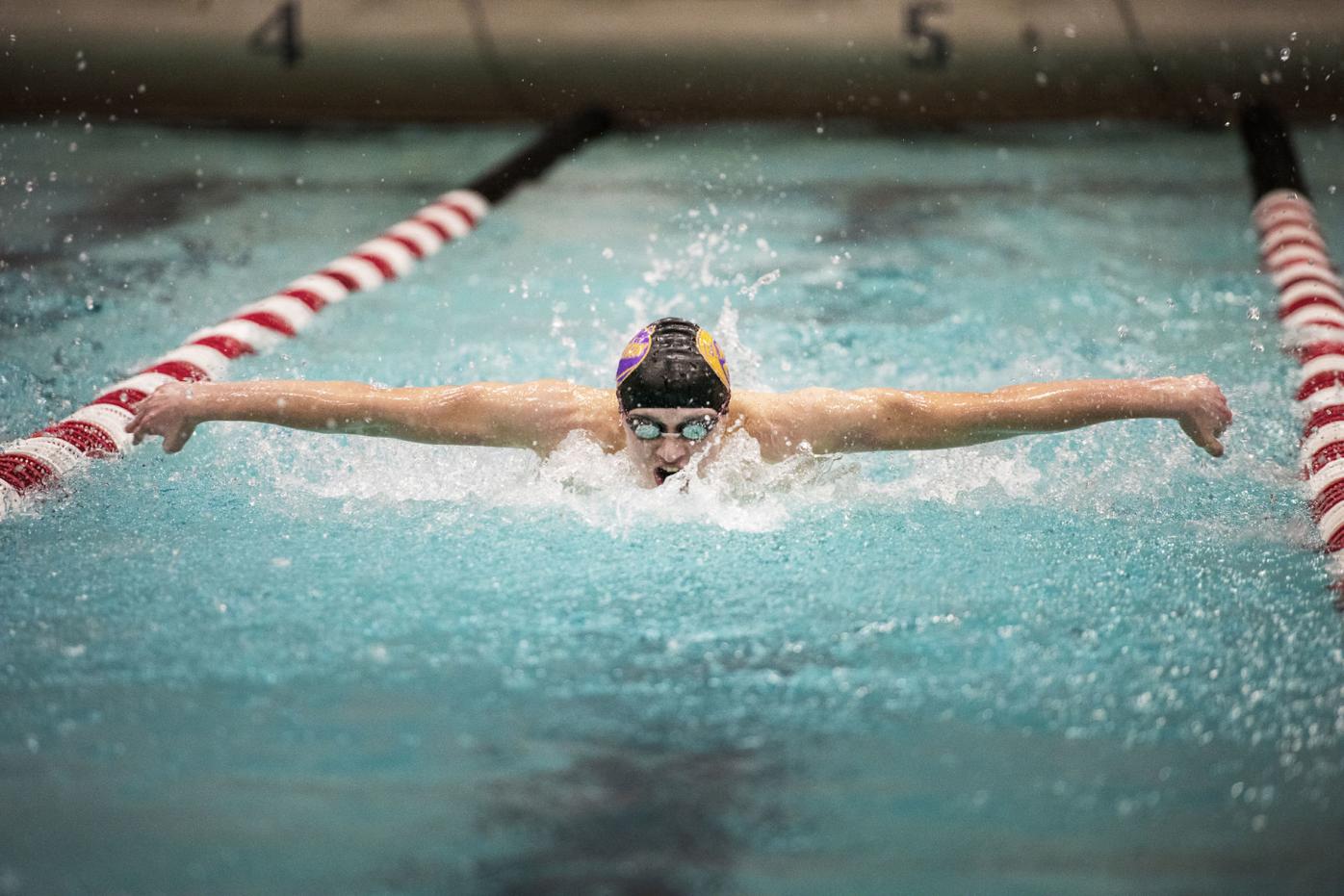 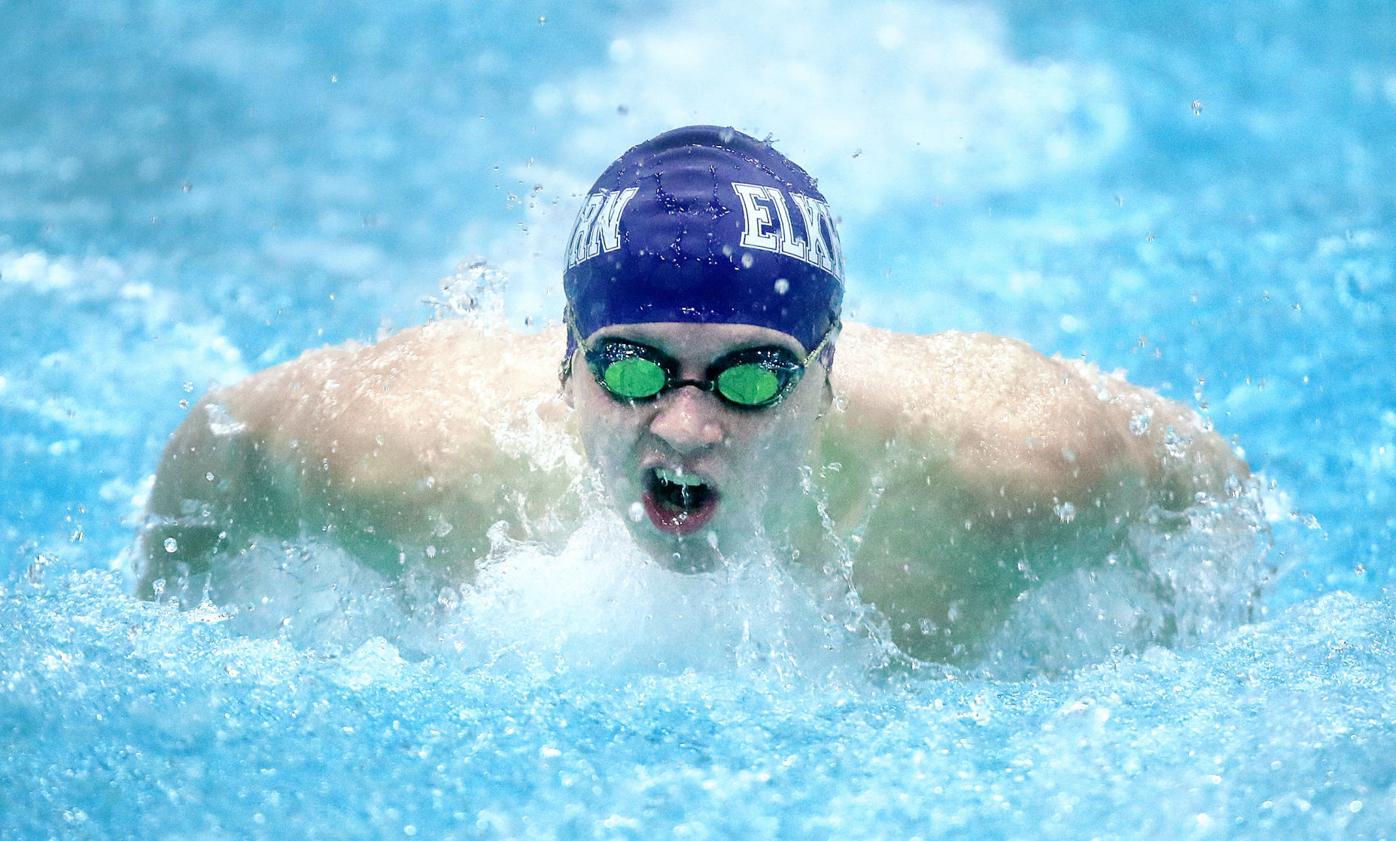 Elkhorn's Hunter Johnson competes in the 100 yard butterfly during the WIAA Division 2 state boys swim meet at the University of Wisconsin Natatorium on Friday, Feb. 21. 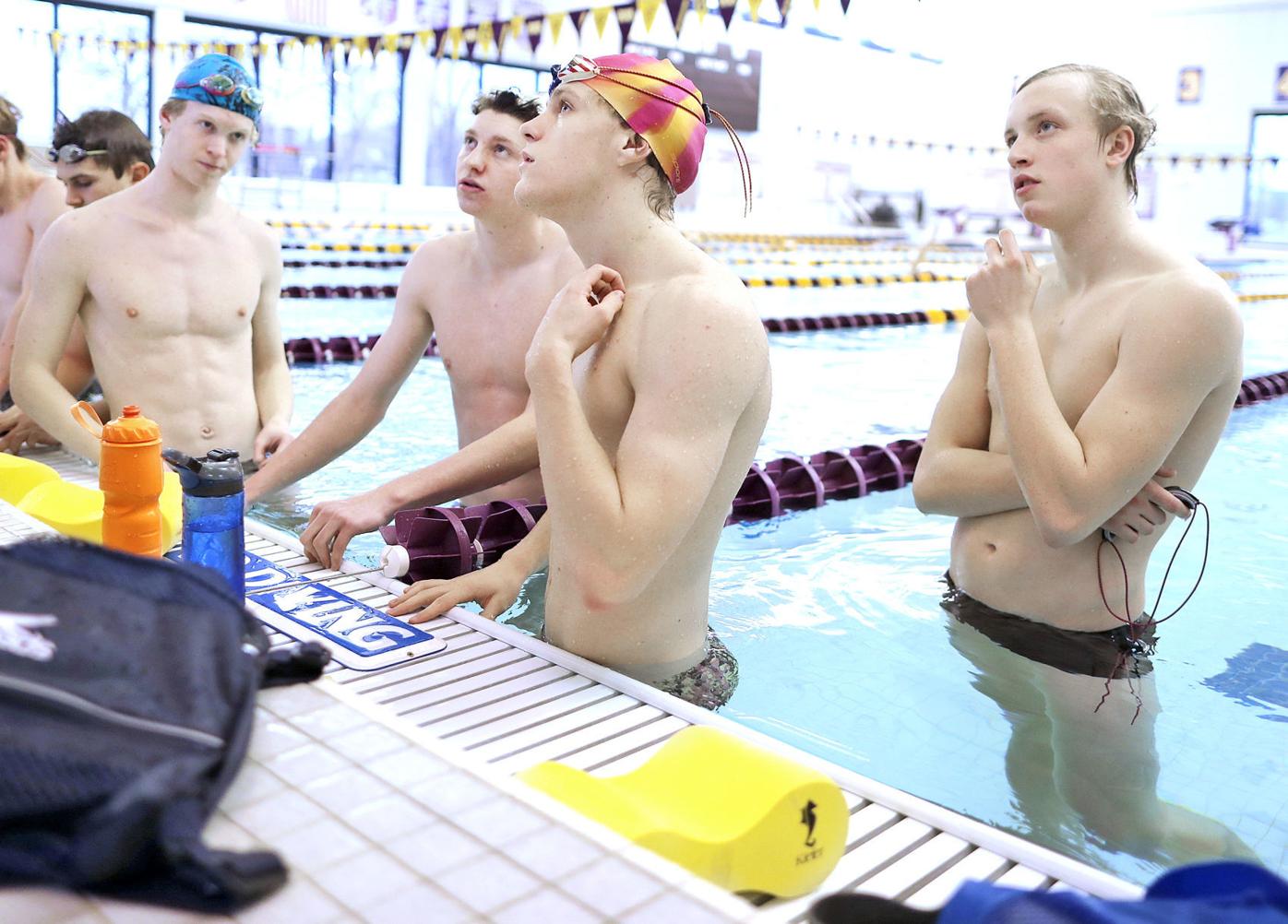 Lucas Koepke, Willy Pinnow, Brevin Kruse and Hunter Johnson, left to right, all listen to their coach during a swim practice in Elkhorn on Thursday, Jan. 17. 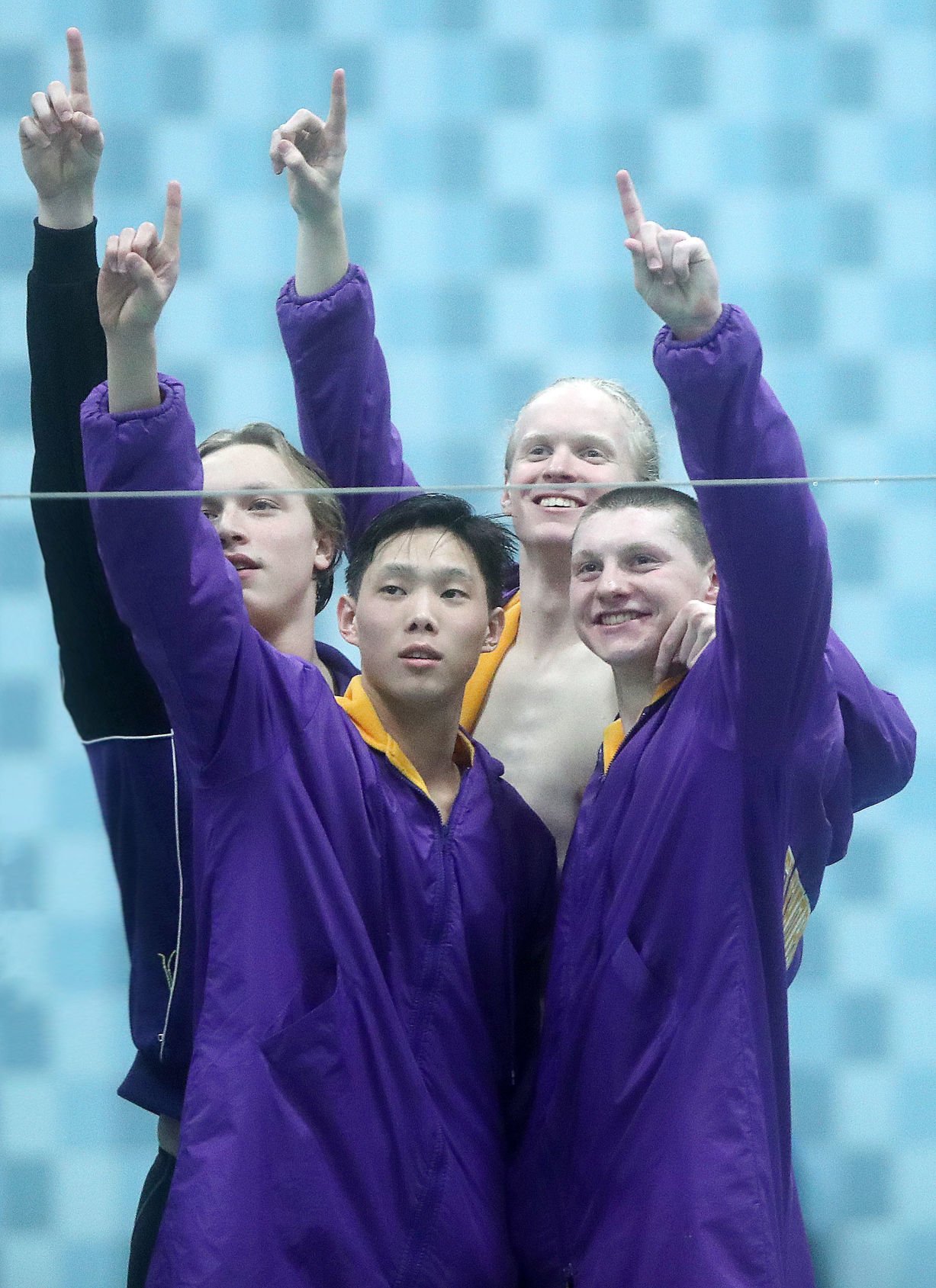 Elkhorn's Hunter Johnson competes in the 100 yard butterfly during the WIAA Division 2 state boys swim meet at the University of Wisconsin Natatorium on Friday, Feb. 21.

Lucas Koepke, Willy Pinnow, Brevin Kruse and Hunter Johnson, left to right, all listen to their coach during a swim practice in Elkhorn on Thursday, Jan. 17.

Hunter Johnson has felt like a fish out of water this spring.

The recent Elkhorn Area High graduate—the school’s graduation ceremony has been pushed back to early August—has spent the past decade of his summer vacations in pools sharpening his swimming skills.

The coronavirus pandemic closed those doors, leaving only lake swims as his workout outlet.

For an avid swimmer who will take his skills to UW-Milwaukee in a few months (his fingers are crossed), the lack of available chlorine water is a bit unsettling.

“I can feel it,” Johnson said of his forced three-month hiatus from pool workouts. “I just don’t feel normal.”

Normal for Johnson—along with fellow Elkhorn seniors Willy Pinnow, Lucas Koepke and Danny Bush—has been being among the best swimmers in the state.

Johnson was honored as the Southern Lakes Conference swimmer of the year for the third straight season. His name dominates the Elkhorn boys swimming record book.

Johnson and Pinnow’s last competition was the Wisconsin State Championships held in early March as part of the Lake Geneva Swim Club, just after the WIAA state meet.

Elkhorn swimming coach Jamie Richardson, who also is feeling a bit out of sorts with her normal summer of serving as a lifeguard and conducting swimming lessons gone, said Johnson’s school records illustrate his finest quality.

“He’s so versatile,” Richardson said of the swimmer who leaves with school records in the 200 freestyle, 200 individual medley and 100 breaststroke and being part of the 200 IM, 100 freestyle and 400 freestyle record relay teams—all set this past season.

So which one of the various strokes is Johnson’s favorite?

“The butterfly,” he said. “It’s the hardest stroke, but it’s my favorite.”

Johnson plans to concentrate on the 200 freestyle and the 100 butterfly once the Panthers team comes together.

“I’m really looking forward to getting to college,” said Johnson, who plans to major in business marketing.

Richardson foresees Johnson and Pinnow extending their success at the Division I college level.

“Hunter has grown into a big frame now,” Richardson said. “He has that swimmer strength and body.”

Pinnow, who was a member of all three school-record relay teams and owns the best mark in the 500 freestyle, will benefit from collegiate distances at Western Illinois.

And the Elkhorn swimming coach knows practices will be different for her whenever the high school season begins.

“It’s been fun watching them,” said Richardson, who made sure the teammates would practice in lanes next to each other to provide them maximum incentive. “They’ve been swimming buds since they were little.”

“Me and Willy are brothers,” Johnson said. “We’ve been through so much together. I’m very glad to have him as a teammate.”

The next time they hit the pool they will likely be 290 miles apart—Johnson in Milwaukee and Pinnow in Macomb, Illinois.

If that’s the case, you can bet they’ll both be smiling.

The fish will be back in the water.