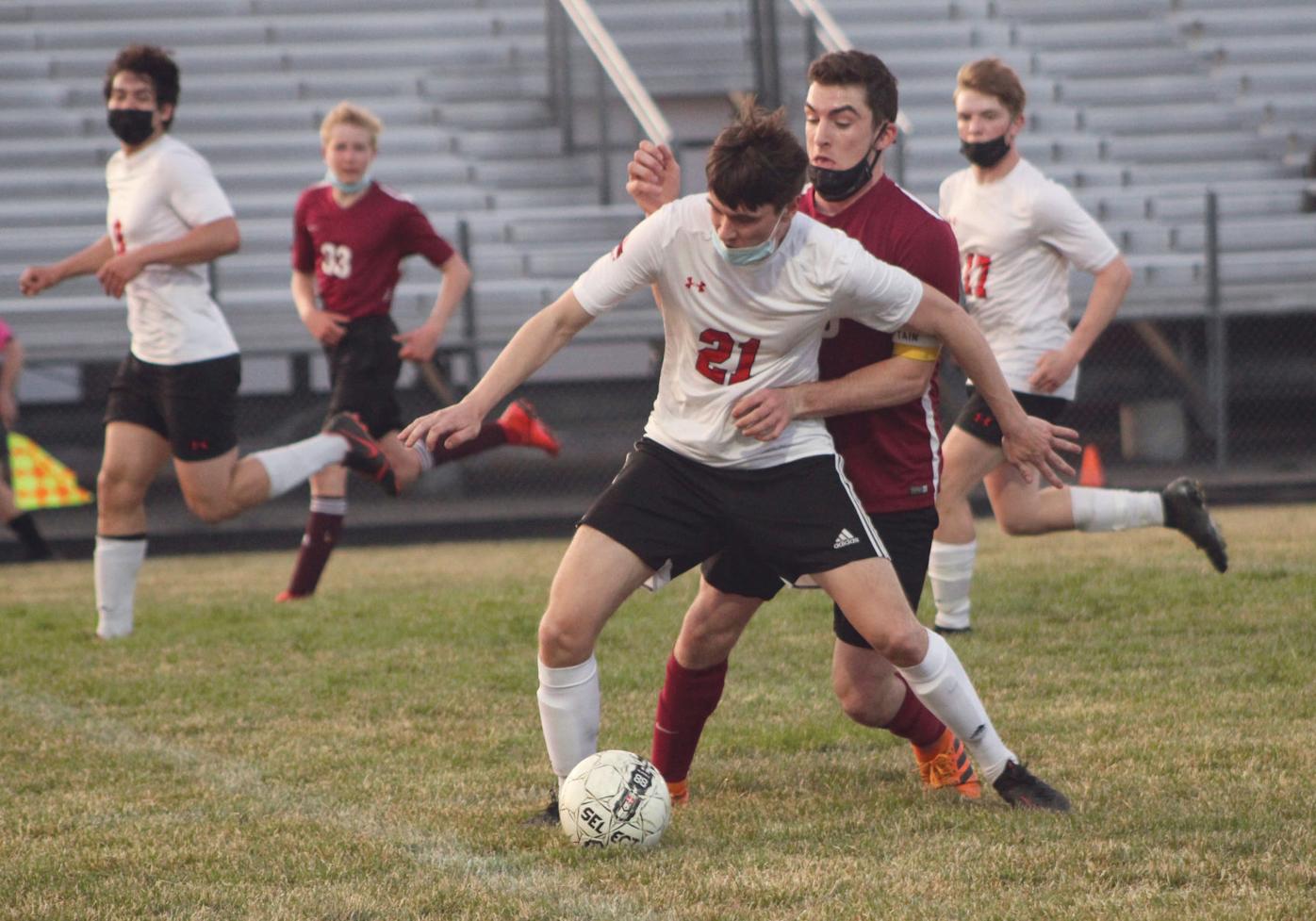 Edgerton’s Jackson Hankes boxes out Jefferson’s Aaron Heine during a match Monday night at Jefferson High School. Heine’s two goals in the final 10 minutes gave the Eagles a 3-1 victory over the Crimson Tide. 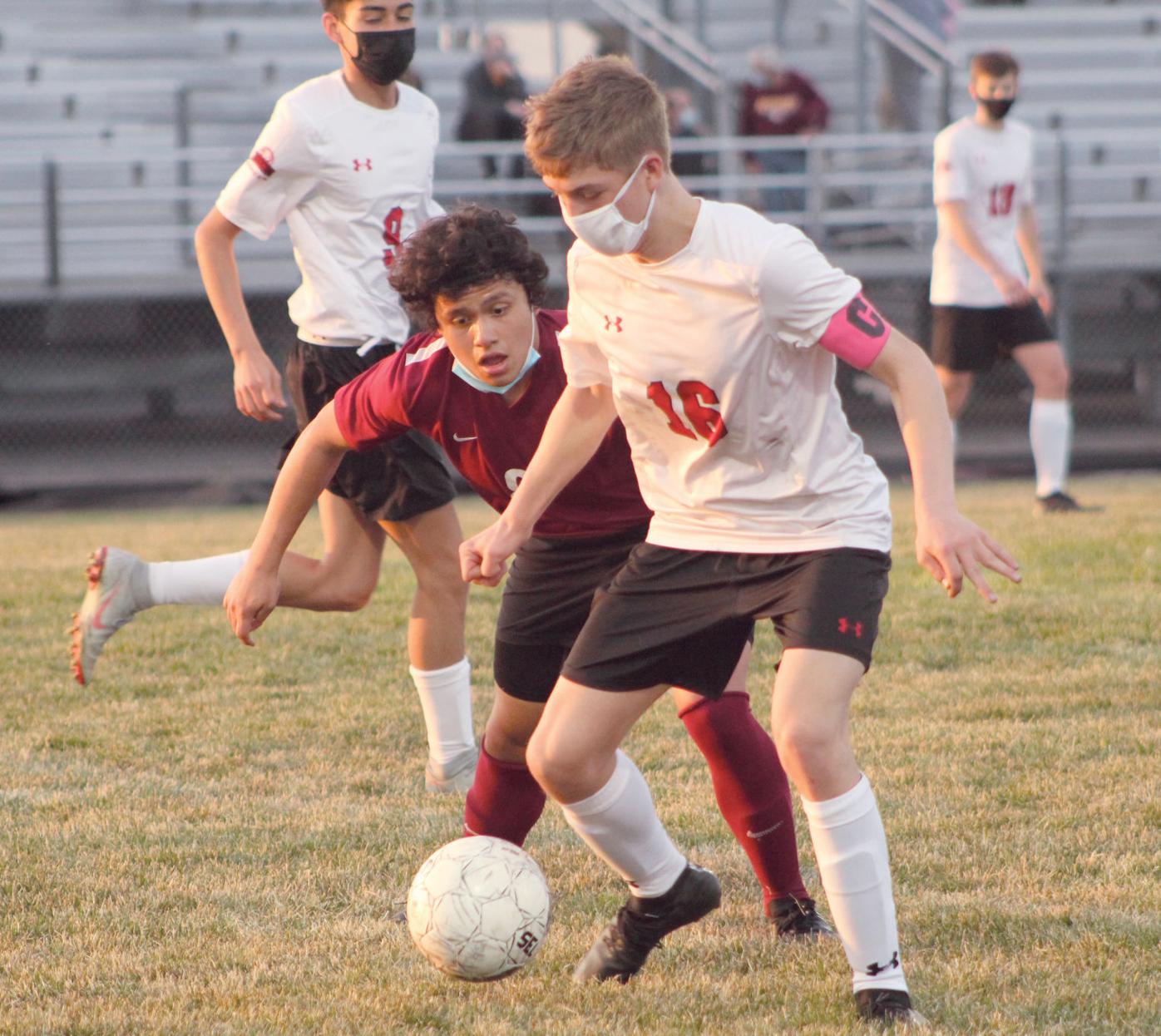 Edgerton’s Jackson Hankes boxes out Jefferson’s Aaron Heine during a match Monday night at Jefferson High School. Heine’s two goals in the final 10 minutes gave the Eagles a 3-1 victory over the Crimson Tide.

The Eagles fell behind but were able to come back and beat Edgerton, 3-1, in a matchup of Rock Valley Conference rivals Monday at Jefferson High School.

“We started a bit slow in the first half, not making good decisions with the ball, and Edgerton took advantage of it and they scored on a long ball,” Jefferson head coach Sam El-Beri said. “But the boys put it together and kept on taking shots and chances and finally we scored a few goals on through balls.”

Jefferson senior Aaron Heine had the first real scoring opportunity of the game in the 10th minute with a breakout chance, but he was called for offsides. Edgerton had a pair of headers that looked dangerous in the 17th, but one went wide left and the other too high.

Heine got another breakout chance in the 23rd but was stuffed by the leg of Edgerton senior goalie Ben Leikness.

In the 23rd minute, Edgerton freshman Westley Hankes found the back of the net off a long-ball opportunity to make it 1-0.

But Jefferson had a response.

The Eagles got on the scoreboard in the 37th minute when Cristofer Loyo netted a score off an assist from Heine.

Both goalies and defenses did their jobs the rest of the first half as the teams headed into the break tied at 1-1.

Like the first half, it was quiet early in the second until Heine was able to break the 1-1 tie with a goal in the 80th minute.

It didn’t take long for the Jefferson speedster to once again find the back of the net. Just two minutes later he made it 3-1. Both scores came unassisted.