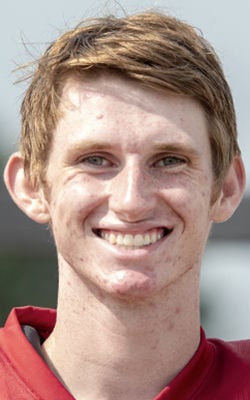 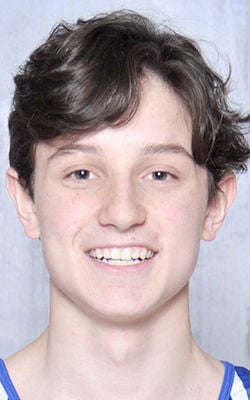 Five notable area high school sports performances and five events to keep an eye on in the coming week.

Vince Umnus, Elkhorn boys soccer—The senior had a goal and an assist in Thursday night’s rivalry matchup against Delavan-Darien. Umnus scored in the 15th minute and added an assist in the 27th as Elkhorn won 2-0.

Logan Eischeid, Big Foot football—The junior quarterback ranks among the Rock Valley’s best in passing yards through four weeks. He completed 12 of 17 passes for 238 yards and five touchdowns to help the Chiefs get their first win of the season Friday against Whitewater.

Gabe Rubine, Janesville Craig boys soccer—The senior captain has already reached double-digit goals this season. He had four in Craig’s 11-1 victory over Janesville Parker on Thursday night and added another one in a 2-1 loss to Kenosha Bradford on Friday.

WHAT TO WATCH FOR

Verona at Janesville Craig, volleyball, 6:30 p.m., Thursday—The Wildcats were unbeaten heading into the weekend and receiving votes in the Division 1 state poll. The Cougars have been serving at a prolific rate to open the Big Eight season. This one should be a thriller.

Janesville Craig at Madison La Follette, football, 7 p.m., Friday—The Cougars need to bounce back from Friday’s lopsided loss to Sun Prairie. This game features a pair of 3-1 teams and a litany of rushing weapons, including La Follette’s Kayvion James-Ragland and Craig’s Tressin Kussmaul, who are among the Big Eight’s leading rushers.

Edgerton at Jefferson, football, 7 p.m., Friday—Speaking of 3-1 teams looking to stay in early contention for their league title, these two rivals are trying to stay on the heels of McFarland.

Janesville Parker Invite, girls golf, 8 a.m., Saturday, at Riverside—Five of the state’s top 10 teams converge on Riverside. We’ll see where No. 9 Milton can stack up against No. 2 Kettle Moraine, No. 4 Edgewood, No. 5 Middleton and No. 8 Stoughton.

Big Foot at Brodhead, volleyball, 6:30 p.m., Tuesday—The Chiefs and Cardinals were great volleyball rivals in the former Rock Valley South. After finishing in the bottom half of the merged Rock Valley last year, they have the potential to join the fray in the upper half this year.