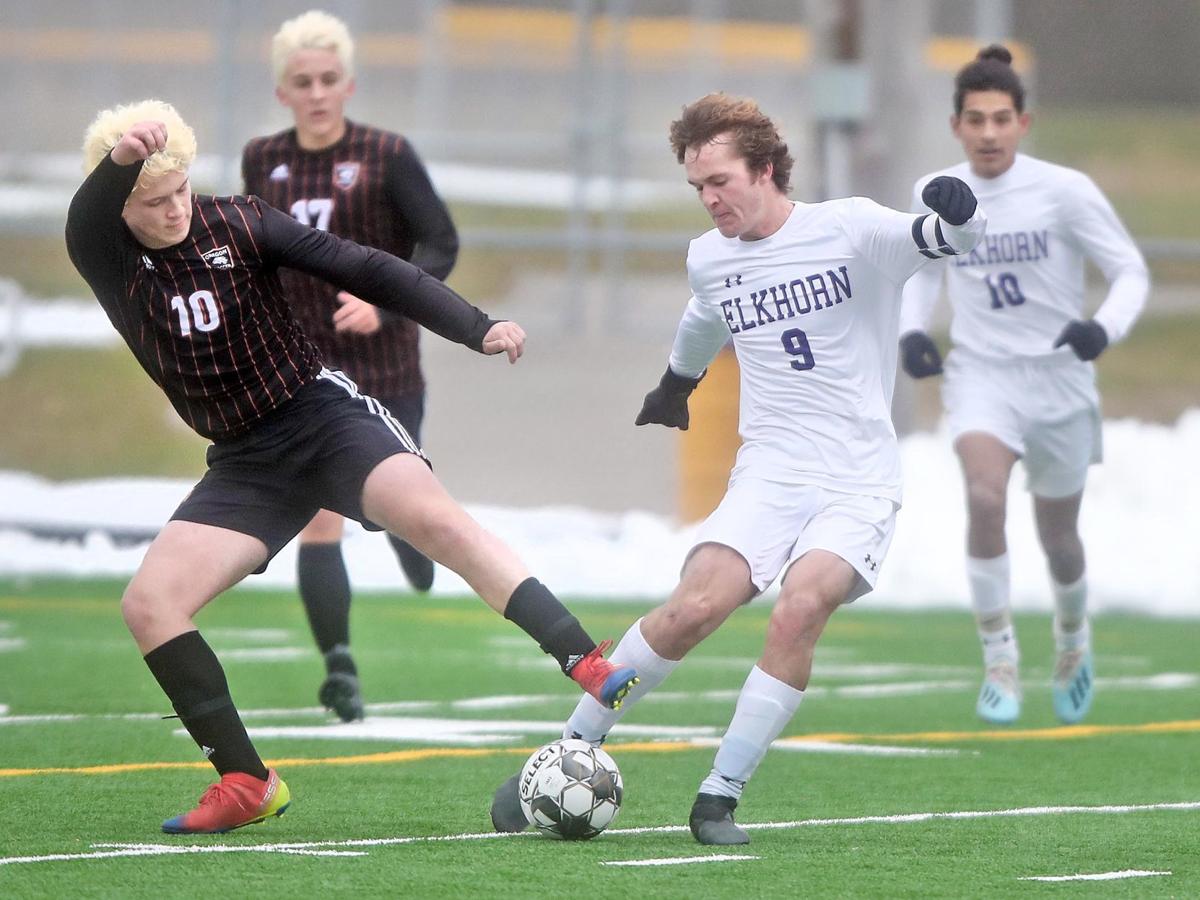 Elkhorn's Alec Birbaum scores on the kick during their WIAA Division 2 boys soccer sectional final match against Oregon at home on Saturday, Nov. 2. 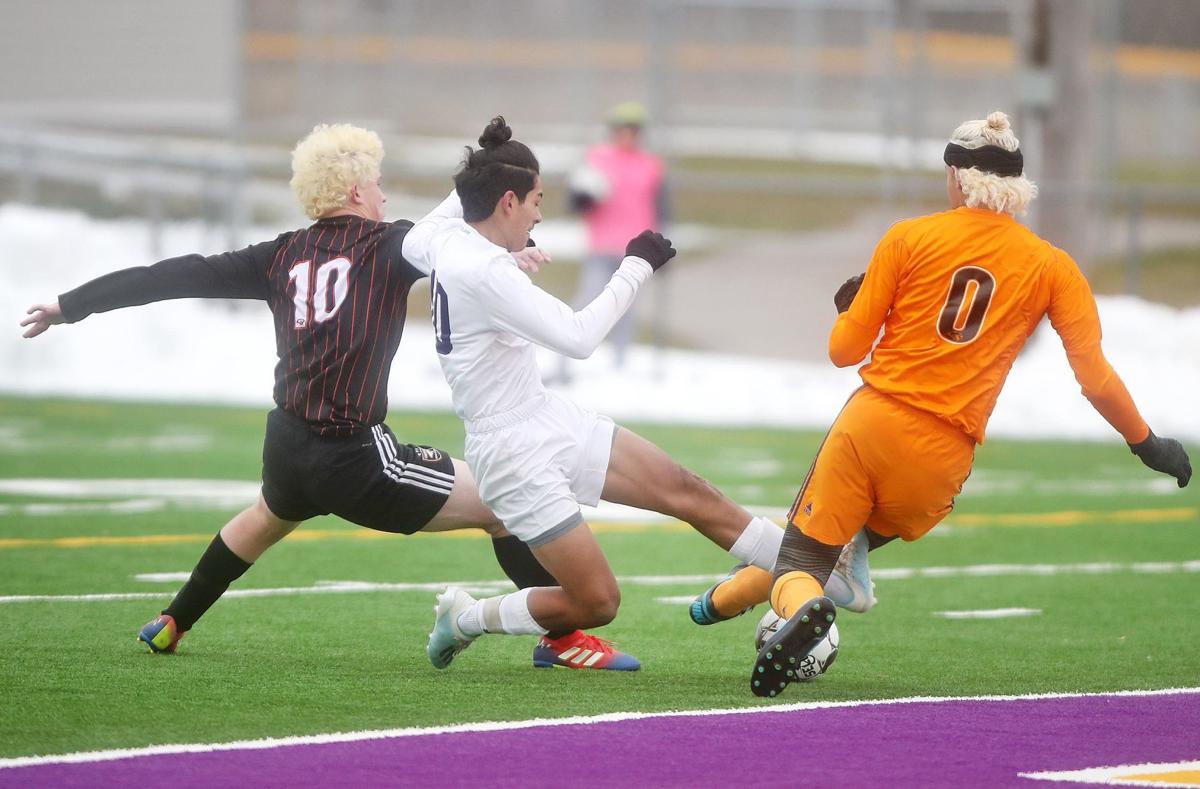 Elkhorn's Luis Roman gets tangled up between Oregon's Leo Krause (10) and goalie Coltrane Lobreglio on then kick attempt during their WIAA Division 2 boys soccer sectional final match in Elkhorn on Saturday, Nov. 2. 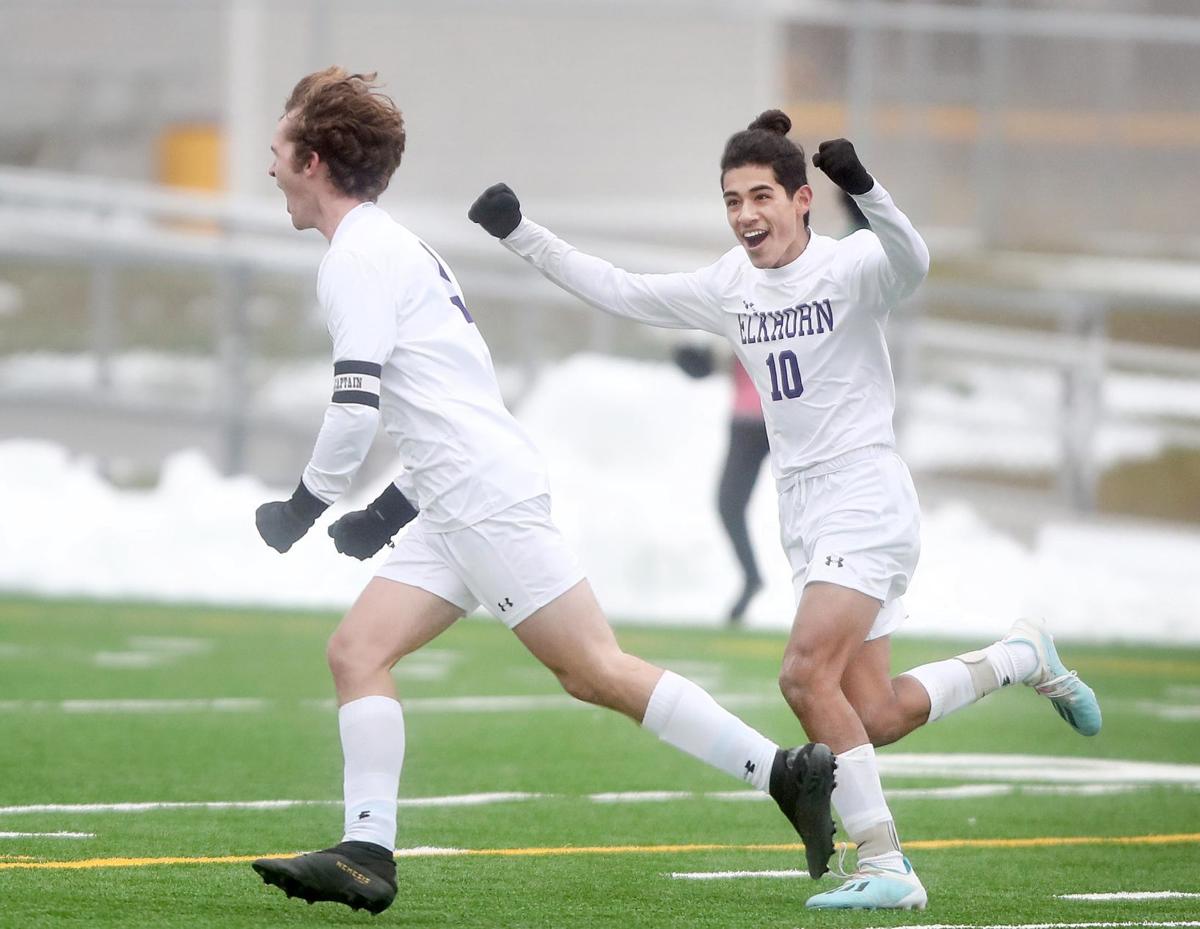 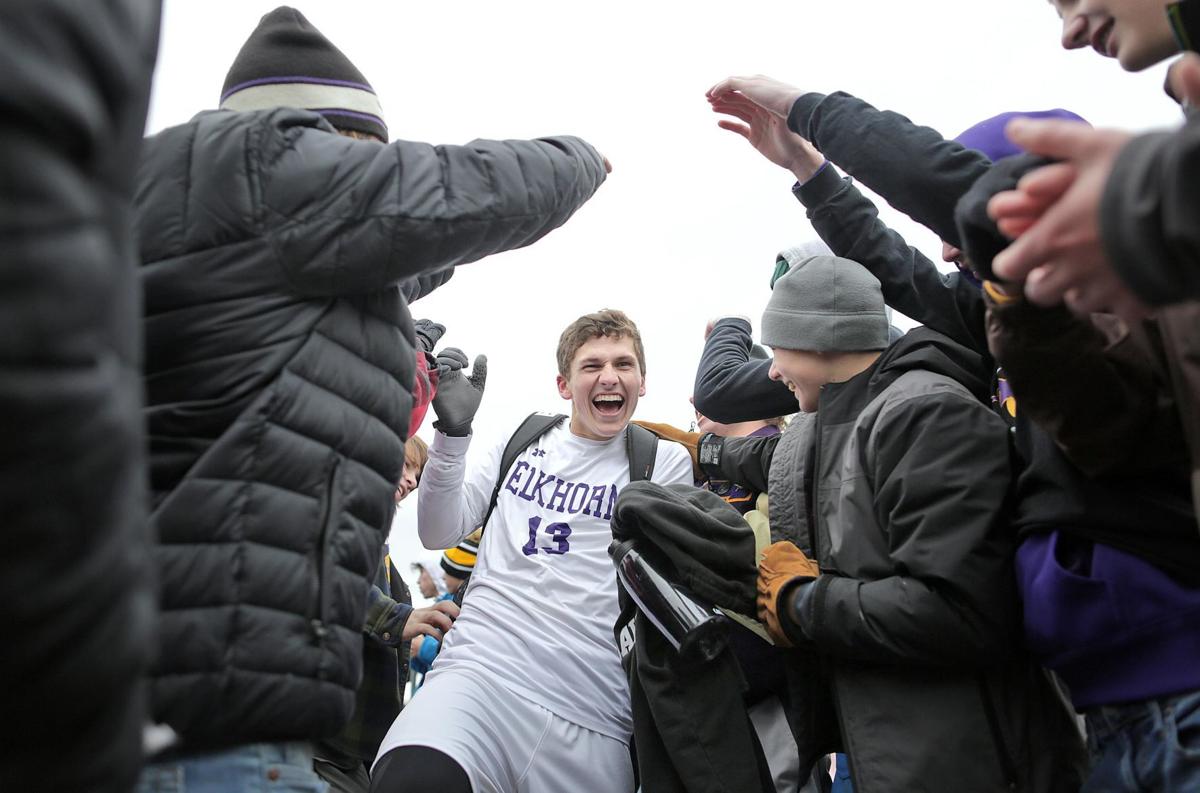 Devon Davey is all smiles as he walks through a group of Elkhorn students after defeating Oregon 2-0 in their WIAA Division 2 boys soccer sectional final match on Saturday, Nov. 2.

Elkhorn's Alec Birbaum scores on the kick during their WIAA Division 2 boys soccer sectional final match against Oregon at home on Saturday, Nov. 2.

Elkhorn's Luis Roman gets tangled up between Oregon's Leo Krause (10) and goalie Coltrane Lobreglio on then kick attempt during their WIAA Division 2 boys soccer sectional final match in Elkhorn on Saturday, Nov. 2.

Devon Davey is all smiles as he walks through a group of Elkhorn students after defeating Oregon 2-0 in their WIAA Division 2 boys soccer sectional final match on Saturday, Nov. 2.

In 2011, simply reaching the state tournament was cause for celebration within the Elkhorn boys soccer program.

It was one of the smaller schools in Division 1 when the sport was still split into just three divisions.

Five years later, advancing to the state championship match was good enough. The Elks went up against Division 2 powerhouse and nationally ranked Whitefish Bay for the title, so few expected Elkhorn to win.

This time, the Elks believe they have what it takes to bring one of the WIAA’s coveted gold ball trophies home.

They are seeded second in the field of four Division 2 teams heading to Uihlein Soccer Park in Milwaukee. Elkhorn (21-1) plays third-seeded Brookfield Central (13-6-1) in a state semifinal at 1:30 p.m. Friday, following the semifinal between top-seeded Brookfield East (16-2-2) and New Richmond (21-2-1).

The Elks boast five players with at least 15 goals scored.

Elkhorn also has a handful of defenders who committed to a new position at the beginning of the year and a senior standout who can say he is a part of both of those groups.

It’s all added up to a 21-match winning streak and a feeling that the Elks have a chance to win their first state championship.

“In ’11, we were in Division 1 and it was a tough battle just to get there, going against the Neenahs and the Marquettes. Just getting there, I think they were satisfied,” Elkhorn coach BZ Kayser said. “In ’16, Whitefish Bay was a wrecking ball. Getting to the final was a great goal for us. They were like No. 2 in the nation.

“This year, I think a lot of the teams are equal. I think we can play with everybody there, and obviously they can play with us, too. It’s going to be a good battle for all four teams.”

Statistically, none of the other three teams can match Elkhorn’s scoring depth.

New Richmond senior Andrew Johnson had a whopping 39 goals and 34 assists in his firs 22 matches, which clearly stands out. But there are just seven other players between the other three teams who had scored at least 10 goals heading into the postseason.

The Elks have five such players, with senior Devon Davey leading the way with 21. Senior Luis Roman has netted 19 goals, senior Alec Birbaum and junior Luke Schoeneberg each have 17, and freshman Ray Beilman has added 15.

“We have a lot of guys that can put the ball in the back of the net, and we just work really hard when we’re out there,” Schoeneberg said. “It’s just however we can get it done, we let it come to us.”

Birbaum said the chemistry that goes into that many players contributing has developed from all of them playing together at the club level every season.

“What people don’t see is the offseason work we put in, like pretty much every one of the guys is coming in five days a week in the winter and the mornings before school, playing soccer in the spring,” Birbaum said. “We don’t all separate and go to different clubs, we stay as a team and really work with our chemistry.

“It’s amazing to see the outcome.”

One issue Kayser and the Elks needed to sort out was who would patrol the back line on defense.

“We lost a lot of key guys from last year, our whole defensive line,” Schoeneberg said. “We didn’t really have a set defensive line.”

Davey is essentially a Swiss Army knife for the Elks. Not only does he lead the team in goals scored, but when an Elkhorn opponent has a dynamic goal scorer, Davey can shift to the back line to man-mark and shut down the threat.

“They’ve all taken ownership of it,” said Kayser, who is 160-37-10 in 10 seasons with Elkhorn. “I mean, we have a bunch of midfielders and forwards, but we don’t have true defenders.

“So we had to figure out who wants to play defense. It wasn’t like we had to twist their arms, but it was a little bit of working on it. It’s not easy to being used to going forward all the time, but the positive thing is they have good touch, know how to move the ball and understand to keep shape.”

The results speak for themselves. The Elks have 14 shutouts in 22 matches and have allowed more than one goal in a match just twice this season.

One of those two matches where opponents actually found success was Elkhorn’s season opener, when it lost 3-0 to its old nemesis, Whitefish Bay.

“Seeing how good Whitefish Bay was, it was a good pace-setter for the season,” Birbaum said. “It’s just been our goal to work our way up so we could eventually beat them.”

That will not be necessary now that Brookfield East beat Whitefish Bay 1-0 in a sectional final. But the goals still stand, and the opening loss still serves as motivation.

“Obviously it was just the first game of the year, but it was kind of just like, ‘OK, let’s get it going,’” Davey said. “Ever since then, we’ve been playing well together.”

The Elks have won all 21 of their matches since. That includes a 2-0 win over state-ranked Waukesha West, a 1-0 defeat of Kettle Moraine and a pair of victories over Division 3 state-ranked Delavan-Darien. Oh, and after beating Sauk Prairie in a sectional semifinal, the Elks earned a 2-0 victory in Saturday’s sectional final against Oregon—the team that beat Elkhorn in a shootout in a sectional final last year.

“Saturday could be the main highlight of our soccer career.”

First things first, the Elks must run their winning streak to 22 matches.