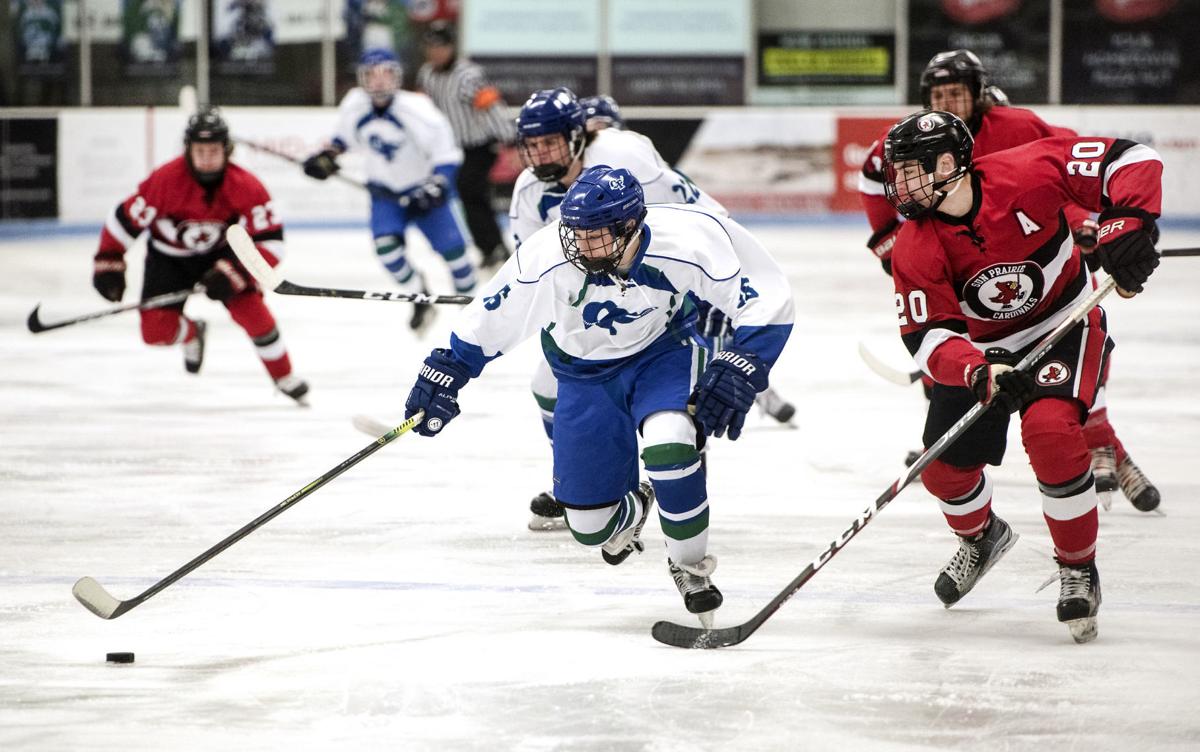 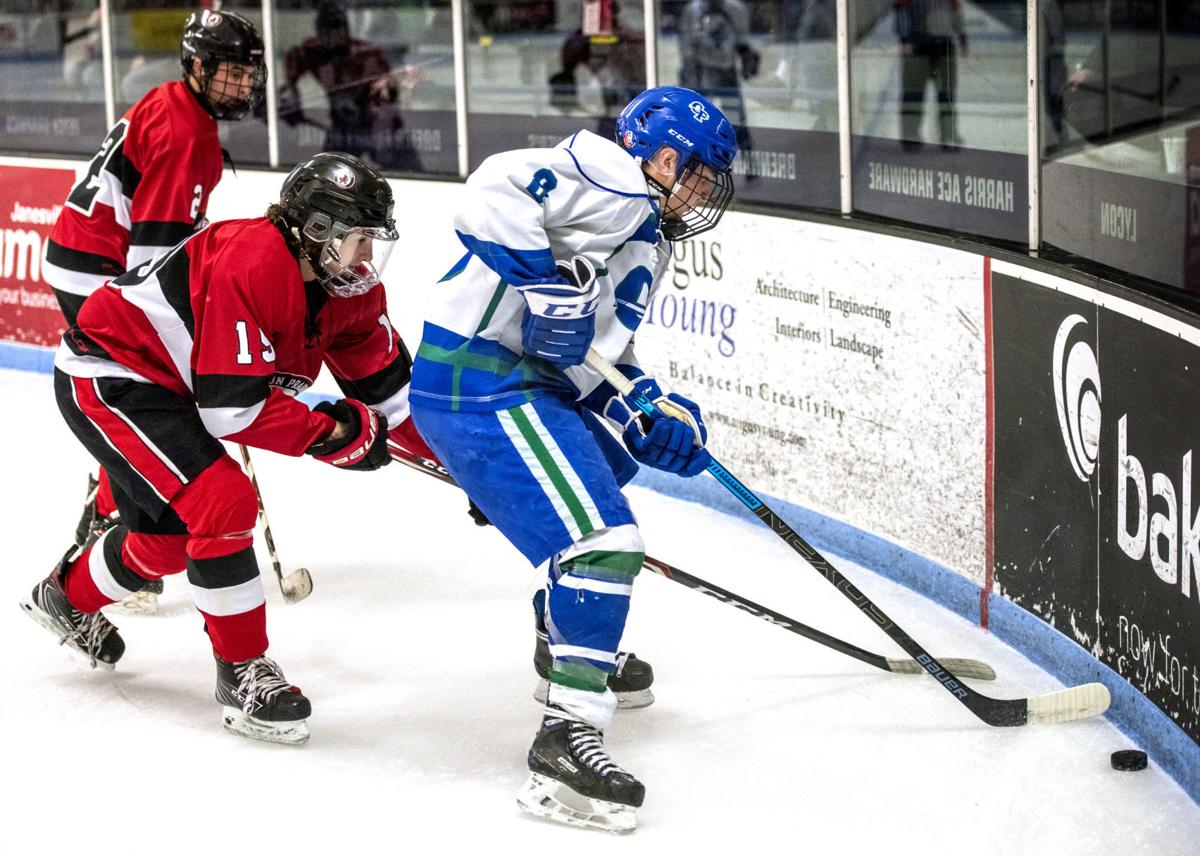 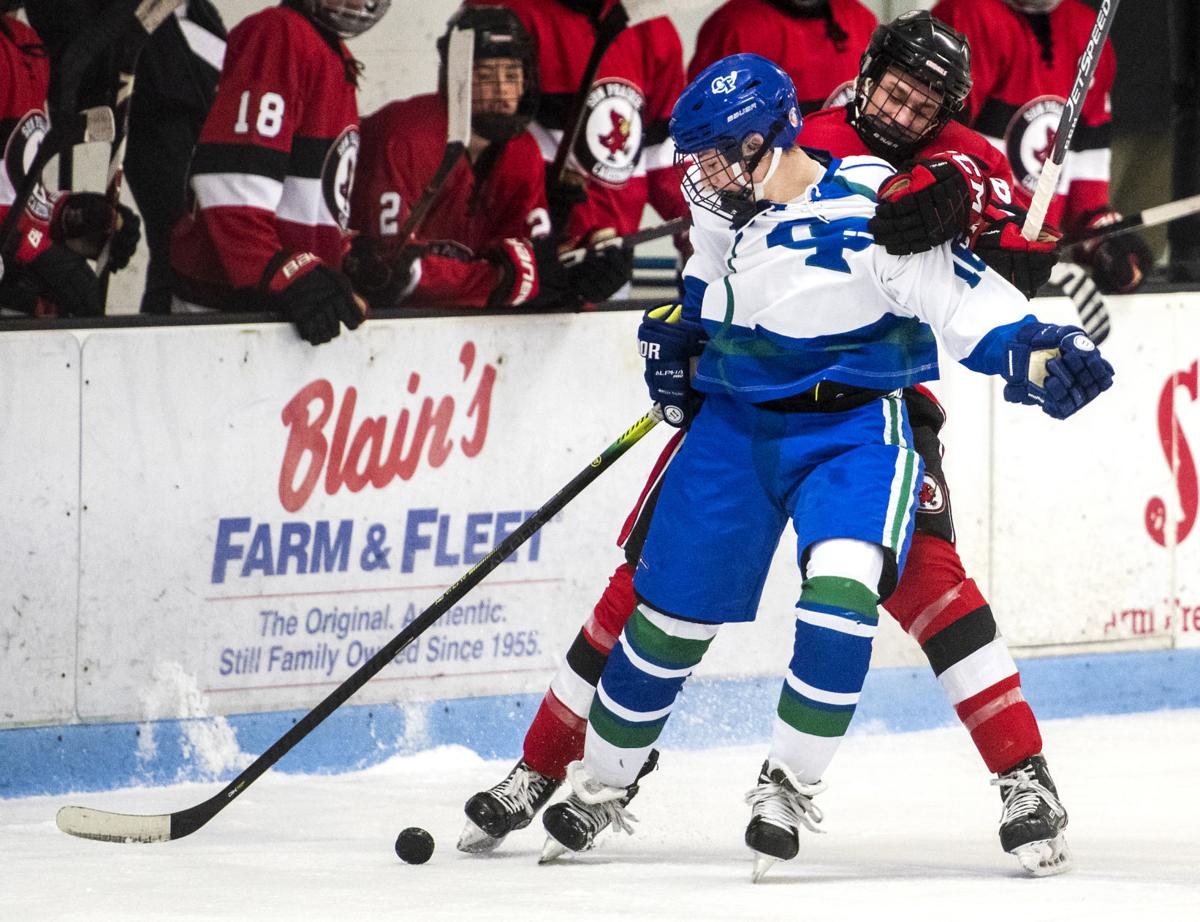 A slow start grounded the Janesville Bluebirds on Wednesday night.

Janesville fell to 7-15 overall and finished 4-10 in the Big Eight. The Bluebirds wrap up the regular season with a nonconference game at Cedarburg tonight.

Sun Prairie finished the regular season with an 18-6 record and was second in the Big Eight to Verona at 11-3.

Nick Johnson blasted a wrister from just inside the blue line to make it 1-0 at 2:52 of the first. Kaden Brunson pushed the lead to 2-0 less than two minutes later.

“They’ve got five guys that are really good and can shoot the puck,” Janesville coach John Mauermann said of Sun Prairie.

“And although we had some good opportunities early too, we didn’t put the puck in the net and they did.

“It’s frustrating because on back-to-back nights, we played pretty well against two of the best teams in the state.”

Janesville lost to Verona 4-2 on Tuesday in a game that was tied 2-2 with three minutes left.

Trailing 2-0 after one period, Janesville got within one on Jake Schaffner’s power-play goal just 22 seconds into the second period. The talented Janesville Craig freshman flipped a backhander past Alex Liegel at the end of the power play.

Sun Prairie answered quickly on Carter Watters’ goal two minutes and made it 4-1 on Dominic Mariani’s power-play goal at 9:10 of the second.

“Too many times this season, we get ourselves back in the game only to have a poor penalty really cost us,” Mauermann said. “And that happened again tonight. You can’t take a penalty at center ice like that.

“We’ve gotten into some bad habits this season, and at this point, they shouldn’t be happening any longer.”

Janesville trailed 5-1 after two periods but got an unassisted goal from Walker Kulas at 6:55 of the third to make it 5-2. The Cardinals capped off the scoring on Davis Hamilton’s goal at 12:33.

Cody Kaas made 33 saves for Janesville.