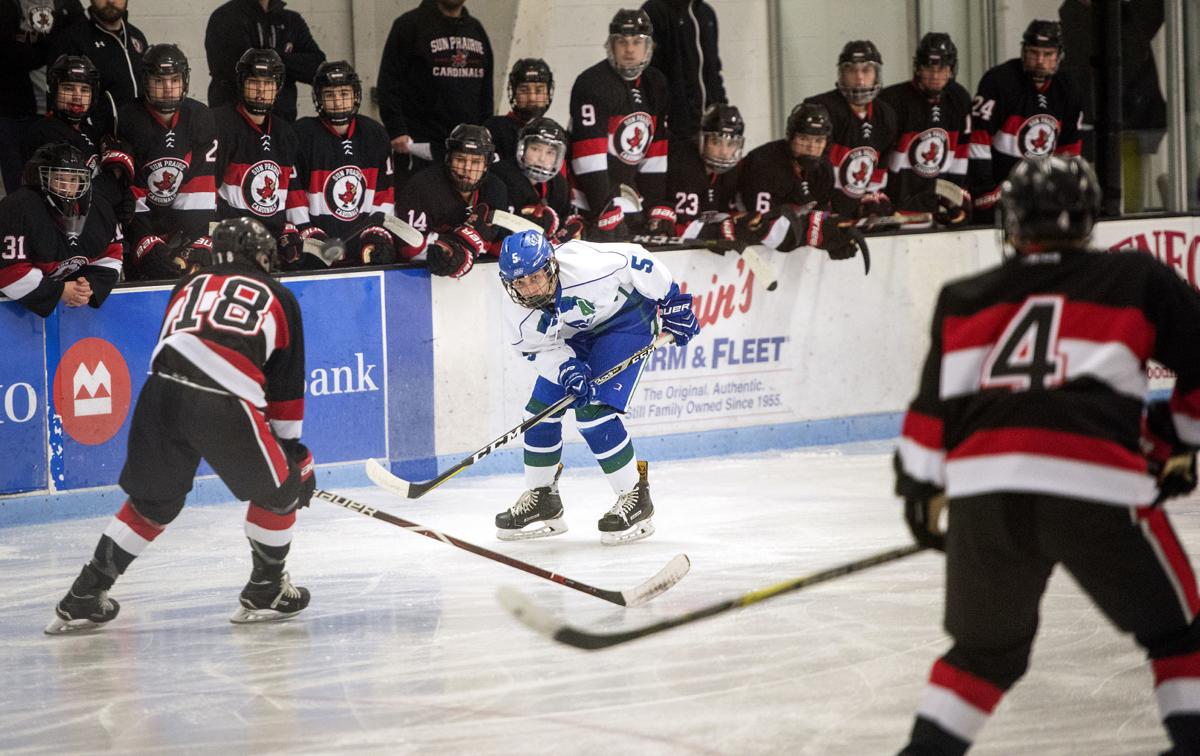 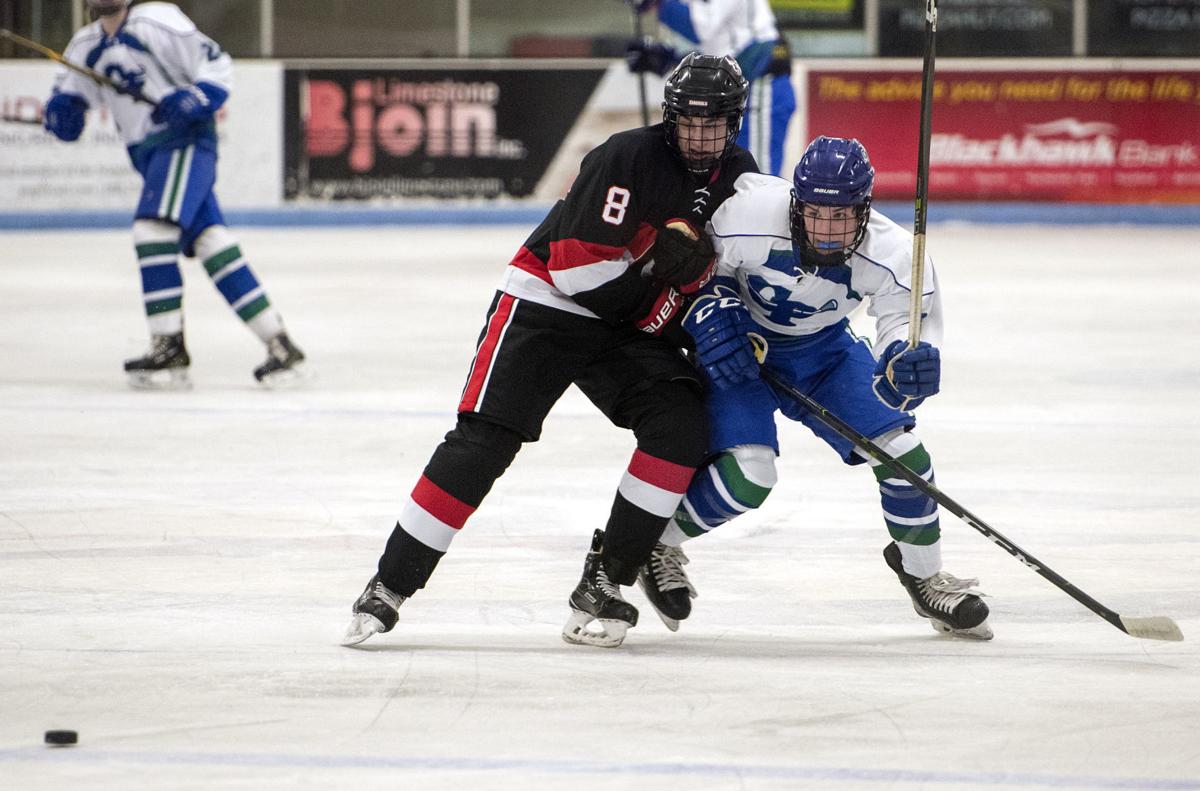 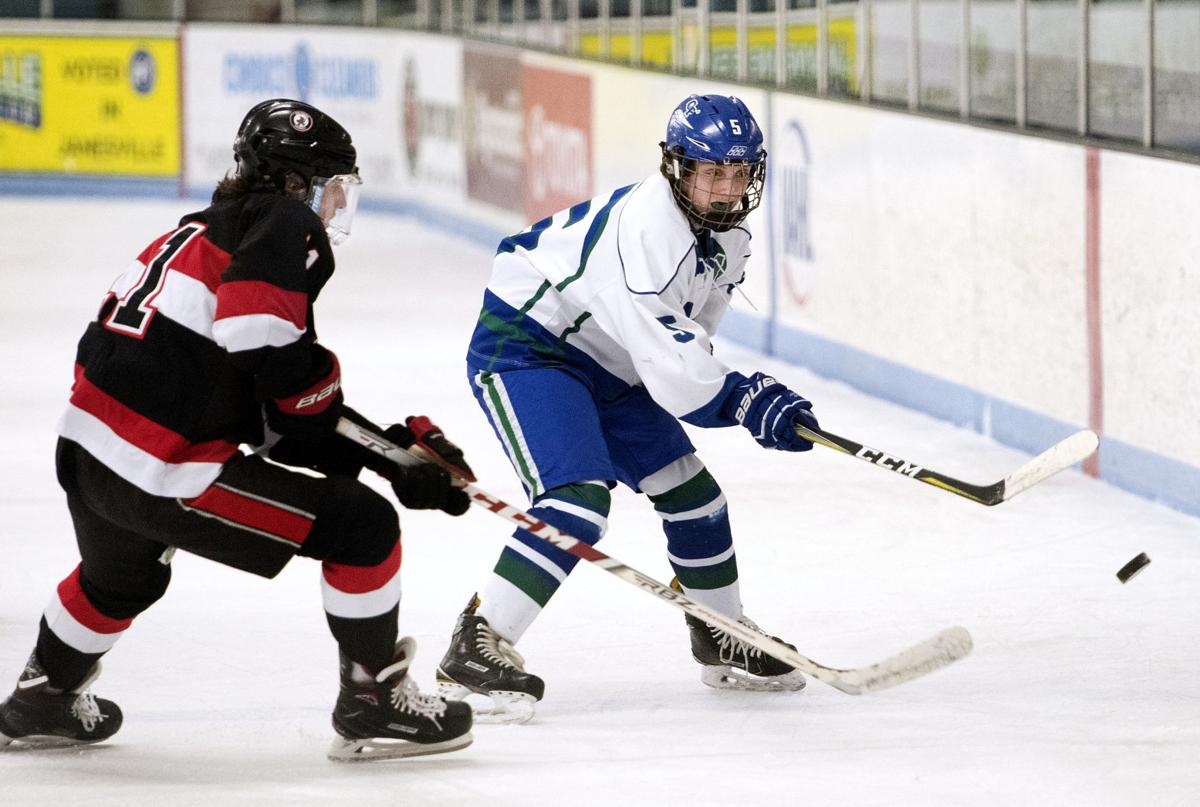 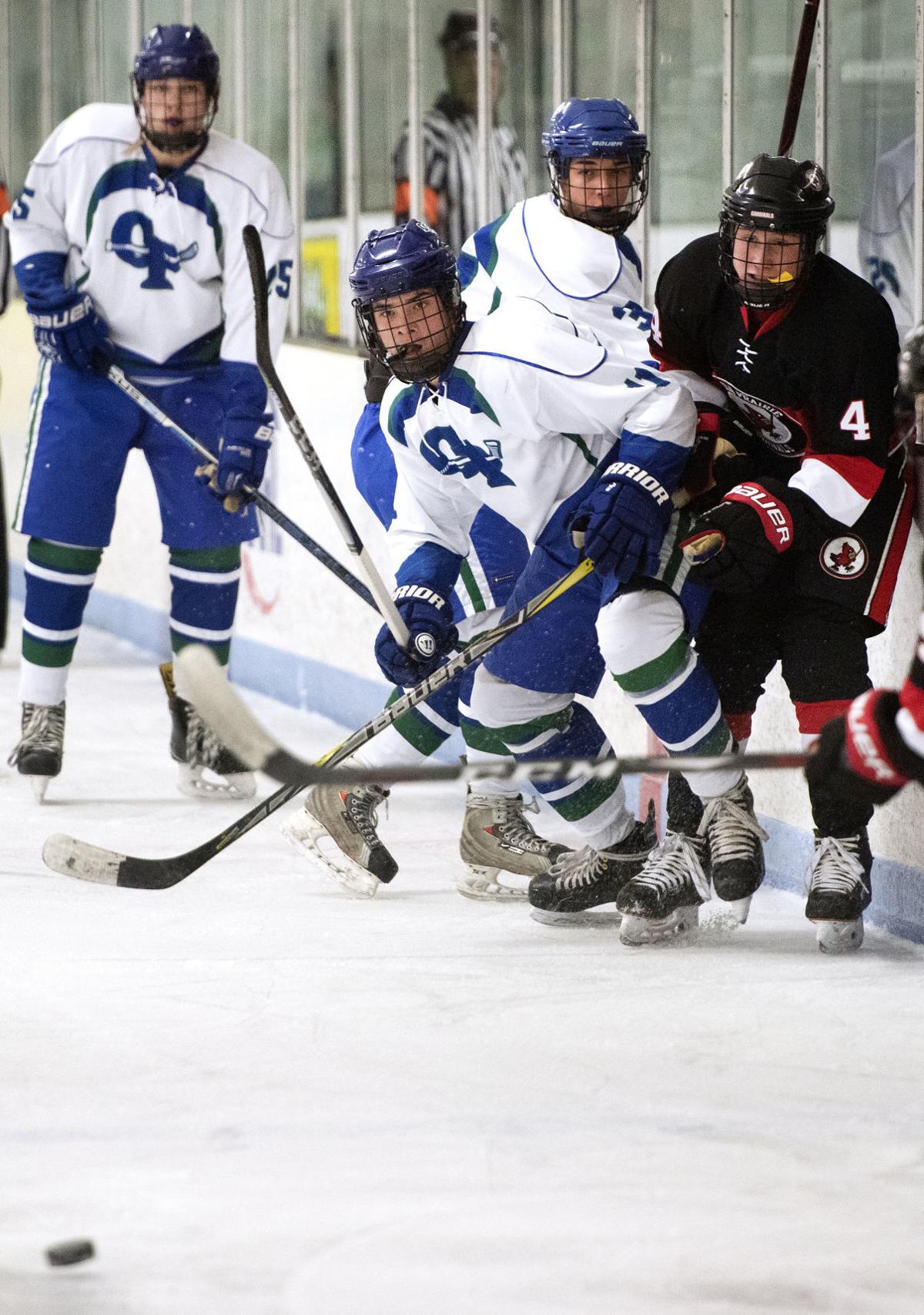 Janesville and Sun Prairie players run after the puck Tuesday, December 4, 2018, at the Janesville Ice Arena.

Janesville and Sun Prairie players run after the puck Tuesday, December 4, 2018, at the Janesville Ice Arena.

One Sun Prairie line essentially buried Janesville all by itself Tuesday night.

Four of those five goals came in the opening period, as the Cardinals skated away from the Bluebirds 9-0 at the Janesville Ice Arena.

“We’d have a good shift and do things well but then not finish,” Janesville coach John Mauermann said. “And then when they had their chances, they were burying pucks.

“We had several good looks, but then we’d have a breakdown. They’d smell the blood and took advantage.”

Kernen sniped a shot from the left circle to open the scoring at 2:49. Brunson and Halbleib followed by each scoring over a span of just 16 seconds just two minutes later.

Halbleib struck again midway through the period when he finished off a rebound, and Kernen found the back of the net less than three minutes into the second period to make it 5-0.

Kernen, Halbleib and Brunson had accounted for 11 of the 13 points in that span.

“We’re a work in progress,” Mauermann said. “The catch is, I’d rather play a good Sun Prairie team and learn about our strengths and weaknesses than play an average team and not learn anything.

“In reality, we might have been better in some ways tonight than we were when we won the other night.

The Bluebirds look to bounce back Thursday when they play at Madison West at 7:30 p.m. at Madison Ice Arena.