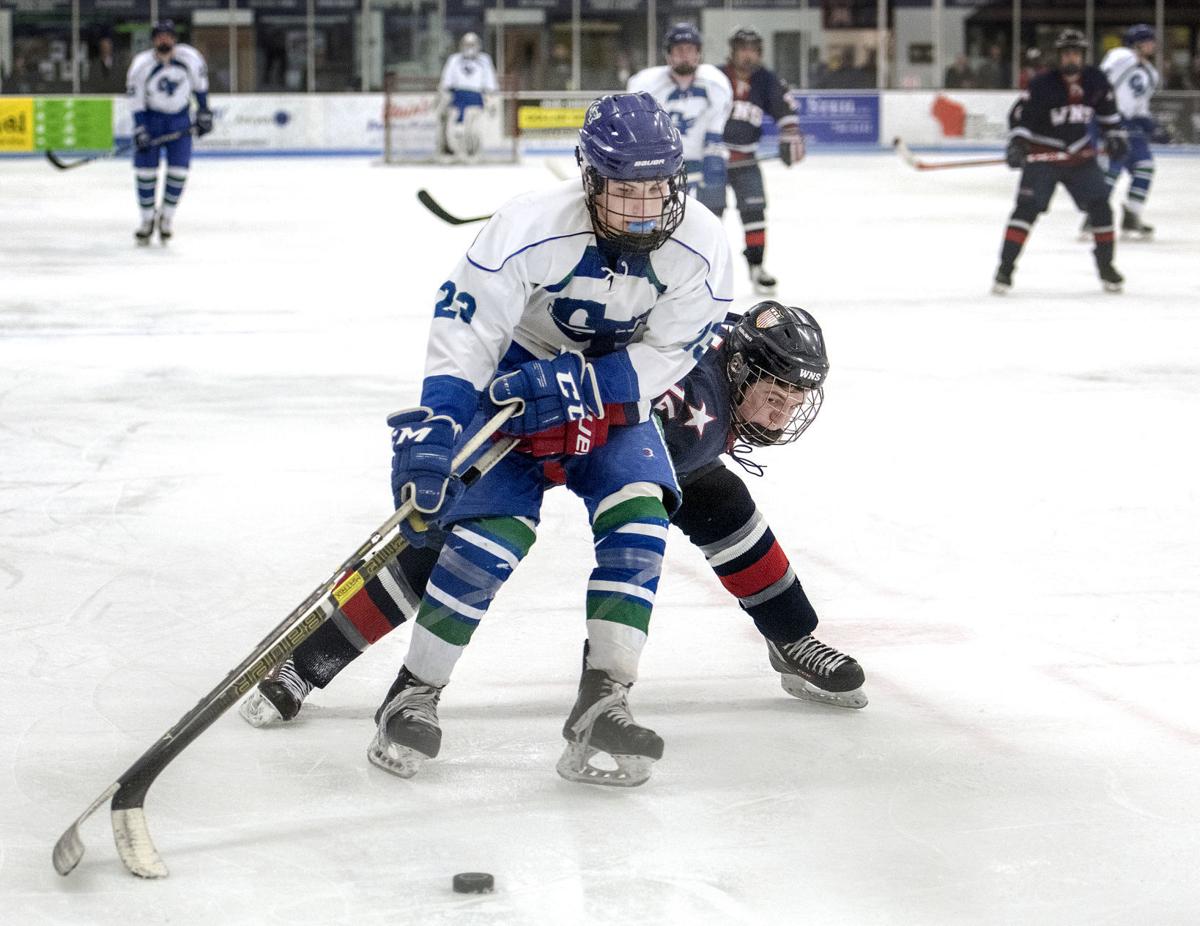 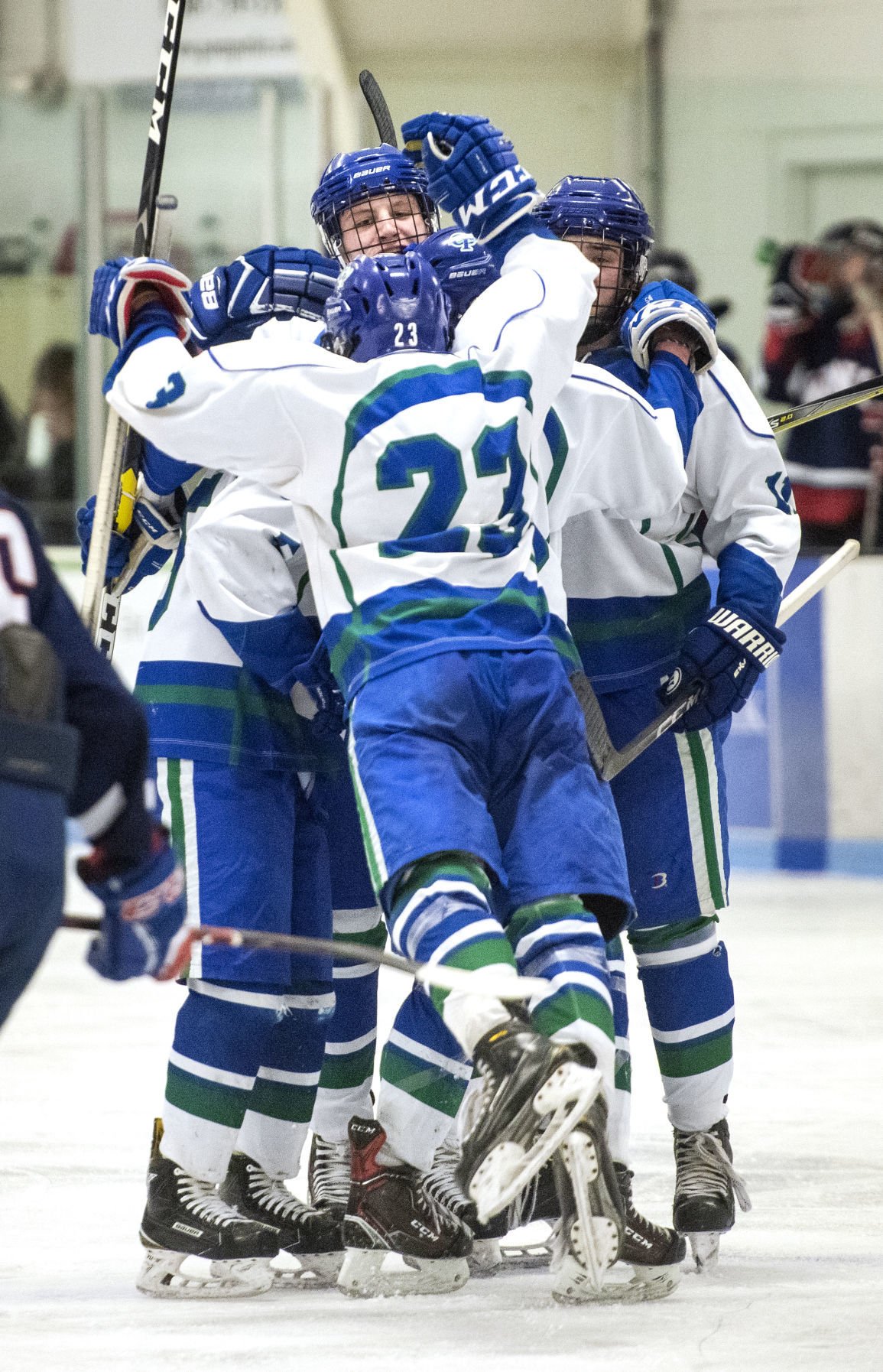 Janesville players surround their teammate Cayden Erickson (22) after his goal in the second period of the Bluebirds' game against Whitefish Bay on Thursday, February 14, 2019, at the Janesville Ice Arena. 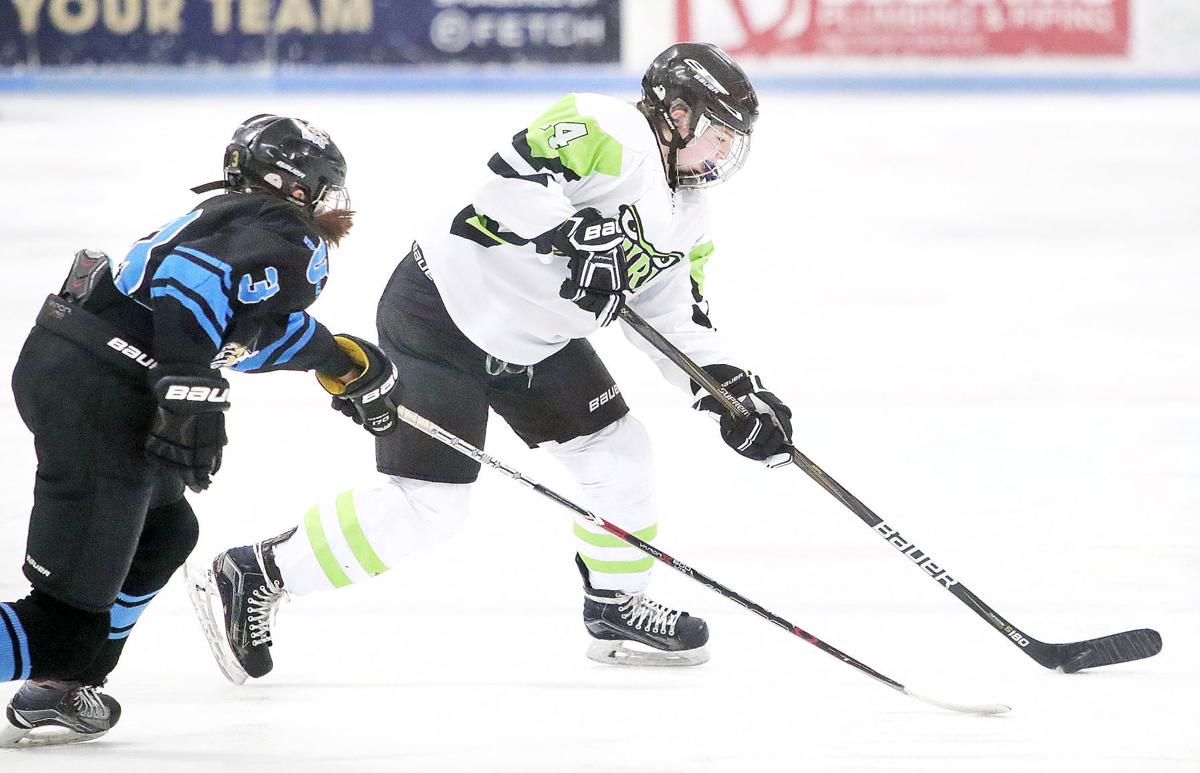 Fury's Sara Loerke passes the puck forward during the first period of their game against Wisconsin Valley Union in Janesville on Friday , Feb. 8. 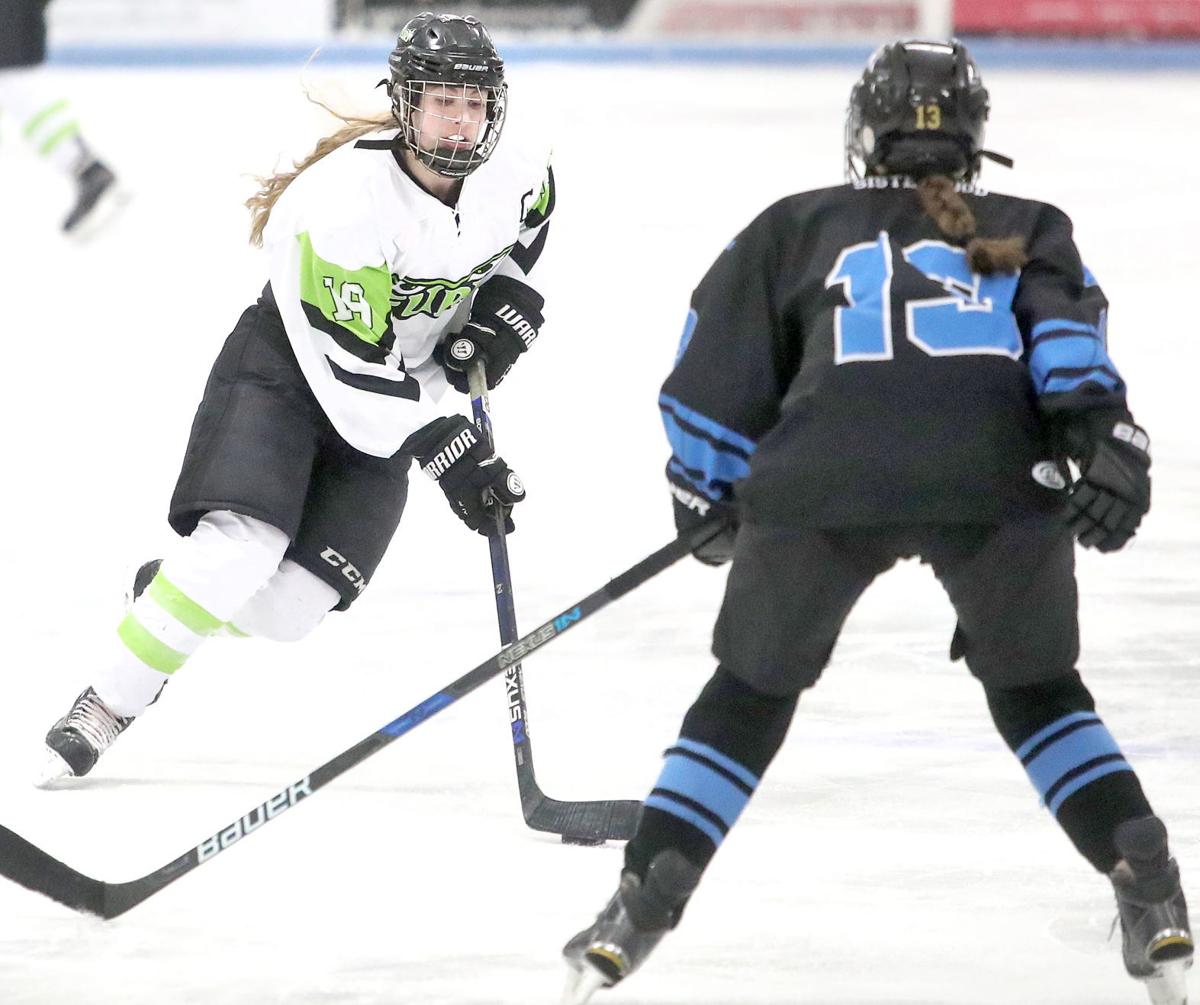 Fury’s Cammi Ganshert with the puck during the first period of their game against Wisconsin Valley Union in Janesville on Friday , Feb. 8. Rock County Fury lost 1-3.

Janesville players surround their teammate Cayden Erickson (22) after his goal in the second period of the Bluebirds' game against Whitefish Bay on Thursday, February 14, 2019, at the Janesville Ice Arena.

Fury's Sara Loerke passes the puck forward during the first period of their game against Wisconsin Valley Union in Janesville on Friday , Feb. 8.

Fury’s Cammi Ganshert with the puck during the first period of their game against Wisconsin Valley Union in Janesville on Friday , Feb. 8. Rock County Fury lost 1-3.

A fly on the wall at the Janesville Ice Arena lately might be wondering: “Is there an echo in here?”

The Janesville Bluebirds—the city’s boys co-op—get a chance to avenge a 6-1 loss in December to the Waukesha co-op when they play Tuesday night in Waukesha.

The Rock County Fury—the area’s girls co-op—host Onalaska the same night. The Fury lost 5-3 in a regular-season meeting between the teams.

Both teams expect to be in better position defensively during their sectional semifinal rematches.

Coach John Mauermann believes the Bluebirds’ first meeting with Waukesha was a turning point for his team.

Janesville’s record since then seems to back him up. The team is 11-12 overall but 8-4 since losing to Waukesha.

“That weekend kind of opened our eyes,” Mauermann said. “We’ve been playing well ever since, and against some really good teams.

And actually, despite the 6-1 result, Mauermann said he was hardly disappointed with how his group played Waukesha the first time around.

“We spent about two-thirds of the time in their end, but we got caught up in the offensive end and gave up a couple odd-man rushes, and they’d come down and score,” he said. “We were competitive, but it didn’t show that on the scoreboard.”

The Bluebirds have been working on defensive positioning since that loss, and it shows.

Conversely, in their 12 losses this season, opponents are averaging a whopping 6.4 goals per game.

“We’ve been doing a better job of staying on the defensive side of people, so we don’t get caught in an odd-man rush,” Mauermann said. “Those rushes allow teams to bring the puck into the zone with speed. If we force them to bring it in slow, we can counter with our speed through neutral ice.

“Your chances of scoring improve, and your chances to give up goals are less.”

The winner between top-seeded Waukesha and fourth-seeded Janesville will meet the winner of second-seeded Marquette and third-seeded Kettle Moraine in a sectional final at 7 p.m. Friday at Naga-Waukee.

Fury get rematch at home

The key difference for the Fury is they are the No. 2 seed in their girls hockey sectional, meaning their rematch with third-seeded Onalaska comes at home Tuesday night at Edwards Ice Arena in Beloit.

But after allowing five goals—only No. 2-ranked Fox Cities scored more against Rock County this season—against Onalaska the first time, the Fury are—just like the Bluebirds—focused on their defense.

“We’ve been doing a lot of back-checking drills to protect our house in front of the net,” Fury head coach Luke Steurer said. “They’ve got a couple girls on their top line that can really produce, if you allow them to.

The last time we played them, we were up 2-0 in the first period but just kind of stopped playing. So we just need to look at playing a complete game.”

Playing at a high level with consistency has been a challenge for the Fury this season, particularly at the back end of the year.

After going 9-3-1 in their first 13 games, they are 5-6-1 since then, though they got a critical 2-1 victory at Cap City in their regular-season finale, capturing an outright Badger Conference title.

“It’s been an up and down all season, for us to play a constant game,” Steurer said. “We’re definitely going to have to get some momentum, keep it going and play up to our potential. When wep play like we can play, we’re tough.”

If the Fury can avenge their regular-season loss to Onalaska, they’ll play in a sectional final at 7 p.m. Friday at Madison Ice Arena. Cap City is the No. 1 seed and hosts Metro Lynx in the other sectional semifinal. Rock County and Cap City have met in sectional finals each of the past two seasons.