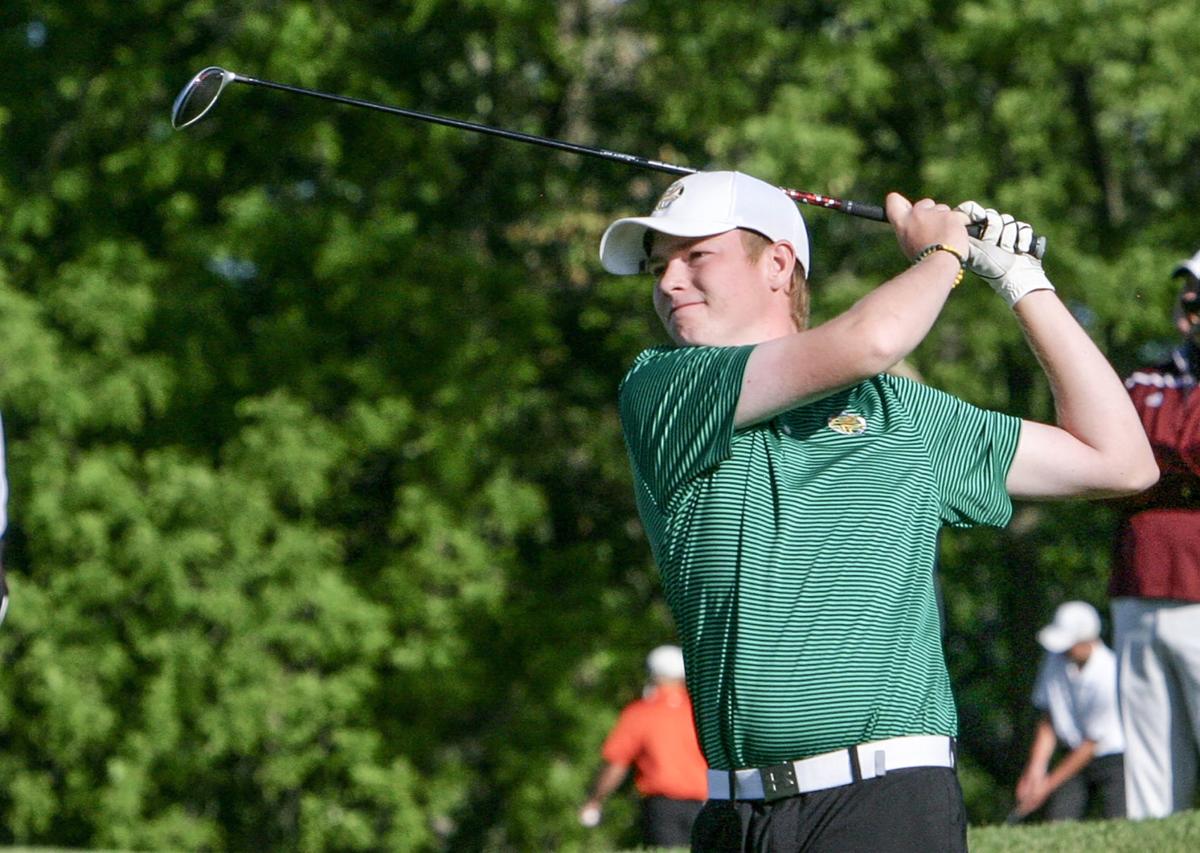 Janesville Parker's Spencer Orley tees off during the first round of the WIAA state tournament Monday, June 4, 2018, at University Ridge Golf Course in Madison. 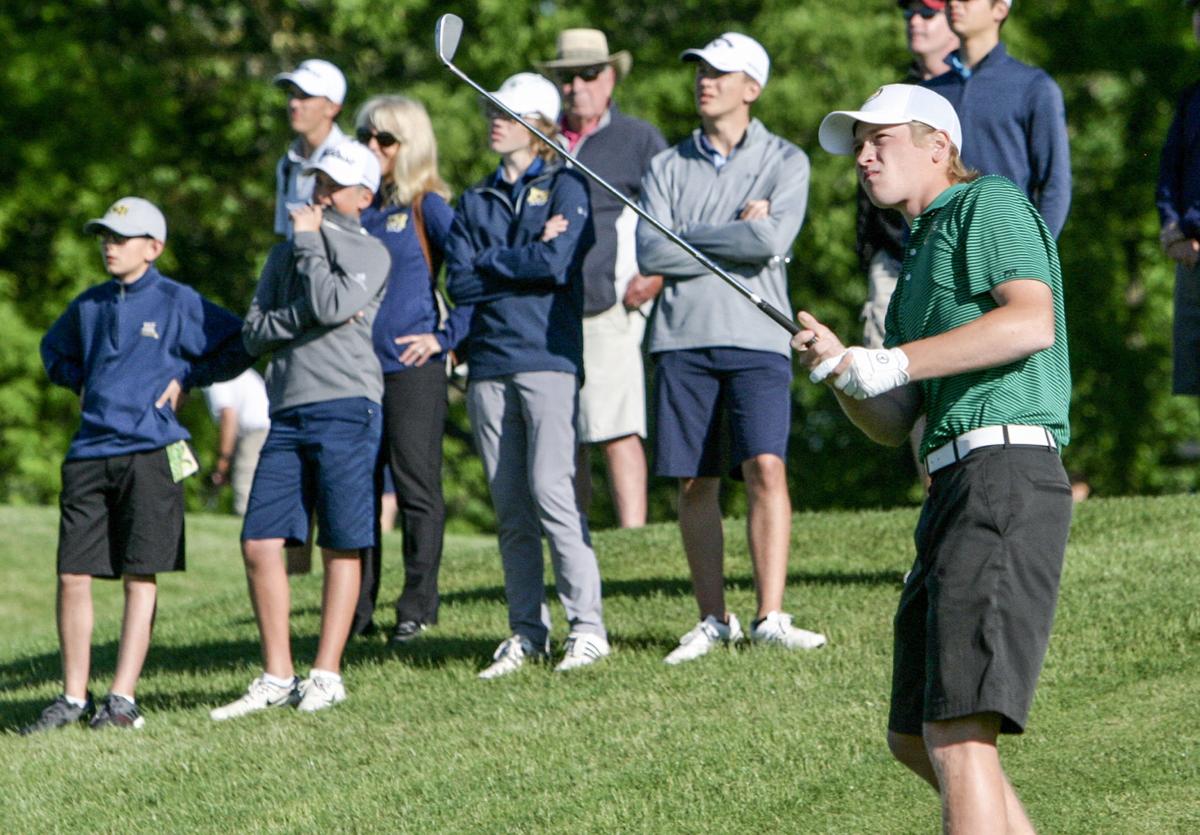 Janesville Parker's Nik Sitter in action during the first round of the WIAA state tournament Monday, June 4, 2018, at University Ridge Golf Course in Madison.

Janesville Parker's Spencer Orley tees off during the first round of the WIAA state tournament Monday, June 4, 2018, at University Ridge Golf Course in Madison.

Janesville Parker's Nik Sitter in action during the first round of the WIAA state tournament Monday, June 4, 2018, at University Ridge Golf Course in Madison.

The Janesville Parker boys golf team had a couple numbers in mind Monday.

First-year head coach Sam Van Galder said he thought a good team score would have been 328, and that the Vikings were hoping for a top-10 finish at the WIAA Division 1 boys golf state championship.

After the first round, their goals are all still right in front of them.

Bolstered by a hot start on the front nine, Parker shot an opening-round 324 at University Ridge. That’s good enough to tie for 11th place heading into Tuesday’s second and final round.

“I’m happy with the 324. My goal in my mind for them was to break 328,” Van Galder said. “After that front nine, I thought maybe something special was brewing, but we slipped a bit on the back.

“Our goal was to finish top 10. So if we can take care of business tomorrow, I think we’ll have a good chance at accomplishing that.”

Arrowhead’s Piercent Hunt leads the individual field after shooting a 3-under 69. He’s one shot clear of Marquette’s Ethan Graham and Merrill’s Russell Dettmering.

Senior Nik Sitter paced Parker. He posted his third birdie of the day on the par-five 11th and was at even par through 12 holes.

“The front nine, everything was going well,” Sitter said. “I could have shot 1 under on the front, but I missed a short putt. I let it go, but on the back nine, it just didn’t go my way. My driver started flaring out a little bit, but I made it work.

“I’m not going to complain about a 76 at state. My first time playing here, it was awesome.”

Sitter played in the same group as Hunt and said that made him want to up his game even more.

Sitter heads to the second round tied for 15th at 4 over.

“He’s really embracing the fact that high school golf is ending,” Van Galder said. “He wants to finish this off with a bang.”

Vikings senior Spencer Orley played his final six holes at even par to finish with an 80. He shot 39 on the back nine, the only Parker player to shoot better on the back than on the front.

“I heard everyone else was doing really good and figured I might as well start,” Orley said. “I was hitting more greens (on the back nine), which makes golf a lot easier.”

Senior Matt Zimmerman was 1 over through eight holes before encountering a string of bogeys on the back nine. Van Galder said sand trap troubles played a key role in Zimmerman’s round of 81.

The Vikings’ fourth counting score was an 87—turned in by both senior Michael Henry and sophomore Kadin Kleman.

The Vikings begin teeing off at 1:12 p.m. in Tuesday’s second round.

Bolstered by an eagle two on the par-4 15th, Lake Geneva Badger junior Blake Wisdom shot a 3-over 75 and is tied for 10th place in the Division 1 field.

Wisdom began on the back nine, and the eagle helped him shoot a 1-under 35 on his opening nine. He was at 1 under with two holes to play before encountering trouble at the last.

With four players all shooting in the low 80s, Edgerton fired a 328 in the afternoon on Day 1 to sit in fourth place in the WIAA Division 2 tournament.

Alec Johnson led the way, shooting 8-over 80 to sit in a tie for 13th. Kyle Wille shot an 82, while Joe Forsting and Jacob Fox each carded 83.

Madison Edgewood leads the D2 field at 303, 23 shots clear of both Rice Lake and Lakeland.