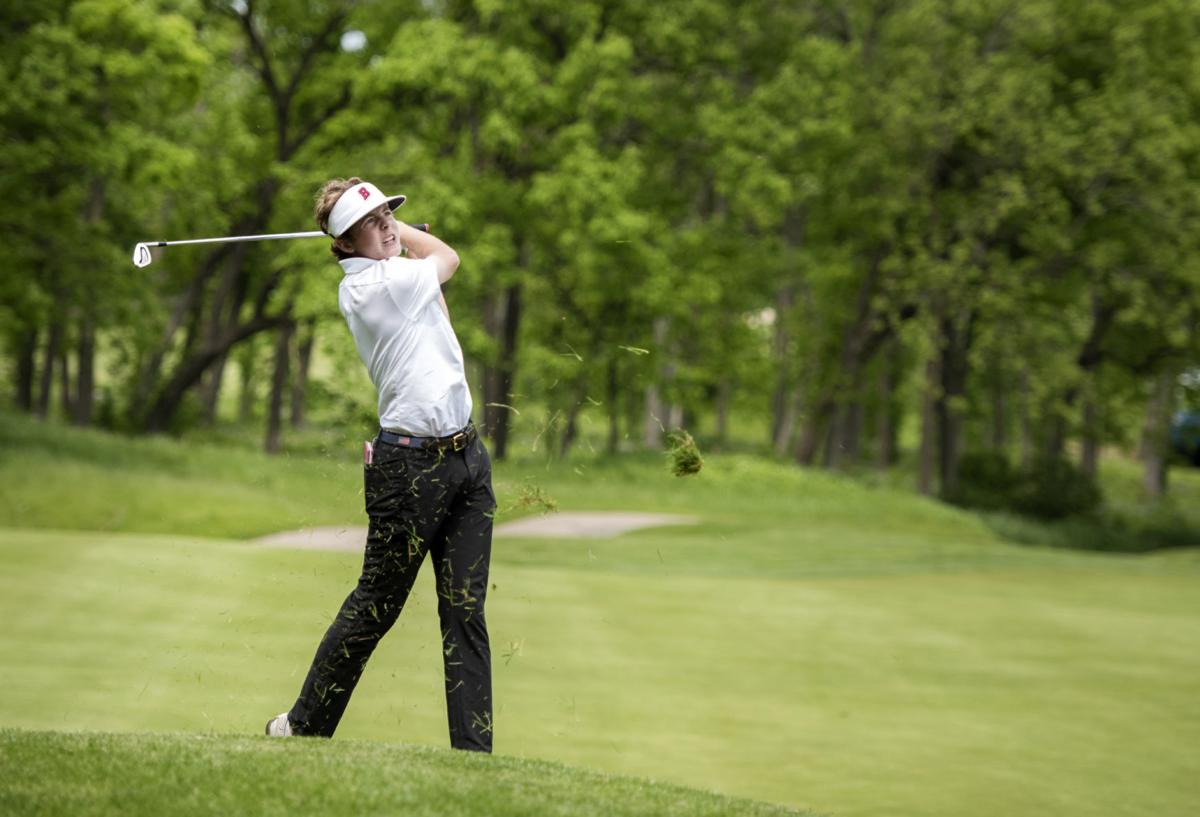 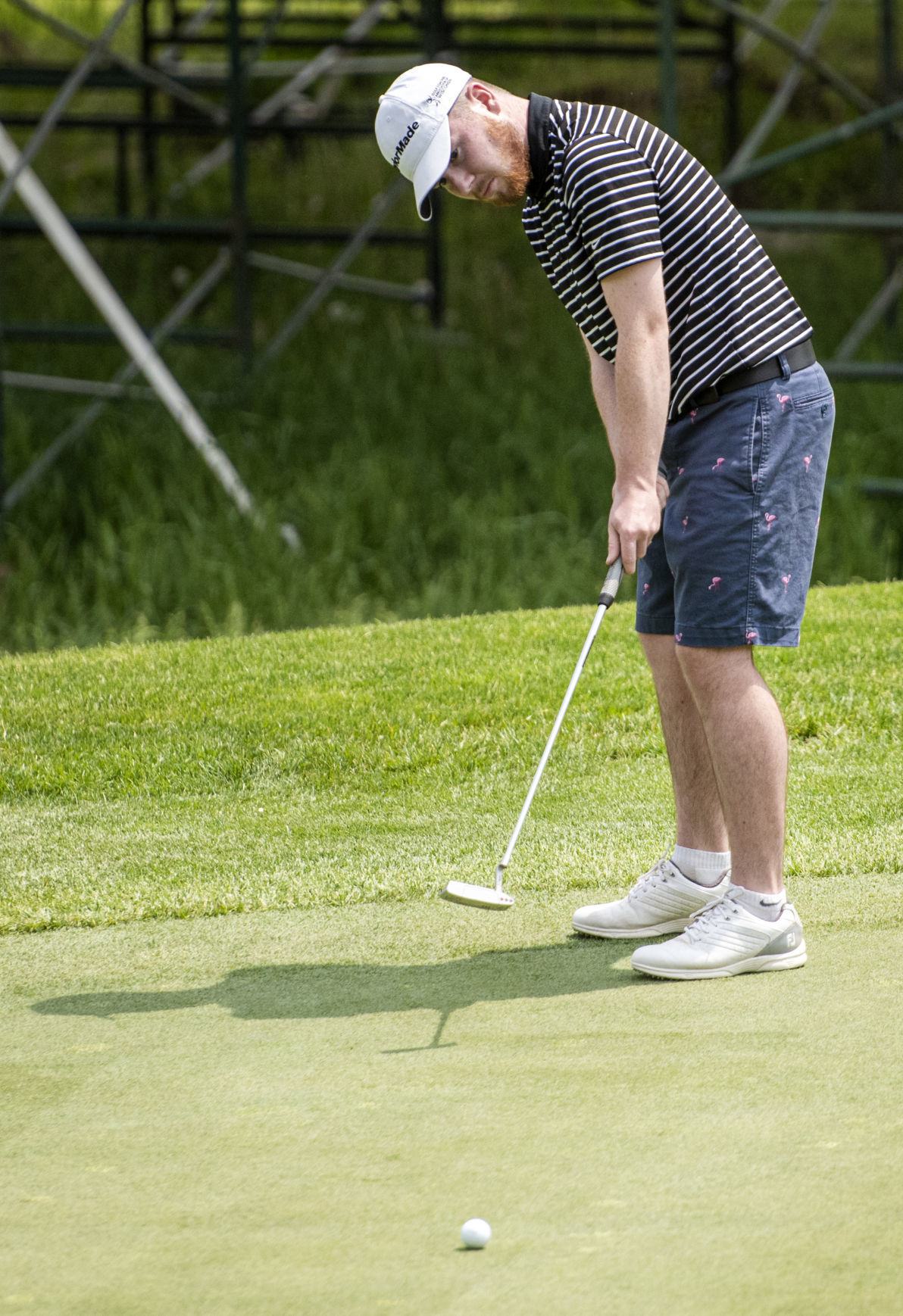 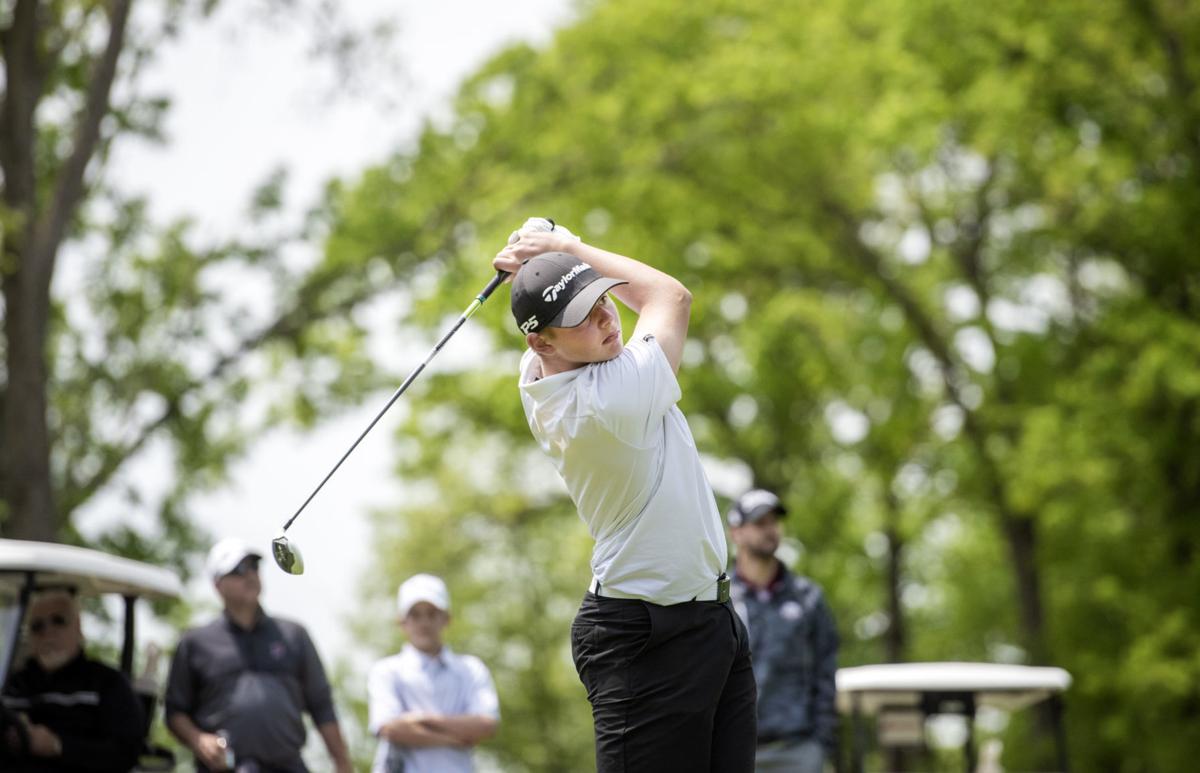 Lake Geneva Badger’s TJ Walton tees off Monday during the WIAA state boys golf tournament at University Ridge Golf Course in Madison. Walton shot an opening-round 75 to help the Badgers shoot 306 as a team. They are 10 shots behind the leader, Marquette University High. 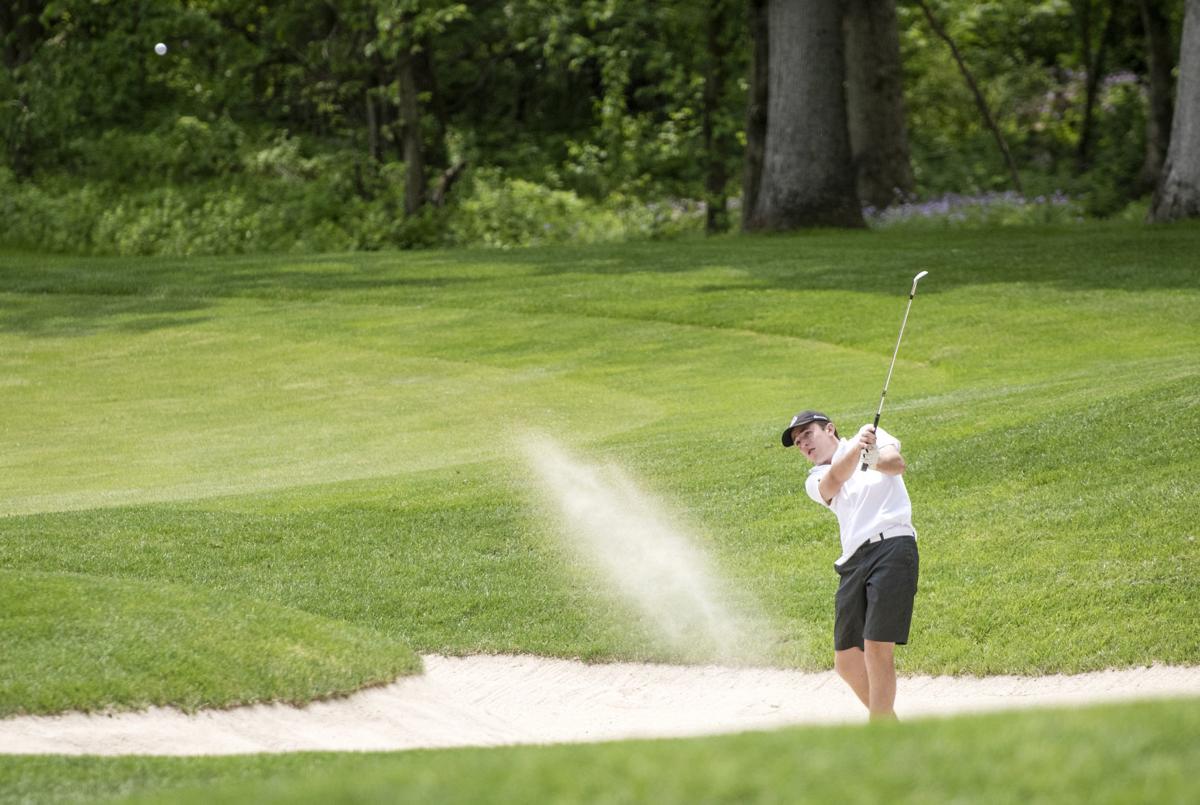 Badger’s Carter Parent hits the ball out of a bunker Monday, June 3, 2019, during the WIAA state boys golf tournament at University Ridge Golf Course in Madison. 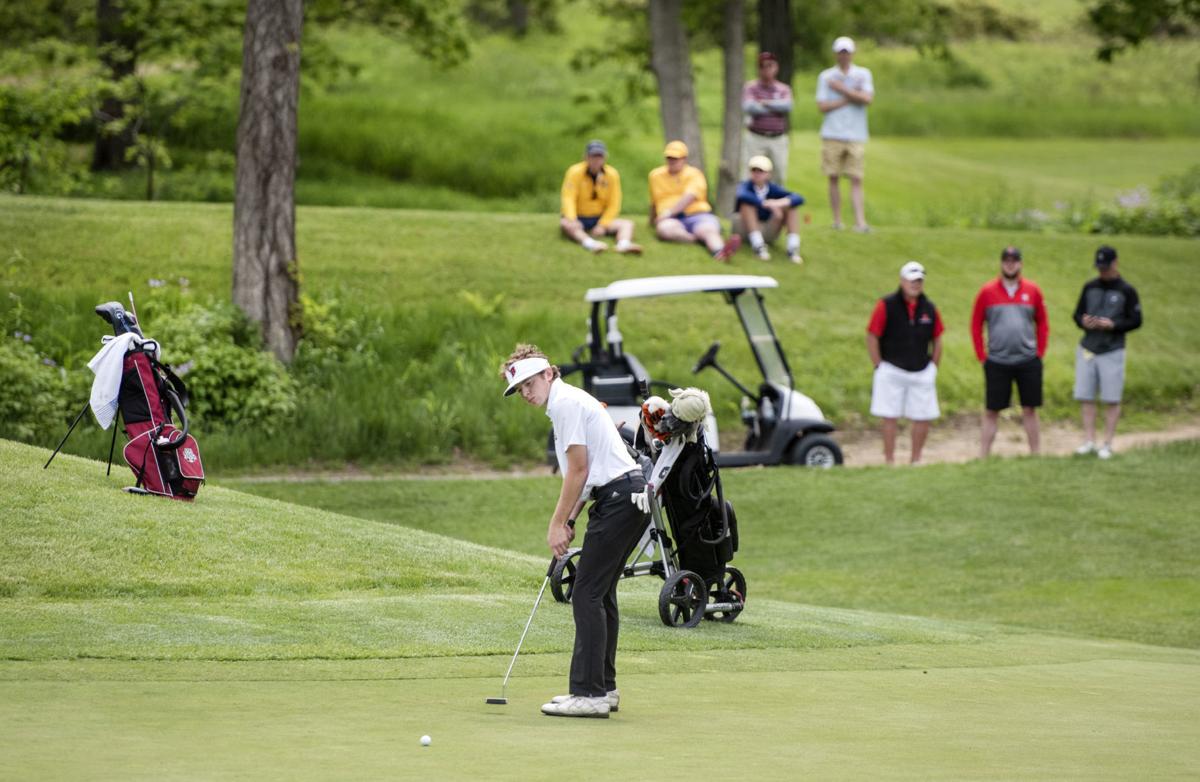 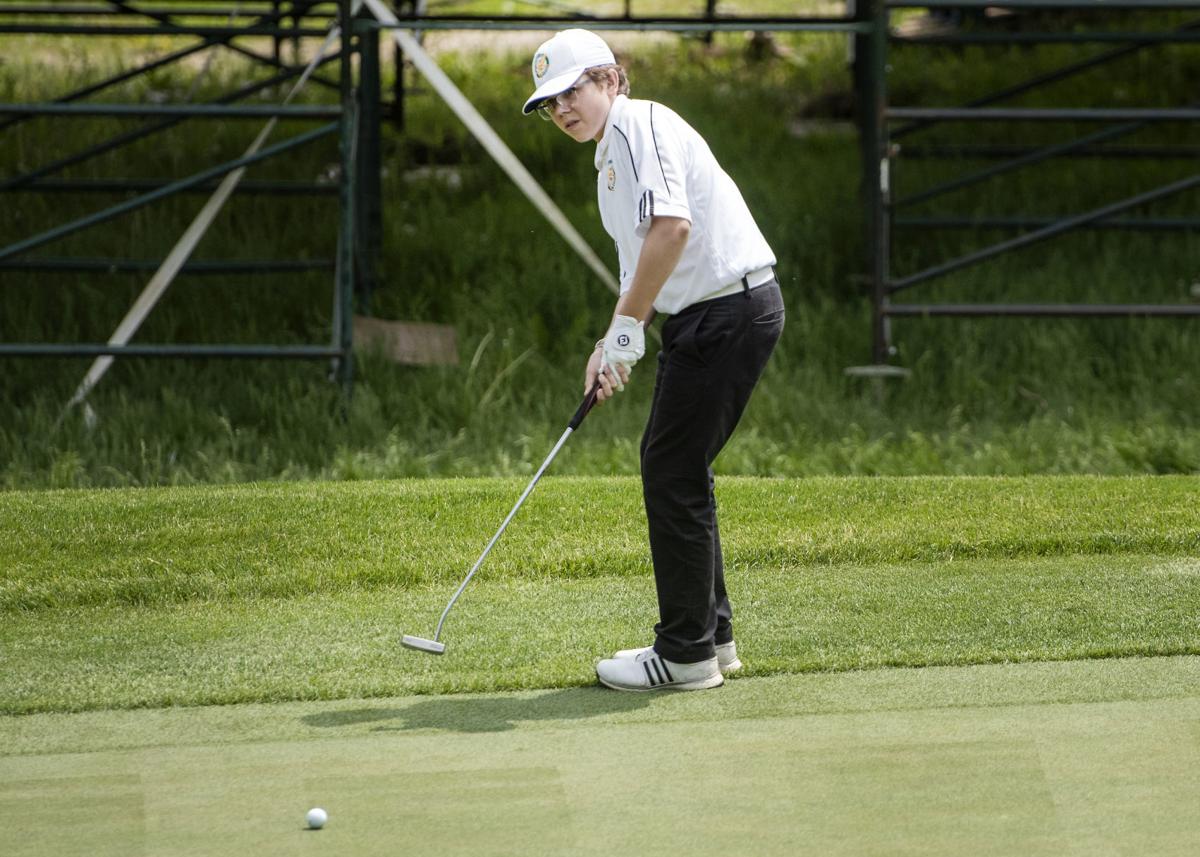 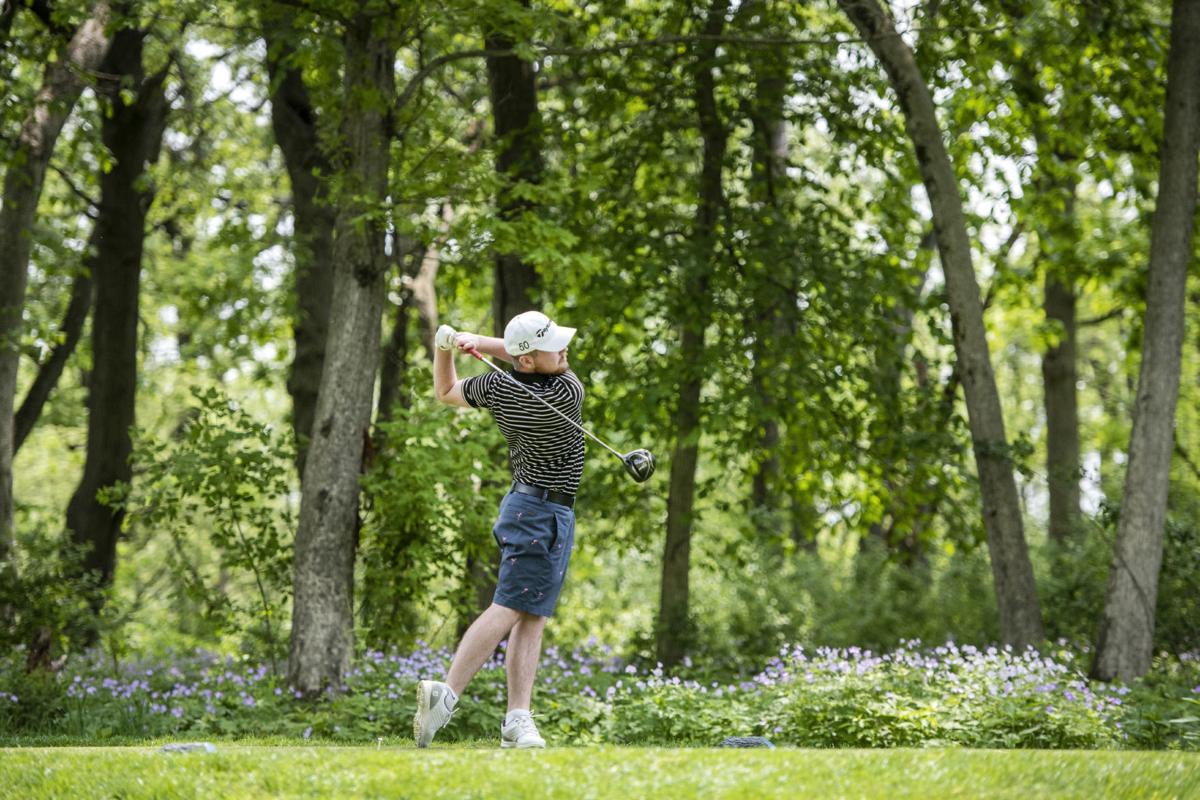 Lake Geneva Badger’s TJ Walton tees off Monday during the WIAA state boys golf tournament at University Ridge Golf Course in Madison. Walton shot an opening-round 75 to help the Badgers shoot 306 as a team. They are 10 shots behind the leader, Marquette University High.

Badger’s Carter Parent hits the ball out of a bunker Monday, June 3, 2019, during the WIAA state boys golf tournament at University Ridge Golf Course in Madison.

Joe Forsting was 3 under par through only three holes, but he kept having the same thought:

No high school boys golfer in any division went lower during the first round of the WIAA state tournament than Forsting. The Edgerton High senior made two eagles on the way to a 5-under-par round of 67 Monday at University Ridge.

He’ll have a four-shot lead on the rest of the Division 2 field when the second round begins Tuesday morning.

And Forsting is not the only local leader. Lake Geneva Badger senior Blake Wisdom fired a 2-under 70 to take a one-shot lead midway through the Division 1 tournament.

Forsting said he had his irons dialed in Monday, giving him full confidence to play aggressively.

“Most of the round I was feeling pretty solid,” said Forsting, who tied for 13th at the state tournament a year ago. “I was honestly just trying to think about getting more birdies.”

Starting on the back nine, Forsting eagled the par-five 11th by finding the green with a 4-iron from about 235 yards out. He followed with a birdie on the par-three 12th and added birdies at the par-four 15th and par-three 17th on the way to an opening nine of 4-under 32.

Forsting bogeyed all three par threes on his second nine, but another eagle at the par-five sixth helped negate those struggles. Forsting said he hit a 3-wood from about 270 yards to the green and made his putt. He also closed with a birdie on the par-five ninth to get to 67.

“We knew we could play really well, but I was just focused on having fun,” Forsting said.

“Now I’m just going to go out (in the second round) and play like nothing happened today.”

Forsting’s low round has Edgerton in third place in the team race after shooting 26-over 314 as a group. Senior Kyle Wille shot 79, while Bryce Tate and Braden Hurst each added rounds of 84.

Edgewood shot 305 to lead Lakeland by a shot. Edgewood is the defending state champion in D2, while Edgerton was runner-up a year ago.

Lake Geneva Badger has been here before, and the Badgers are using past experiences to their advantage.

Senior Blake Wisdom shot 2-under 70 in the first round to lead the Division 1 field. Wisdom, who finished tied for seventh a year ago, leads five different players by one stroke.

The Badgers, making their fifth straight appearance at state, shot 18-over 306 to sit in third place, 10 shots back of leader Marquette University.

“We have four guys coming back from last year, when they shot 317 on the second day,” Badger coach David DeShambo said. They know they can play the course well, and I think that eases things. When your team has been to state five straight years, it makes it a little more comfortable.”

Badger got a round of 75 from its No. 4 player—Luke Abram—who also shot 75 at sectionals. TJ Walton shot 80, and Ben Rademaker had an 81.

Wisdom made three birdies—at the par-five second, the par-four seventh and the par-four 15th—and just one bogey in what was a very clean round.

“This is something he’s looked forward to all year and a goal that he’s had,” DeShambo said. “Today he went out and took the first step toward that.

“He made some great par saves, and that’s important to keep momentum going. He made a 25-footer on No. 8, and he hit his tee shot at the par-three 12th in the bunker but got up and down.”

Two-time defending state champion Piercen Hunt, of Hartland Arrowhead, is part of the five-player pack a shot back.

DeShambo said the key for Wisdom in the second round will be knowing when to get aggressive and when to play it safe and go for the middle of the green.

Individual qualifiersMilton’s AJ Gray shot a 37 on the front nine on the way to a round of 6-over 78. He’s tied for 32nd individually in the Division 1 field.

Janesville Parker sophomore Kadin Kleman was 5 over through 13 holes and finished with an 85 to sit tied for 78th.