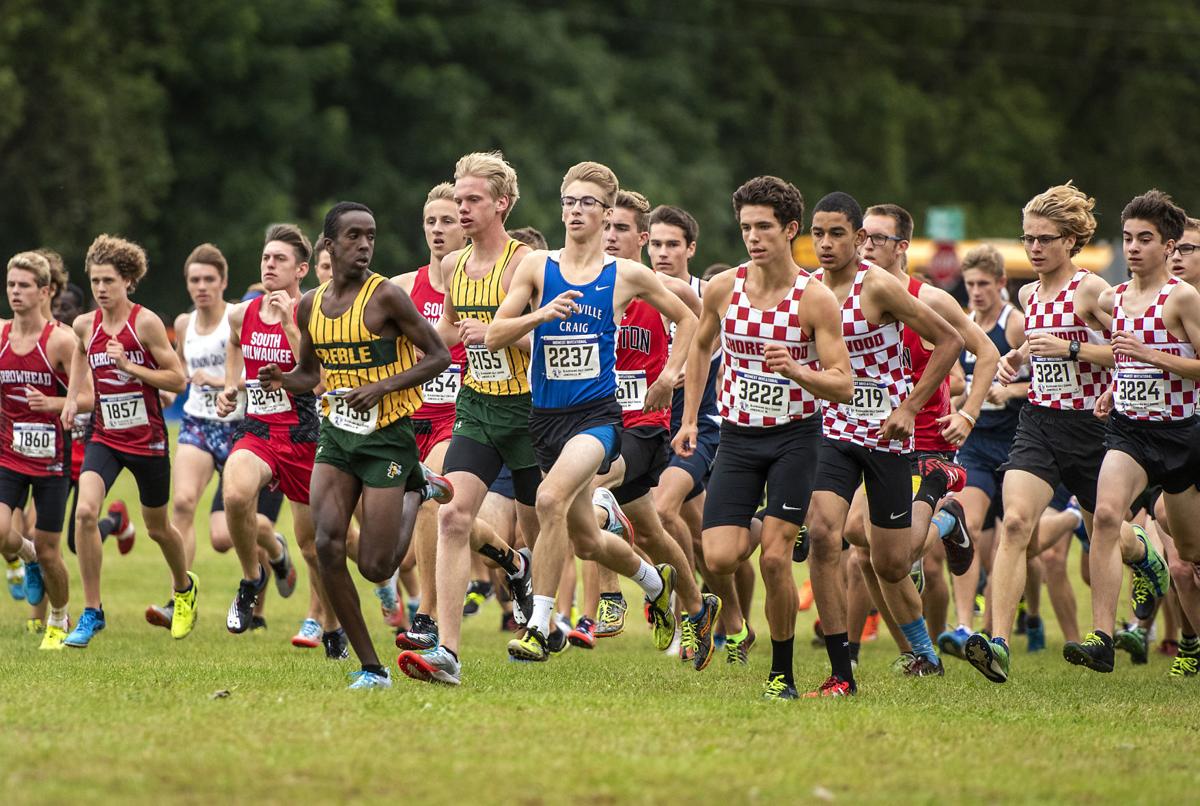 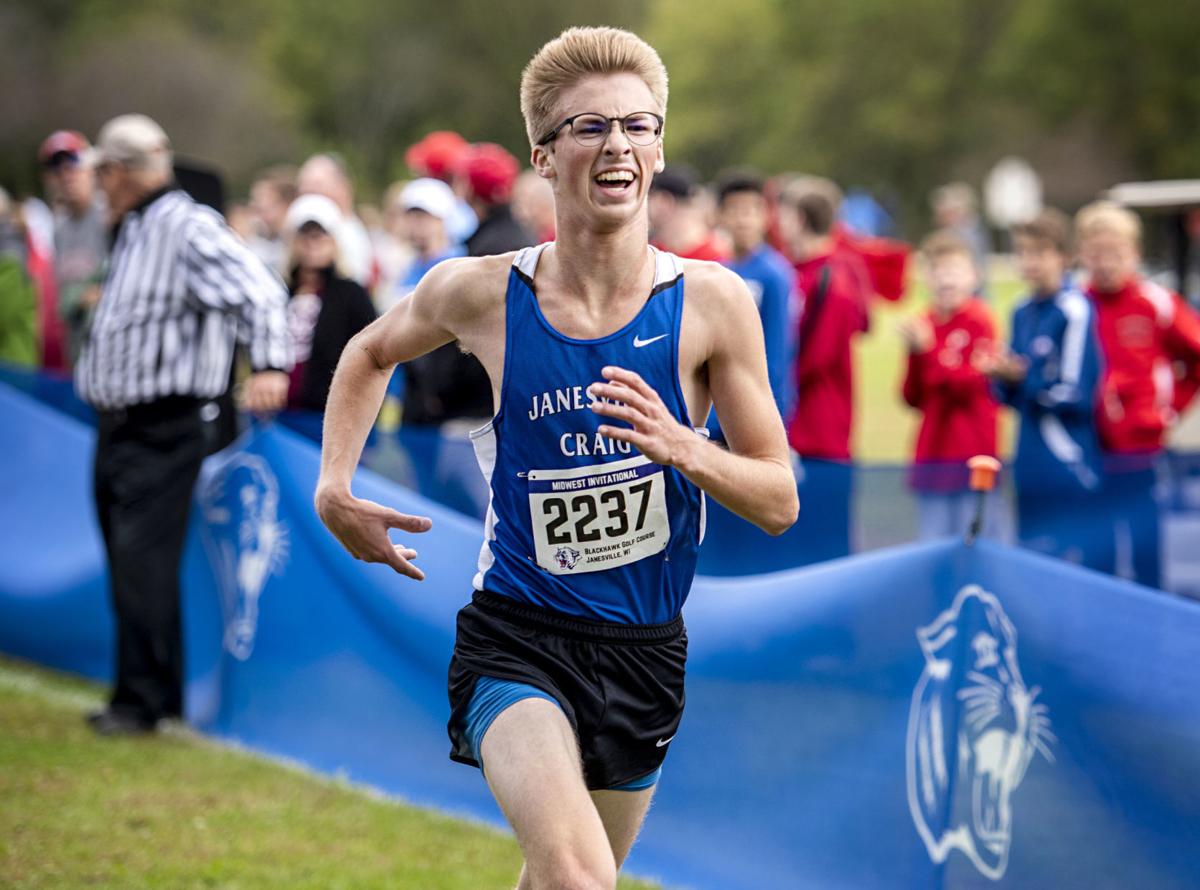 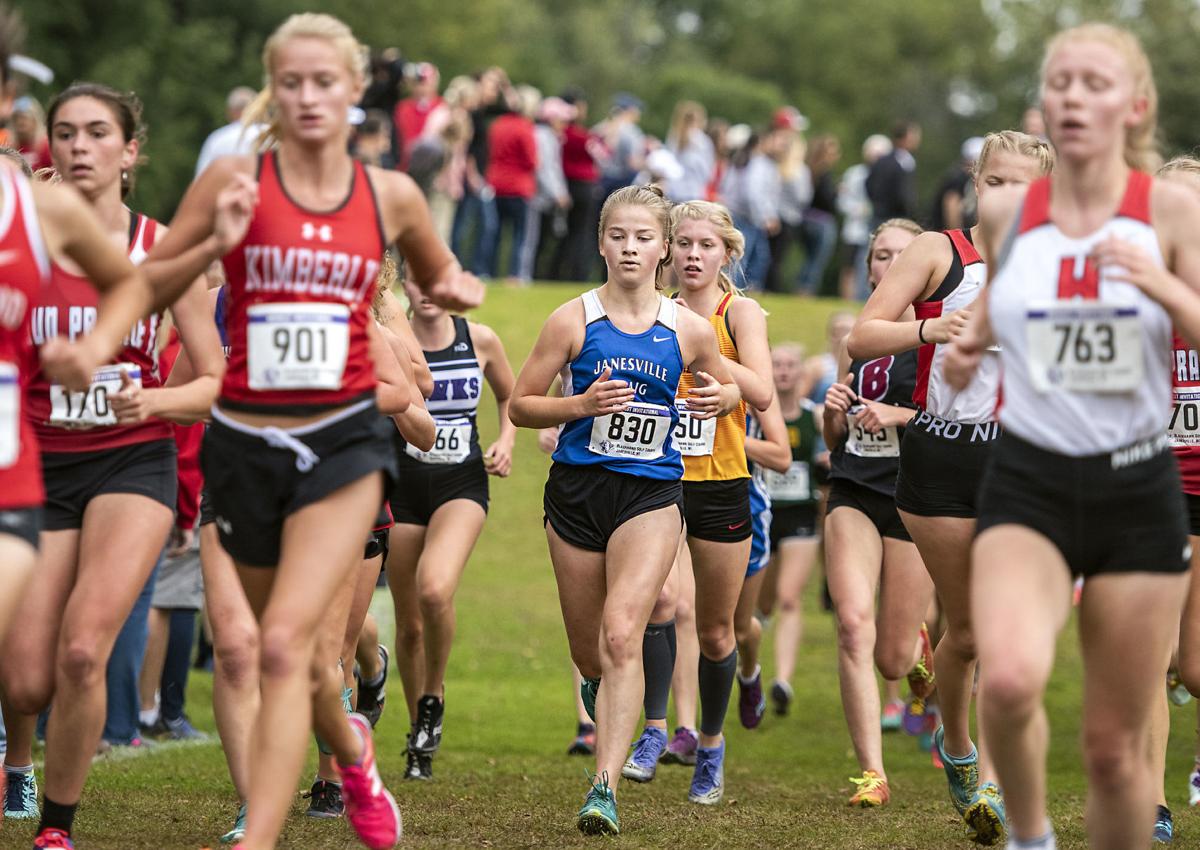 A Craig runner is surrounded by competitors Saturday, September 28, 2019, during the Midwest Invitational boys and girls cross country meet at Blackhawk Golf Course in Janesville. 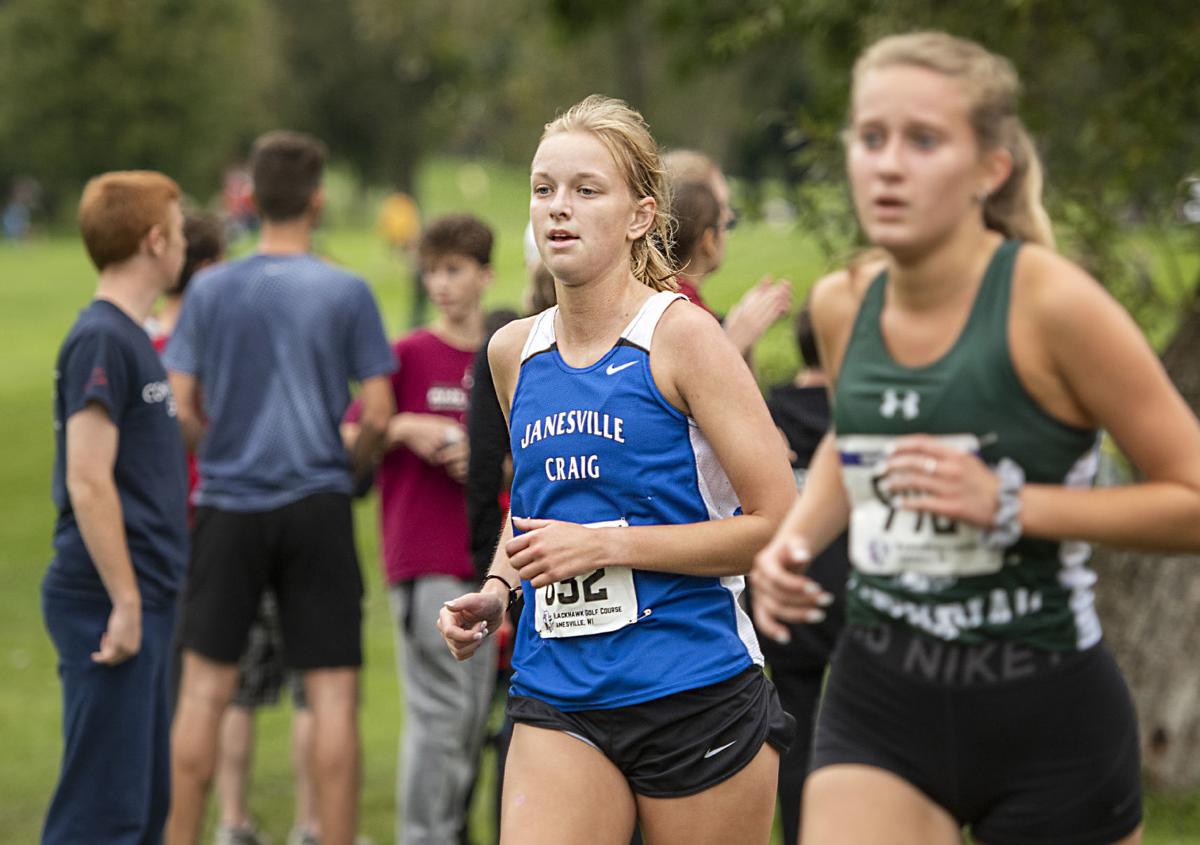 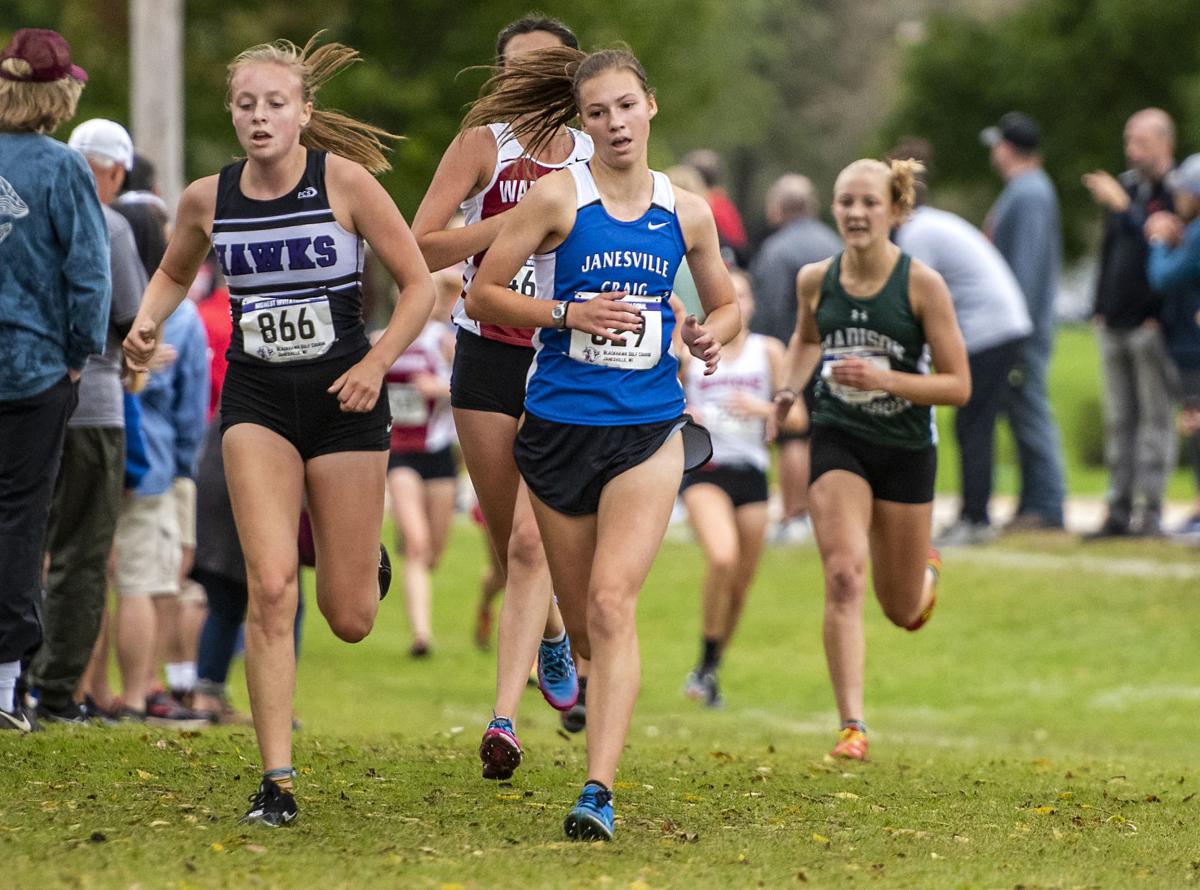 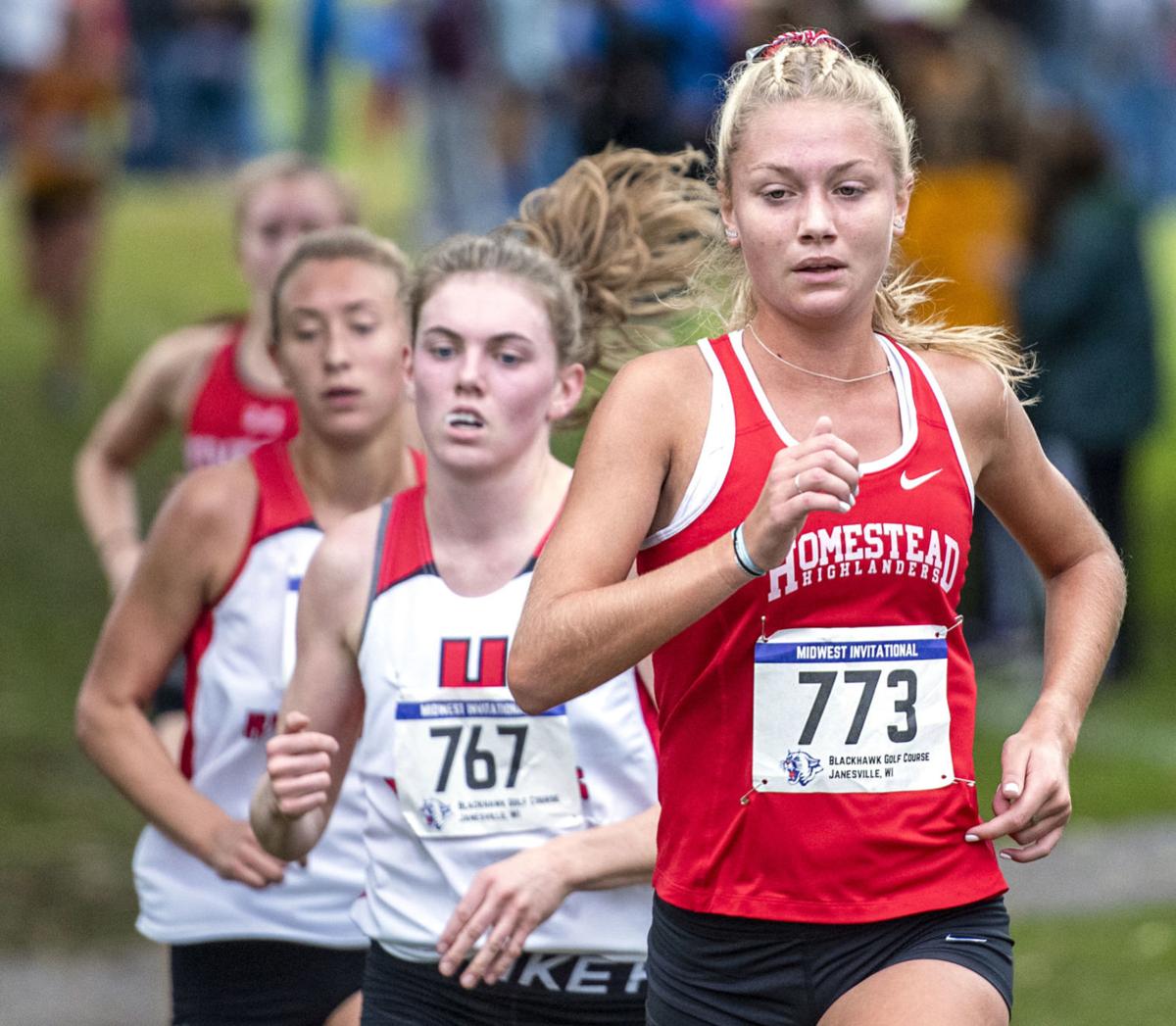 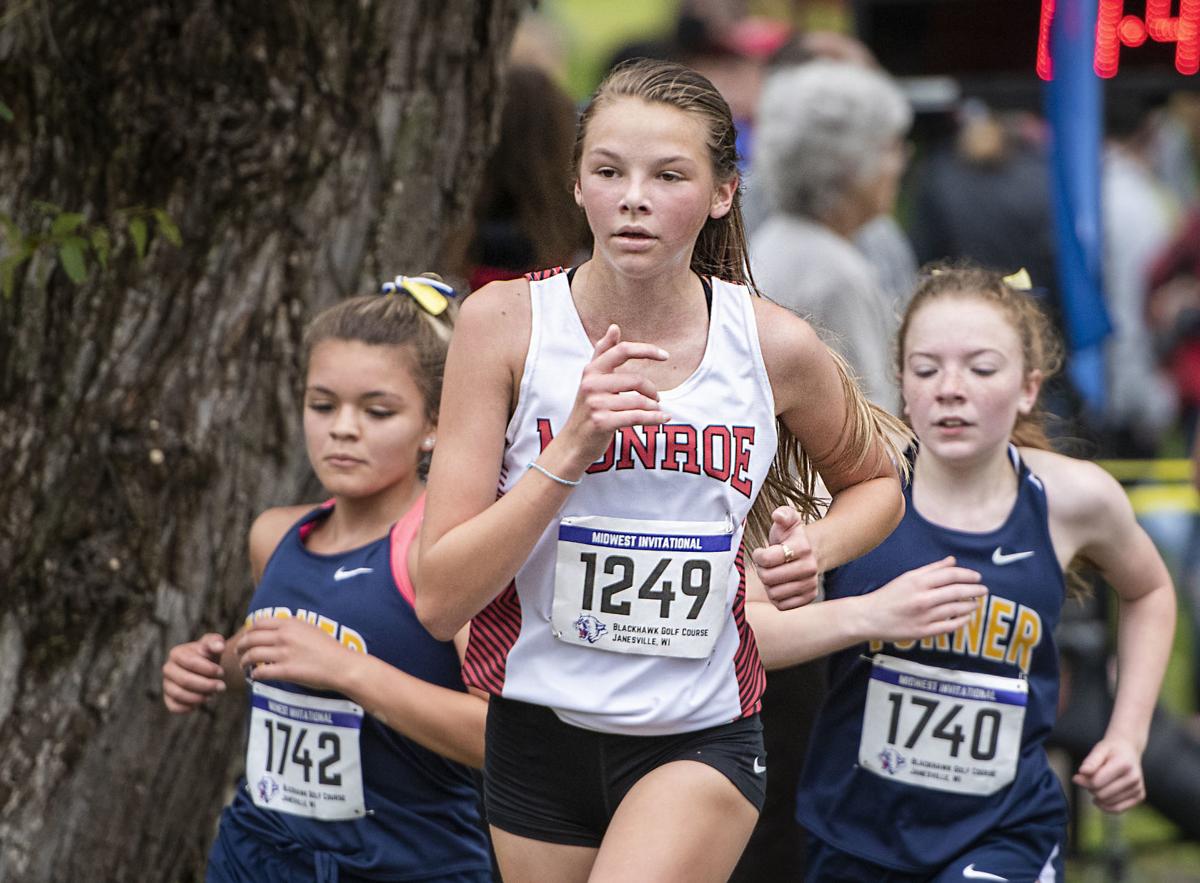 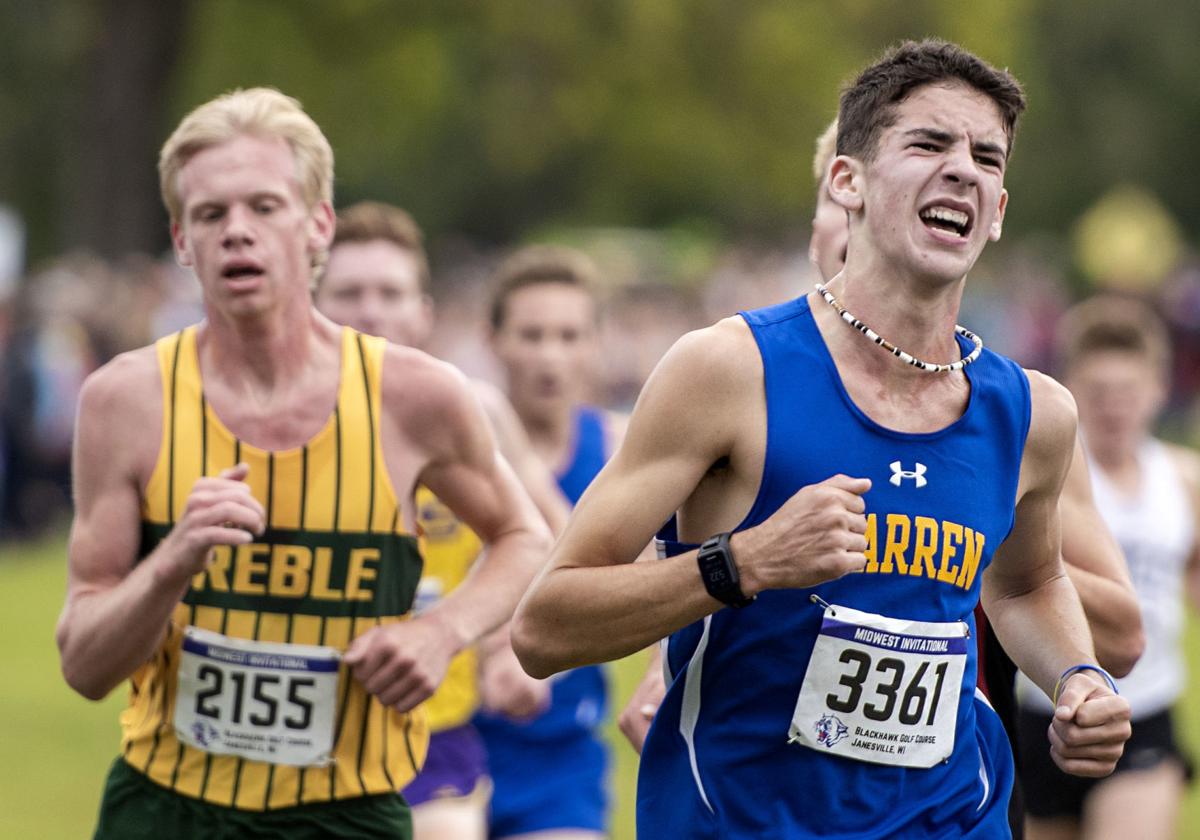 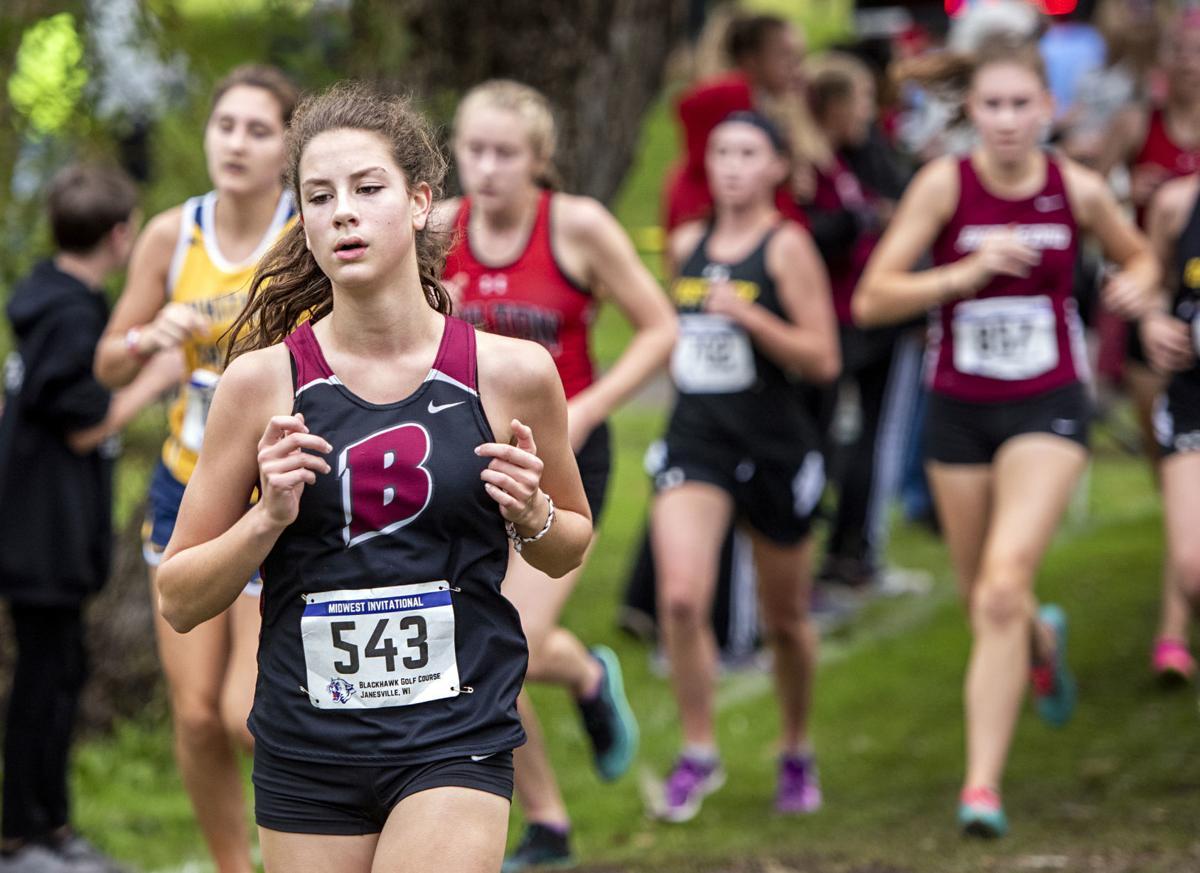 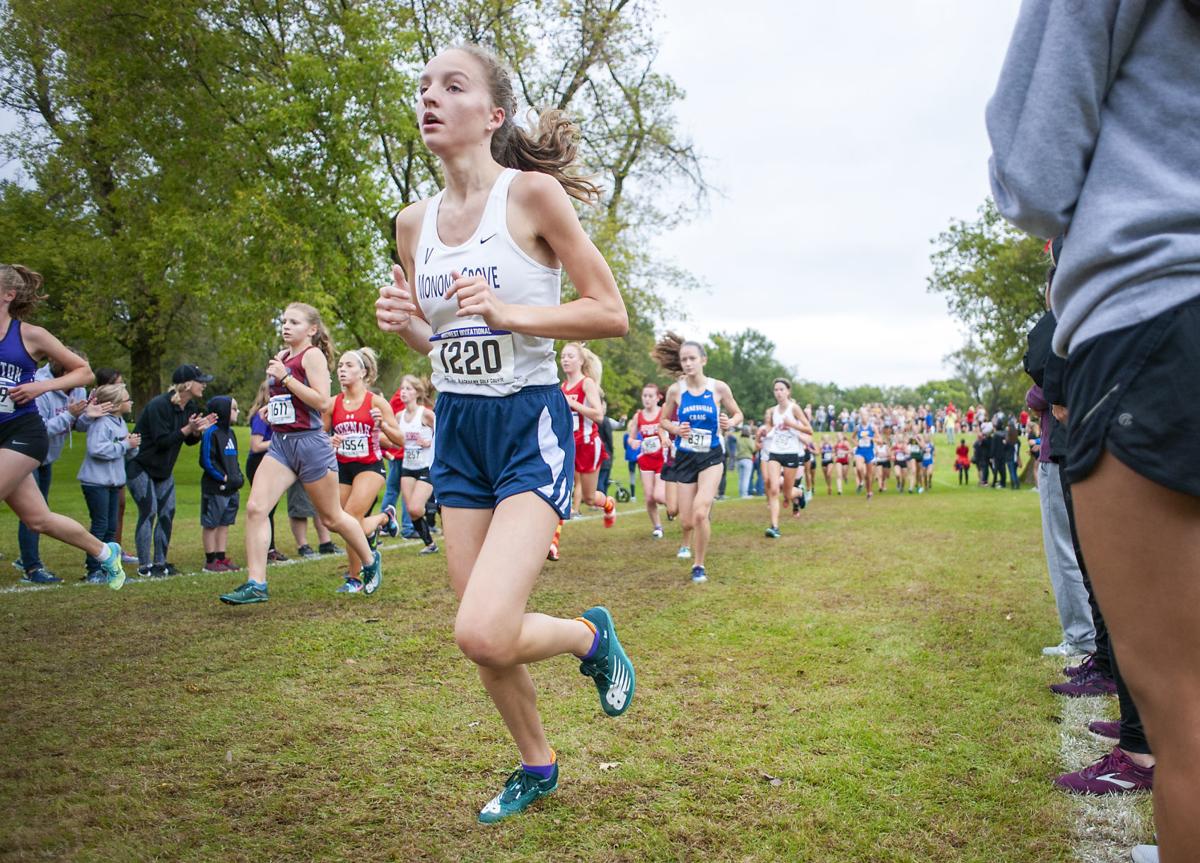 A Craig runner is surrounded by competitors Saturday, September 28, 2019, during the Midwest Invitational boys and girls cross country meet at Blackhawk Golf Course in Janesville.

A disrupted practice, a burger dinner and a short night of sleep do not seem like the perfect buildup to run 5,000 meters—let alone to do it quickly.

But Kopotic, a junior from Sun Prairie High School, made it all work Saturday. She led nearly the entire varsity girls race and then held on with a frenzied finishing kick to win the 82nd annual Midwest Invitational hosted by Janesville Craig at Blackhawk Golf Course.

“Our coaches always tell us to never look back ... but coming around the corners, I could kind of see them,” Kopotic said of her nearest challengers. “Then I felt them on my back.

“I was really excited to race here in a competitive field and elated to have won. It was really fun, and the race in the finishing chute was so exciting.”

Kopotic finished in 18:35.5, winning by just two-tenths of a second over Hinsdale (Illinois) Central’s Emma Watcke.

It was an eventful 18 hours leading up to the race, beginning with a gun threat at Sun Prairie High that forced an evacuation.

“In the middle of practice, we were warming up upstairs in our athletic room, and then we all had to basically sprint out of there and go to the district office about a mile away and couldn’t come back for a couple hours,” Kopotic said.

Authorities evacuated the school later reported not finding anyone or anything matching the threat.

“So there was nothing there, but then it was raining,” Kopotic said. “Then my dad brought home burgers, and I was like, ‘I guess I’ll eat those.’ Then I didn’t get much sleep.

“But you’ve got to put that all away on race day.”

The “big blue blob” did its best to stick together again Saturday.

That’s what the Craig girls team often refers to itself as, because the Cougars typically wind up a handful of runners toward the front of the pack.

That was the case again Saturday, as Craig’s top five runners all finished in the top 50 to take fifth place with 188 points. Hinsdale won with 85, while Mequon Homestead was second with 109.

“I was trying to get up Maddy (Arrowood) and be up there with the girls, and there is a really great downhill out there that I tried to use to my advantage,” Lorenz said. “I looked at the clock when I went through (at the first mile split) and I was like, ‘Holy cow!’

Sophomore Rylee Coleman set a new personal best by more than a minute and a half to finish 36th, while junior Clare Hulick was 37th, Arrowood 41st and senior Ivy White 51st. White had both her feet stepped on early in the race, lost her shoes and ran the rest of the way in socks.

“She just kicked them off and kept going, so that’s Cougar Pride right there,” Lorenz said. “We all just work for each other, and it’s a very team-oriented thing. We’re thinking about each other.”

When Alex Vance’s Oconomowoc High School career began, he was in awe of the size of the field at the Midwest Invitational and never saw himself being part of the lead pack in such a prestigious race.

On Saturday, the senior capped his career there by leaving the rest of the pack behind him.

“Just go out fast and see who wants to go with,” Vance said of his mentality. “This is really cool. When I ran here as a freshman and sophomore, I never thought I would win here or anything like that.”

Craig junior Bryan Bloomquist finished in fifth place in 15:58.7. He is coming off an ankle injury and bit of illness and was happy to achieve his goal of clocking in less than 16 minutes, he said.

“I knew Vance and a lot of good guys would be here; it’s basically like state,” Bloomquist said. “So to get fifth was a good accomplishment for me. I’m happy. We’ve got Homecoming tonight, so I was happy to start the day off right.”

What did area runners do to try and achieve a PR--a personal-record time Saturday at the Midwest Invitational? Some picked out a fast runner and attempted to stay close, others kept an eye on split times and one leaned on a song.