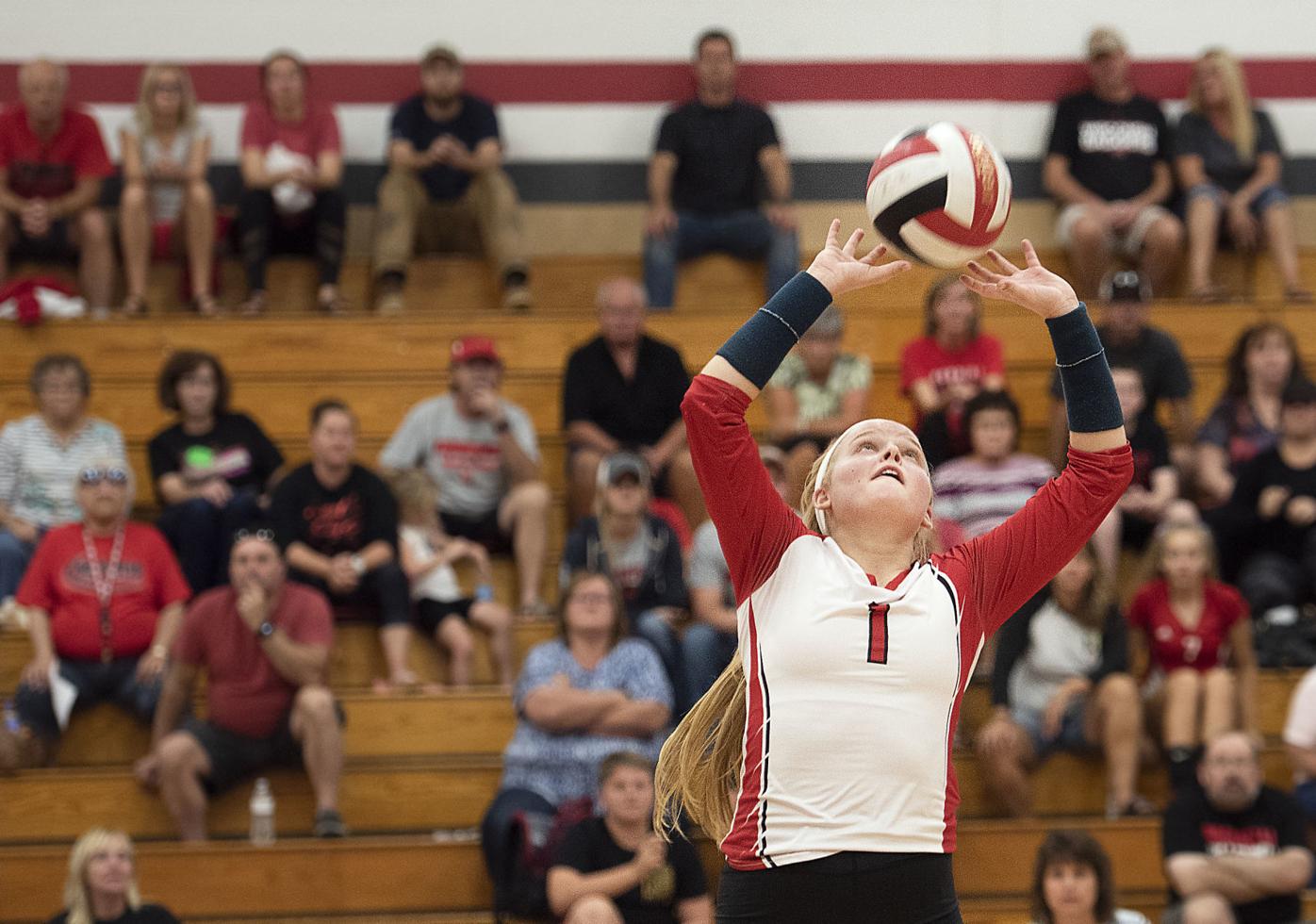 Brodhead's Abbey Johnson (1) sets the ball during the Cardinals' game against Big Foot on Tuesday, September 11, 2018, at Brodhead High School. 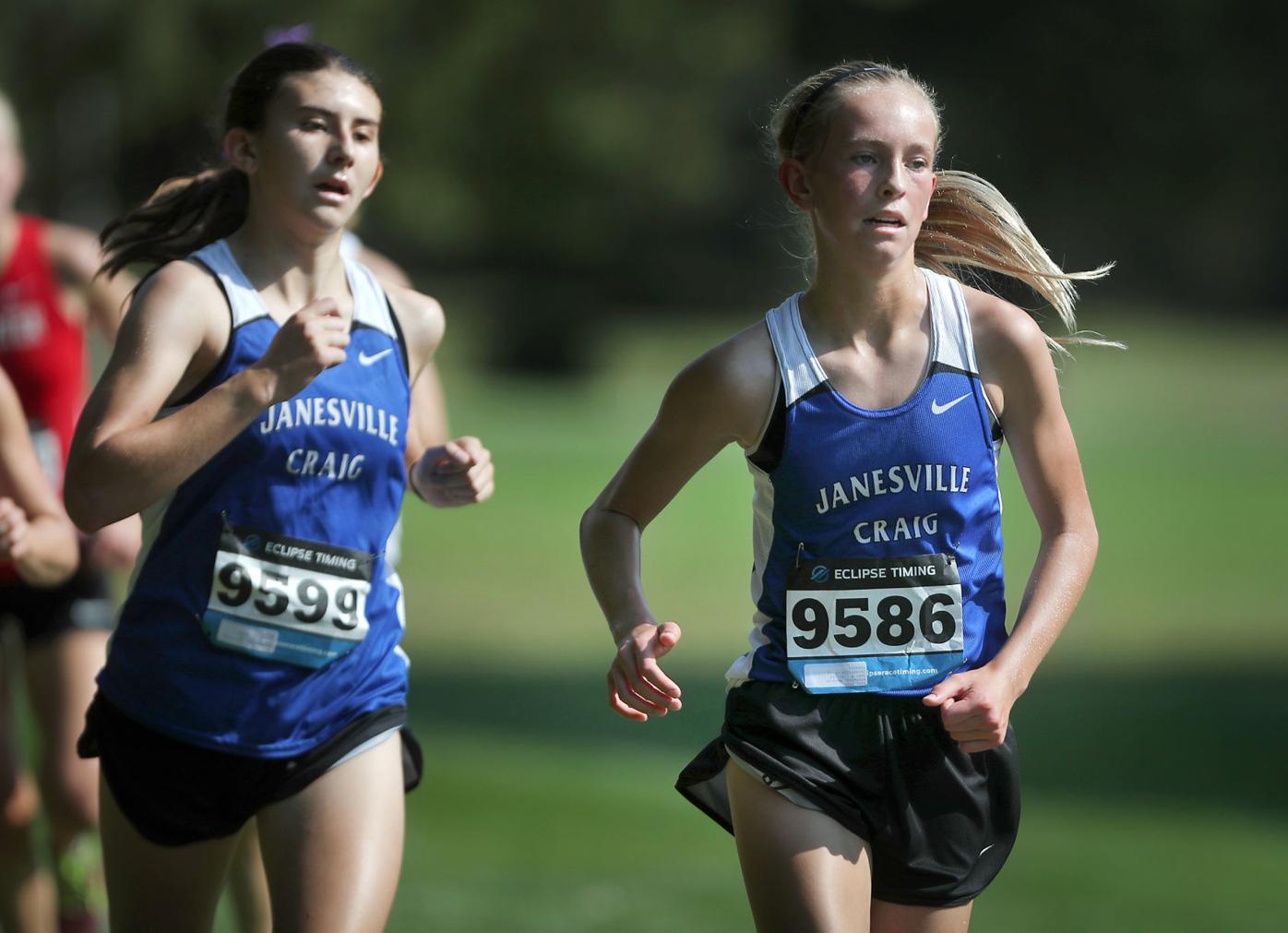 Brodhead's Abbey Johnson (1) sets the ball during the Cardinals' game against Big Foot on Tuesday, September 11, 2018, at Brodhead High School.

Five notable performances in area high school sports from the past week and five events to watch over the next seven days:

Richy Martinez, Lake Geneva Badger football—The senior running back scored four touchdowns to help the Badgers pick up their first victory of the season Friday. Martinez scored from 16, 63, 12 and 16 yards in a 51-14 romp over Westosha. He finished with 201 yards on 16 carries.

Kailee Sitter, Janesville Parker/Evansville girls swimming—Sitter won two individual events and was part of a winning relay to help the Vikings to a victory over visiting Madison East on Friday. Sitter won the 200 IM in 2:26.80 and the 500 freestyle in 5:42.43.

Dai’Vontrelle Strong, Turner football—Strong scored three first-quarter touchdowns to help the Trojans to a hot start, and they held on to beat Brodhead/Juda on Friday. Strong scored on passes of 19, 24 and 64 yards from quarterback Kenny Draeving.

Abbey Johnson, Brodhead volleyball—The Cardinals continued their hot start to the season with a pair of sweeps to open Rock Valley Conference play. Johnson, a senior, posted 13 assists, 13 digs, three blocks and two aces in beating Big Foot at home Tuesday. She added 11 kills, 11 digs, four aces and 18 assists in a win at Clinton on Thursday.

Tressin Kussmaul, Janesville Craig football—The Cougars asked their senior running back to carry the ball 24 times, and Kussmaul answered the call. He finished with 161 yards and one touchdown in Friday’s 17-10 victory at La Follette.

WHAT TO WATCH FOR

Midwest Invitational cross country meet, Saturday morning, at Blackhawk Golf Course, Janesville—One the of oldest and most revered multi-state high school cross country events returns to the course at Blackhawk. A community 5k run kicks off the event at 8:15 a.m., followed by several high school races that will feature more than 2,500 student-athletes.

Intriguing volleyball matches Thursday night—At 6:30 p.m., Janesville Craig hosts Sun Prairie in a battle of Big Eight Conference teams expected to finish at or near the top of the league standings. At 7 p.m., Milton hosts Oregon in a battle of teams with 3-1 records trying to keep up with unbeaten Watertown in the Badger South.

Turner at Edgerton, football, 7 p.m., Friday—The host Crimson Tide have been rolling to convincing victories during their four-game winning streak. Turner has been holding on in recent weeks, but is also 4-1. The winner remains on the heels of league-leading McFarland.

Janesville Craig at Madison East, football, 7 p.m., Friday—The Cougars can clinch their second straight postseason berth and third since 2008 with a win.

Postseason golf—We’re just past the midway point of September, but the fall postseason is upon us. Area conference golf meets are Tuesday (Badger South, Southern Lakes, Rock Valley) and Thursday (Big Eight).